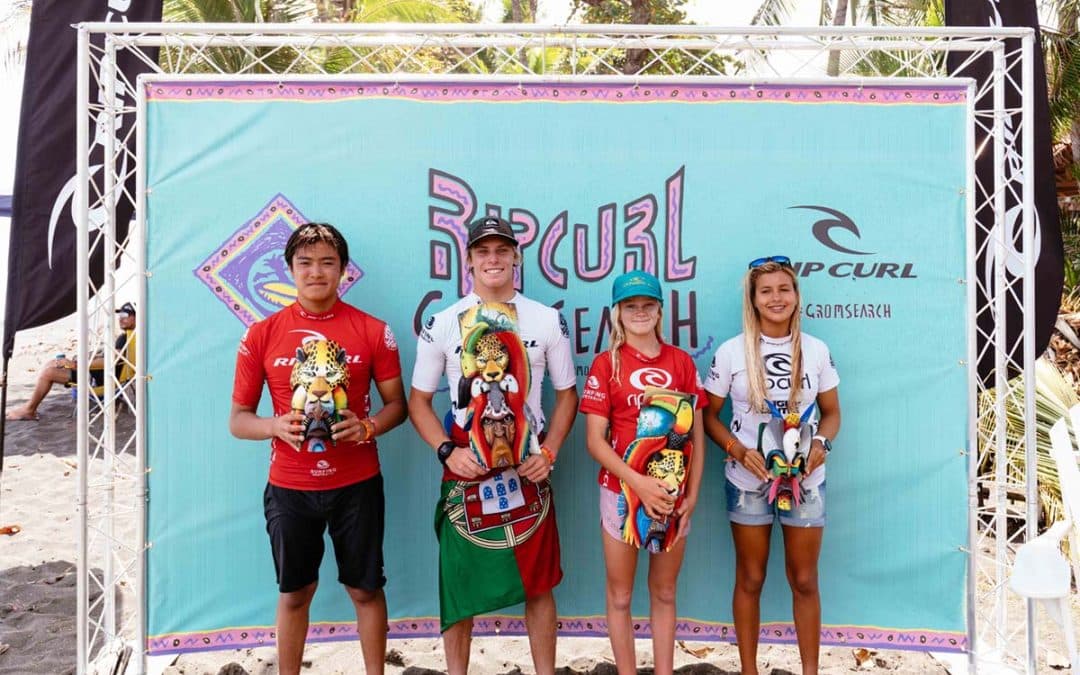 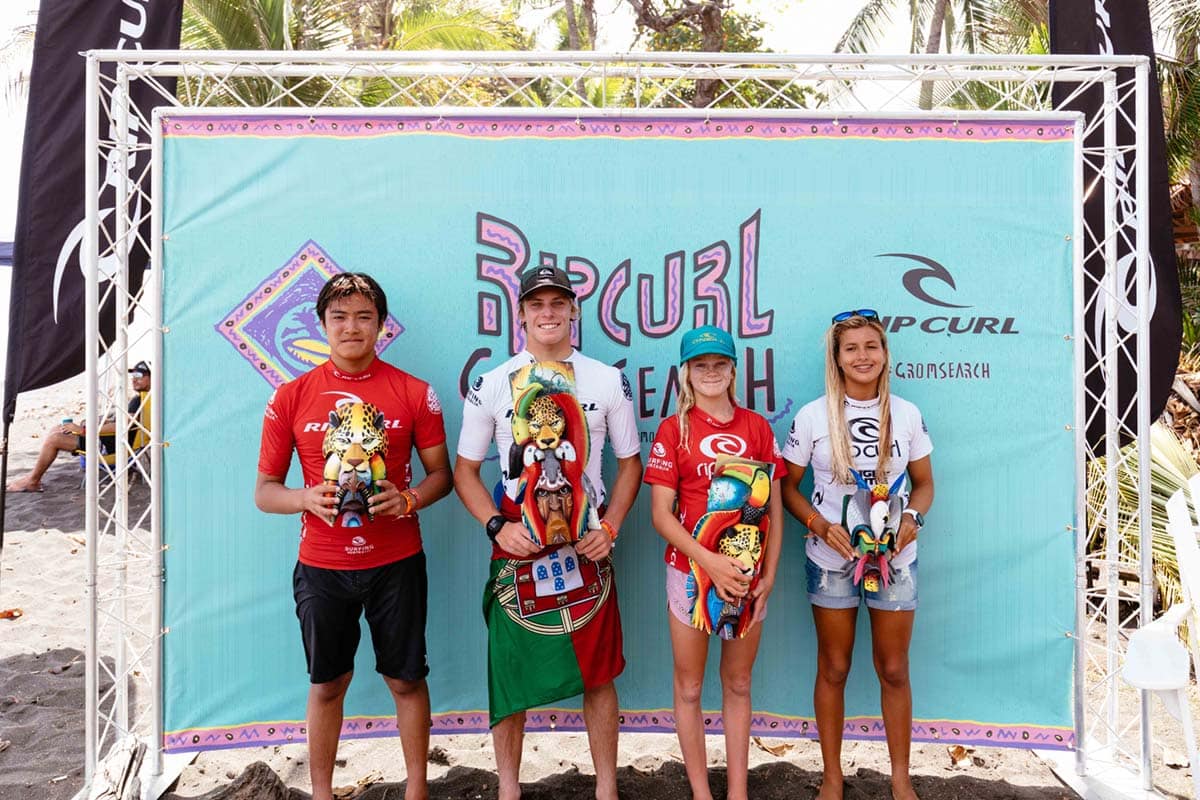 May 18, 2019
With twenty years of Rip Curl GromSearch history, as well as celebrating fifteen years of International GromSearch Champions, today two surfers added their names to the prestigious winners list. Afonso Antunes (PRT) and Caitlin Simmers (USA) will forever have their names engraved in the GromSearch history books, as they battled against the very best 16 & under talent from all over the globe. Twelve countries represented the competitor field, which was heavily tested by the pounding five-to-six-foot Playa Hermosa surf. With beautiful sunny skies, light winds, and a large crowd on hand, all the ingredients were provided for the groms to put on a quality show. 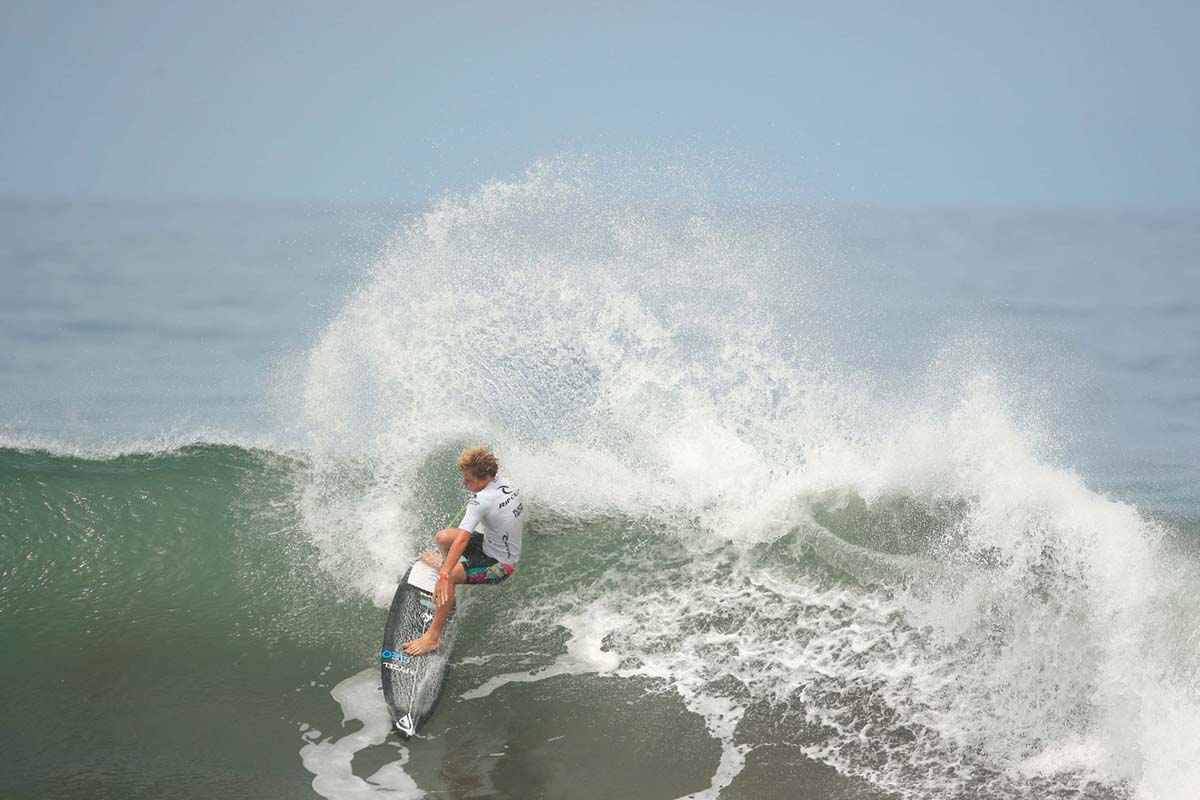 The local Costa Rican contingent made the most of their opportunities with three male surfers entering the quarterfinals, but it was only Sam Reidy who advanced to the semifinal, falling short to an in-form Afonso Atunes. On the other side of the draw Taro Watanabe (USA) was able to secure a spot in the final by defeating Adur Amatriain (ESP). Watanabe was a clear standout as he posted three of the top five combined heat totals of the entire event.

“This entire contest was so exciting because the level of surfing was so high. Everyone was surfing so good and every heat was exciting to watch and to be in. Even though I didn’t get many opportunities in the final, just being in the final with Afonso was my highlight,” explained Watanabe.

Lully conditions didn’t allow for Watanabe to answer back to Atunes’s quick start in the boy’s final as he opened with a 7.33 using a ferocious backhand combination of manoeuvres and backed it up with a 6.70 to put the heat out of reach. 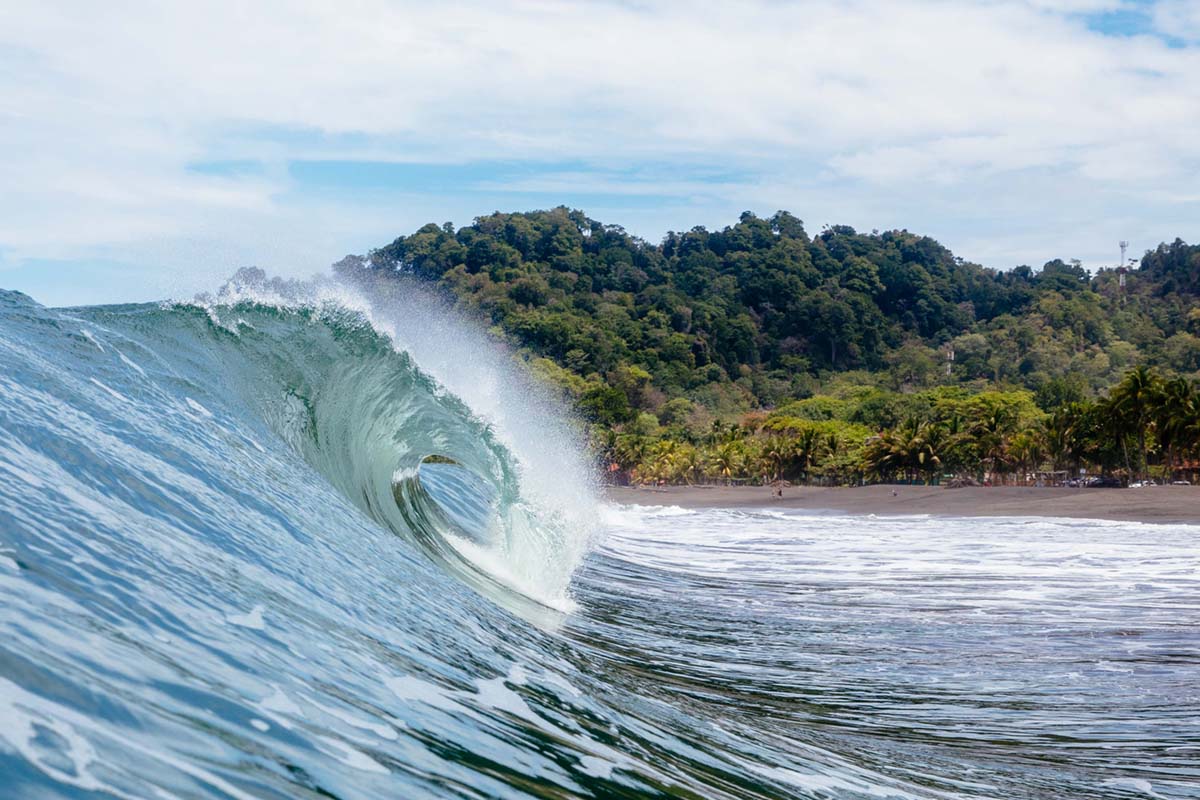 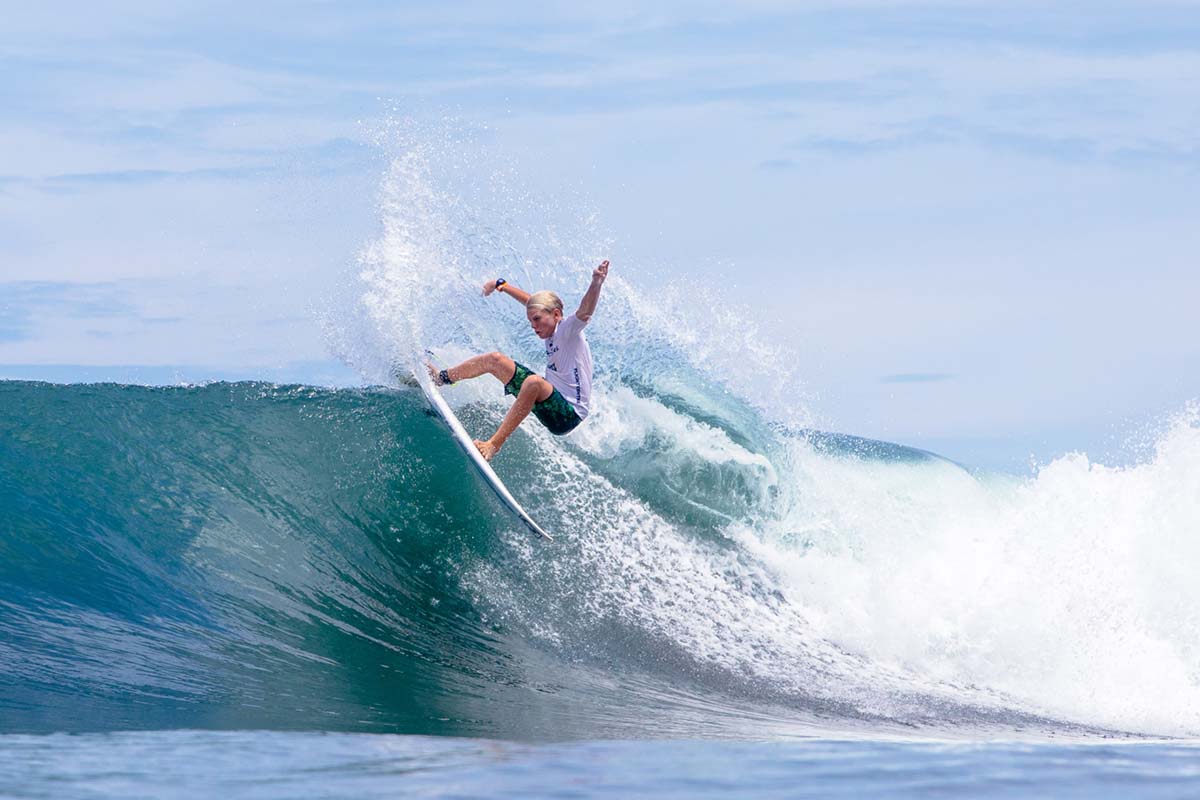 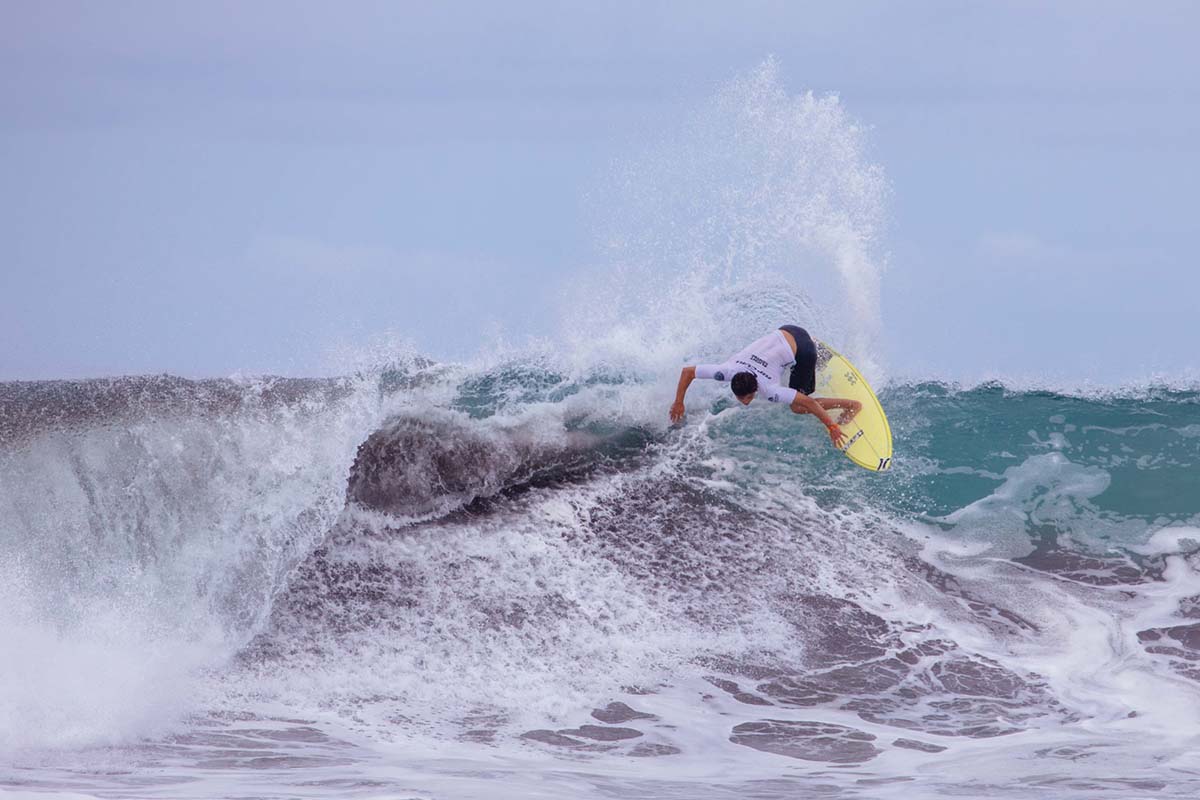 “I don’t have many words to describe how I’m feeling, I’m over the moon right now. I worked so hard for this, to get the job done; I’ve been doing a few events to train for this competition, and I did it! I love this event because I got to meet new friends, plus the waves were amazing, and I love Costa Rica. I definitely want to come back to this beautiful place,” described an enthusiastic Antunes.

15-year-old, Atunes, is only the second European to ever win the GromSearch Int’l Final, following in the footsteps of WSL WCT competitor, Leo Fioravanti (ITA).

Shifting to the highly anticipated girl’s Final, the event saw its youngest Champion in history, as 13-year-old, Caitlin Simmers absolutely dismantled the field on her way to victory over Valeria Ojeda (CRI). Simmers repeated her sensational performance from Day 2, as she once again secured the day’s highest wave score (8.83), and combined heat total (17.00). 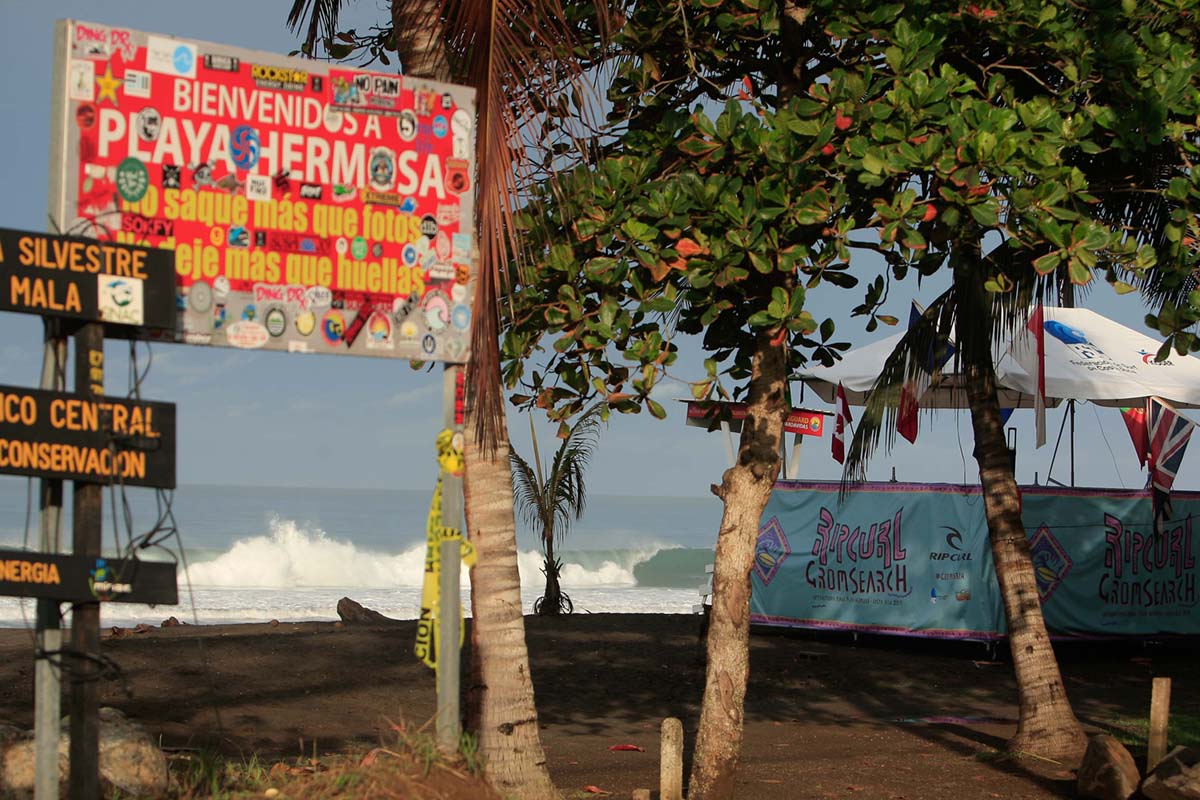 “I’m really really happy. Thank you to Rip Curl for putting on the event, thank you to my family for their support, and thanks to everyone behind the scenes at this contest who brought us here to Costa Rica. It was great to see the local girl surfers get a chance to be in the event through the trials and I was stoked to be able to surf against Valeria.”
That wraps things up for the 2019 Rip Curl GromSearch International Final. We look forward to another year of great regional events taking place in over 10 countries across the world and look forward to returning to another exciting location for the 2020 International Final.

Rip Curl would like to thank the local community of Playa Hermosa, the Federacion de Surf de Costa Rica, and The Backyard Beach Hotel for their support of the 2019 Rip Curl GromSearch International Final. 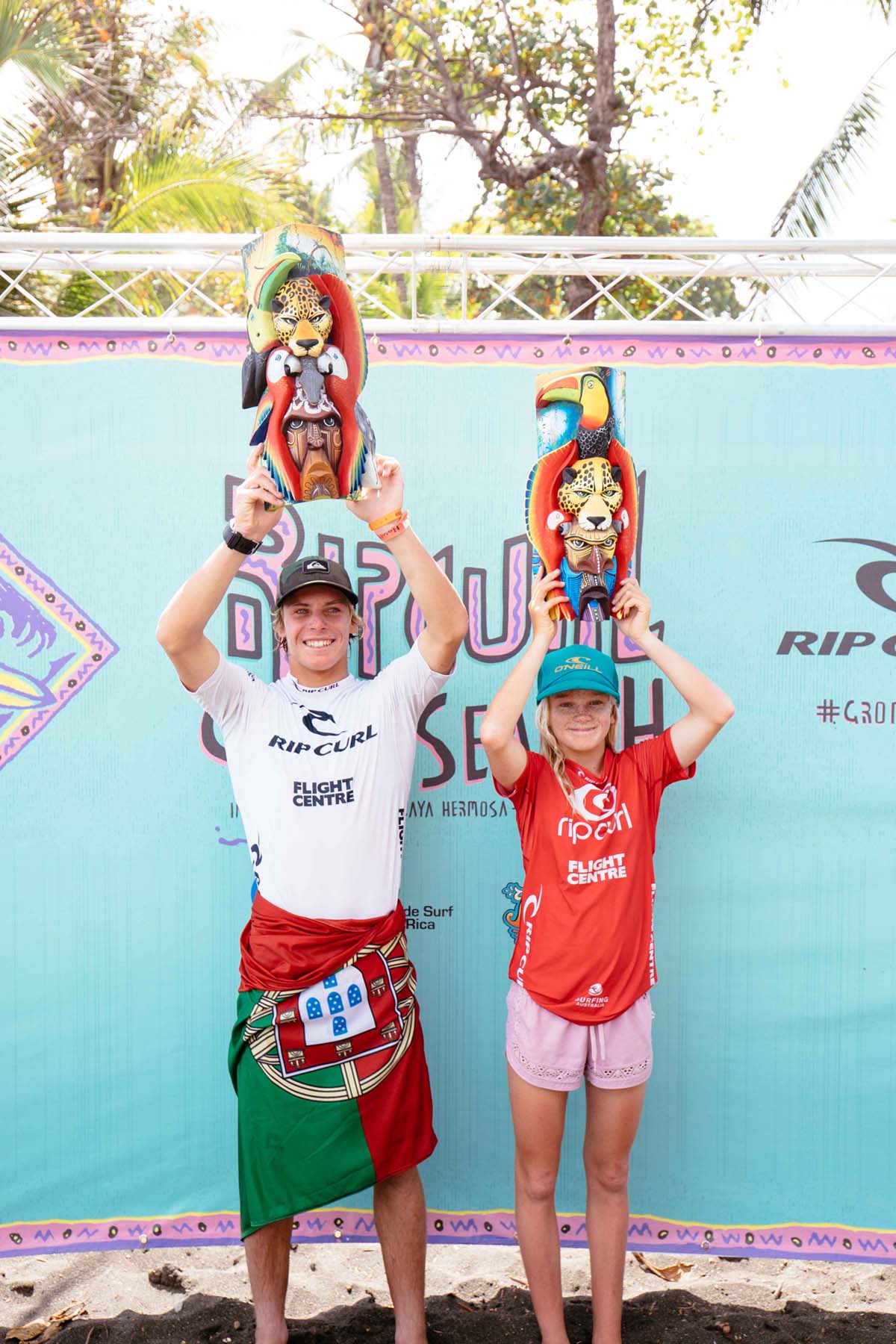 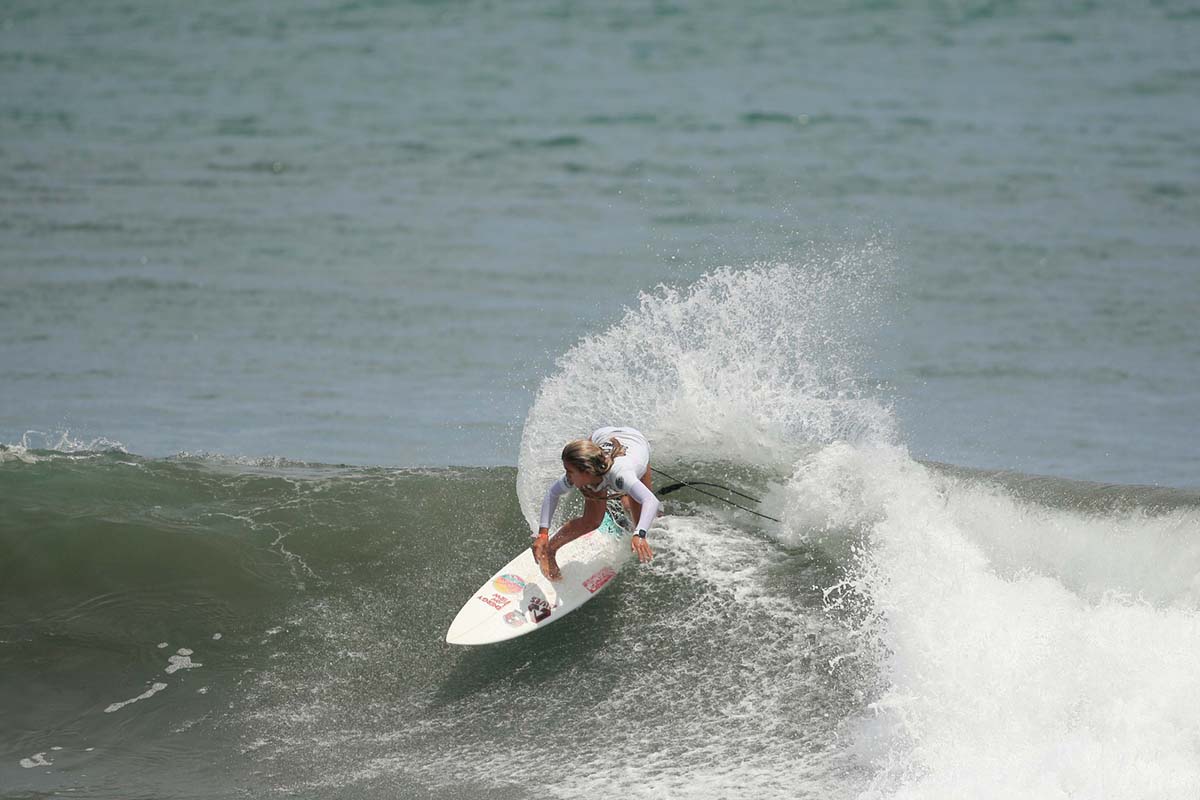 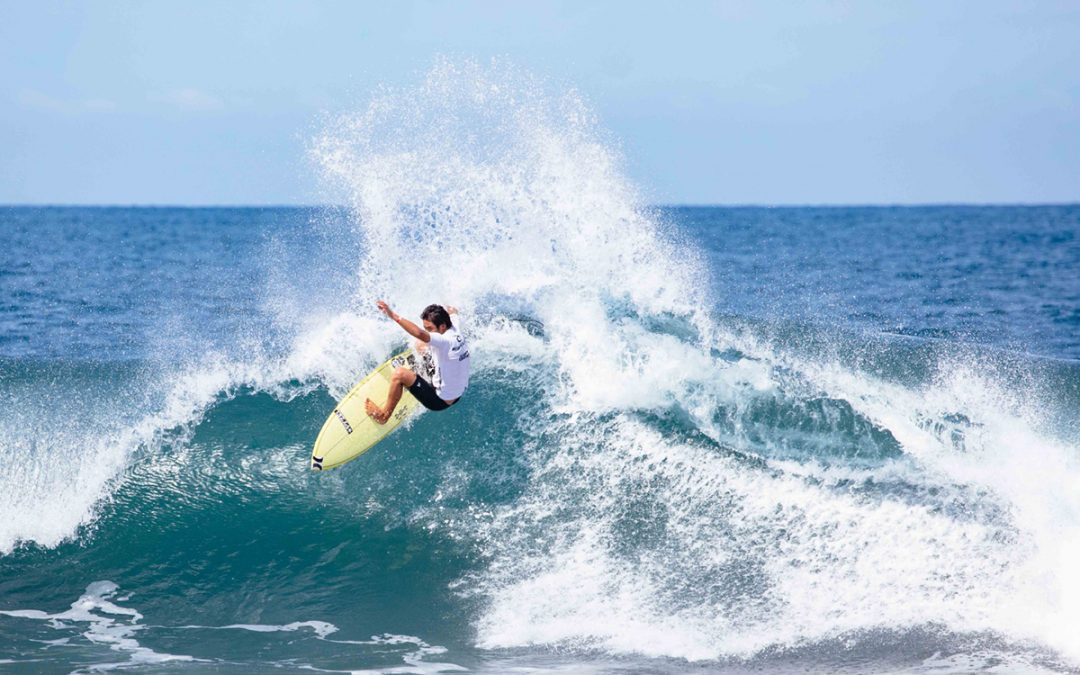 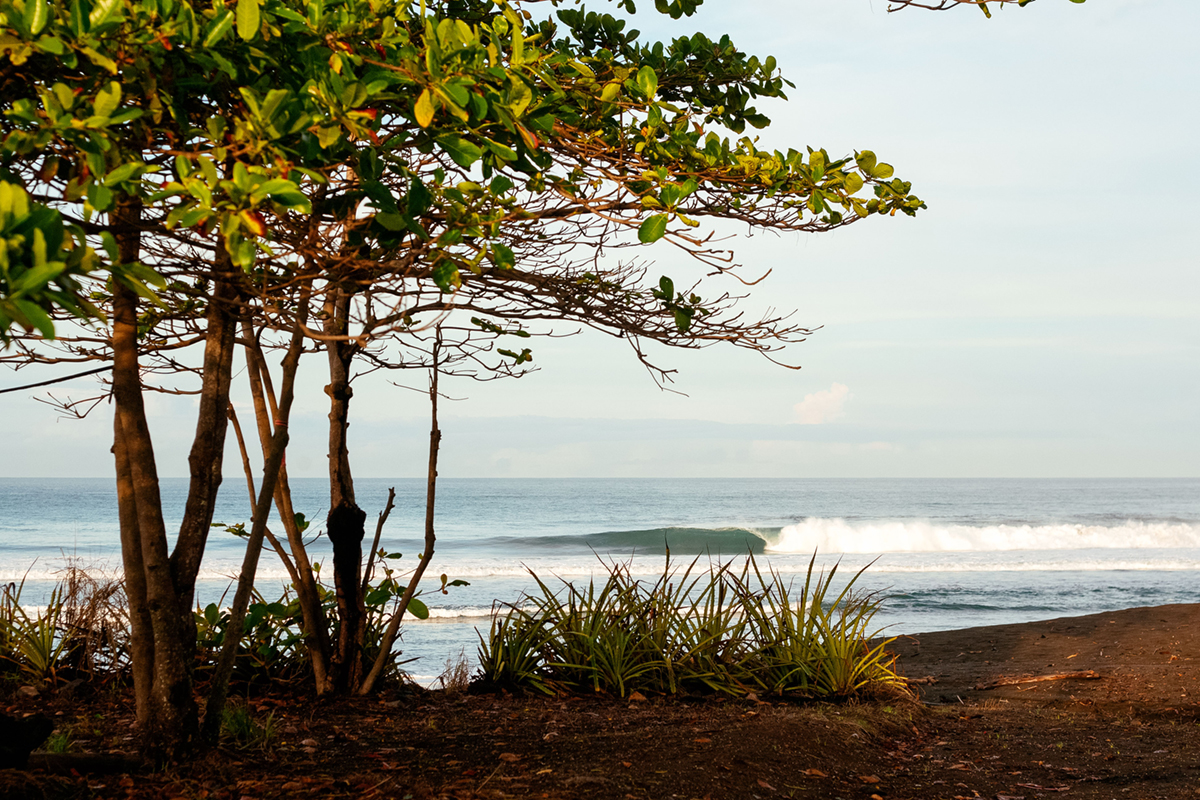 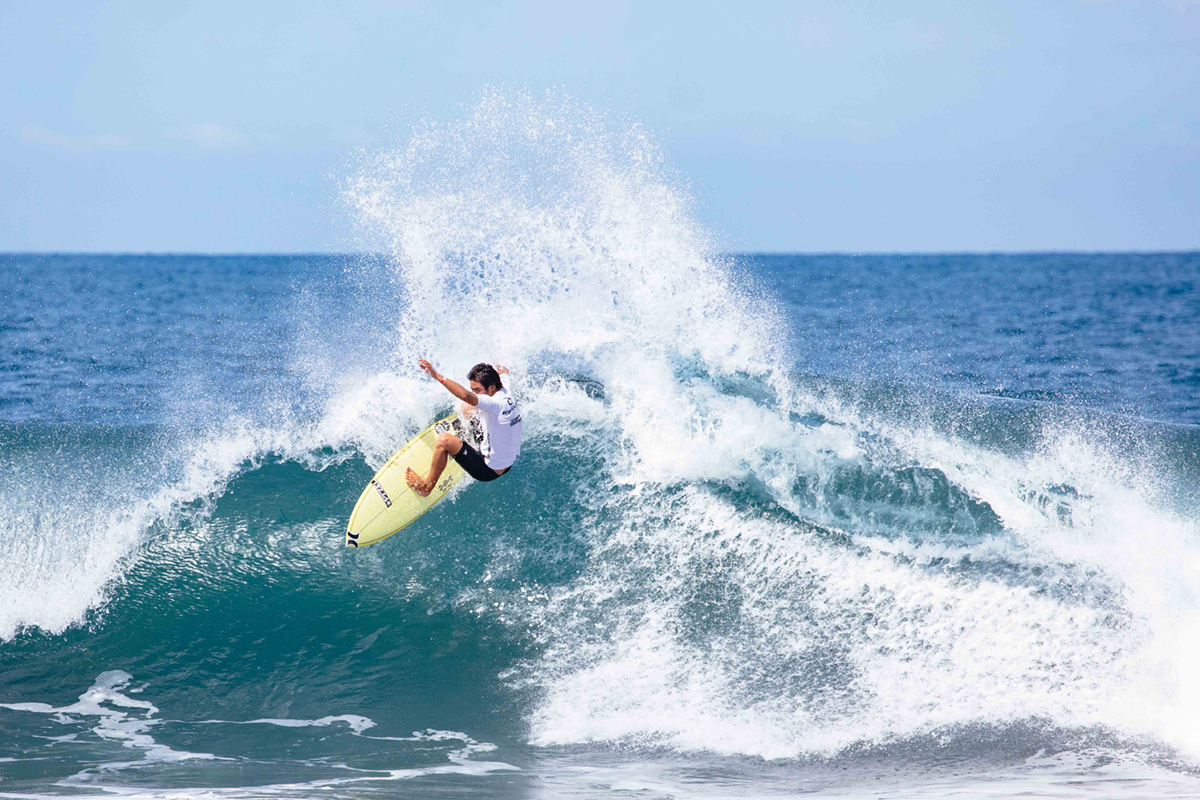 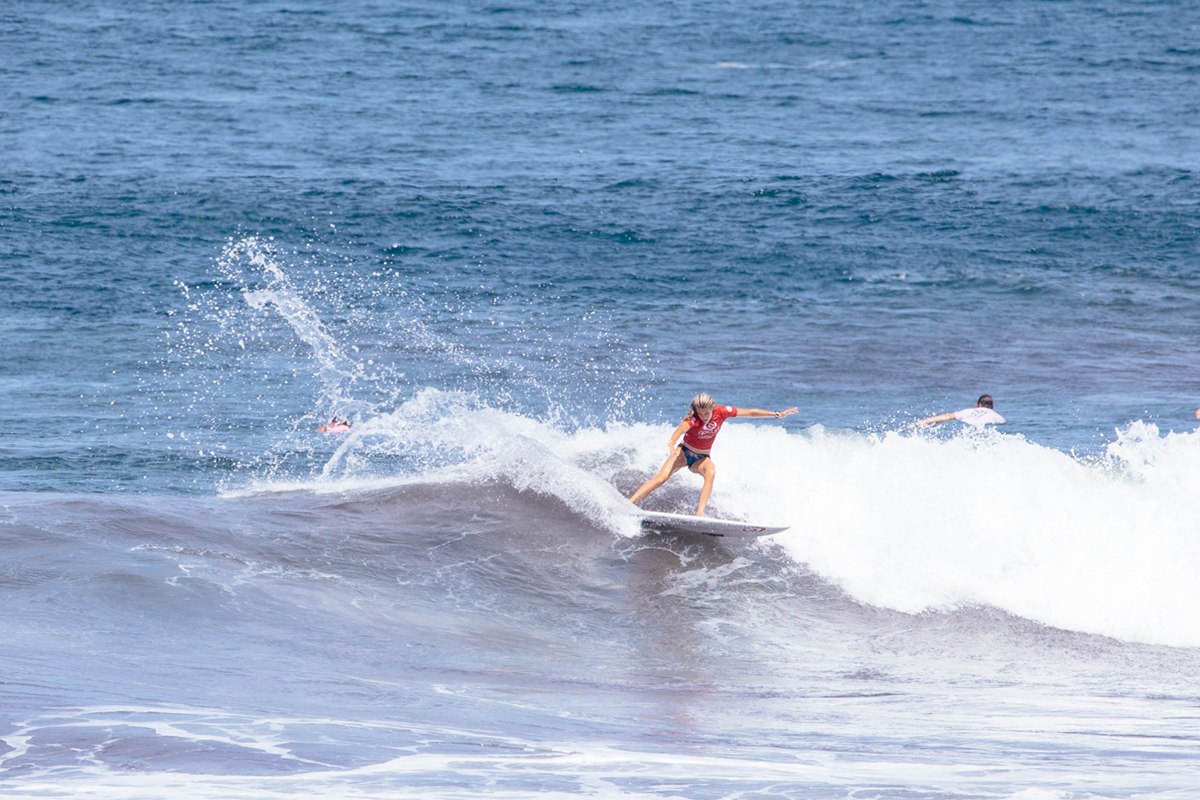 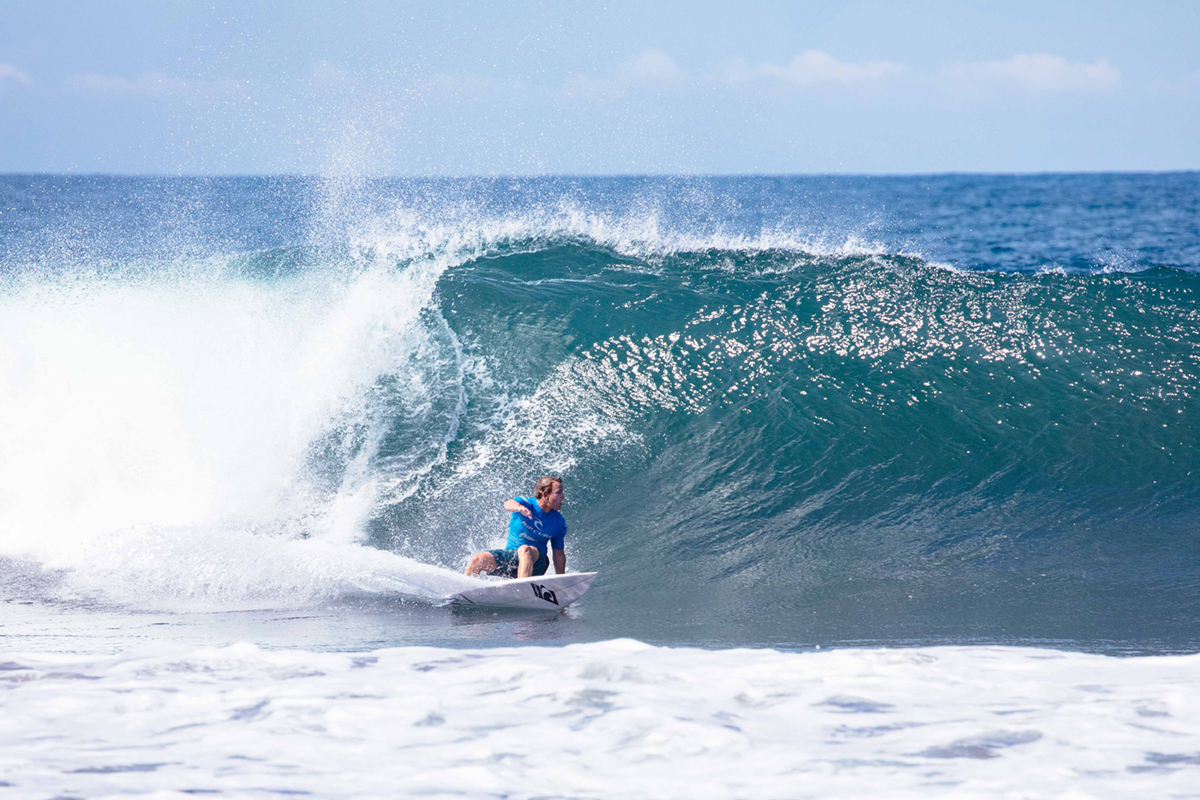 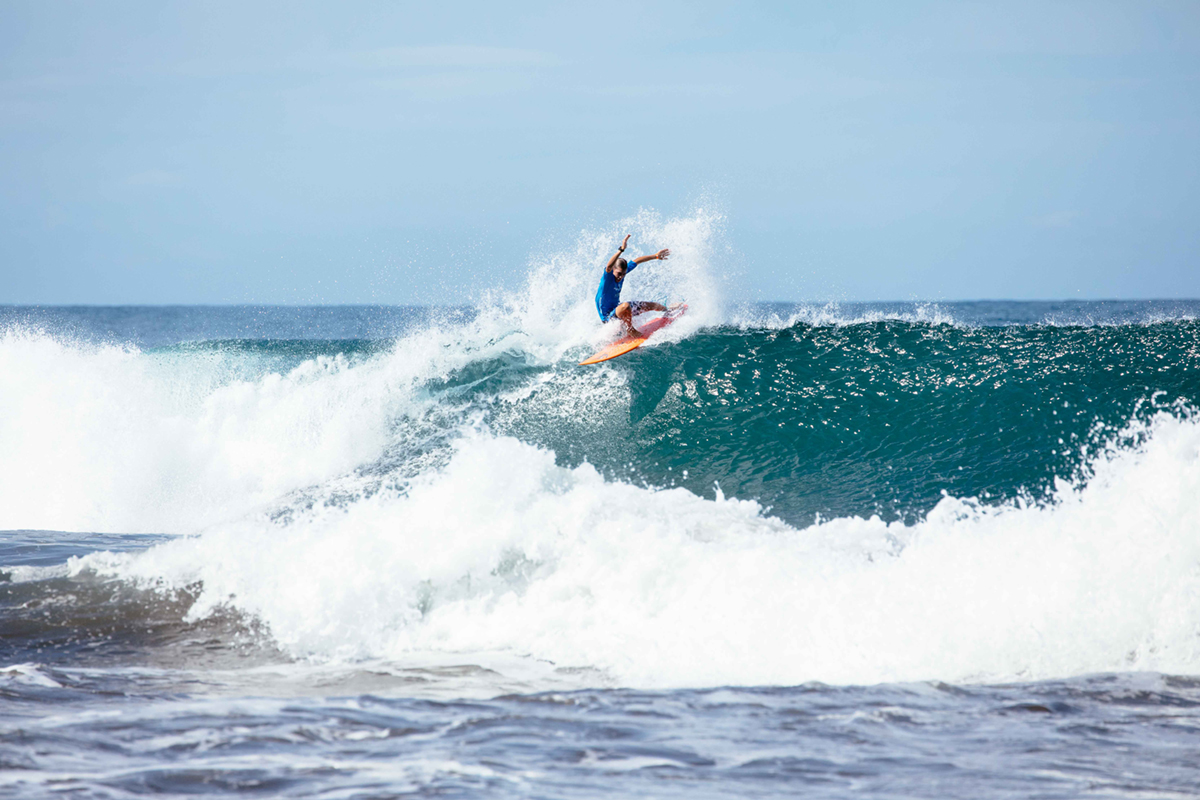 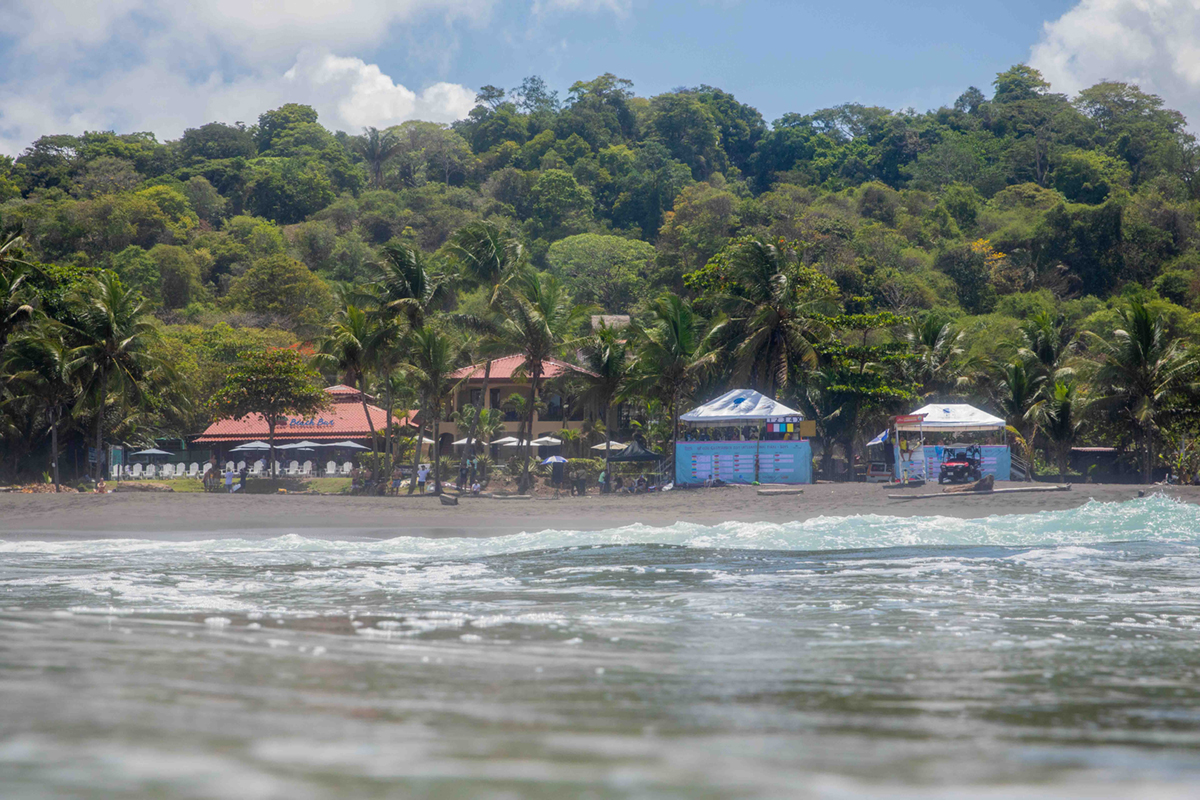 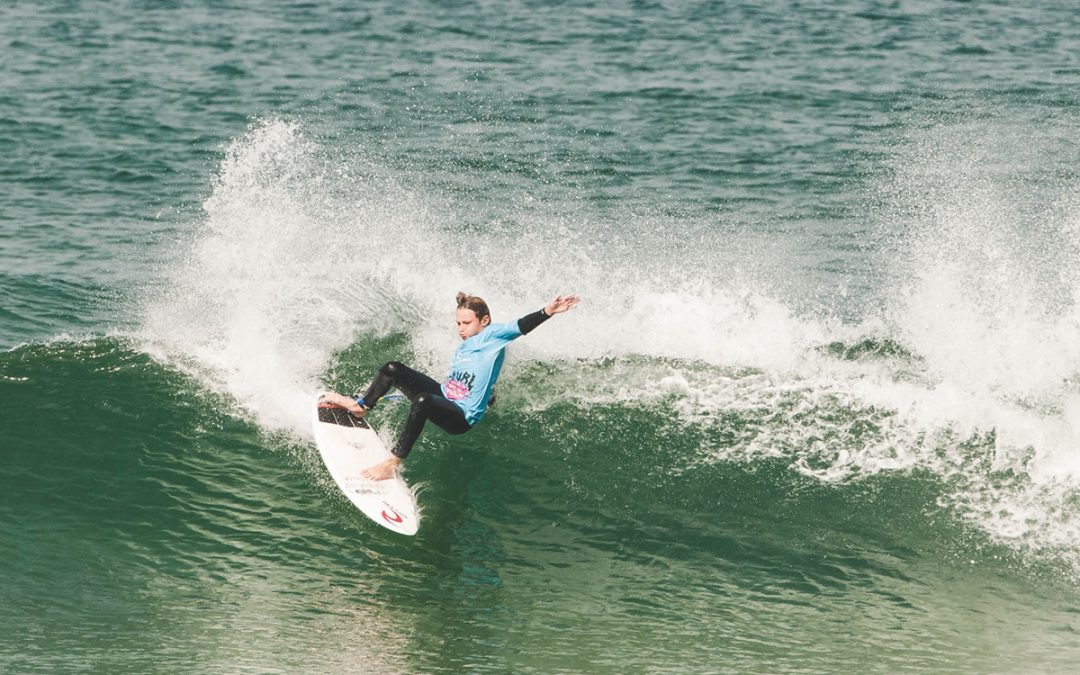 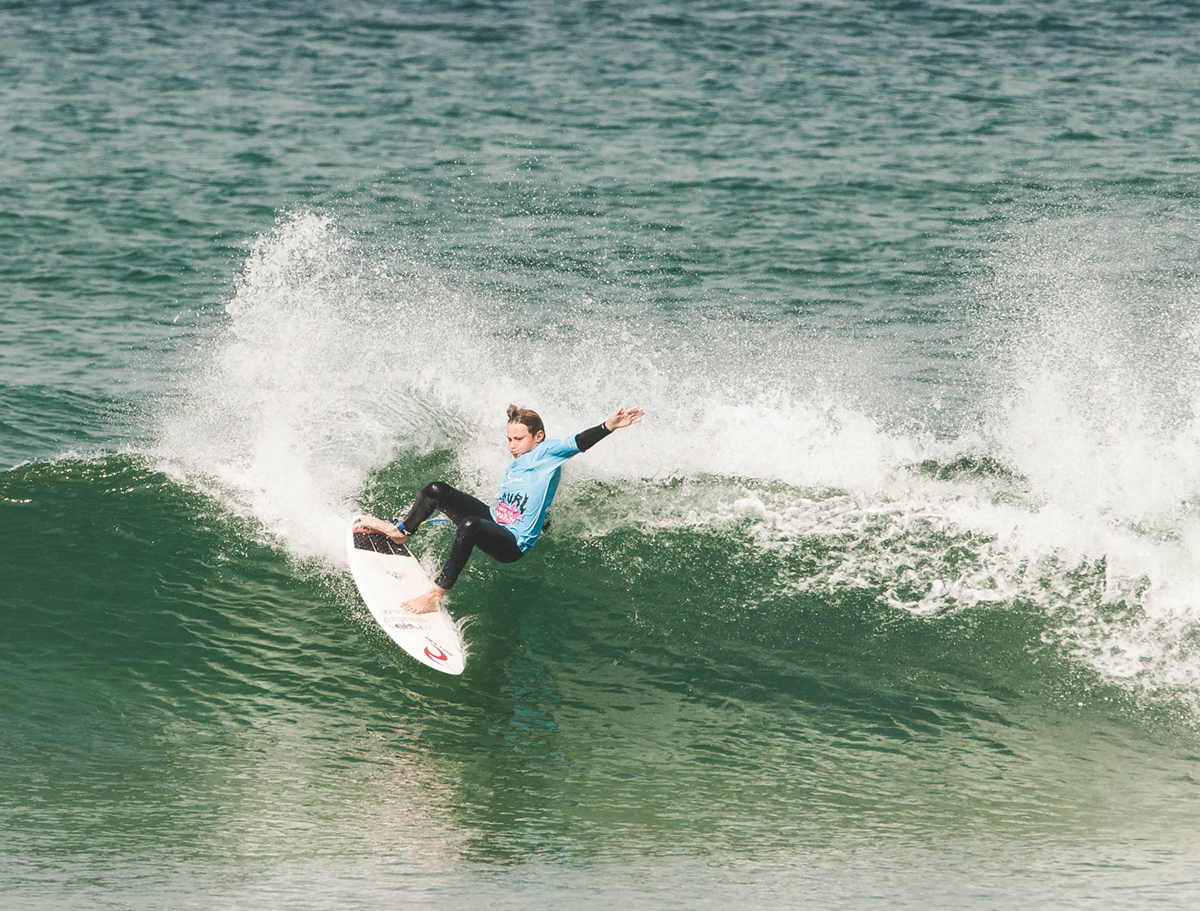 The Rip Curl Grom Search returns to the UK for a two event series at the end of the summer taking place in Watergate Bay, Cornwall and Jersey in the Channel Islands.

Created in Torquay, Australia, in 1999, the Rip Curl Grom Search is a competition exclusively for young surfers under the age of 16 with its own unique character. A friendly, inclusive and competitive set of events which represents a barometer of talent at the top end as well as providing an introduction to competition surfing for many groms. It is held in various regions of the world at the same time: Brazil, Australia, Indonesia, South Africa, New Zealand, USA and Europe. For this years’ events the overall winner of the U16s Boys and Girls Division will get a golden ticket to the International Final which traditionally takes place ‘Somewhere’ in Spring the following year. (previous years have travelled to Brazil, New Zealand and Costa Rica)

An important addition in 2019 is a European Final which offers a final wildcard spot to the International Final. This will take place in Peniche, Portugal just before the Rip Curl Pro Portugal WSL event in October 2019. This event is exclusively for those surfers who finish 2,3,4 or 5th in the U16’s Boys and Girls divisions. 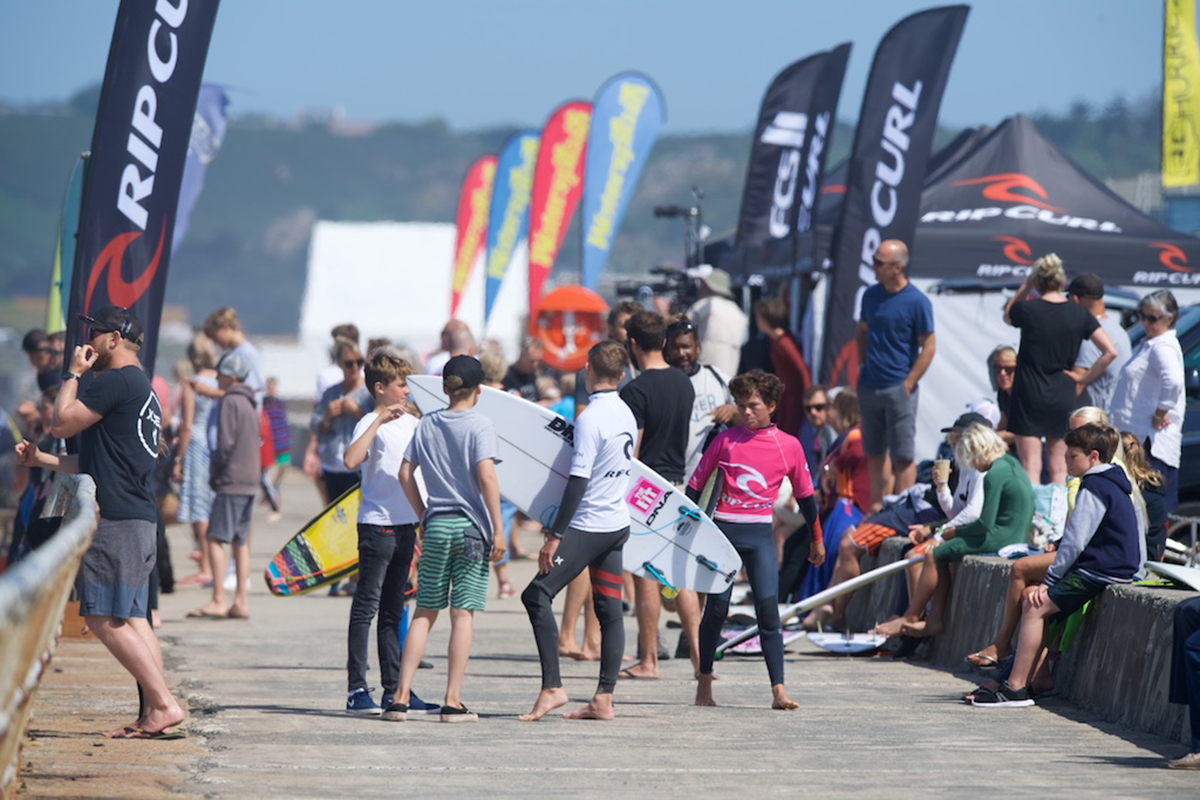 Watergate Bay will kick off the UK series at the end of August and is again being put on by Surfing England  – “The Grom Search series is such an epic celebration of our surf community – the level of surfing is inspiring & it’s incredible to watch the UK’s freshest talent in the water! The opportunity to represent at an International Event gives true credit to the competition & we are stoked to watch the action unfold’ (Hannah Brand, Surfing England)

The final stop will be in Jersey in the Channel Islands where the champions will be crowned. “It was great to be able to host the Grom Search last year and we are all looking forward to putting on the deciding event this year and being part of a global series. It will again give a boost to the surf scene in the Channel Islands, giving some of the youngest surfers perhaps a first experience of competition as well as our promising juniors a chance to shine in home waters. We’re really looking forward to welcoming the UK groms.” (David Ferguson – Channel Islands Surfing Federation) 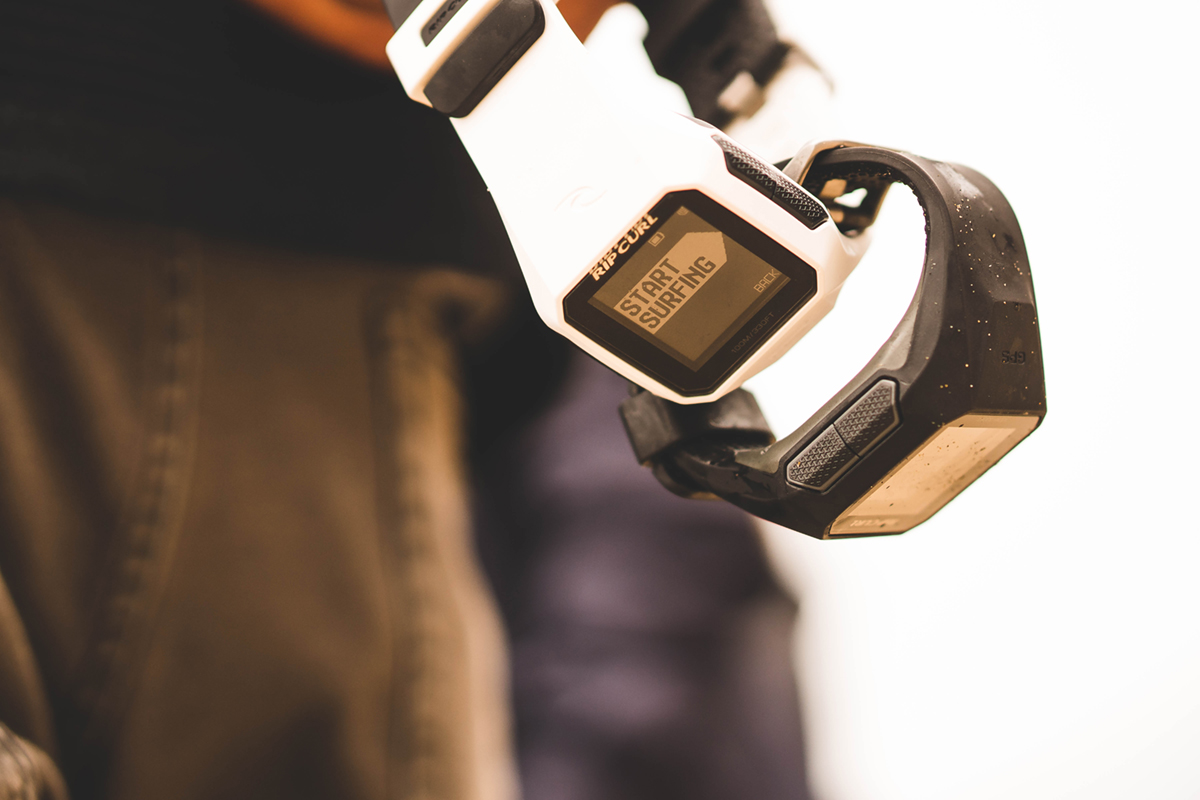 “The Grom Search series has proved a real stepping stone for many UK groms over the years. There’s a solid history of our surfers doing well at both the European and International Final and Im excited to watch this years’ series unfold. Having an event in Jersey makes it feel like a mini tour and it’s a great experience for all involved. See you all at the kick off in Watergate!” (Joel Gray, Rip Curl UK)

Competition will be open to Boys and Girls in Under 12, 14 and 16 Divisons. 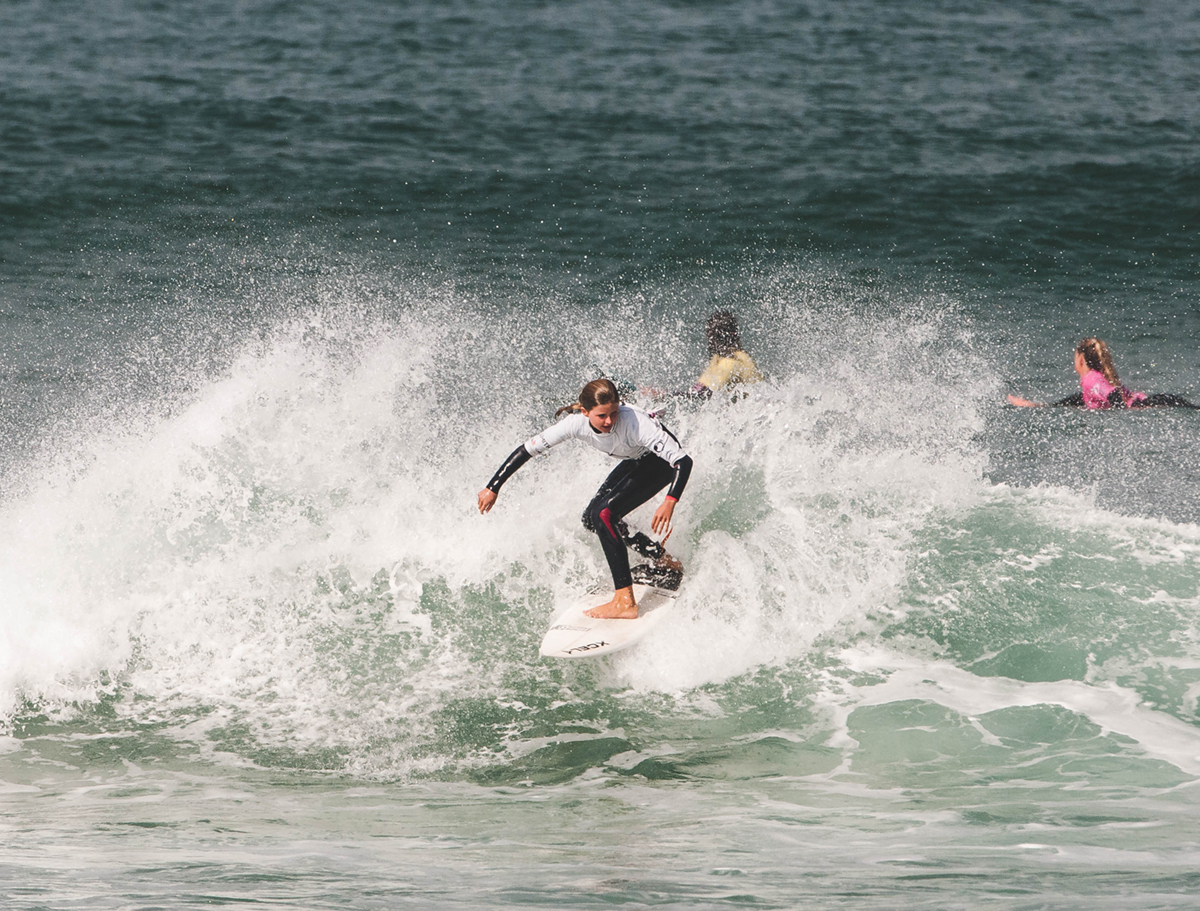 The event saw Europe’s best and most exciting surfing talents come together for a celebration of surfing on the remote Galician coastline. Yael Pena (SP) and Ellie Turner (UK) were crowned Champions in this final event of the 2016 Rip Curl GromSearch series which covered 13 events all over Europe.

Surfers will now take their place at the World International Rip Curl GromSearch Finals which will be “Somewhere” next spring.

In the tradition of The Search, the contest officials took the mobile event to a set of peaks at a river mouth for the Final heats.

With super clean 3 to 4 feet waves, the girl’s finals were up first. Nadia Erostabe (SP) and Ellie Turner (UK) both won all of their heats from the start of the contest and were hungry for the winner takes all prize. It was a close battle but Ellie’s strong turns and wave selection made the difference. “It’s been an amazing year and now to win this is very special, I m stoked.” Says Ellie. “I’m super excited to be going to the World Finals and challenge myself against the best girls surfers under 16 years old in the World.”

In the boys Yael Pena (SP) and Sean Gunning (SP) went head to head. On the road to the finals Sean locked in a number of crazy air reverses but Yael Pena’s power and multiple maneuvers waves gave him the big win. “Coming from the Canaries and surfing with the guys here in Galicia has been super fun.” Explains Yael. “Everyone was ripping and it was a hard event to win which makes it feels even better.”

About the GromSearch: Since Rip Curl developed the concept for the GromSearch events in 1999, the series has spread throughout the surfing world and culminates with an International final held at a different location each year and revealed shortly before the event. Former GromSearch Champions include current WSL World Tour stars: Gabriel Medina, Owen Wright, Nikki Van Dijk, Tyler Wright and Alana Blanchard, Stephanie Gilmore, Matt Wilkinson, Jordy Smith…The 2016 Rip Curl GromSearch European Tour were supported by Eq, smith, FCS, Gorilla and Citroën.