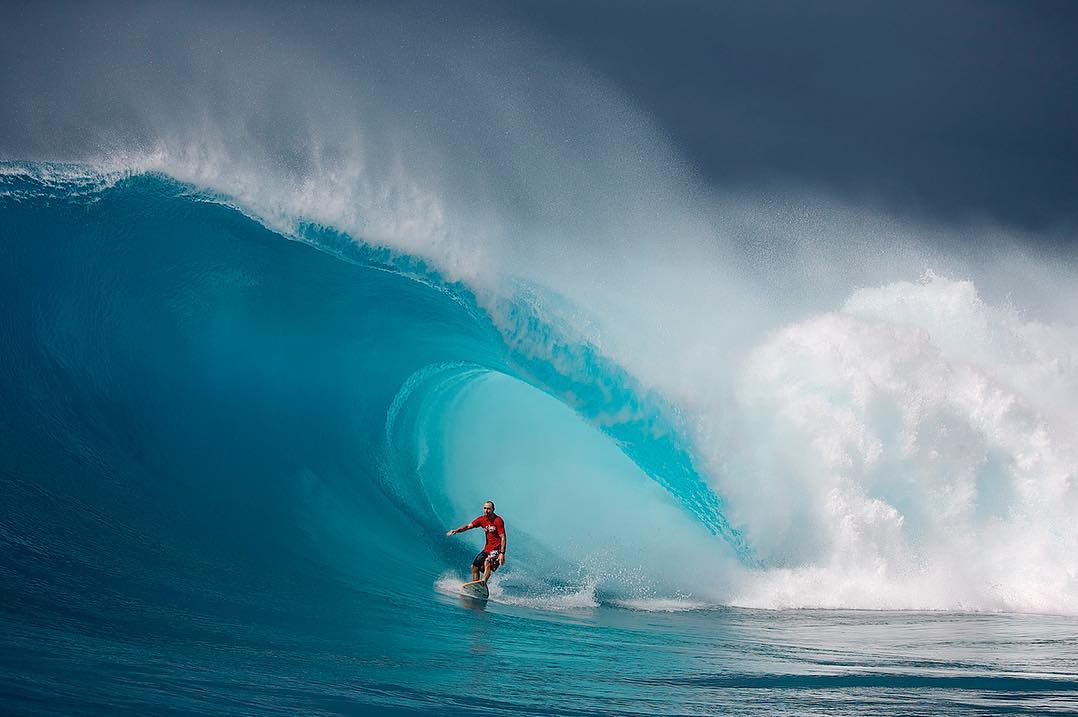 A short informative series on the big blue, see part one, the Atlantic, here.

The Pacific is the daddy, the largest ocean on Earth, the spiritual and historical home of surfing and the scene of much of the art and sport of surfing’s history so far.

Let us begin with some numbers to impress your trivia-loving colleagues. The Pacific covers 69 million square miles, which equates to 46% of the planet’s water surface. So nearly half.

Ergo it’s the big dog, the alpha ocean, so big it covers nearly a third of the planet. It’s also home to a couple of records: the Mariana Trench is the deepest point in the whole world and somewhere in the inky blackness, amongst some severely weird fishes, it gets down to 10,911 metres. That’s right. 10km straight down. To counter this deepness Mauna Kea, the highest part of the Big Island of Hawaii, is an impressive 4,206m above sea level (high enough for snow and snowboarding) but the really impressive part is if you measure it from the sea bed. In which case it’s 10,200m from base to tip. Which dusts Mt Everest’s puny 8,848m, so while Everest is the highest mountain in the world it’s not the tallest. Geek fact gold right there people.

Ironically the name ‘Pacific’ comes from ‘Tepre Pacificum’ meaning ‘peaceful sea’ in Latin. Something the explorer who named it thus — Ferdinand Magellan — might have reconsidered if he’d seen a close out set at the Bay.
Still, the boy done good, it’s a better name than the one the first Europeans to see the ocean gave it: South Sea (or Mar del Sur in Spanish as it was then). Ironic then that the shores of the oh-so-placid Pacific make up the famous Ring of Fire. The class-leading tectonically active regions that make living there that bit more spicey. 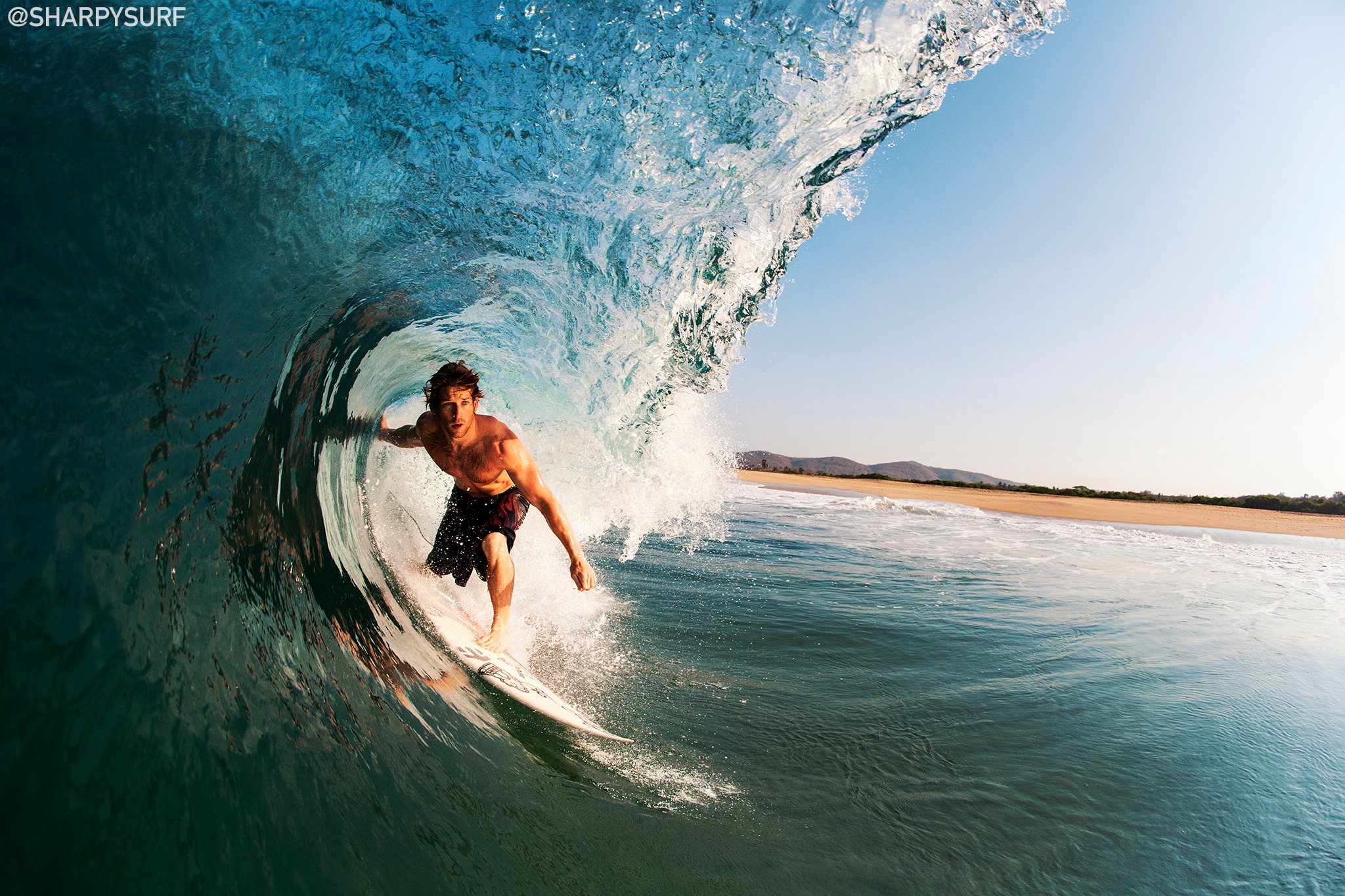 From NZ up to Japan across the Bering Strait and down the Americas it’s earthquake central and there are plenty of volcanoes knocking around as well.
All because the Pacific is getting smaller, it’s surrounded by (with the exception of Antarctica and Australia) subduction zones. You’ll remember from school geography that’s when an oceanic plate slides underneath a continental one. It tends to be messy.
Dodging quakes, lava flows and tsunamis are run of the mill for residents around the Pacific. For the blighters that live in the middle it’s generally only tsunamis they need to worry about, but unlike the Indian Ocean there’s been an early warning system for decades. 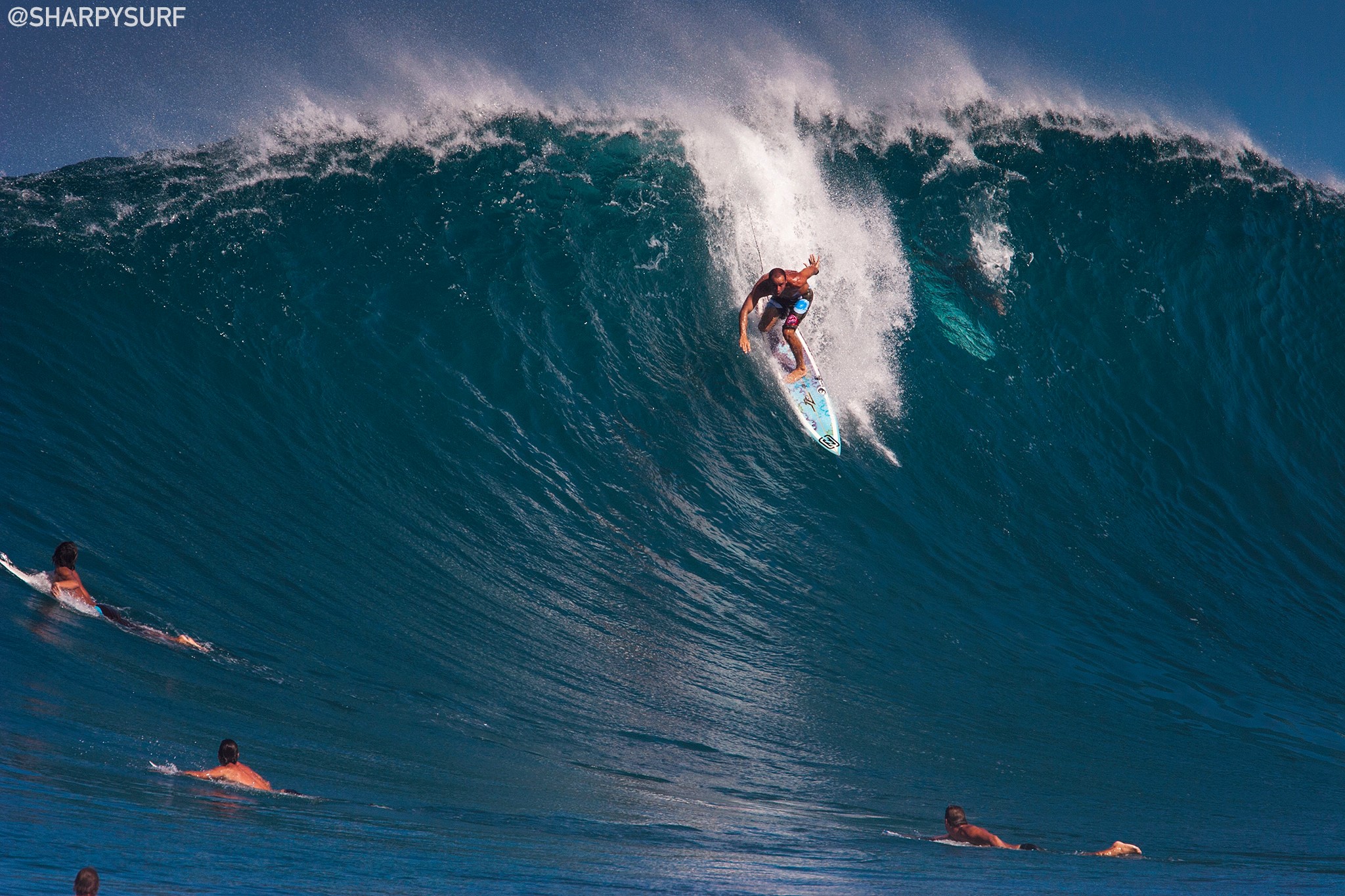 Now. Them people on the islands are responsible for what we love: sliding around on waves. It’s the islanders of the Pacific, who migrated from Asia across the ocean in crazily optimistic sea voyages, not knowing if there was anything to sail to. That gave us, via Captain Cook and his crew, surfing.

The Polynesians made it to Tahiti and spread from there to Hawaii, New Zealand, Easter Island and more. Their bravery, exploration and athleticism laid the groundwork for what surfers should be.
So it’s fitting then that Hawaii and Tahiti, to this day, one in the North Pacific and one in the South are some of the most important real estate in world surfing. The biggest, craziest waves and surfers that transfix us still.
The Atlantic is catching up but for a few more years at least the Pacific IS surfing… 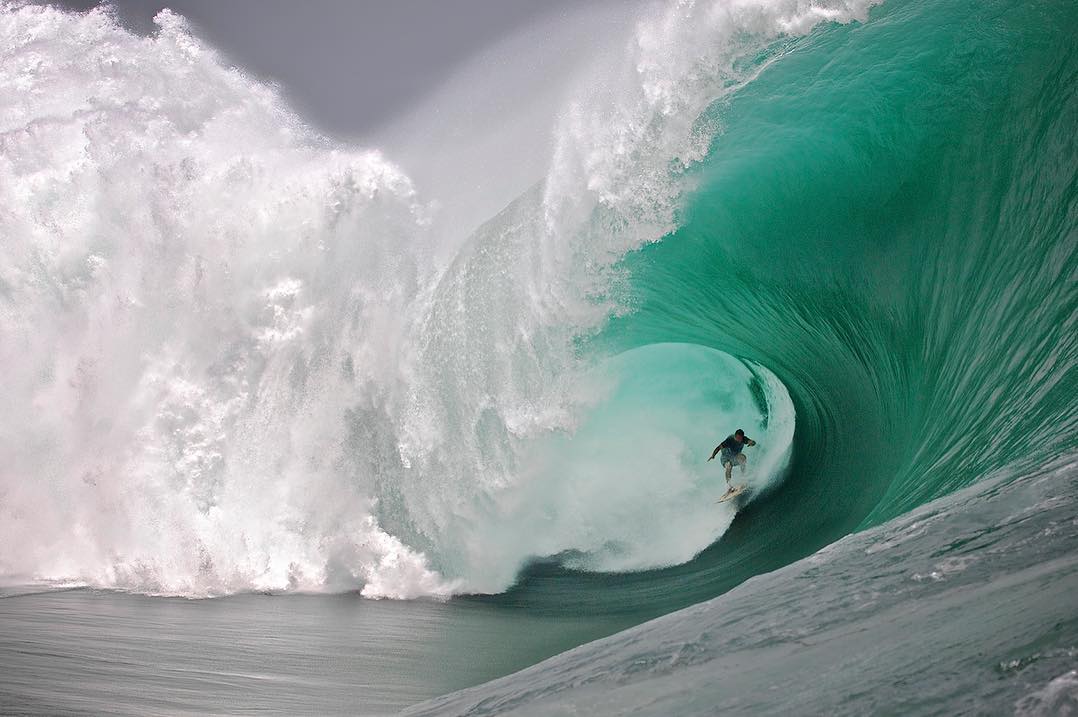