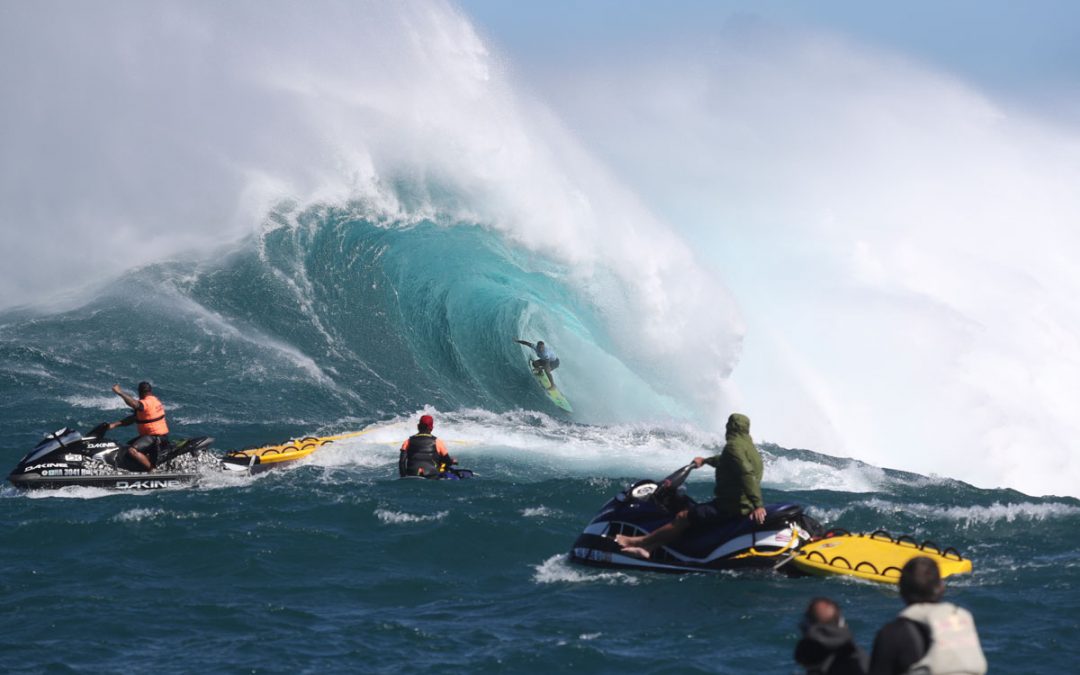 PE’AHI, Maui, Hawaii/USA (Tuesday, December 10, 2019) – Today, the World Surf League (WSL) issued a Green Alert for the cbdMD Jaws Big Wave Championships to run on Thursday, December 12, 2019. The world’s best big wave surfers are now in transit to Pe’ahi, Maui, Hawaii to defy nature and challenge themselves in waves forecast to be in the 35-to-50-foot range on the face. All the action will be broadcast LIVE at WorldSurfLeague.com and the free WSL app.

The cbdMD Jaws Big Wave Championships is the world’s premier paddle-only big wave event, taking place at the famed Pe’ahi surf break on the north shore of Maui, Hawaii. Rich with the sport’s history of innovation and progression, the contest brings the world’s elite male and female athletes together at the ultimate proving ground to compete for the coveted Championship.

History-making performances have solidified Jaws’ reputation as the pinnacle for big-wave surfing over the past decade. Jaws has hosted some of the biggest waves ever witnessed in competition, and winning this event sets the standard for the sport. 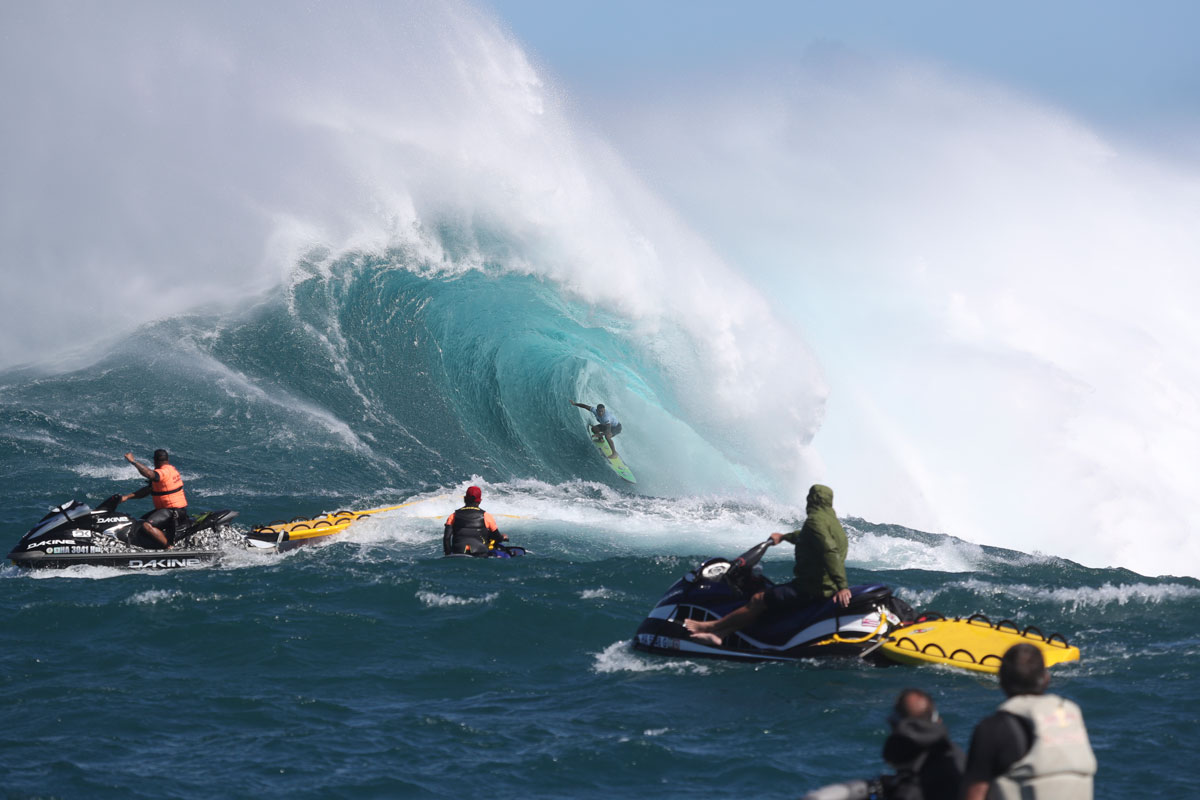 In the men’s division, 24 competitors are divided into four heats of six surfers for the first round. Heats are generally 45 minutes and surfers may catch as many waves as they wish with a panel of five judges scoring each ride on a scale of 1 to 10. Each competitor’s two best waves are counted, with their best wave score doubled. The three highest-scoring surfers advance to the semifinals, which run in the same format, and the top three from the Semifinals advance to the Final. 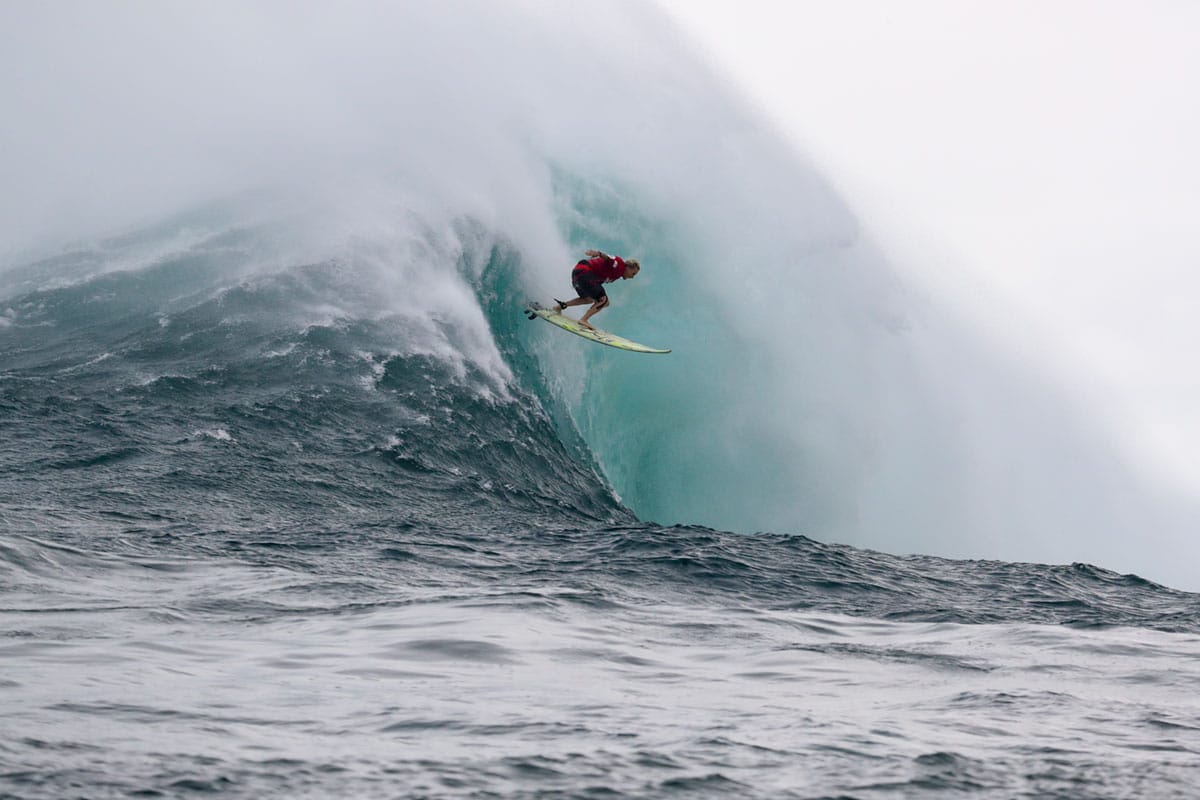 The women’s division runs in a similar format with 10 competitors participating in two five-surfer Semifinals with the top three surfers in each heat advancing to the Final.

Due to safety and environmental concerns, there is no location available for on-site spectating for the cbdMD Jaws Big Wave Championships. Fans are invited to watch the event on the WorldSurfLeague.com that will feature close-in angles, slow-motion replays, and analysis. For those on Maui, the event’s official viewing party will be held at Paia Surf Club at 65 Hana Highway, Paia, HI 96779 (808-579-3333).

Surfline Forecast for the cbdMD Jaws Big Wave Championships
Solid NW swell should build in and be strongest for the morning hours on Thursday at Jaws, gradually fading over the afternoon. Model guidance has been fairly consistent in showing a 13-15’ deepwater swell off Maui with swell period of 17-18 seconds Thursday morning from the NW (310-330 degrees, with peak energy around 325 degrees). Direction is favorable – enough north so that shadowing shouldn’t be an issue but enough west that we should see some great barrels on the West Bowl.

Surf size is expected to be in the 35-45’ range on the face through the morning hours, with the bigger sets to 50’ (20-25’ Hawaiian on sets). There is still a bit of uncertainty on exact wind conditions with a front potentially stalled near Kauai on Thursday but E to ENE trades appears to be the likeliest scenario and current model guidance would suggest speed in the 15-18 knot range.

The storm that will create this swell is just starting to pull together north of Japan now and should intensify quickly in the next 24-36 hours. 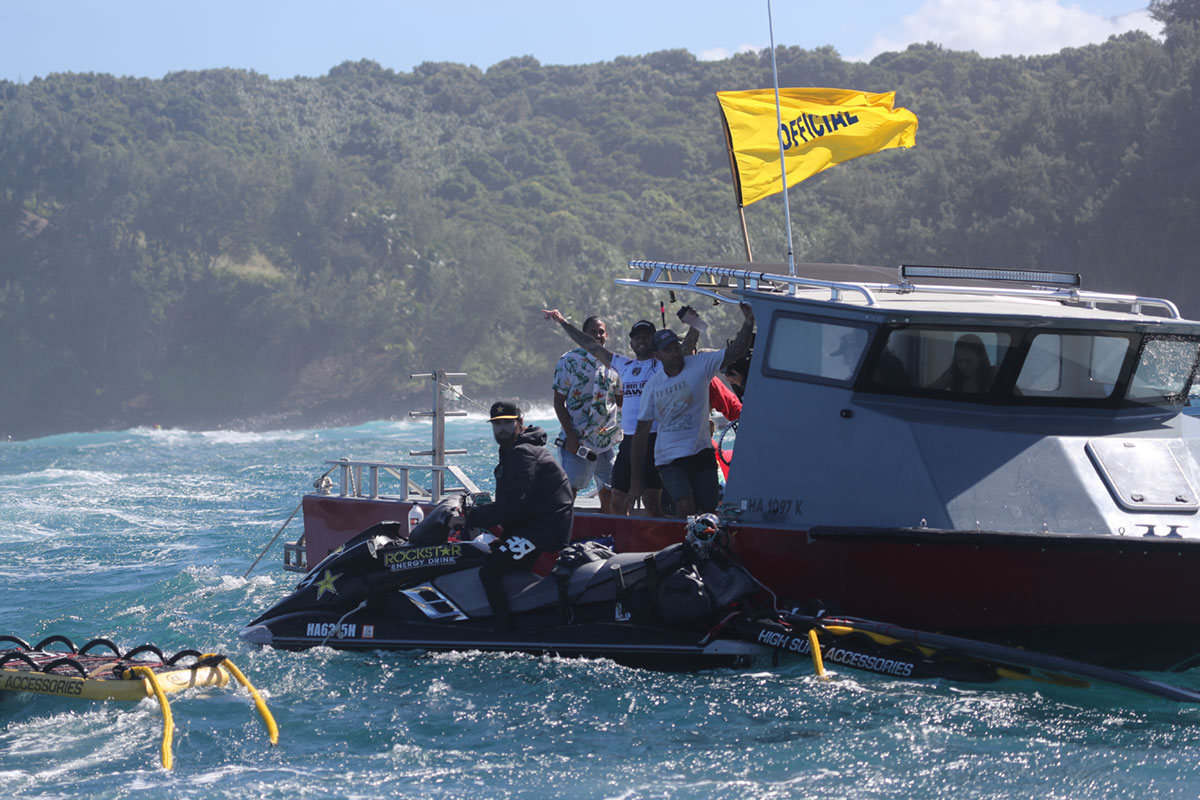