Top seeds had a tough go in Round One. Brazilian Miguel Pupo went to town in challenging Supertubos surf, taking out World No. 3 Matt Wilkinson. Then, in one of the biggest upsets of Day 1, local MEO Rip Curl Pro wildcard Frederico Morais initiated his giant-killing campaign with a win over World No. 2 Gabriel Medina. Even John John Florence, the Jeep rankings leader, was relegated to Round Two when Brazilian Tour veteran Jadson Andre upped the ante.

A Round Two loss for Medina could crush his World Title hopes, but Florence, the World No. 1, needs to watch his back. An early exit for him may enable Medina to go on a tear in Portugal, and close the gap heading into Hawaii.

John John Florence maintains the Jeep Leaderboard yellow jersey, with a narrowing 2,700 point lead over world #2 Gabriel Medina. World Title chase watch will be in full effect as the CT’s top two surfers put everything on the line at the tour’s second-to-last stop of the season.

With nearly 1800 kilometers of coastline, the sights, sounds and colors of Portugal’s diverse coastline, stunning scenery and rich culture can bring out the #justpassingthrough spirit in anyone. From Lisbon to Ericeira, Peniche and Berlengas, Reef Ambassadors Evan Geiselman and Mitch Crews reap the benefits in #justpassingthrough Portugal: Episode 6. 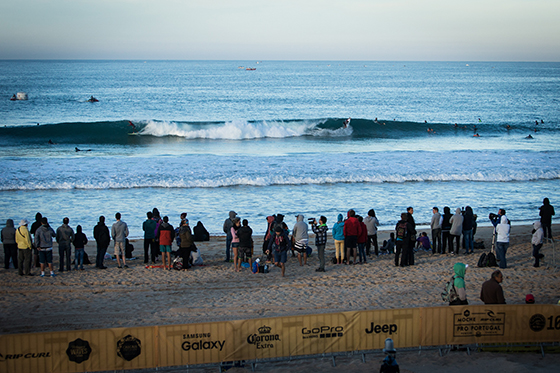 SUPERTUBOS, Peniche/Portugal (Friday, October 23, 2015): Stop No.10 of 11 on the 2015 Samsung Galaxy World Surf League (WSL) Championship Tour (CT), the Moche Rip Curl Pro Portugal has been called ON this morning.

Round 1 has kicked off in building three-to-four foot surf at the iconic beach break of Supertubos.

“Waves have improved substantially since this morning, so we’re underway with round 1,” said WSL Deputy Commissioner, Travis Logie. “Round 2 is definitely on Standby, we’re going to monitor the conditions throughout the day, the winds should be light and variable so hopefully it holds and we can get round 2 underway too.” 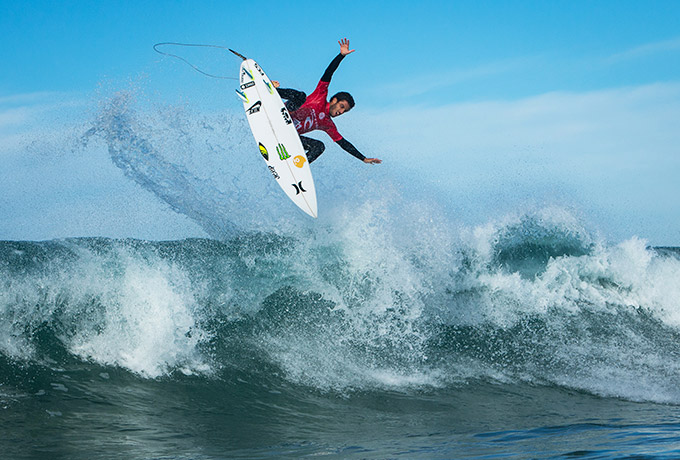 Filipe Toledo of Brasil winning his Round 1 heat to advance into Round 3 of the Moche Ripcurl Pro Portugal. IMAGE: WSL / Poullenot 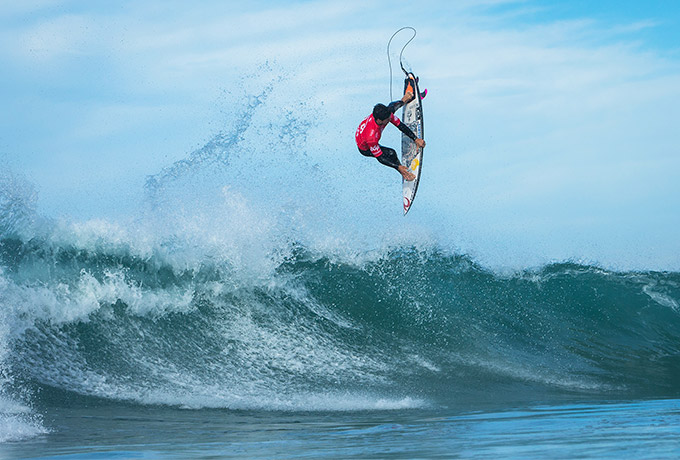 Gabriel Medina of Brasil winning his Round 1 heat to advance into Round 3 of the Moche Ripcurl Pro Portugal. IMAGE: WSL / Poullenot

Surfline, official forecaster for the WSL, are calling for:
Strong low pressure that moved into the North Atlantic earlier in the week sets up WNW swell for Friday that eases some on Saturday. A developing storm over the North Atlantic today and tomorrow will set up a reinforcing pulse of WNW swell Sunday and into Monday. Solid swell expected for Tuesday and Wednesday of next week but onshore winds look likely. NW/WNW swell continues for the back half of next week and into next Saturday but local winds remain dicey.

The Moche Rip Curl Pro Portugal will be webcast LIVE on worldsurfleague.com and via the WSL app. 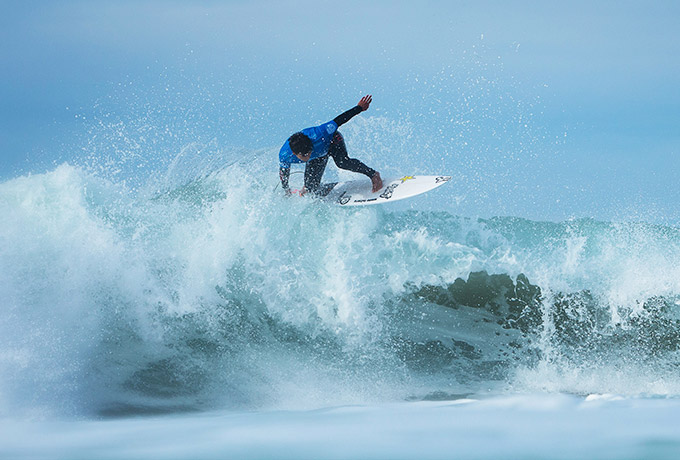 Keanu Asing of Hawaii winning his Round 1 heat to advance into Round 3 of the Moche Ripcurl Pro Portugal. IMAGE: WSL / Poullenot

The essence of Surf Travel

Surf Travel – The complete guide is a book from the publishers of Carve which covers every aspect of surf travel and exploration: where to go, where to stay, what equipment to take, how to get in shape for your trip, how to stay healthy abroad, and how to make the most of your time away. Packed with essential tips and awesome photos, Surf Travel will inspire you to pack your boardbag and head off to find the waves of your dreams.

The main section of the book focusses on the classic surfing destinations such as the Gold Coast, the North Shore, the Maldives, Indo, the Canaries, Costa Rica, Morocco, Barbados, Sri Lanka, Fiji, Tahiti, France and Southern California. Each location is described and dissected, with insider tips about the best spots and how to score primo conditions. Several less-well known areas such as the Lakshadweep Islands, Samoa, Mozambique and Papua New Guinea are also included for those who thirst for pristine, uncrowded waves. All kinds of priceless advice is offered by a writing team of experienced travellers who’ve put in the hard yards, and the images are provided by some of the world’s best lensmen (including Andrew Shield, Alan van Gysen, Pete Frieden, Mickey Smith, DJ Struntz, Simon Williams and Tim McKenna).

The book also includes a comprehensive information section where you’ll find listings of the coolest annual events and the best surf travel companies, plus lots of sound advice about staying safe abroad.

The idea of travelling to remote, far-off places can seem daunting at first. But the more organised you are, the easier travelling becomes. Preparation is key, and Surf Travel will both inform and inspire. “Go out there and search for your own paradise,” urges Walshy in the book’s foreword. “When you find it, the waves you’ll score will outweigh all the dramas along the way and make everything worthwhile.”