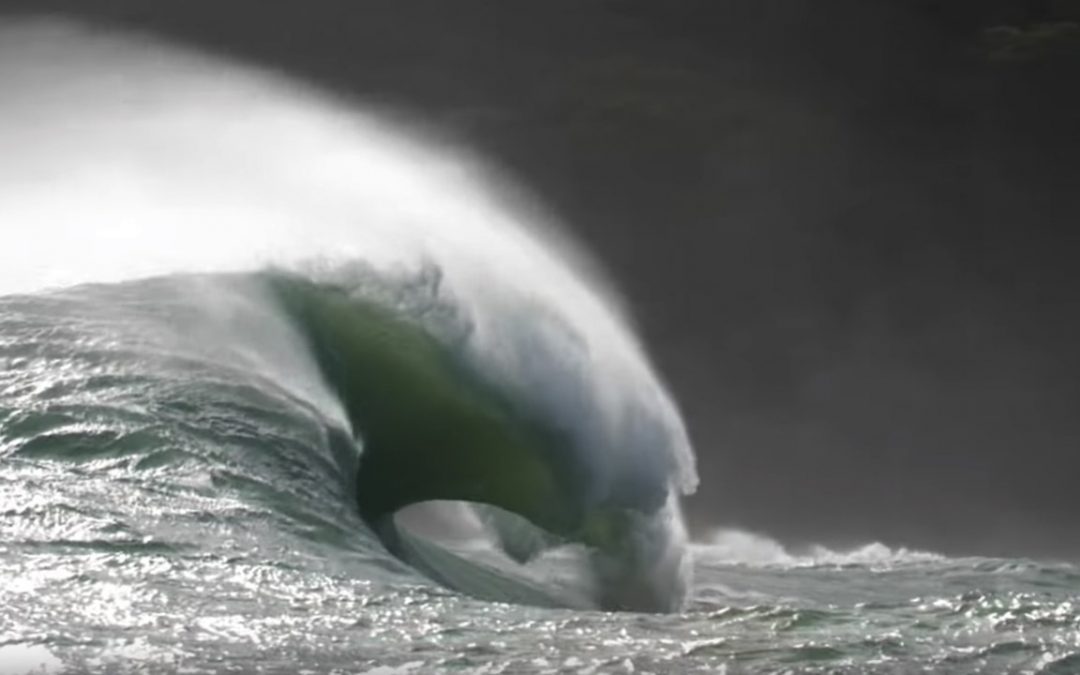 Travis and Koa Smith drop everything and jump on the next plane to Panama! Swinging peaks and sick action at Silverbacks. 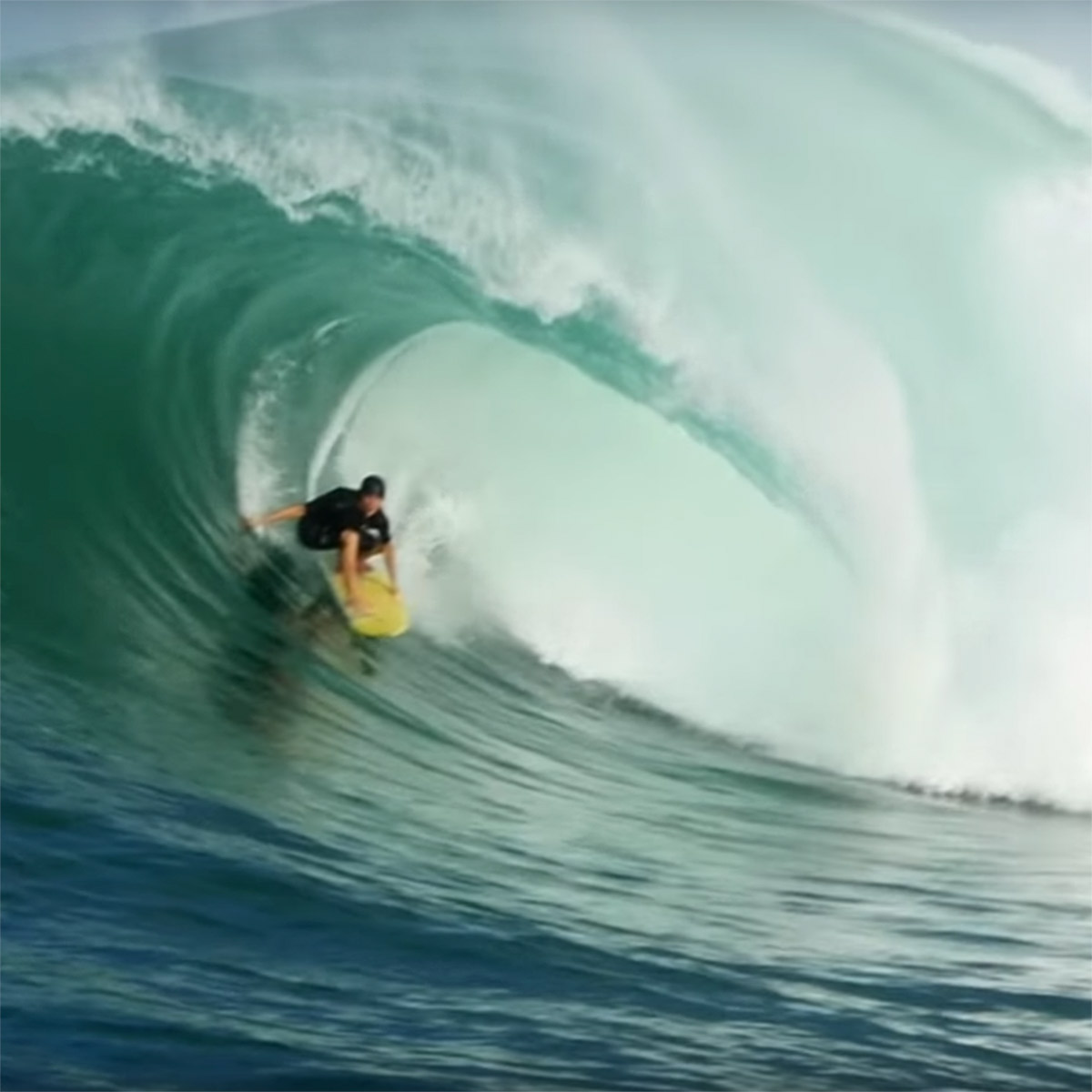 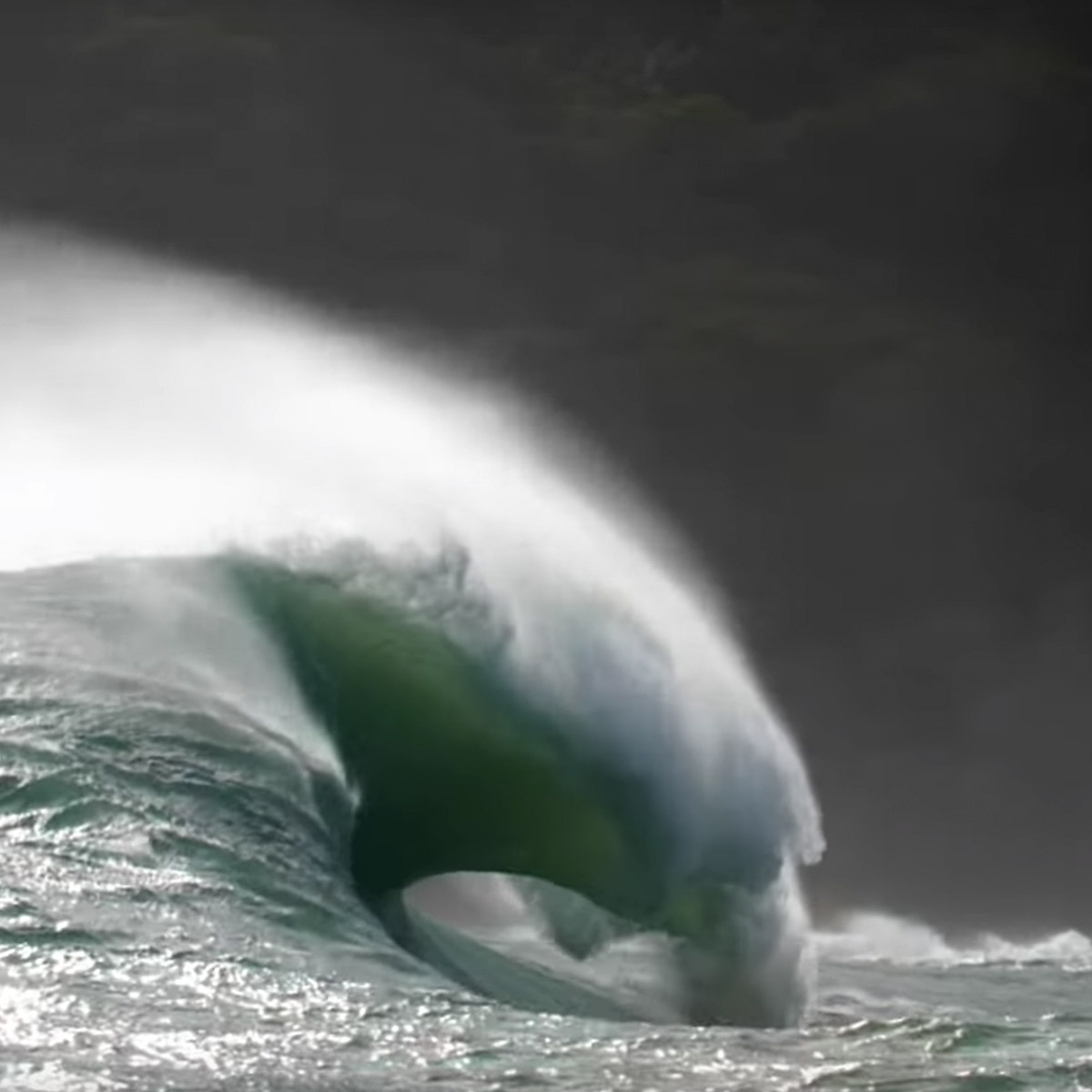 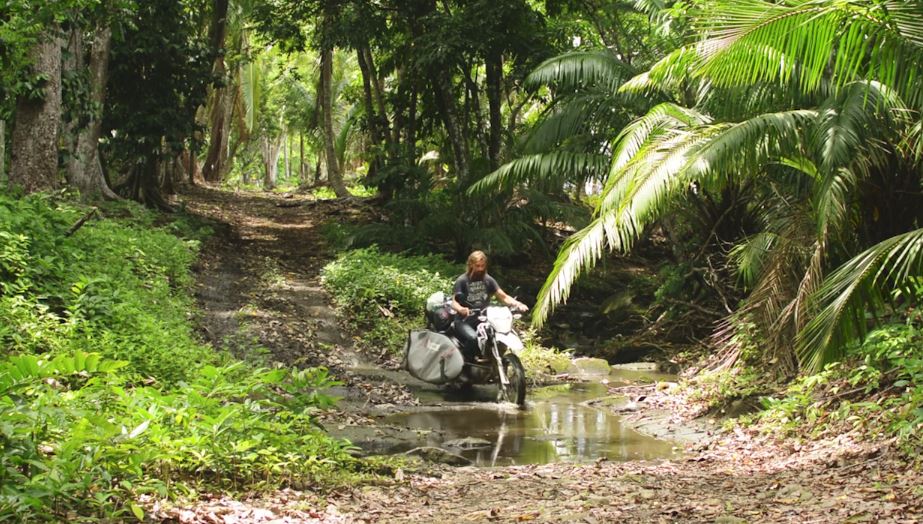 Tom Bing and Sally McGee’s year are on a long surfing road trip, riding 150cc dirt bikes North on the Pan American highway along the coastal length of the Americas. Here’s their story in Tom’s own words:

We feel that we are skirting round the edges of the Panamanian culture; we have no idea what the local food is like, we have barely spoken to any locals and we don’t have a clear picture of what life is like for people in this country. The problem is that we can’t afford to be here, everything is way out of our price range so we have been sticking to surf spots we know we can camp at; we buying food from the big (cheaper) supermarkets and try to live as cheaply as possible. We are really struggling to find decent fruit or veg anywhere, but the pineapples we have found have been the best we have had anywhere in the world. 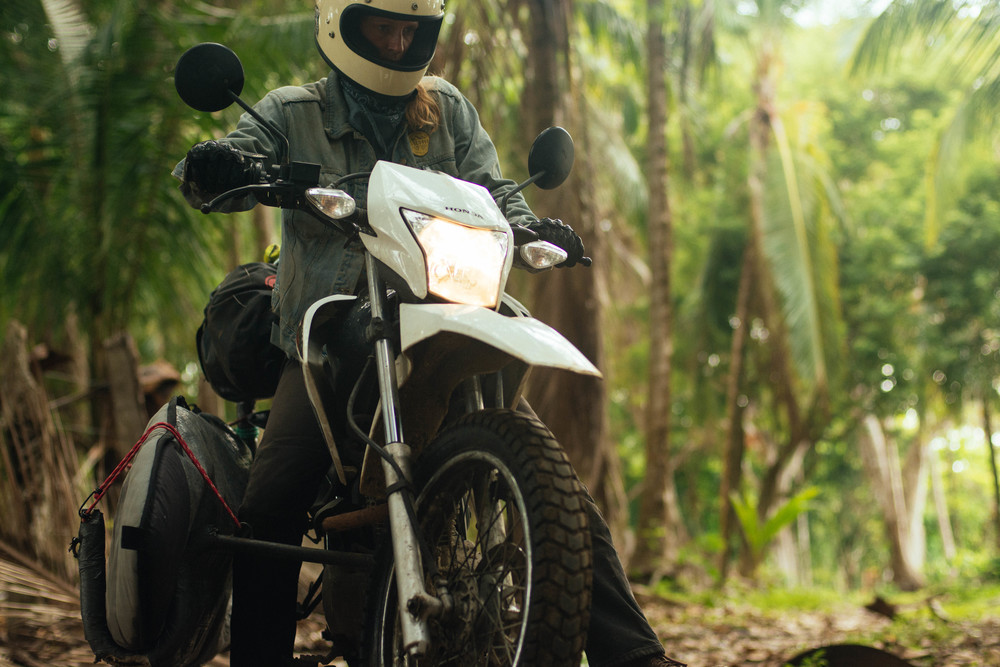 After getting the bikes back, which was a fairly straightforward process and after a small delay we were finished and on the road before noon the next day rather than 5pm the original day. We crossed straight over to the Pacific Coast, passing straight through Panama City and over the Panama Canal. We camped one night in hammocks under a shelter on a beach in the middle of nowhere, there was potential for good waves but the swell was small when we got there so we left early in the morning. We might have stuck around but the place charged $10 each for the privilege of a hammock with no lights, no mosquito nets and no kitchen to cook in. We didn’t freecamp as were still freaking out a bit after the boat incident so we decided it was sensible to pay to camp somewhere a little more secure. 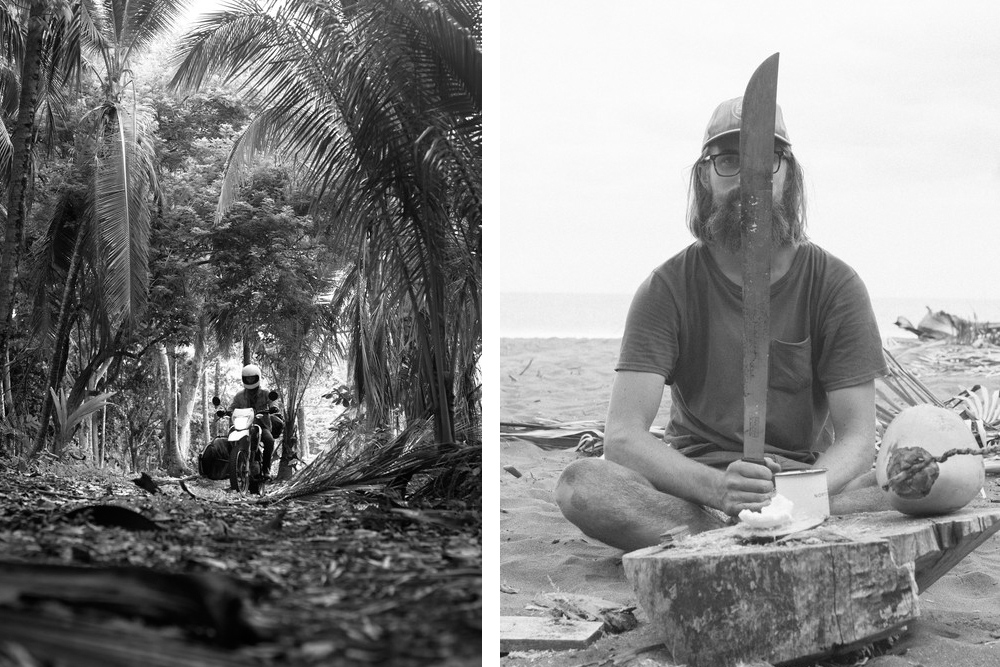 The next day we moved a few hours west to an Eco Project which had a hostel and space for tents in the jungle right outside of a beach break. They wanted $6 each a night but offered use of wifi, a kitchen, free drinkable water, showers and shelter from the sun and rain. It was awesome to hang out there; surf in the mornings then cook good food, lounge around on hammocks and check out the abundant wildlife. There were howler monkeys everywhere, in the trees above our heads, waking us up with their threatening roar. We saw hummingbirds, geckos, iguanas and shared the tent with about a hundred crabs. We spend the evenings putting the world to rights with a cool french guy called Frank and hanging around with an English couple who are out here on a surf trip too. The beach break was busy but the swell was growing every day so we hung around for a while and ended up scoring some fun waves. The water is really warm and the wind patterns predictable – no wind in the mornings until the onshores starting at about lunchtime put an end to surfing. We stayed for six days or so and spent very little money besides the camping fees which we were happy to pay to support the project. Everywhere around the peninsular we were on seems to have fallen victim to deforestation in favour of cattle farming or tourism. Meanwhile the project was planting trees, working with ideas around permaculture to improve the landscape for the vast array of wildlife that has been pushed off the peninsular. We felt proud to stay there rather than the big concrete development metres away from the high tide void of any trees or wildlife.

We kept meaning to move for a few days but just got a little stuck there; the surf wasn’t perfect but it was pretty fun and it had a good vibe in the water. We were looking for somewhere a bit more remote to surf without the crowds for the new swell that hopefully marked the start of the season. Bryn and Ehli, the English couple, were keen to check out the same place we had in mind so we set off early one morning and made our way round to a pretty remote part of Panama. There was only one Hostel that had no mains power or running water; a solar panel provided an hour or so of electricity in the evenings. We asked about camping on their land so we could use the (lack of as it turned out) facilities and the owner wanted to charge us $30 per night – for basically nothing. We rode a few hundred metres up the sand track and found an empty lot (bought and probably awaiting infrastructure before it is developed) that had an old shelter facing the sea, surrounded by coconut trees. We pitched the tent under the shelter and set up camp. It was perfect. We were already feeling pretty feral after a week of camping so we were in our element there for four days, surfing the heavy beach break with lots of closeouts in the mornings and cooking great food on the stove and hunting for coconuts to provide us with water in the afternoons. On the last night the sky was lit up by fork lightning and we were surrounded by deafening thunder, it was incredible to be amongst it. 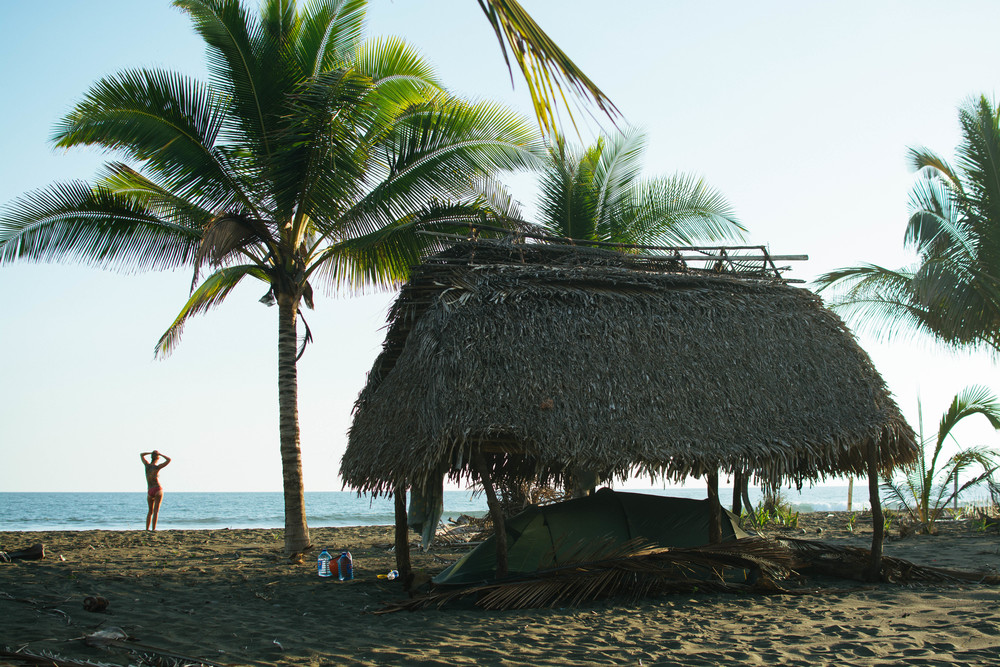 It was amazing to be out there in the wilderness so far from anything, we didn’t see people all afternoon or evening, we were completely disconnected from everything, just us, good food, coconuts and a two litre carton of cheap red wine. You haven’t lived until you have done the washing up in the sea naked at night surrounded by bioluminescent plankton and fireflies… 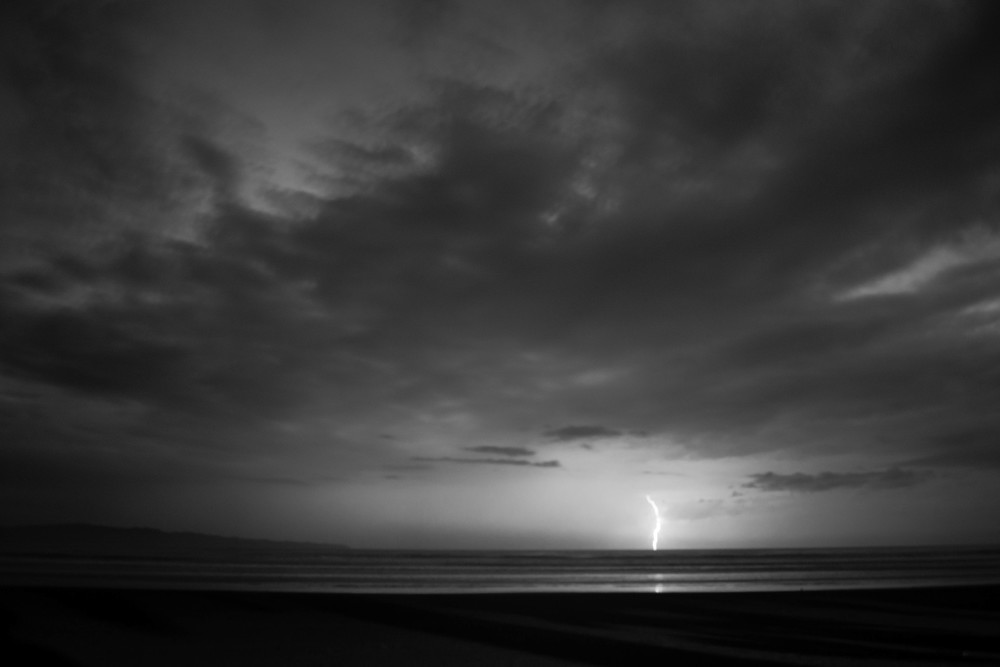 The surf was good, there were some really solid, hollow waves coming through and pounding onto the shallow sand looking like the pages of a magazine article on Central America. The small crowd were pretty intense, it felt like everybody was a bit crazed; they had made it out there to this remote place and for the two hours the tide and wind were good they were determined to make at least one good wave. That was the problem, very few of the picture perfect waves were makable; fast, pinching tubes popped around one area. In the two hour session, maybe two or three tubes were exited. It was amazing to be out there, camping for free, watching the stars at night and being alone. The surf just wasn’t quite up to the standard we have been used to in South America. 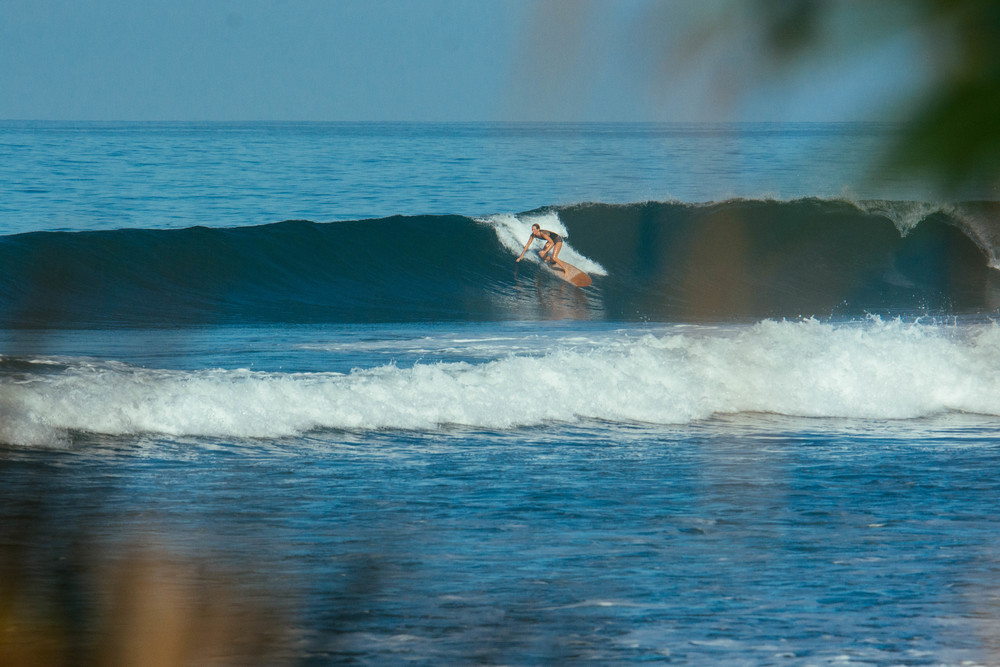 In our heads we had decided to try to avoid Santa Catalina, Panama’s most famous wave, we were enjoying the wilderness and even the crowds at the remote beach break were too much for us but we needed to make some progress towards Costa Rica and we were both desperate for a wave that might allow us to do more than one turn before it closed out. Bryn and Ehli were heading that way too so we rode over in convoy, us following them in their little rental Jimny, we stopped at a huge mango tree that had dropped tonnes of perfect mangoes on the floor and wolfed them down in the midday heat. 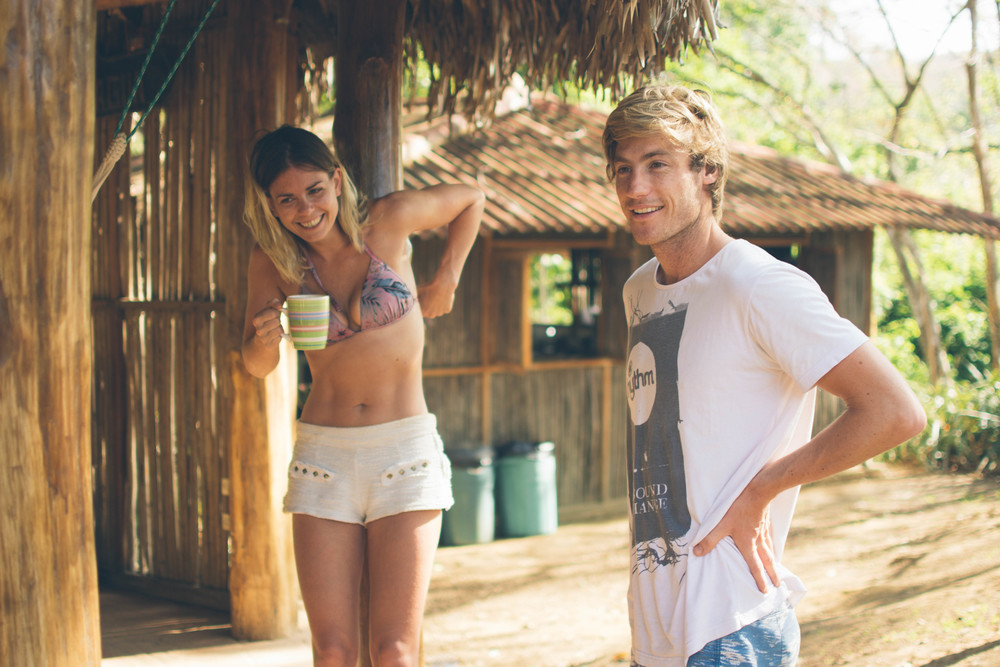 Again, everything in Santa Catalina was way too expensive for us but we found a place to camp with showers, wifi and sheltered areas from the sun and rain. Although it transpired that the wifi didn’t work, there was no kitchen, the water was on and off sporadically and during a tropical downpour, the shelter collapsed.

The wave was close to perfect though; a long right hand point which suffered a pretty heavy crowd problem; the Panamanian locals seem to have a real problem with tourists, this seems to extend beyond just local surfers and to shop keepers and even hostel owners. In fact, the Gringos that move to Panama seem to be the most hostile. It was pretty embarrassing to be part of a surfing community that breeds such meat-heat idiots like the guys there. They would gang up and block non-locals, drop in on them deliberately and proceed to shout at them for taking waves that belong to locals. It was a campaign of pathetic intimidation that meant we were only allowed the left-overs, but they were pretty decent so it was fun. Sal managed to catch a few set waves amongst the madness. 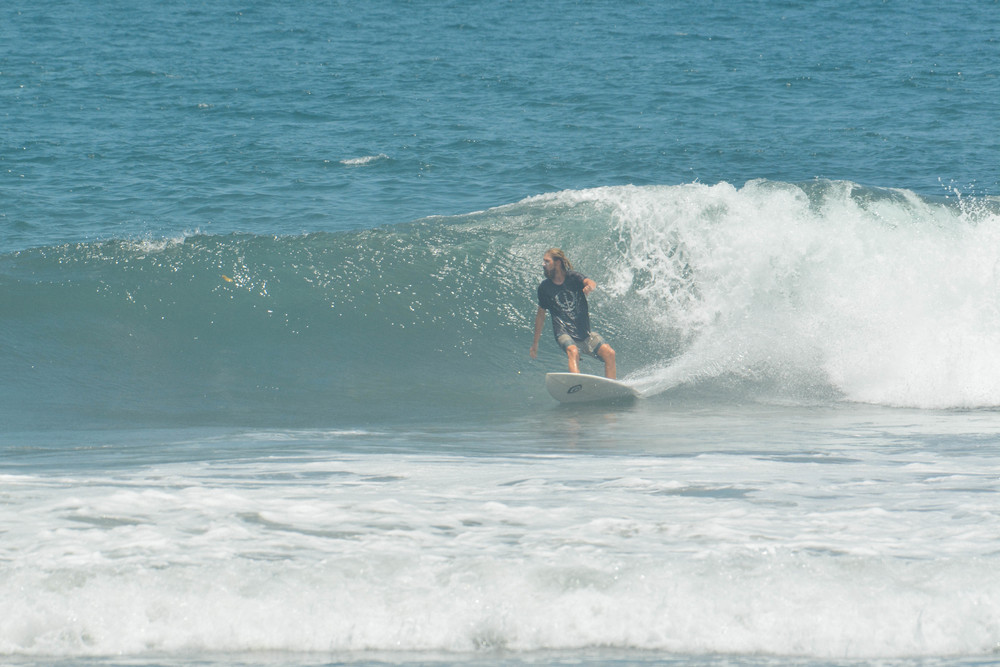 We were all set to head to Costa Rica when we had a change of heart and decided to take the risk and explore a super remote peninsular on the Costa Rican border. Rumours of good empty waves had been passed around and we decided that we should take the risk and check it out. We loaded up with as much food and water as we could carry and headed down the spit of land, past the tarmac and onto the dirt and rubble, then past the dirt and rubble and onto the sand horse tracks, through streams and puddles and dense jungle until we reached a house that allows people to camp there. We pitched the tent but slept in hammocks under a palm shelter, its too hot in a tent here. We woke up to a crazy thunderstorm but were sheltered from the downpour so just drifted in and out of sleep, enjoying the midnight drama of it. Monkeys lived in the trees around us and we adopted two dogs for the time we were there. We read, cooked good food, hung out, walked for miles (we even walked to Costa Rica and back..) and surfed a little. We felt like the people we were staying with were holding information back from us; they knew there were waves but were keeping them all to themselves. That’s fine with us, there aren’t many places left like that in the world. 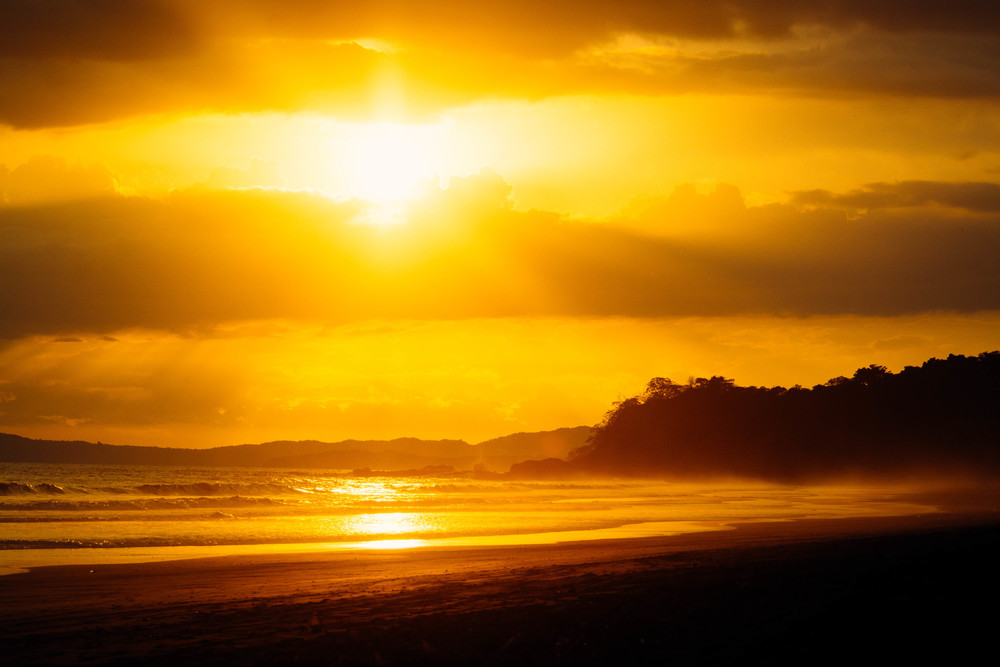 Tom and Sally are in Panama in this episode: