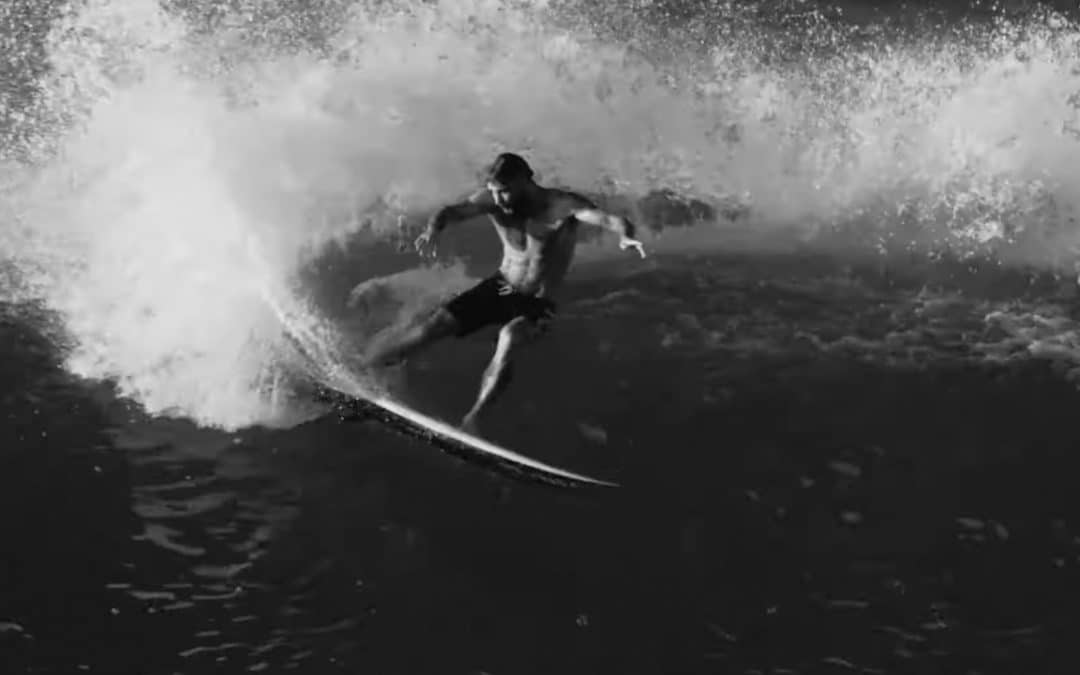 Quiksilver boardshorts have been making statements in the water since 1969.

These days, nobody is making those statements louder than Mikey Wright. His new edit, ROCK, was filmed entirely on a chunk of volcanic discharge in the middle of the Pacific Ocean. Its name? Oahu. Its role in surfing? Sacred ground, proving ground, and occasional playground.

ROCK was filmed entirely in The Original boardshort. The boardshort is an icon of surfing. And Mikey’s surfing is the epitome of original. Because it’s not just about style — it’s about what you do with it.

For more info on The Original boardshort hit up the link here. 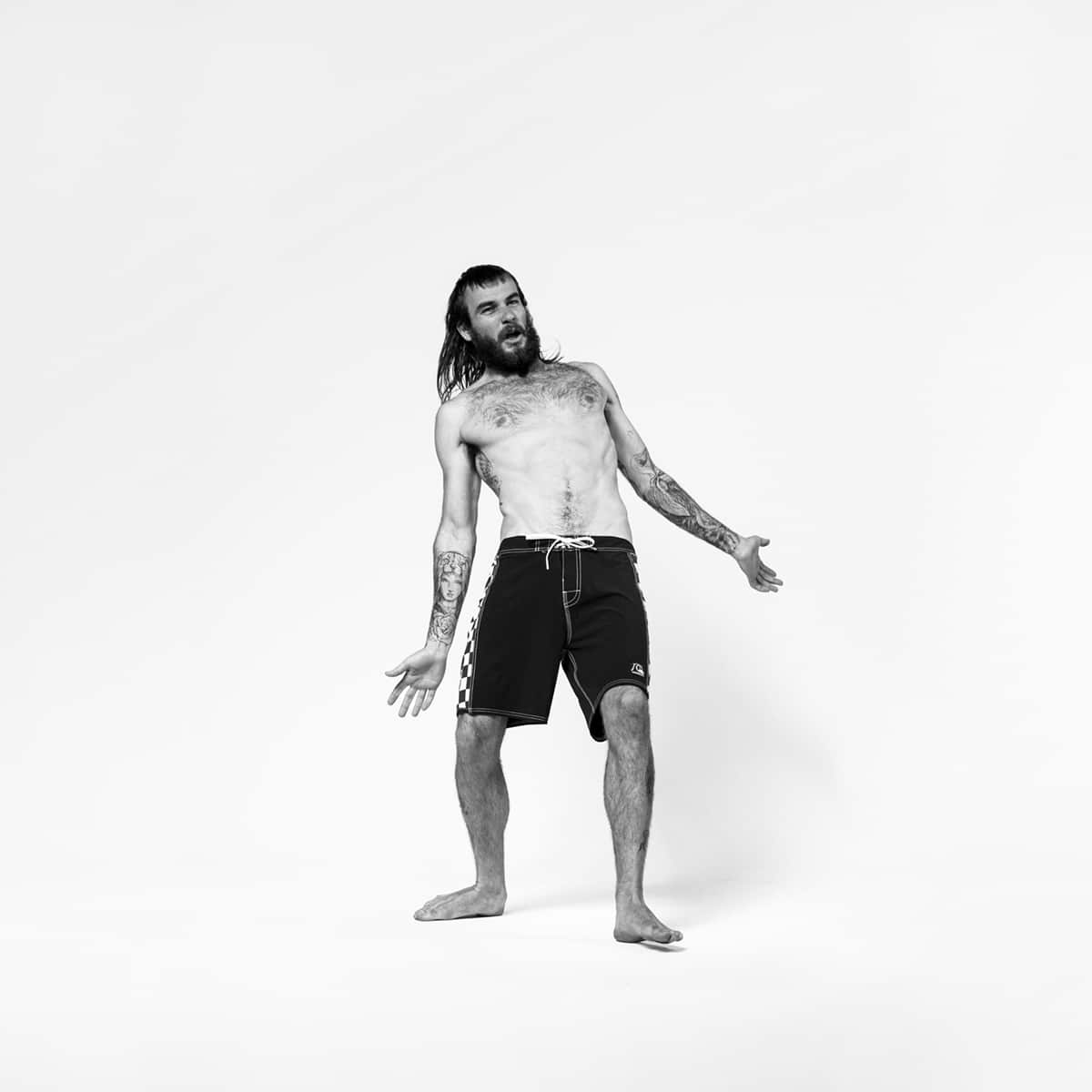 Mikey Wright is a big deal. Now 21 and on the hunt to make the WSL elite tour, he’s also at the cutting edge of the progressive air game, he doesn’t mind charging slabs either. He’s had to deal with media attention since he was a grom, the success of siblings Owen and Tyler, and with his older brother’s illness and recovery, and pulling out of comps to go and enjoy his youth. After a giant slaying run taking out Medina and JJF at the Quiksilver Pro 2018 feels like big year for him, so Steve England though he’d better catch up to see what makes him tick.

I heard a really funny story that you got your contract at Quiksilver because when you were eight you burned the boss on an overhead day at Bells Beach. He was so impressed by your style, he offered you a contract instead of burying you neck deep in the sand. Is this true?
Yeah. When I was younger I was down Bells. I think I was down for a Pro Junior with my brother. I was out early in the morning. Pin was on the inside, and he was the boss of Quiksilver at the time. Anyway my dad pushed me into a wave and I went flying off down the line in front him. After the wave I kinda paddled out the back and I saw he said something to dad. I didn’t really hear or understand what he said, I thought I was in trouble for burning him … But what he was actually saying was like, “Do you want to come up the factory? Bring the grom.” When we got in there they showed me around, and asked if I wanted to ride for them, so yeah and it all started from there.

The Wrights have all grown up in the media spotlight, yet you have all maintained very personable demeanours. What do you put this down to?
I think it’s just how we were brought up as kids, we were always brought up to be respectful. I never aimed at being in the spotlight, I was just following what my older brothers and sisters did, and had fun with it, and was always super quiet. When you grow up in a bigger family if you start getting a big head your big brother is always going to slap you down. Slap you back to square one. So it’s helped being in a big family. Also coming from small town where everyone knew everyone and we all had each others back helps. It was good growing up there. I’d walk everywhere as a kid and town, never had any troubles.

It can be tough for a teenager growing up in general, trying to find themselves, carve out their own personality, especially under the pressure of social media. Now you are 21 what tips would you give to a 16-year old you?
Go and do the same over again! Don’t take things too seriously. Go have fun. Make life enjoyable. That’s what I do now.

So growing up in an era of social media can be tough. Have you ever been put under pressure by trolls?
Not really, I just have laugh with it to be honest. It’s not real life. I’m here happy as and they can say whatever they like and I’ll still have fun. If you are having fun no one really gets to you…

So I think it was three years ago you said “Comps are overrated….” Are you still of this opinion? You seem to be enjoying them!
I think a lot of people took that the wrong way. I had stopped doing competitions but I always knew I was going to come back. I just just wanted to go and live my teens and have fun growing up. Get some experience of life outside of pro surfing. I think a lot of people took it as face value. What I meant was that comps were overrated to me at that age and time of my life. And they were. I didn’t want to do them. I was having more fun travelling with my best mate making clips. And those years definitely helped me to be the person I am now.

This year I’m reading “Mikey Wright eliminates Gabe Medina”, “Mikey Wright eliminates John John…” Some pretty heavy headlines here.
(Laughs) I don’t really read anything into that. I just take them as heat wins. I feel like I don’t want to read anything in case I get a big head. I’m sure if I did my older brothers would be pretty quick to slap me back down to earth. I was pretty happy with it all, but it’s another heat and another learning experience, and getting better at competing and doing better at what I love.

What happened to Owen was heavy, but it must have been tough as a younger brother. How did you deal with it all?
It was tough, we came back together as a family to deal with it, and that was good. What happened to him was heavy, but in his downtime it definitely brought us all back together. We had some good times off and when he was down south. And now he’s on fire, so at some point I guess we are having an all Wright heat.

How is this going to go down? Are you guys super competitive between yourselves or is it got to be a bit weird as you are so close?
Owen and I have never had a heat before so it’s going to be interesting if it ever happens. We are pretty competitive. I’m definitely not going to give it to him easy. I’ll do everything I can to smoke him! (laughs) So there will be winner and loser …

Any banter afterwards you think?
No. It’ll be over straight away. As soon so we hit the beach. We’ll be stoked for each other no matter who wins. We won’t be off each other or anything like that.

It feels like there’s new impetus in the air game at the moment. Albee Layer, John John, and yourself are throwing some crazy tweaked rotations. Does it feel like that to you? What do you think is driving it?
Yeah definitely it’s stepped up a gear. When I was a grom there were only really air reverses. One of my main motivations was going on a boat trip and seeing Matt Meola throw a full rotation airs right out into the flats. Forehand and backhand. And I mean right out in the flats. Not on the wall or anything, right out there. That kind of changed my perspective on airs. From then I kind of knew there was no such thing as “You can’t land airs in the flats..’ And if you can land there you can go bigger, longer and higher. Now I’m watching Albee, Matt and John going next level. I think Albee gets lot of what he does from snowboarding.

Check out Mikey at 6:20 bustin’ loose above

Do you watch any those guys?
A little bit. My main drive is that I used to jump around on trampoline a lot when I was younger and try all kinds of tricks and flips. Not for my surfing, just because I liked jumping about on a tramp … And then with the McTwist it started with backhand air reverse and then I just tried to throw in something a bit different. And it just kind of happened. To be honest I did not really know what I had just done. But I thought ‘I‘m going to keep trying this!’ But yeah, I think I should start watching snowboarding a lot more. There’s so much more we can learn. It’s just so hard surfing; we are not strapped in. Even with skateboarding, skaters have such a small board beneath their feet to grab so it’s easier. With surfing you have massive object beneath your feet and you have to try and manoeuvre that around. So I think its definitely still progressing and it’s definitely going to get there, but it’s just how.

Do you think an artificial wave with a ramp on it would help?
I think Kelly’s has that.

Have you surfed it?
No, but I’d love to. That’s the only thing we don’t have in surfing; the same repetitive ramp. Every time, every wave is different. Some places around the world have pretty consistent wedges, and I think Albee and Matt have found a couple of ramps where the wave is quite repetitive – you have speed sections, ramps and good wind. Just a dream when it comes to practicing airs. A wave that keeps popping up and offers the opportunity to keep trying an air over and over.

So who your funniest travel partner.
My best mate Wayne. We have had some pretty funny trips over the years. We have been mates since we were groms on the south coast. We used to play soccer together – my older brother Tim was the team coach. Then we surfed the Boardriders club together at the weekends. We both dated two best friends … So we were always hanging out. Then I moved away when I was 12. When I was 16 I moved back and he was doing film at school and had a camera, so we just started hanging again. Then he started filming me and we just started travelling, making clips and having a hell time along the way.

Biggest inspiration…
My dog. I got collie cross poodle. He’s three years old and his name is ‘Bacon’. He just follows me everywhere. Just loyal. I’ll go surf for two hours and he’ll just sit on the beach and chase flies, then come back sit in the same spot wait for me on the water’s edge. He’ll watch the surf – he knows when it’s me surfing – and when I come in he’s sat there waiting. He’s pretty smart. He also likes going 4×4 driving!

Do you miss him when you are away?
Yeah but my girl has him and sends me videos.

Do you ever Facetime him?
Yeah sometimes, but it’s better when she sends me videos because when we Facetime, I don’t know if he can hear me or not, but he kinda gets all devo’d.

Ah bless … Have you got anything exciting lined up for 2018?
Just doing the comps, keep competing, have fun. I’m an ambassador for Goodrich Tyres and I’m going out to the Victorian high country testing their wheels. Other than that doing comps, a few trips here and there … And camping with the dog and me girl. Camping and fishing, having fun!right is cut from the same high end cloth

“Cached” is a short film featuring Mikey Wright, shot in France not too long ago..