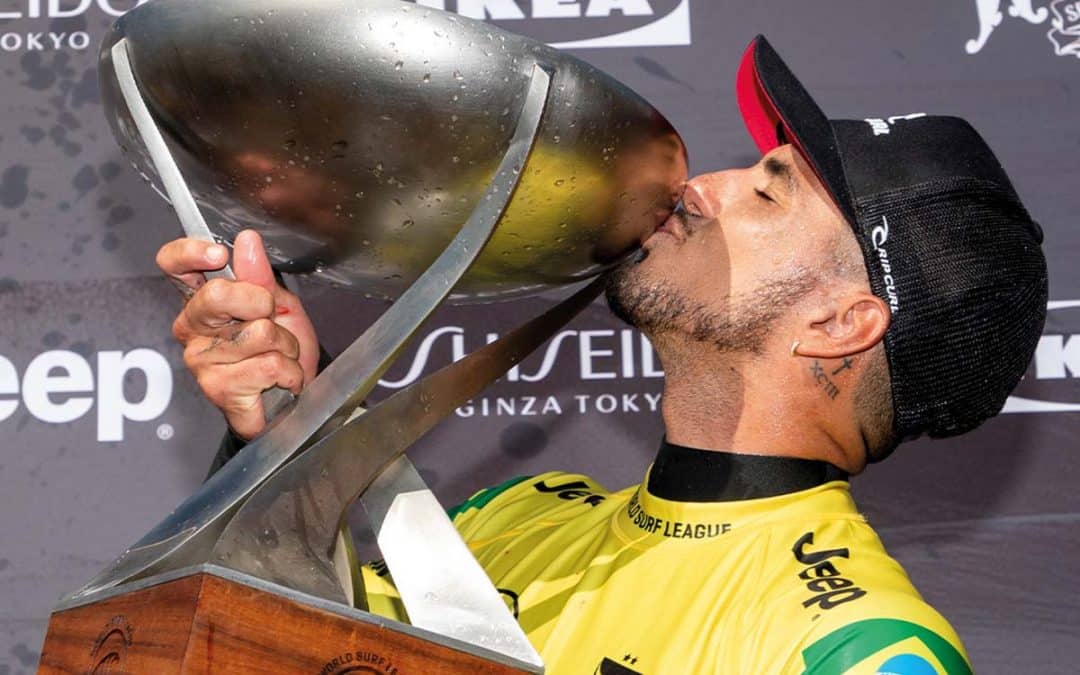 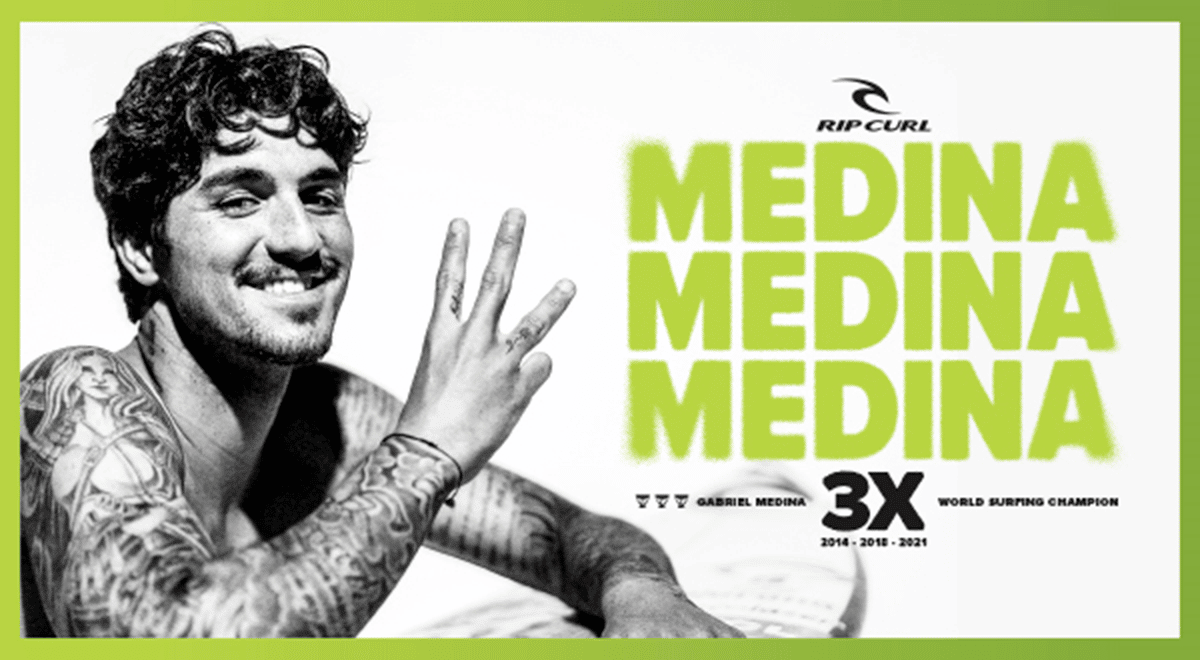 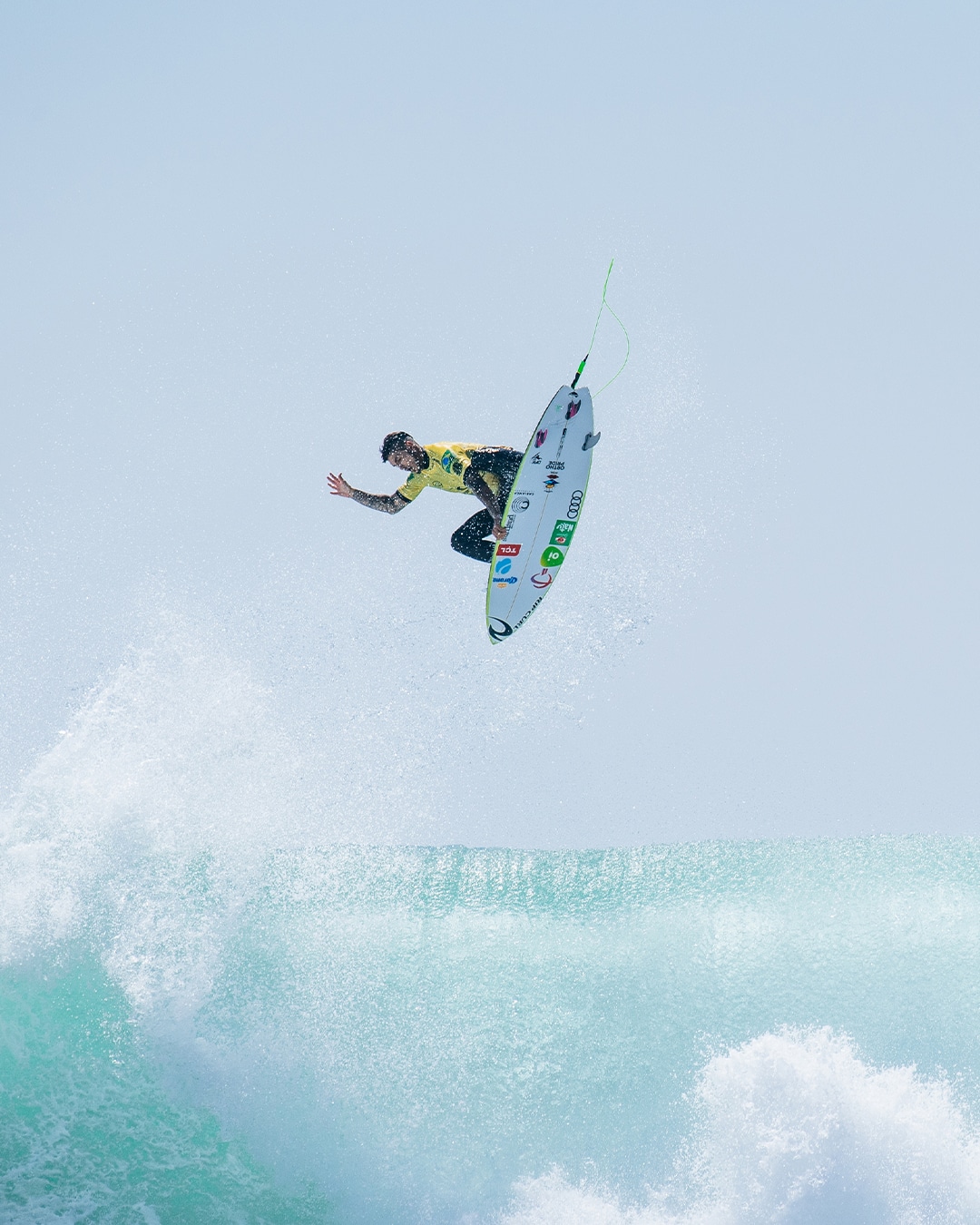 “Dream big. Work hard. Do everything with love”, says Gabriel Medina, on his desire to win a third World Title.

For Medina, this third World Title puts him amongst some very heavy company. He joins surfers such as Tom Curren, Andy Irons and Mick Fanning with three Titles.

Heading into the Title Match, the 2021 World Championship was No. 1 seed Medina’s lose. After a dominant regular season, the Brazilian goofyfoot just kept right on rolling at Lowers against rival Filipe Toledo.

He opened the best-out-of-three matchup by taking the first heat courtesy of the day’s first 9-point ride. A tight heat, Medina ended up edging out Toledo by a mere 0.60 of a point with a 16.30 scoreline.

Medina then went into overdrive in the second heat of the Title Match. Stomping a backflip — a freesurf move he unleashed on the internet just days ago — the judges awarded him a 9.03 for sticking it in competition to put the heat well in his control. 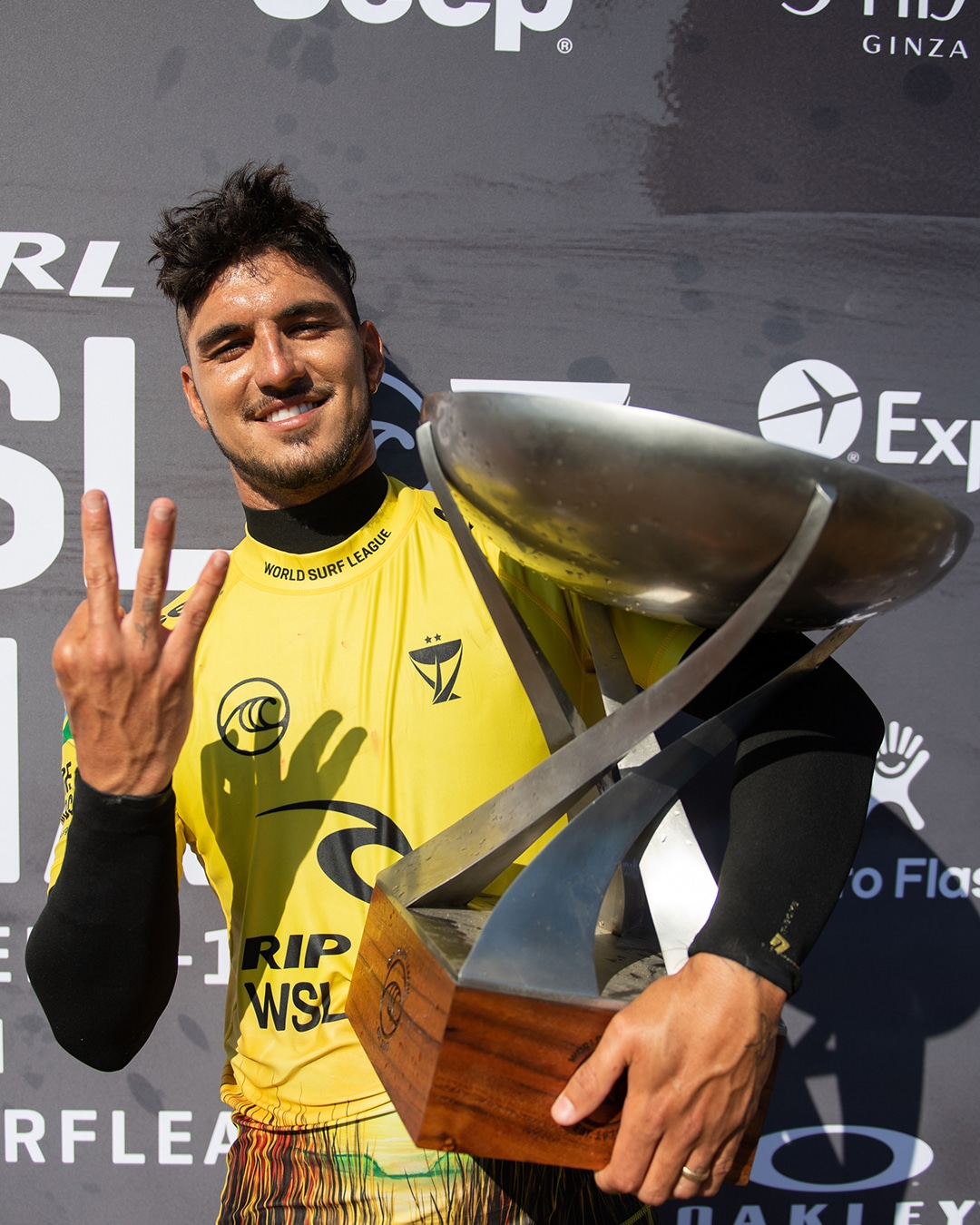 About halfway through the Match things were forced to go on hold due to a shark in the lineup — reportedly an eight-foot great white — but Medina was able to pick right back up where he left off and held off a hard-charging Toledo — who had multiple eight-point rides of his own — to claim his third Title.

“I feel so happy. It is not everyday you accomplish your dream,” Medina said afterwards. “It feels so good to dream. Every dream seems to be impossible until it is done … I had this dream in my mind for a long time.”
#VaiMedina #RipCurlWSLFinals 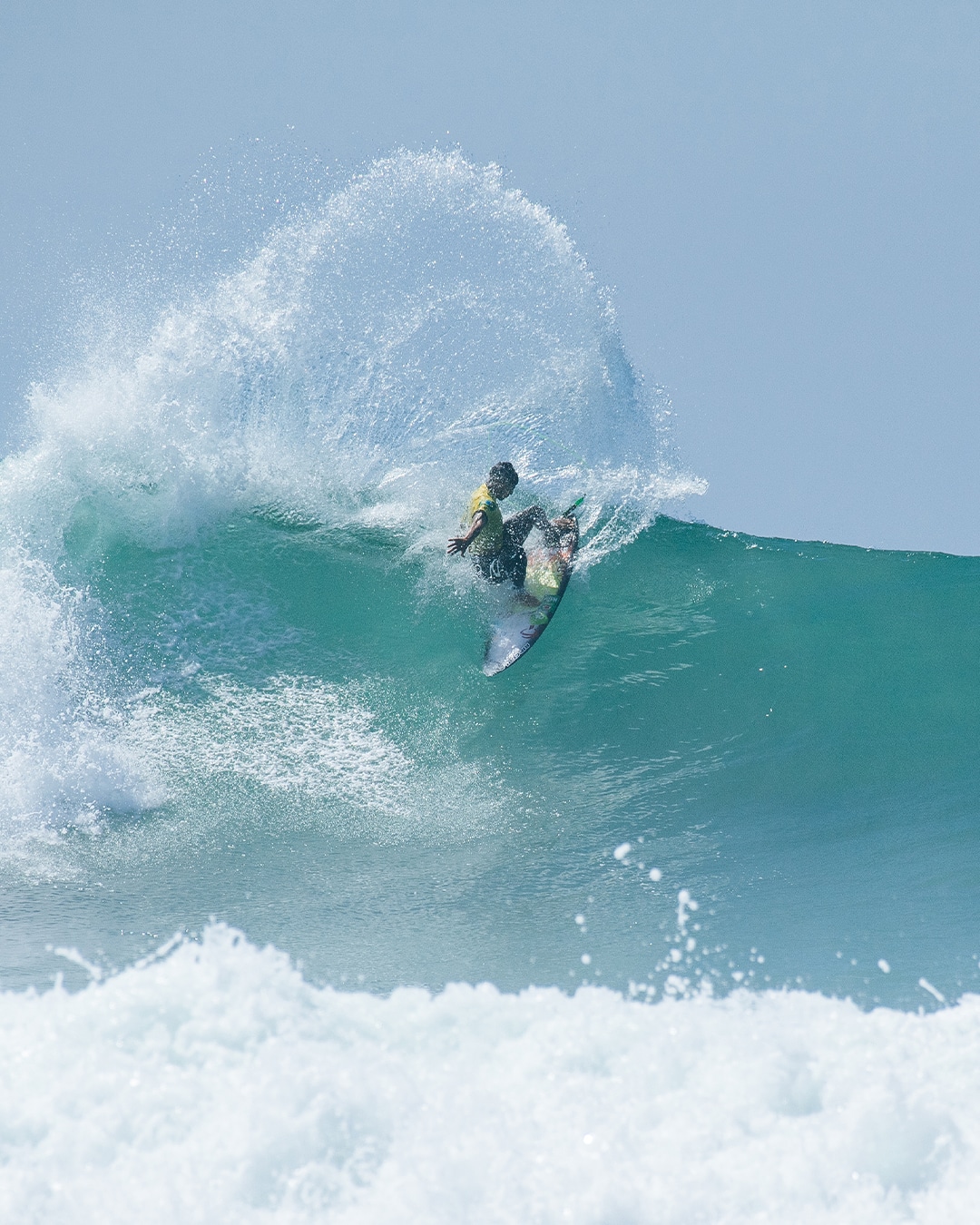 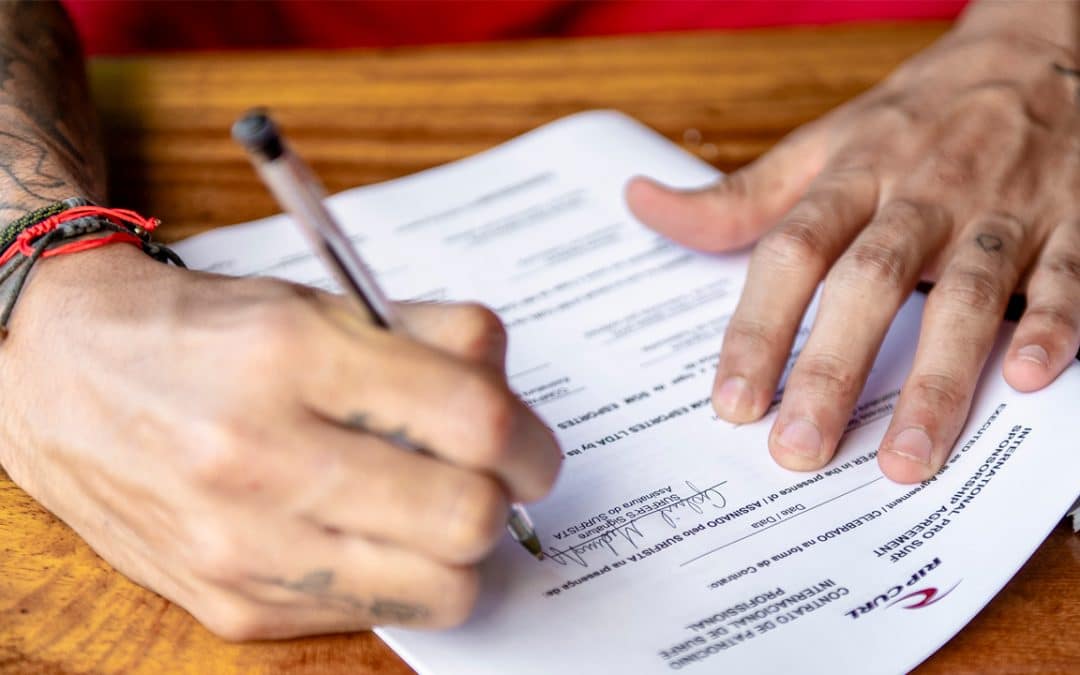 Twice world surfing champion Gabriel Medina has extended his long term relationship with surfing company Rip Curl in a new five year deal. Medina has been with Rip Curl 12 years and the contract cements his position as the number one Rip Curl rider in the hunt for his third WSL World Title.

“Rip Curl and I, we have been together a long time and we know each other well,” said Medina. “We have a lot of respect and support for each other and they are a surfing company all the way through.”

Standing tall at 180cms and just on 80 kilos, the powerful goofy foot revels in the heavy reef break conditions of the Banzai Pipeline. “The waves are going to be good for Pipe and I love it there. I want to get the tour started and surf hard again. I’m ready.”

With the 2020 World Surfing Tour cancelled due to Covid-19, the surfing world awaits as competition resumes at the Billabong Pipe Masters on December 8. Medina, from Maresias, Sao Paulo, Brazil, won both his 2014 and 2018 world titles at Pipeline and enters the resumed race as one of the top five contenders for the 2021 world title.

It will be a big year for Medina, age 26, who will represent his nation at the Tokyo Olympics later in 2021 and will aim to win the Gold medal and the title in one year. A feat never before achieved. 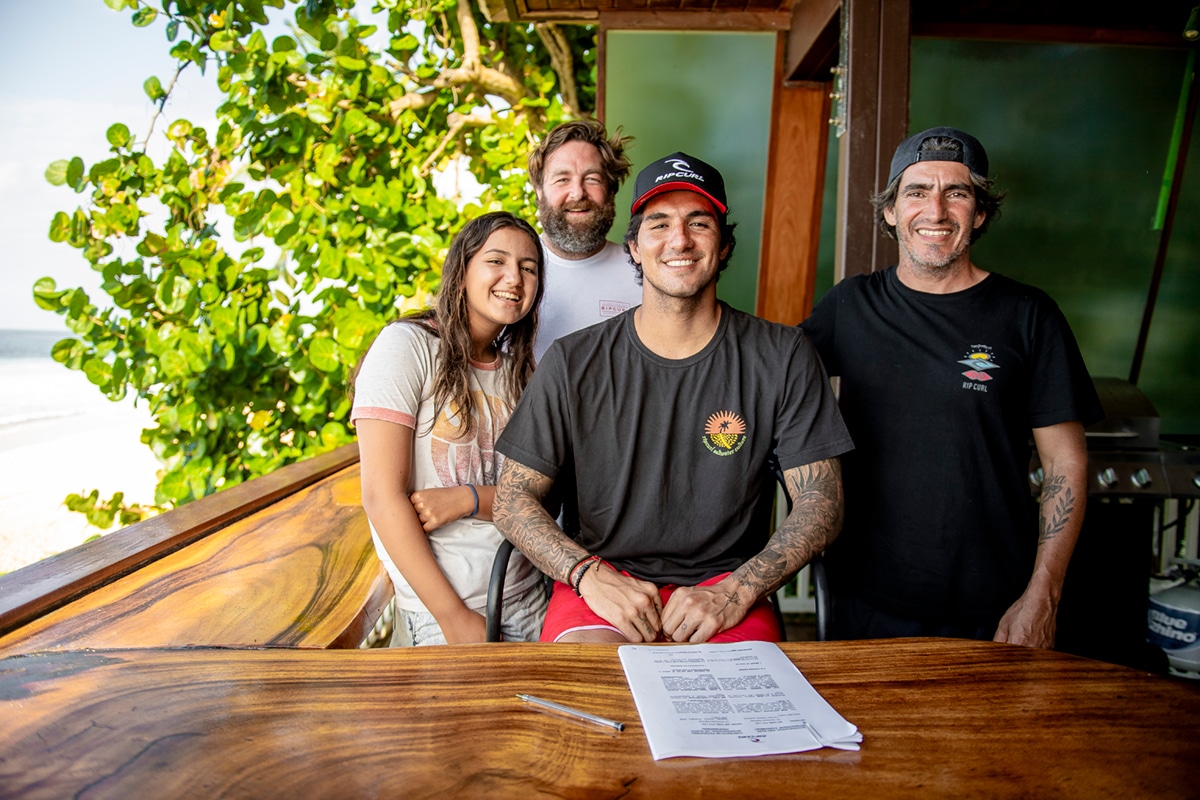 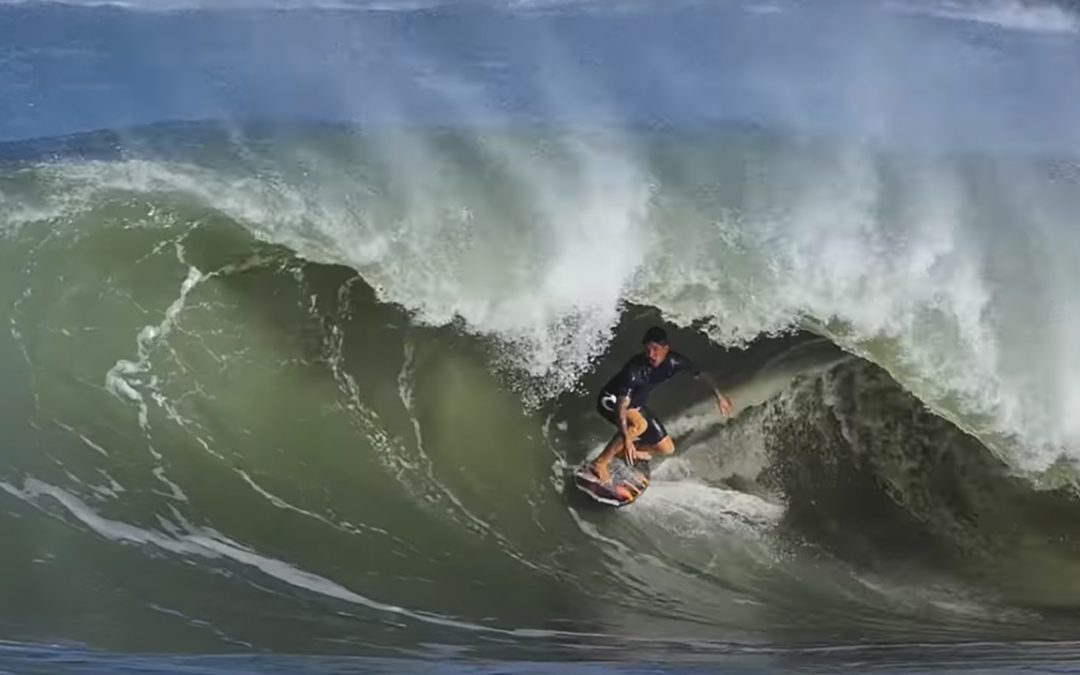 Gabriel Medina – At Home in Brazil

What does the most competitive surfer on the WSL Championship Tour do when there’s no competition? He works from home. Warm water, cold water, overhead or in little runners – watch Medina hit Brazil’s best breaks. 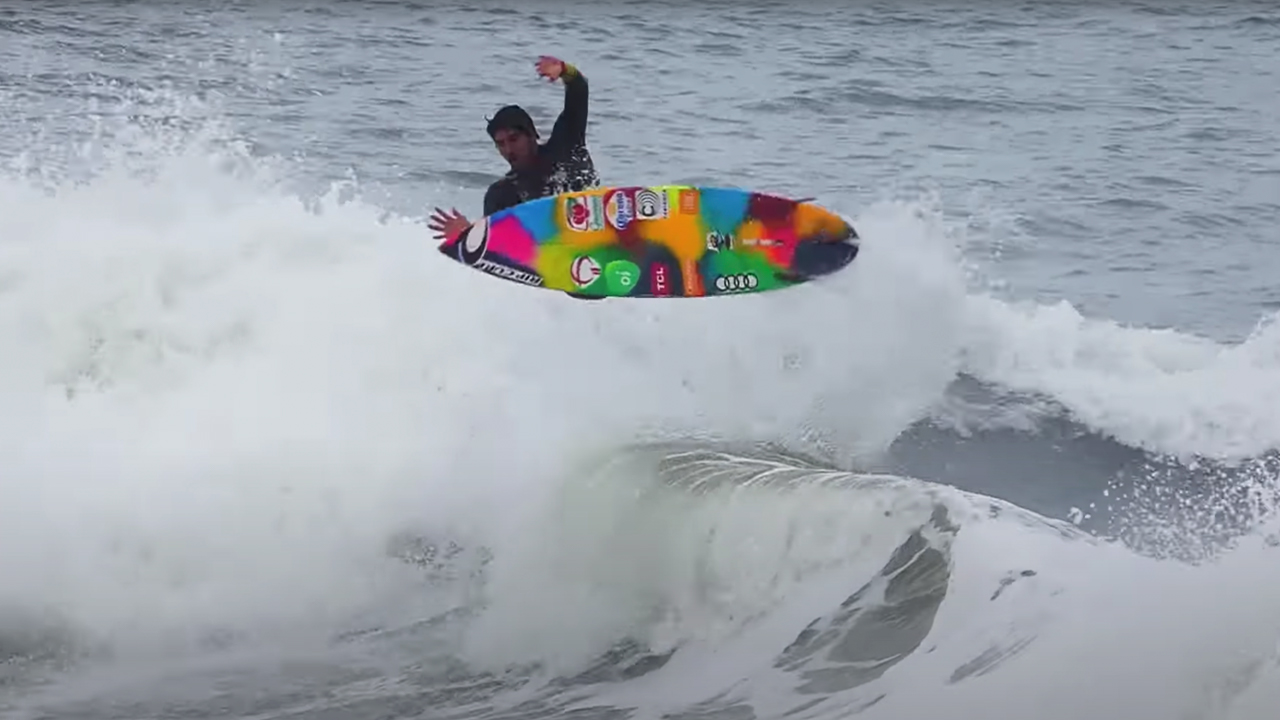 Oh so much anticipation and oh so much rapid defroth this morning down here in Peniche. The hurricane swell is hiding its light under a bushel at the moment. Hopefully it’ll kick in for tomorrow and Friday. In the mean time there were a few fun ones first thing and Medina made the most of it…

A few waves from this morning's free surf with @gabriel1medina and co.
Shot by @Surf_Photo pic.twitter.com/EoQAq1sRan