Amazing Waves – the mother of all surf photography books is here!

It is now four years since we published the critically acclaimed ‘Incredible Waves’ which won Illustrated Book of the Year at the 2014 British Sports Book Awards.

We have now published ‘Amazing Waves”

The photos in Amazing Waves are guaranteed to thrill anyone with a love of the ocean. We think it is our best book yet.

An extra day has been added to the London showing. It is now Saturday 2 and Sunday 3 September. Saturdays show is sold out.

Get your tickets here>
https://www.eventbrite.de/e/chris-burkard-presents-under-an-arctic-sky-london-additional-screening-tickets-37453300831

This autumn Honolulu Events presents with Chris Burkard his new movie “Under an Arctic Sky”.

In ten different cities, the audience will be taken on an unforgettable evening through the breathtaking landscape of Iceland. Chris Burkard is an accomplished explorer, photographer, creative director, speaker and author. Chris Burkard tours through Europe between August 28th and September 08th 2017. On his tour, Chris Burkard will present his new movie “Under an Arctic Sky” and provides details about the experience of shooting a movie in Iceland, in a wild and stunning nature. The show starts with a slide show that will reveal some experiences during his adventures in Iceland, continues with his new movie and ends with a Q&A between the audience and Chris Burkard. The film follows six surfers along with adventure photographer Chris Burkard and filmmaker Ben Weiland as they seek out unknown swell in the remote fjords of Iceland’s Hornstrandir Nature Reserve. Chartering a boat, they depart from Isafjordur on the cusp of the largest storm to make landfall in twenty-five years. With the knowledge that storms bring legendary swell the crew are optimistic, but face failure when the storm forces them back to shore. Making the decision to carry the expedition on by road they experience the brutality of Iceland’s winter and begin to question if searching out the unknown is worth risking their lives for. Despite setbacks the team pushes on and finds that uncertainty is the best ingredient for discovering the unimaginable.

Q: How did the film come to fruition?
A: Under An Arctic Sky was years in the making. While the trip didn’t take place until December 2015, Chris Burkard and his long-time collaborator Ben Weiland knew they had an important story to tell that transcended surfing. After numerous trips to arctic regions like the Aleutian Islands, the Kamchatka Peninsula and the Faroe Islands they knew they wanted to focus on more than just surfing in their next film. Elli Thor Magnusson, an Icelandic photographer and Chris’ good friend, had told Chris of a remote region in the Northwestern-most part of Iceland that he was eager to explore for new waves. With surf culture becoming more mainstream and brands catering to a larger audience, Chris and Ben saw the perfect opportunity to usher audiences back to the excitement of the sports adventurous roots. When the swell finally showed promise – Chris and crew departed to Iceland, just as the worst storm in twenty-five years approached.

Q: Why suffer through such cold conditions just for a wave?
A: Whenever you ask someone what they picture when they think of a surfer they’d probably say a long-haired blonde kid from Southern California. There’s this stigma that the best places to surf are in warm, tropical places. This isn’t entirely true. Sure you can go to Hawaii and surf the North Shore, or Australia and watch perfect waves curl in crowded line-ups, but this isn’t what attracts people to surf. Big wave surfer and cold-water pioneer “Doc” Renneker says that it wasn’t about finding a perfect wave but that “surfing was just an excuse to get to these incredible places”. There’s so much joy when you find success after going through the proverbial (or in our case literal) storm. When you go to these places, there aren’t thousands of people onshore watching, or fifty surfers fighting for one of the many perfect waves, it’s just one or two surfers out in the wild having fun and enjoying the beauty around them. The water may be 34o, it may be snowing and miserable 99% of the time, but we go for the 1%, when everything comes together and we’re surfing a mushy wave under the northern lights with our best friends. In the end, that’s what matters – those singular moments that we can look back on and say, “ya, that was all worth it”.

Q: What are your hopes for the film moving forward?
A: Ultimately our main goal is getting as many people to see the film as possible. Directly after the Tribeca release we’ll be touring the film across North America, beginning on the West coast. We’ve been getting incredible feedback form fans around the world asking for us to come to their cities to show a premiere so we intend on doing just that. Thanks to a successful Kickstarter campaign we’re incredibly excited to share that we’ll have the means to travel all over to screen the film. In September we’ll launch the international tour which will run throughout Europe, Australia and South America as well as select countries in Asia. After the initial tour

Surfing under the Northern Lights 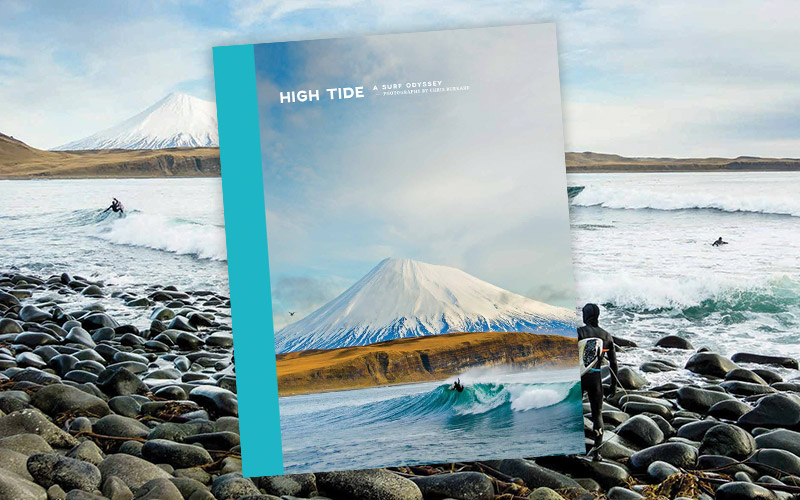 Breathtaking landscapes, remote and desolate places, the highest waves, the most spectacular jumps and a story of surfing to the ends of the world. A photographic homage to surfing in extreme conditions, made by an international surfer and his team. High Tide, A Surf Odyssey follows the surfers in their epic journeys and achievements in the most diverse land- and seascapes. This book portrays the ultimate battle between the elements and mankind: the water and the waves against the board and man.

Searching for wild, remote destinations and offbeat landscapes, Chris Burkard portrays the humble placement of the human in contrast to nature. At the age of 28, Burkard has established himself as a known name in the surf and outdoor industries.

‘High Tide, A Surf Odyssey’ is available
at the Carve Shop, SHOP HERE. 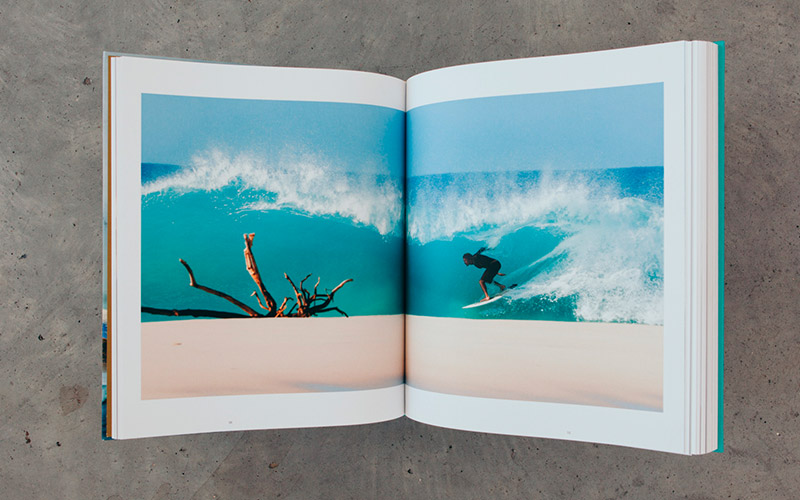 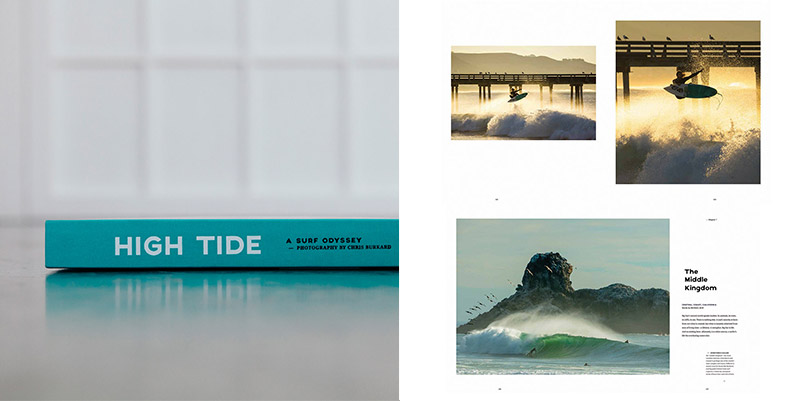 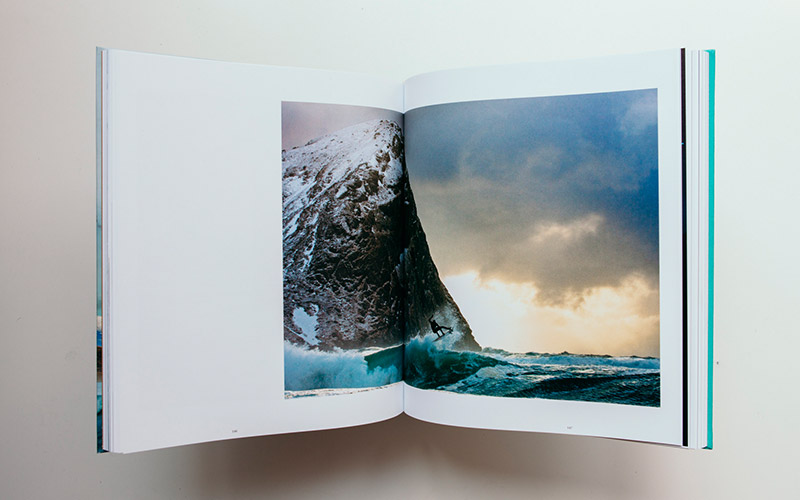