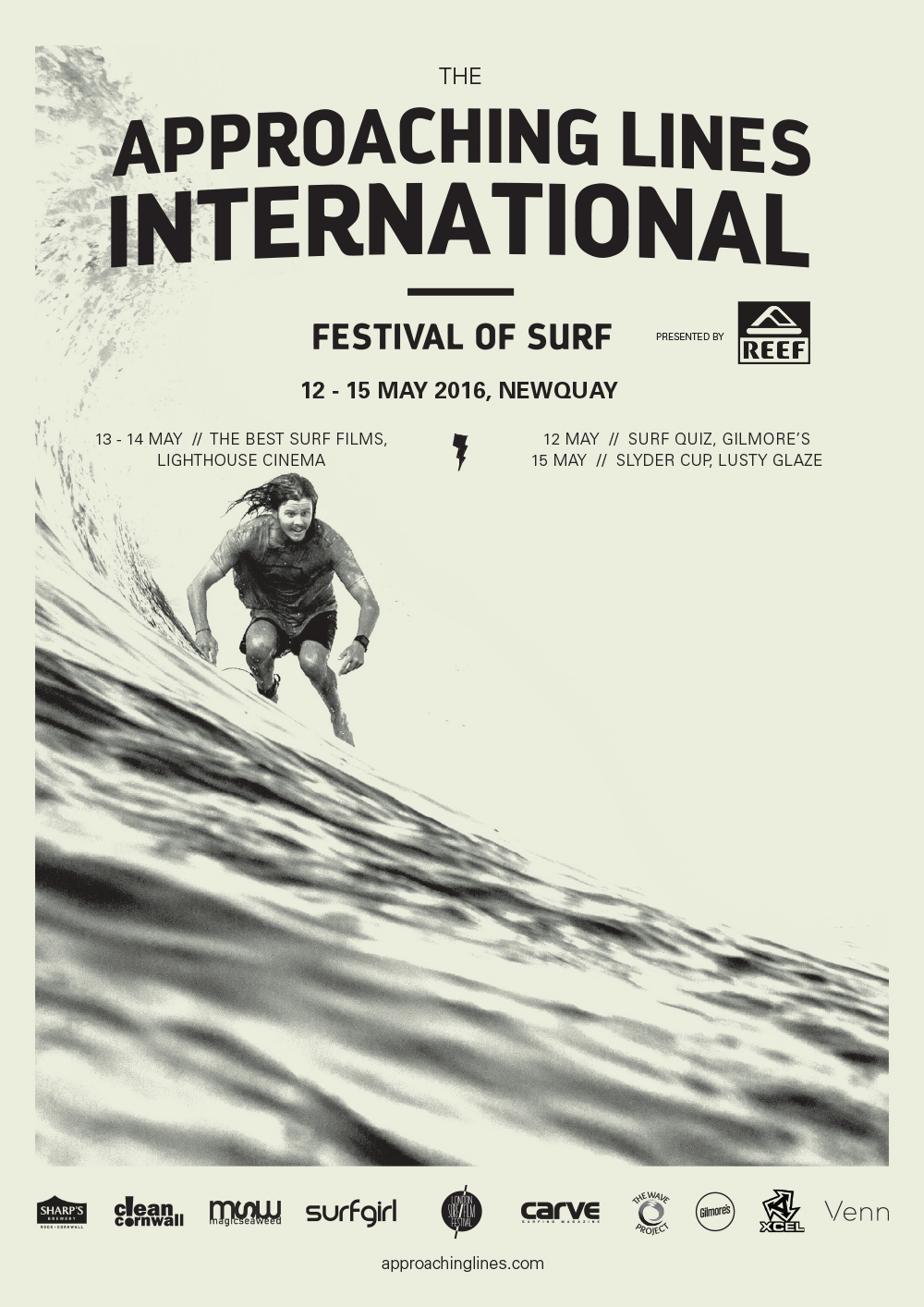 “We’ve worked with the very best filmmaking talent across the globe to curate a line up of the year’s most inspiring and exciting movies, bringing two night of stunning cinematography, cutting edge performance and inspiring documentaries to the Southwest,” says Festival Director Chris Nelson. “Hosted at the state of the art Lighthouse Cinema, Newquay, this year’s programme takes you on a waveriding journey that will stoke the fires for the season ahead. For many of the films this will be the only chance to see them on the big screen in the southwest, watched as they were intended to be seen, surrounded by an enthusiastic and amped crew.”

Accompanied by the inaugural Approaching Lines charity surf quiz night hosted at Gilmore’s on 12th May plus the UK’s most exciting alt wave riding contest, The Slyder Cup hosted at the Lusty Glaze shred wedge, 15th May, The Approaching Lines International presented by REEF is a celebration of the cream of contemporary surf culture. www.approachinglines.com

Full line up to be released soon.