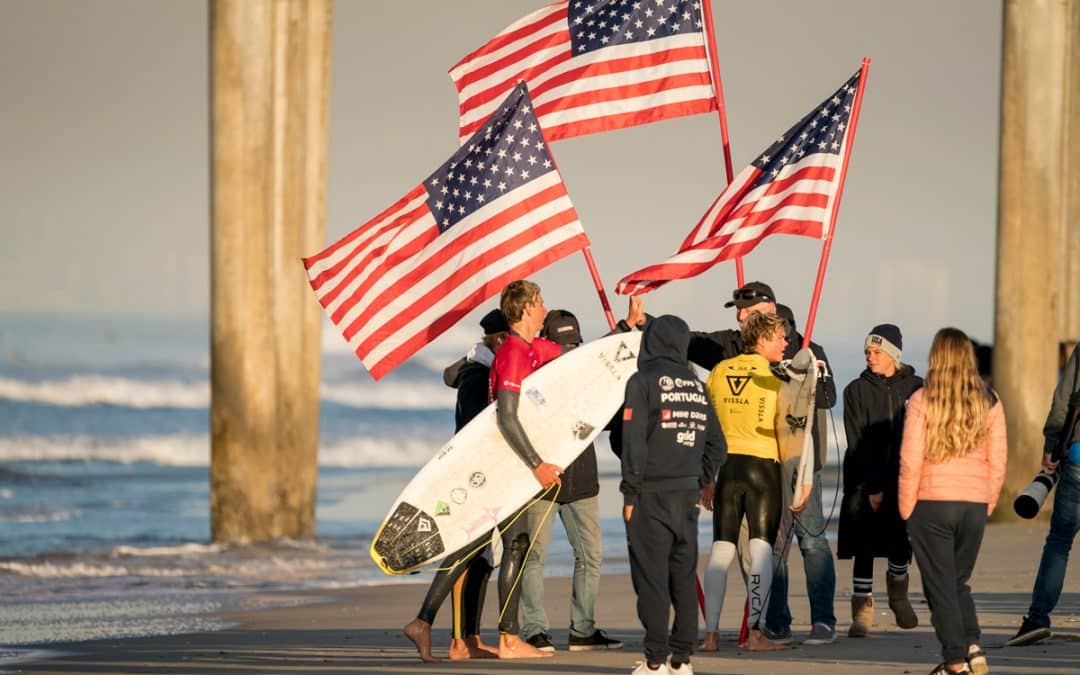 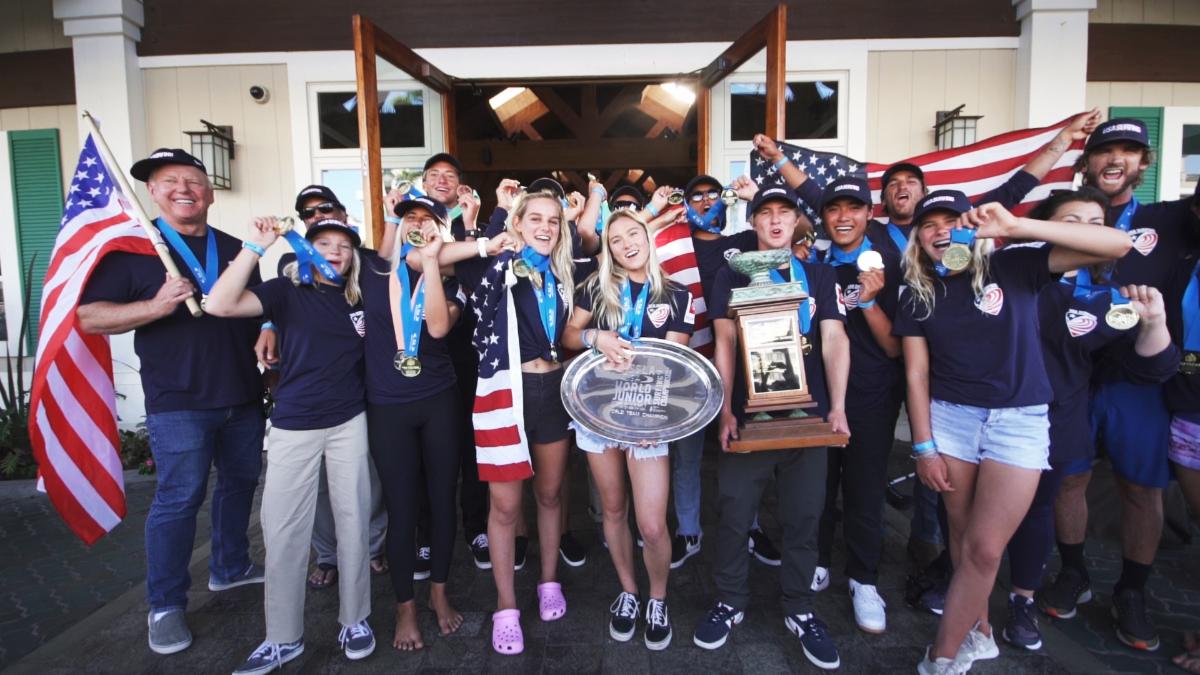 Team USA was propelled by an impressive five individual medals, highlighted by a Gold in the Boys U-18 Division for Dimitri Poulos.

“The support of USA has been insane!” said Poulos. “Everyone is down on the beach screaming for me.”

Team USA last won the Gold in 2017, nearly repeating as World Champions in 2018, but narrowly coming up short behind a first-time Gold Medal performance from Team Japan. Team USA’s return to the top of global junior surfing in 2019 is their third Gold, first winning the Team Title in 2015.

Team Hawaii followed USA with the Silver Medal, riding a wave of momentum behind the individual Gold Medal performances of Jackson Bunch in Boys U-16 and Gabriela Bryan in Girls U-18.

“It’s pretty awesome to win gold,” said Bunch. “I was reviewing the past champions of this event and I couldn’t believe how many people on (the World Surf League Championship) tour had won this event.

“I am super psyched to win it and hopefully I can be like one of them.”

Bryan said, “Two gold medals for Hawaii is super awesome. It’s definitely one of the best days of my life. Seeing Jackson out there dropping nines motivated me to keep it going for Hawaii.” 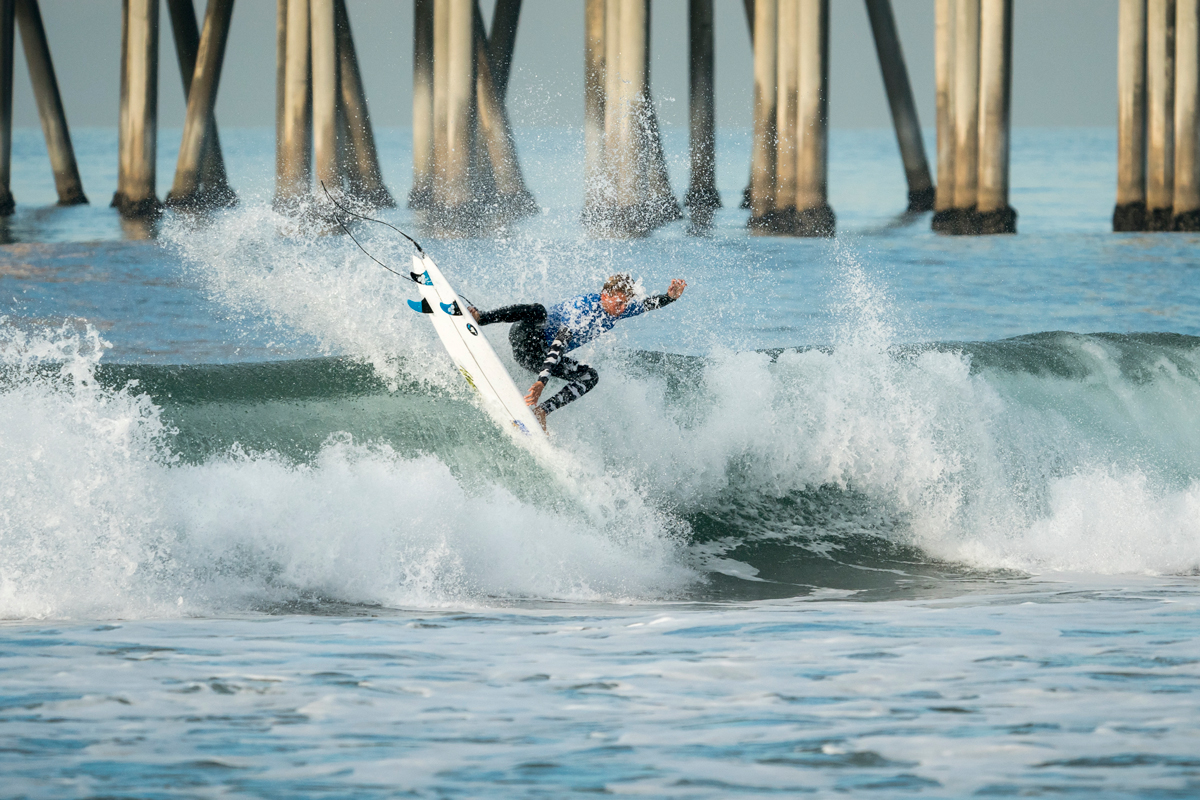 Noah Lia Klapp led Team Germany to eighth overall with two individual medals across both Girls Divisions. Klapp took the Gold Medal first in Girls U-16 and then followed up with the Bronze in Girls U-18 only minutes later.

“It feels great to see all the hard work pay off,” said Klapp. “Team Germany is the best team that I could ask for. They’re amazing.”

The final day of competition kicked off on the south side of Huntington Beach Pier with a decrease in swell, but classic, clean conditions to determine the World Champions.

After a morning of all Main Event Finals and Repechage Finals, the competition arrived at the highly anticipated Grand Finals to write the next chapter of the history books and identify the future stars of the sport.

After Rachel Presti earned Germany’s first-ever ISA Junior Surfing Gold Medal in the 2018 edition, Klapp continued the emergence of German surfing in the event and performed in the Final to take the Gold.

USA’s Benedetto followed with the Silver and Hawaii’s Sakura Johnson with the Bronze. Simmers’ attempt to defend her Title came up short, as she was unable to find waves with high scoring potential during the heat, earning the Copper.

The Boys U-18 Final continued and Hawaii’s Bunch put on a show of domination. In a heat where most competitors were struggling to find waves, Bunch was in tune with the ocean and matched the event-high heat total with 17 points, showing an array of rail and aerial maneuvers. 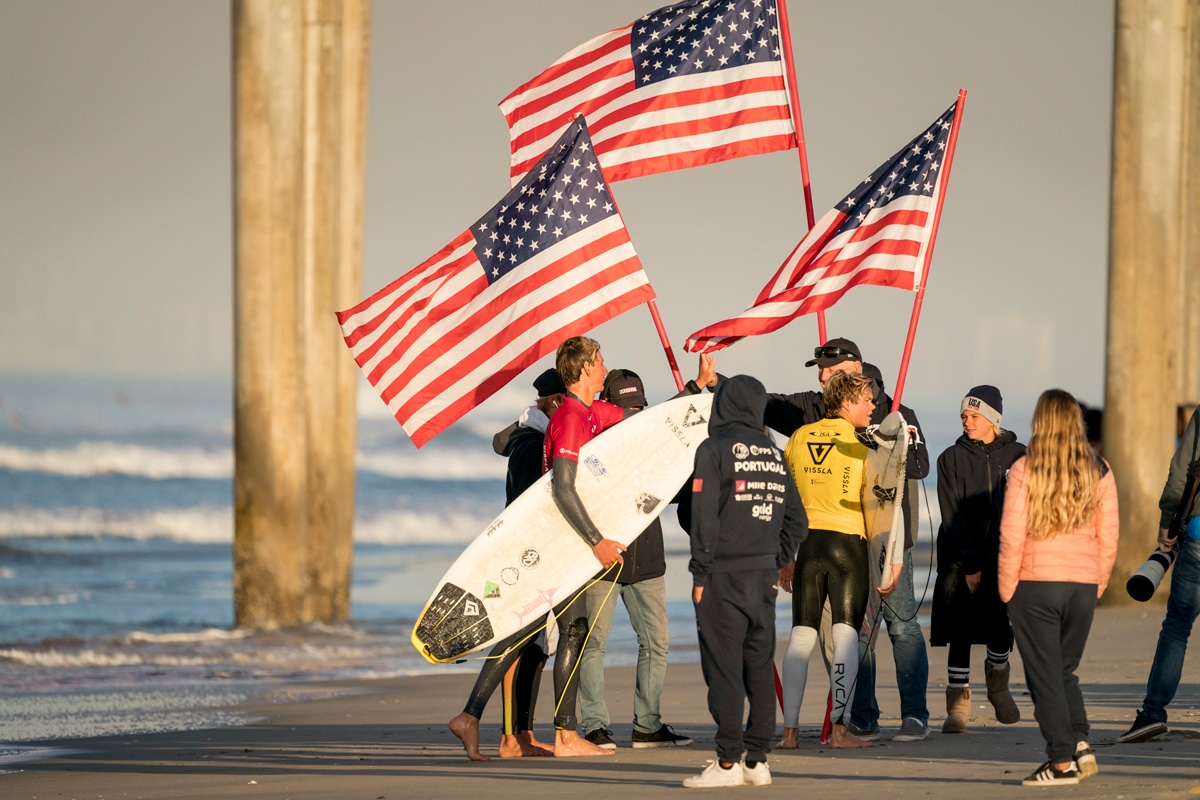 USA’s Taj Lindblad trailed in a distant second place for the Silver Medal, with Portugal’s Afonso Antunes just behind with the Bronze, and USA’s Ryan Huckabee with the Copper.

Next up was the Girls U-18 Division where Hawaii’s Gabriela Bryan got off to a slow start. Bryan found her rhythm later in the heat and her last two wave scores were her best, leading her to a Gold Medal.

The Boys U-18 Final capped off the day of competition and Team USA’s Dimitri Poulos sealed USA’s spot atop the team podium.

Poulos took the Gold in his first participation in the event as a last-minute replacement, finishing with a fairy-tale ending for USA.

Mexico’s Alan Cleland followed with the Silver, a historic step for the development of Surfing in Mexico as the country’s first-ever medal in the event.

USA’s Tommy Coleman earned the Bronze and Joh Azuchi finished with the Copper — an excellent three-year run of podium finishes for the Japanese star. 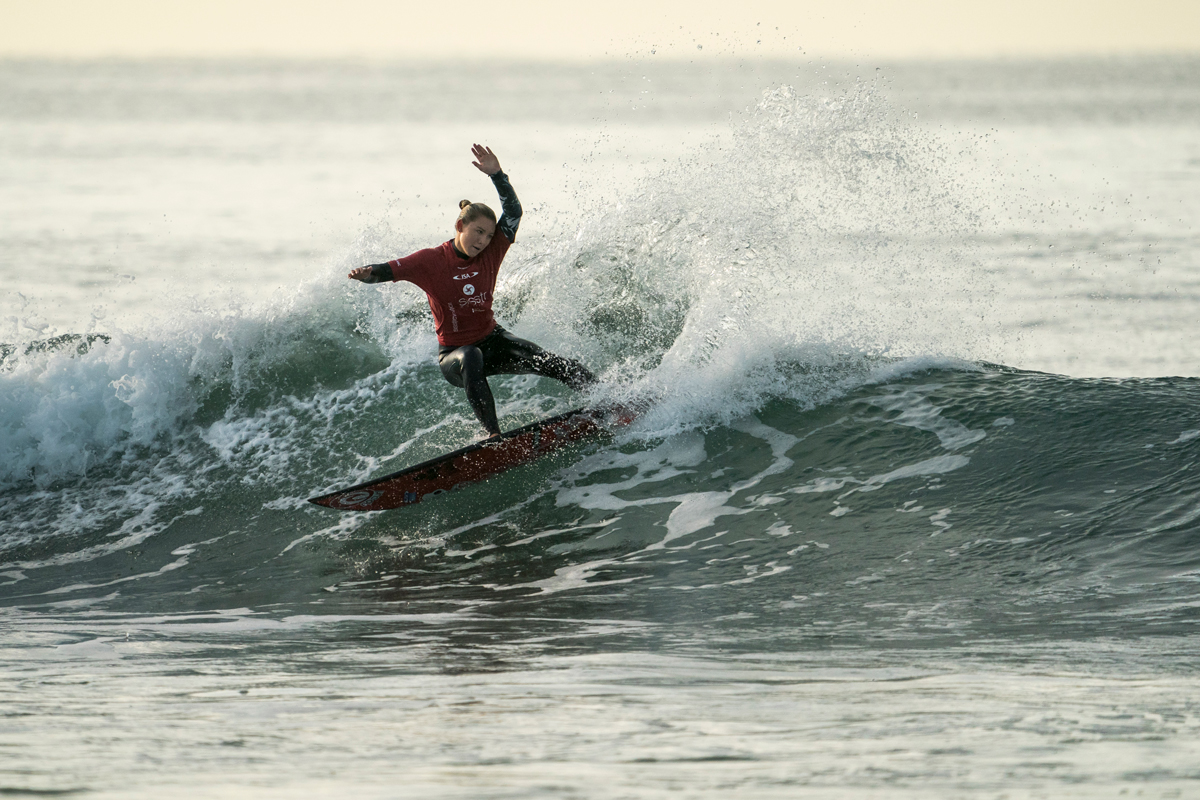 “The future generation of surfers have once again risen to the occasion and performed on the greatest stage for U-18 surfers. These young World Champions are following the footsteps of many legends before them, paving their own pathway towards stardom, and for some towards the Olympic Games.

“Some of the surfers that competed this week have already placed a foot into the Tokyo 2020 Games with provisional qualification, showcasing the youthful demographic of our sport. If surfing is to be included in future editions of the Games, it is these surfers that we see today with medals that will likely be representing their nations in 2024, 2028, and beyond.”