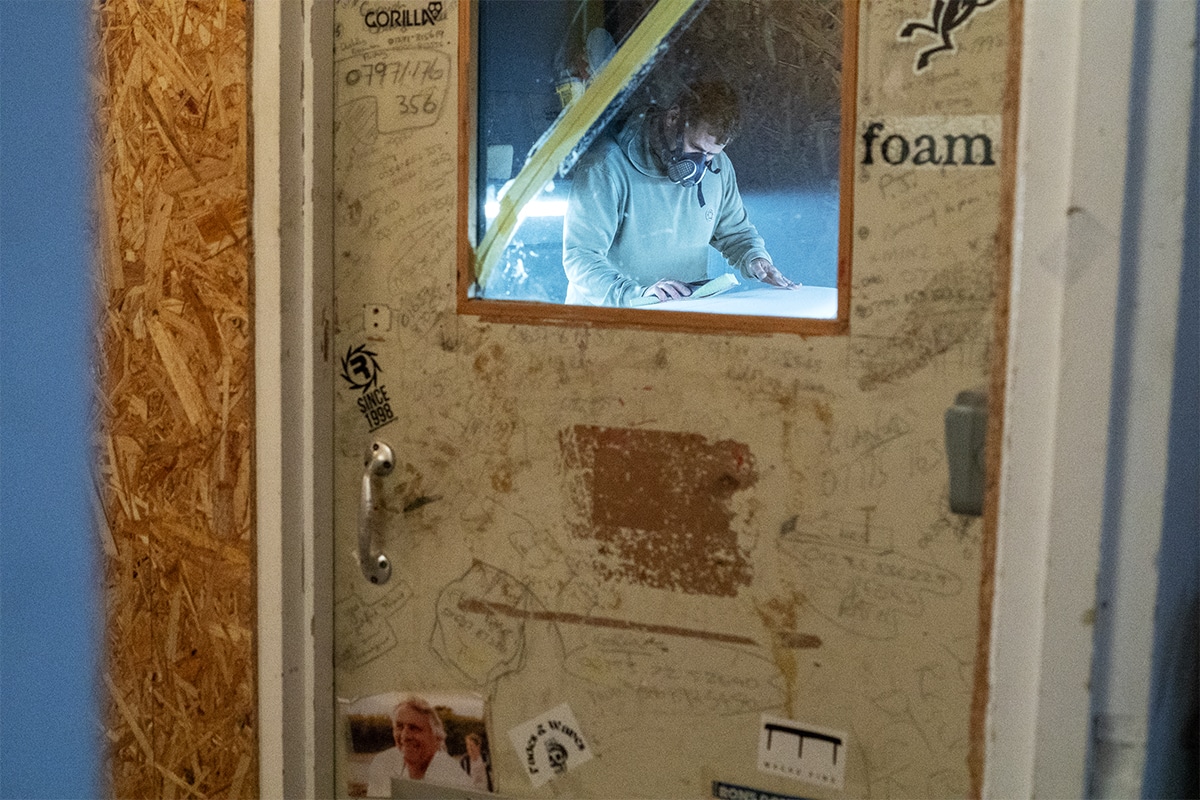 Markie Lascelles takes over the legendary surfboard factory his dad, Chops, opened in the 90’s.

There has been surfboard factory behind the cliffs in St Agnes since around 1986 when Chops Lascelles first set up shop there. In the early 90s he moved he operation down the road to a new purpose built premises Wheal Kitty workshops. As with the old factory it was a centre of surf community, both local and international. A place that gave many local lads their breaks in industry, where the Lascelles groms were often better behaved than the adults! After the passing of Chops the factory continued to operate as Laminations, and then as Open. When Open founder, Mark Anderson sadly suddenly passed away late last year the factories future was somewhat serendipitously placed back into Chops son Markies hands. It was an opportunity and at the same time a challenge. But so many bricks had fallen into place, it felt to many who know the history and family well, to be time.

This week Markie opened the doors and there is a Lascelles shaping and making surfboards in Wheal Kitty again. The original graffiti on shaping and glassing room walls and doors is still there respectfully preserved by the factories care takers, there is an uncanny dense of deja vu looking through the shaping bay window, and somehow it all just feels right.

Steve England caught up with Markie to find out how it was going.

So, you are … how are you feeling?

To be honest now I’m feeling pretty bloody good. I’ve got the keys to the factory, we are making boards, getting in rhythm and getting the place how I want it to be, putting my touch on it so to speak.

The last couple months have been a bit less fun though! From when I found out about Mark, (I was on a boat in Indo at the time) that was obviously very shocking, and I felt so bad for Emily too. As you know, I’d been there with the sudden death of dad, and it really fucking sucks. And I never had any intention to take the place on, I just wanted to help the guys out down there where I could really. And then as the months past and the family announced they were shutting down I guess I started to explore the idea in my own head, kinda imagining the possibilities if you like, which was exciting.

Then it was a bit of a downer again as it got more and more full on in the negotiations, more stress less fantasy ha, over thinking all the possibilities, all the negatives, lots of thinking about my old man ya know. I guess the situation with Mark brought a lot of that stuff back up for me. And it was just at the Christmas period. Having to tell Hugh and Nigel, who had been so helpful to me finishing my boards for the last 18 months I was going my own… But then yeah, as soon as I got the keys it was just like this massive thing lifted off me. I just went and wandered round the factory all night on my own, searched through drawers, shaped a board. It was a surreal and epic feeling.

The factory has some history hey…

I’m trying to work it all out and piece it all together, but I believe my brother Sean, Vasey and Rich played as ‘Real – Y – T’ in the roof space in 1998 at dads factory opening party. I was 8 years old but remember it pretty clearly ha! I think a young Skindog got signed by Quiksilver that night and from then on it was a hub wasn’t it. Everyone who’s anyone in surfing or shaping seems to have passed through those walls. And of course the Tea room out the front! I couldn’t get enough of hanging around down there! It was pretty state of the art at that time too. Pumping out boards! 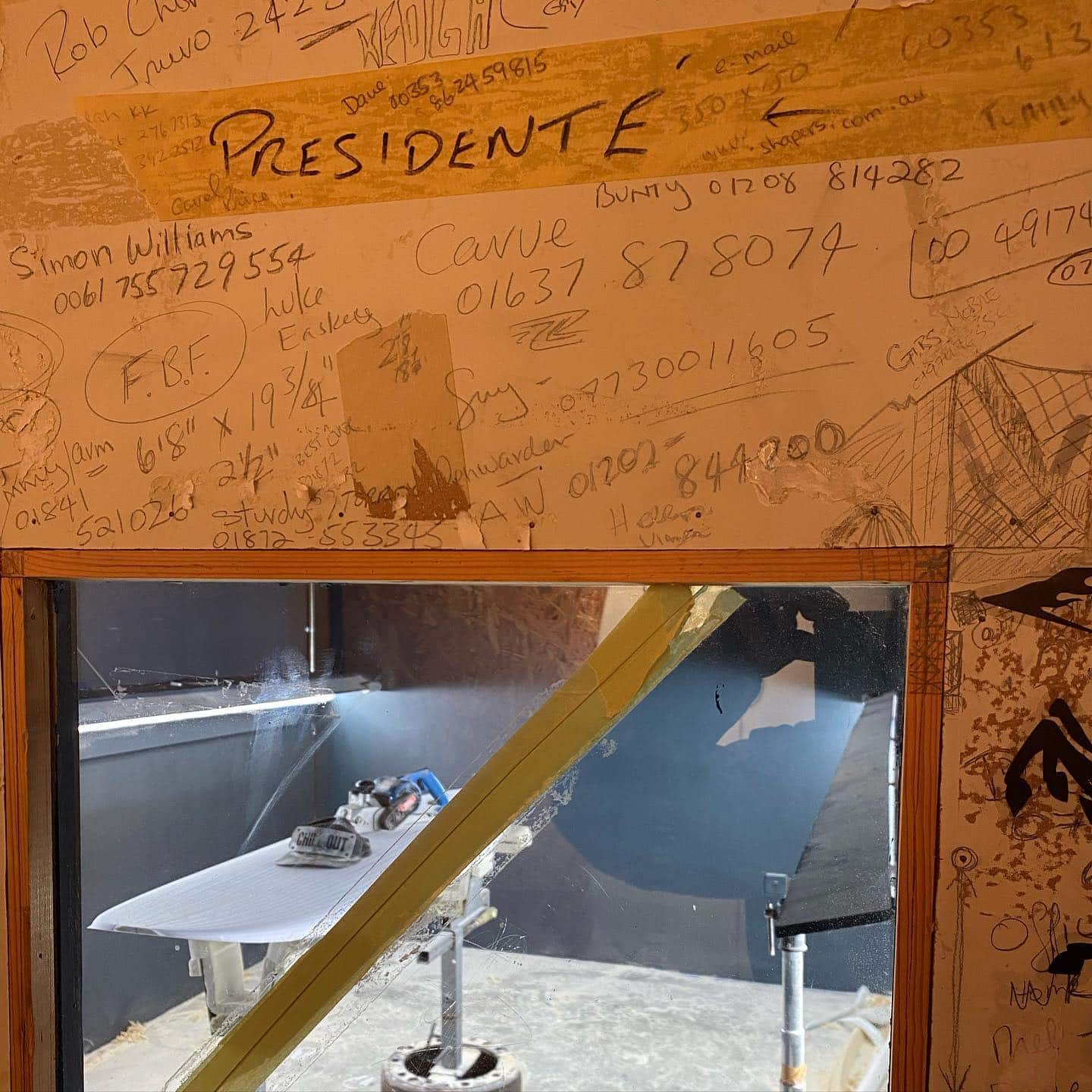 Are dads scribbles and photos still on the walls in the shaping bay?

Yeah, all over it! I might start ringing the numbers to see who still has the same ones! Swilly, Rooster and Minzy first! All his and other crews old templates are still up stairs too, as well as boxes and boxes of old stuff. 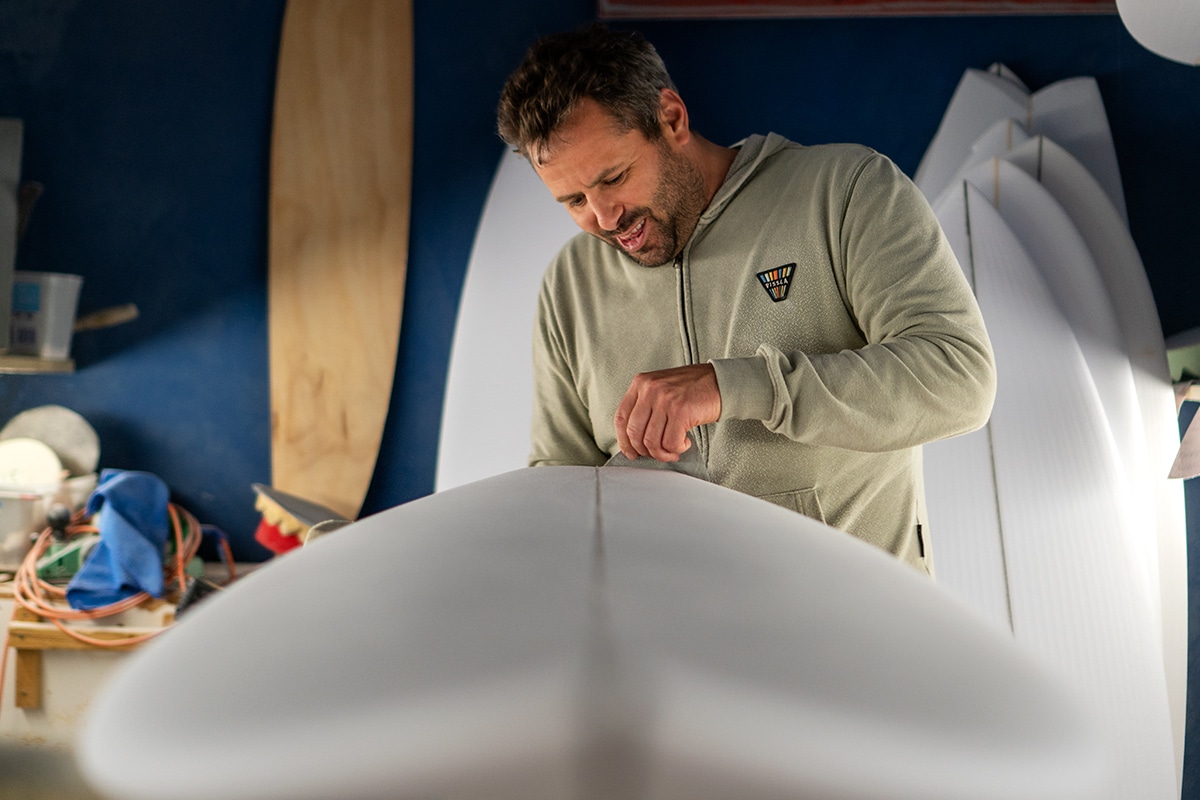 And you have been on a hell of journey to get here? I know there were a things that seemed like few bumps in the road that actually lead you to be in the position to take over the factory?

Yeah, I mean 9 years ago right now I didn’t know what was going on. I was 23 years old, just inheirited a business that was up the swanny and had no fucking idea at all on how to run myself let alone a business.

I probably had 3 or 4 years of 7 day weeks and just going backwards – living at mums, working in the shop on weekends. And then it just slowly started coming together through lots of learning and lots and lots of mistakes, and shitloads of help from Sean Bubs and mum, and my mates as well. Plus a few well timed bits of luck and I kinda got it sussed last year. Back to seven day weeks now though!! But it’s good, I’m proud I was in a position to do it, now the hard work starts again but I’m well up for it. It’s quicker to get to the beach for low tide from Wheal Kitty anyway so I should have more time! 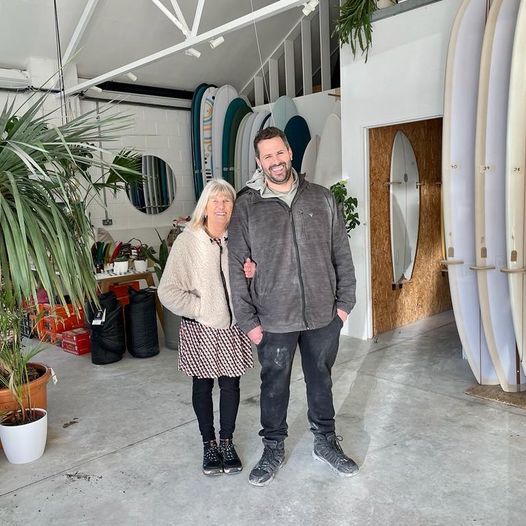 She’s happy, I’m happy. She wasn’t completely behind the idea at first having seen how bad it can be or can get, and how hard you have to work. But she just said if it’s my time to have a go it’s my time, and she’ll help all the way!

I think she’s pretty stoked about it now to be honest. I had to show her how it’s gunna be different a few times. Mums the glue that holds it all together, and definitely the calming influence, always has been whether it was for dad or now for me, and she really helps me make all these choices and guides me through when I need it. She stops in most mornings on her walk round the cliff!

When you see the reactions to your announcement I think everyone feels it just seems right that you are back in there. It just feels like it was meant to be.

What are your plans for the place?

Make really nice surfboards first and foremost. I have a brand new state of the art shaping machine on route so that will be installed down there. I’m keeping the nice retail space, so it will be full of Cord Surfboards and we will have a fully operational demo center and design center when the new machine arrives. So people are welcome to stop in and talk about surfboards whenever they like! Then we have some collaborations in the pipeline, some movie nights, loads of fun! So get on the @cord_surfboards instagram and give us a follow for regular updates! 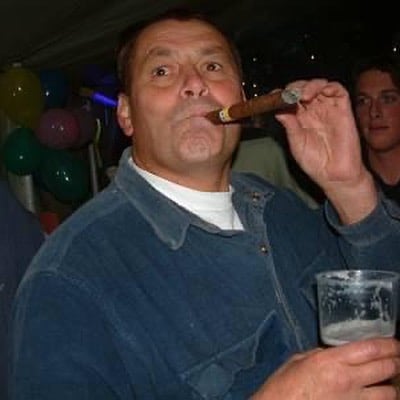