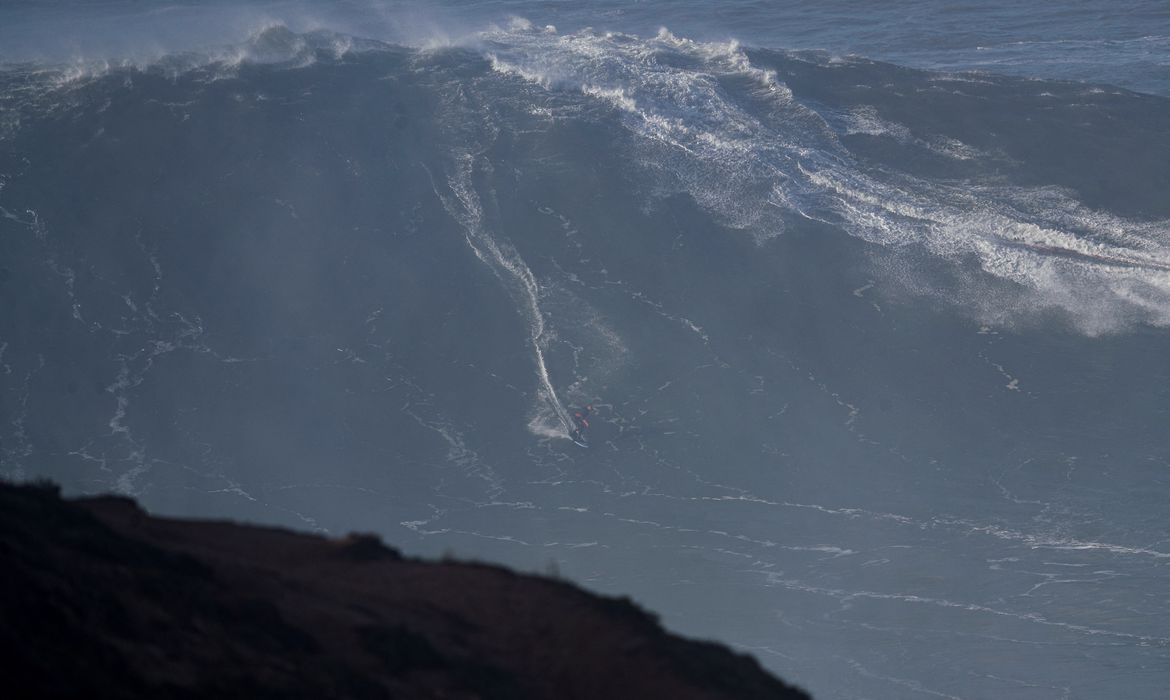 Photo Pedro Nunes
Marcio was out enjoying 30 foot surf with tow partner Lucas Chumo when he fell on a wave, suffered a long hold down and surfaced unconscious around 4.16.
Rescuers did their best to revive him but to no avail.
“The rescuers found that the victim was in cardio-respiratory arrest (the sudden loss of breathing, heart function, and therefore consciousness.) and immediately starting resuscitation manoeuvres on the sand. After several attempts, it was not possible to reverse the situation.”

Fred Pompermayer wrote: “Today we lost a great man, a very good friend and a legendary surfer, Marcio Freire. He was such a happy spirit, always with a smile on his face … Rest in peace my friend.”

Marcio is he first surfer to die at Nazare, alghtligh there have been numerous serious situations that have narrowly avoided tragedy including Maya Gabeira who had to be resuscitated in 2013, Alex Bothelo who was resuscitated on the beach in 2020, and Andrew Cottons horrendous back injury.
The surfers at Nazare have set up stringent rescue protocols, but the wave and lineup present particularly unique difficulties and unfortunately it was only a matter of time before the surfing world was stuck by a tragedy of this sort.
Our thoughts are with Marcois family and friends 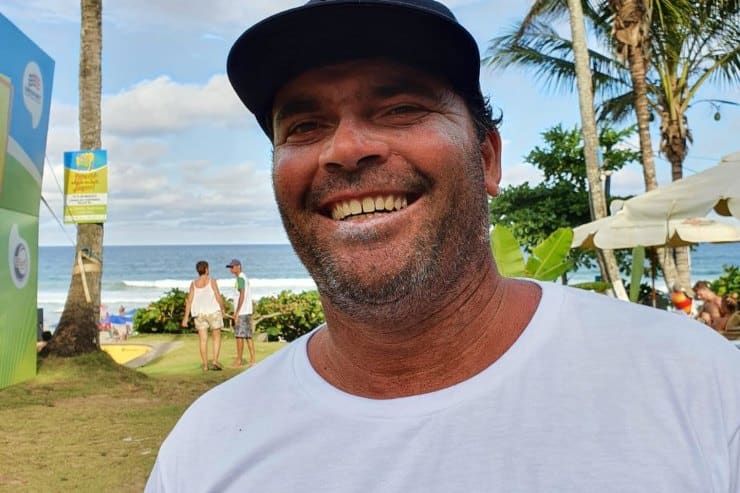