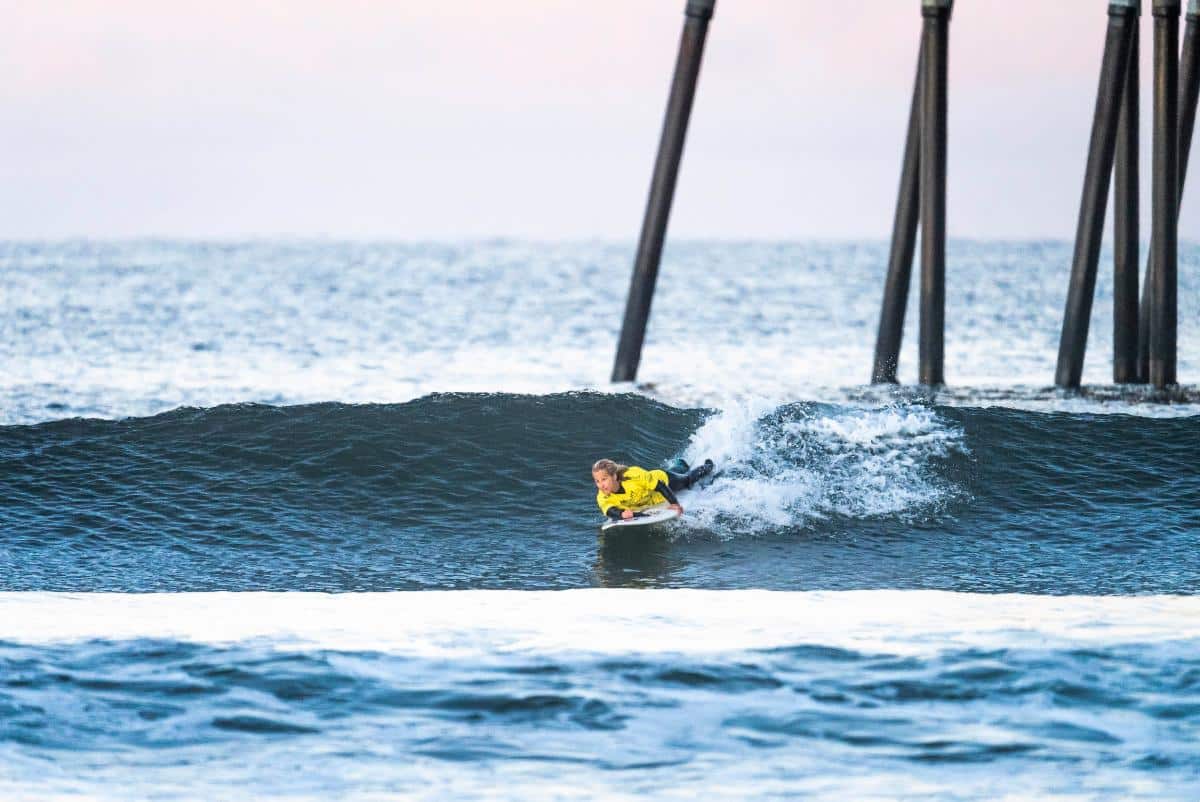 Women were at the forefront on the third day of competition at the 2022 Pismo Beach ISA World Para Surfing Championship Hosted by AmpSurf (WPSC), showcasing the growth in both participation and performance levels.

With women’s involvement at an all time high, a 20% increase from last year’s event alone, it’s no surprise to see new records set and progression pushed.

At 51-years-old Sam Bloom (AUS) is determined to continue improving. Competing for the first time in the unassisted Women’s Prone 1 division, the two-time Women’s Prone 2 gold medalist collected a 14.17 heat total and sits on top of the leaderboard ahead of defending champion Sarah Bettencourt (USA).

An incredible showing in her second round heat rocketed Bloom’s teammate and protege Emma Dieters (AUS) to the top of the leaderboard in Women’s Prone 2. It also wrote Dieters’ name in the record books. Her 17.83 heat total is officially the highest in women’s ISA Para Surfing History.

Scotland’s Jade Edward is appearing in her first WPSC as the youngest woman ever at just 10-years-old. Learning to surf within the past 18 months, Edward is enthralled with the sport.

“I love surfing, it’s just amazing,” Edward said. “I’ve been skateboarding for quite a while. I think because I’ve got the balance on my skateboard I can balance on the surfboard as well.”

Defending Women’s Vision Impairment 1 gold medalist, Portugal’s Marta Paço, kicked off her campaign in a very strong fashion, scoring a 9.50 for an incredibly long ride after a big take-off. 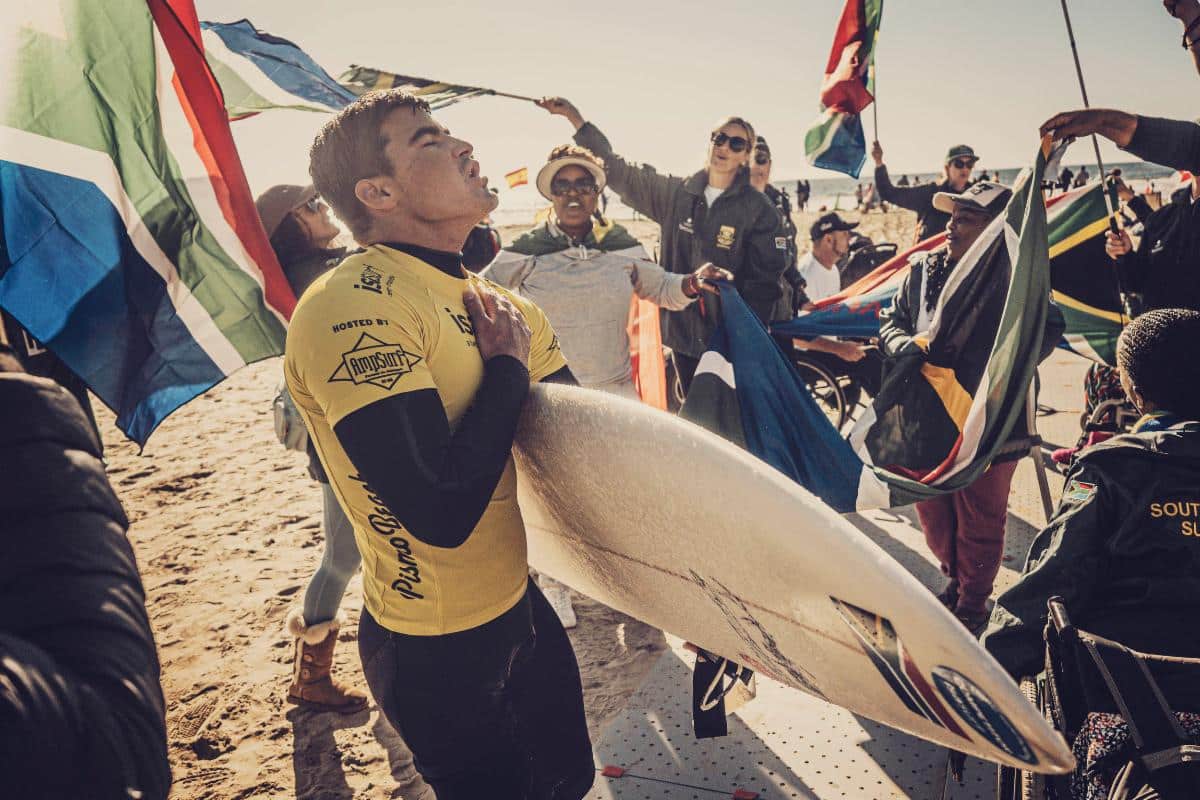 “I’ve been surfing for the last five years,” Paço said. “I started in 2017 and since then I’ve been trying to prove that completely blind surfers can surf as regular surfers. That’s why I’m here every year and trying to go for the gold medal and always trying to do something new, something better.”

Round 1 was completed for all classifications, with Round 2 kicking off the elimination rounds in multiple divisions. Most divisions are functioning in a round robin format, meaning that positioning on the overall leaderboard for each division determined who continued in competition and who was eliminated.

Trickier conditions in the afternoon meant that the leaderboards in the Men’s Prone 2, Stand 3 and Prone 1 classifications didn’t see too much of a shake-up.

Competing in his first WSPC, Caleb Swanepoel (RSA) is extremely proud to represent his country. The 27-year-old shark attack survivor lost his leg in 2015.

“Everyone thinks, ‘Shark attack survivor, you must have been a surfer,’ but I actually only learned to surf after I lost my leg,” Swanepoel said. “I was actually bodysurfing with my brothers when there was a great white shark in the water in South Africa. It came for me, took my whole right leg off above the knee. It’s a miracle that I’m still here today.

“The journey to surfing happened a few years after that. I say that the ocean has taken away from me, but it’s also given a lot back. It’s a privilege to wake up every single day and know that life’s a gift, so make the most of every single day.”

Competition will resume at Pismo Beach Pier with Women’s Stand 2, Round 2 at 7am, today, Thursday, December 8. 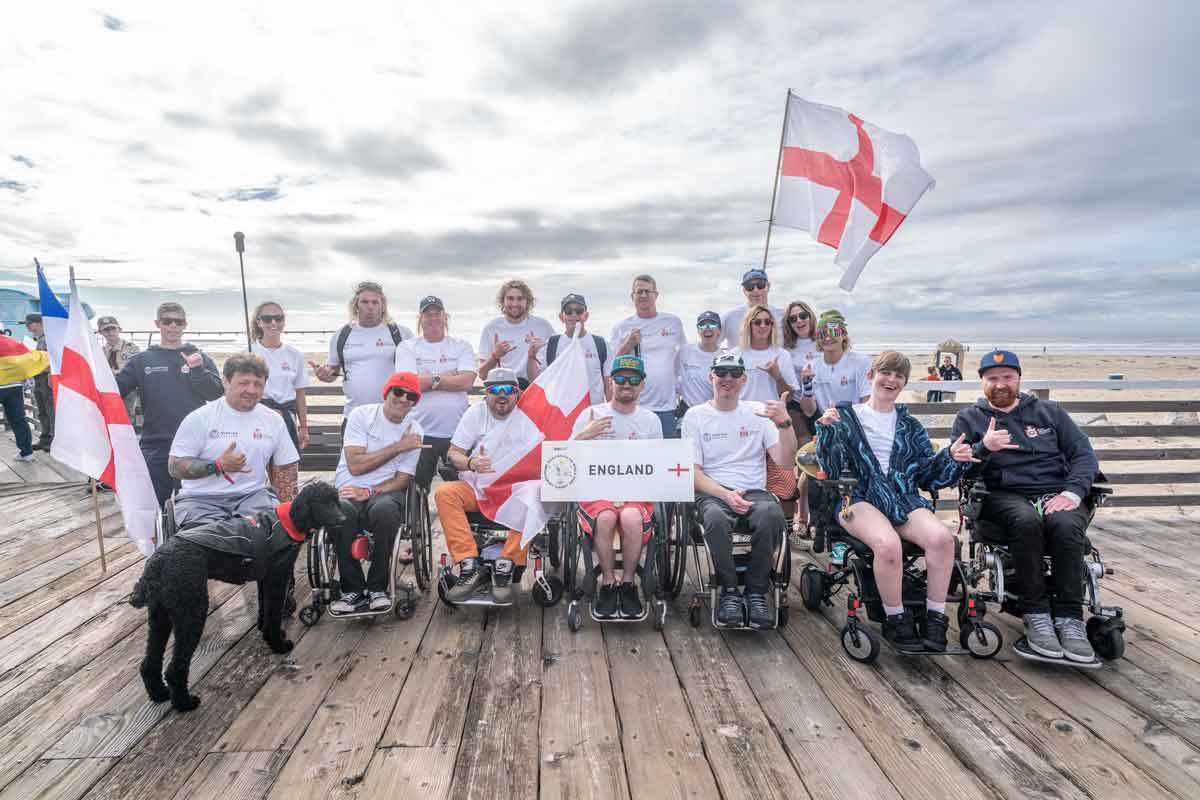