A woman on a Blue Shark spotting snorkel trip off the coast of Cornwall has been bitten by a shark in a very rare incident.

A woman on a Blue Shark spotting snorkel trip has been bitten by a shark in a very rare incident. 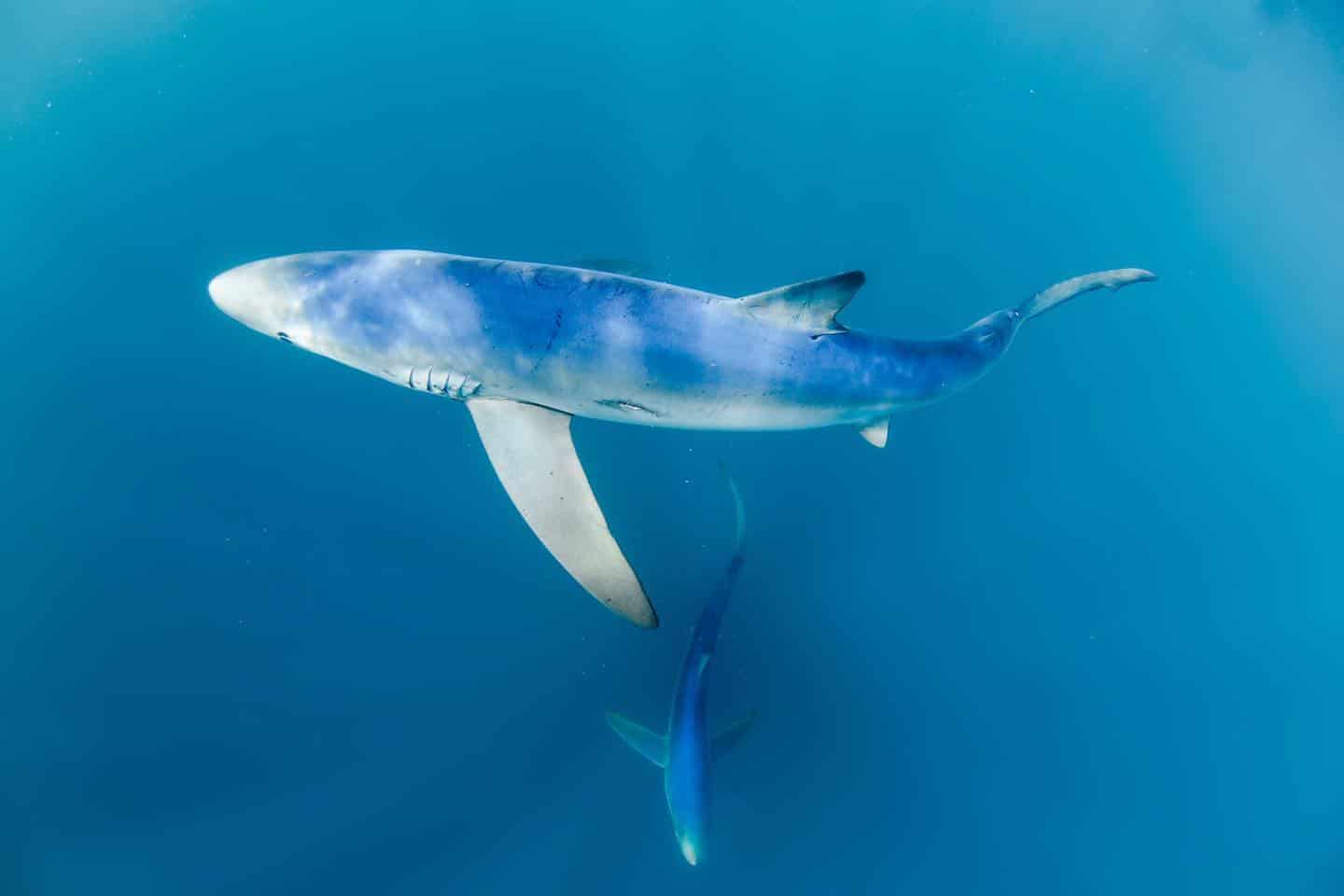 A woman suffered a leg injury off the Cornish coast, near Penzance after an encounter with a blue shark on a snorkel trip.

HM Coastguard sent a rescue team to Penzance harbour to see the boat and transfer the casualty to an ambulance for check up after the alarm was raised at around 12.30pm on 28 July.

‘The coastguard team met the casualty at Penzance harbour to assist with passing them into the care of the ambulance service,’ the service added.

“We want to make everyone aware that we have had an incident.

“These occurrences are extremely rare and can be easily misunderstood so we want this to be dealt with as sensibly as possible.

“As we know, these things can happen when we choose to interact with wild animals in their own environment. The last thing we want is to let speculation drive the media into a world of bad press for the sharks, under no fault of their own.

“We immediately enacted our emergency response plan, with first aid being carried out on the person involved.

“Following advice and assessment from the coastguard, the person walked off the boat and received further treatment ashore.

Statement from the person involved.”

“I just wanted to say that despite how the trip ended, it was amazing to see such majestic creatures in the wild and I don’t for a second want this freak event to tarnish the reputation of an already persecuted species.

“Wanted to thank everyone for their amazing actions. What was a very scary incident was made so much easier by the kindness and calmness of the people around me.

“Thank you to the trip team for getting me back to shore quickly and carefully and making me feel as safe as I possibly could.

“We all take these risks when we enter the habitat of a predator and we can never completely predict the reactions of a wild animal. “

Blue Shark Snorkel Trips said “We’ve tried to understand why it happened and are in continued talks with shark experts.”

Blue sharks are inquisitive but not aggressive.

Blue Shark Snorkels website states “We normally head 10-20 miles off shore. The chum is dropped in the water by the side of the boat and then we wait.

The sharks may appear after 30 minutes or 3 hours. It can sometimes be a little rocky whilst we are stationary waiting in the boat, but once they appear they normally stay with us for a couple of hours.”

Blue sharks, porbeagle sharks and basking sharks all visit the waters off Cornwall every year. None are considered dangerous.

The last recorded shark bite was at Felixstowe when a windsurfer’s board was bitten by a shark in 2016.

If you want an amazing experience check out bluesharksnorkel.co.uk