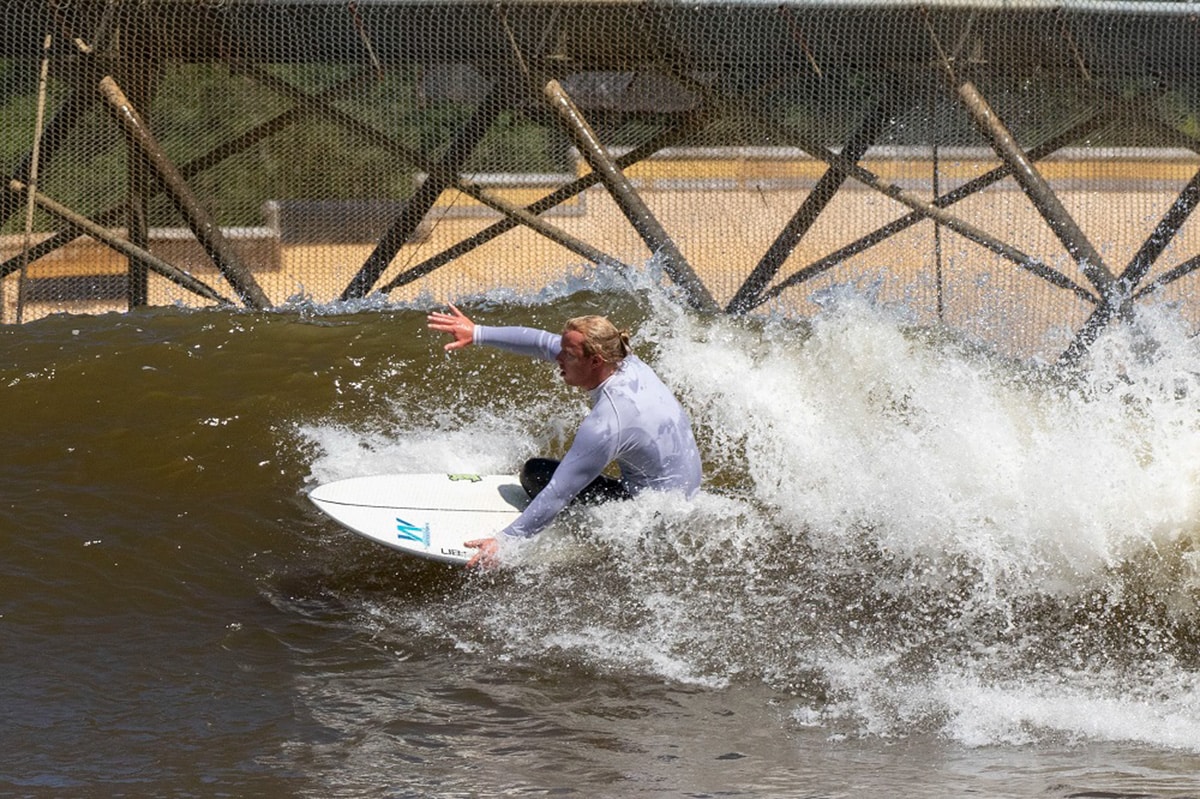 Grabbing a surfboard and riding the waves was the key to recovery for Llywelyn Williams after he lost his leg in an accident.

Now the 26-year-old hopes to encourage more people of all abilities to give the sport a try, by organising the Welsh Adaptive Surfing Championships in July. The event at Adventure Parc Snowdonia in Conwy promises plenty of thrills, spills and excitement, with competitors travelling from as far away as Hawaii, South Africa and California to take part.

The man-made lagoon on the former aluminium site in Dolgarrog became the world’s first inland venue to host an adaptive surfing championship event in 2019. After a break during the pandemic, adaptive surf athletes around the globe are keen to see it return to North Wales.

The surfers will compete in nine different categories catering for a range of different abilities. “Adventure Parc is the perfect venue for this competition” explained Llywelyn. “It has fantastic man-made waves that are consistent and reliable and it offers some great facilities for the athletes and the spectators, including good food and wheelchair-friendly accommodation pods.” Admission is free to watch the event and Llywelyn is hoping visitors will take advantage of the great views offered around the lagoon to get a closer look at the sport.

Llywelyn’s passion for the sport began when he started surfing at the age of 12 at Porth Ceiriad and Porth Neigwl, near his home in Abersoch. He showed promise and competed locally, but a few years later a road accident almost scuppered his dreams of surfing professionally. While skateboarding home, he was hit by a car and suffered life-threatening injuries, including dislocating both hips, a head injury, broken femur, shattered pelvis, punctured lung, perforated bowel and a split liver. 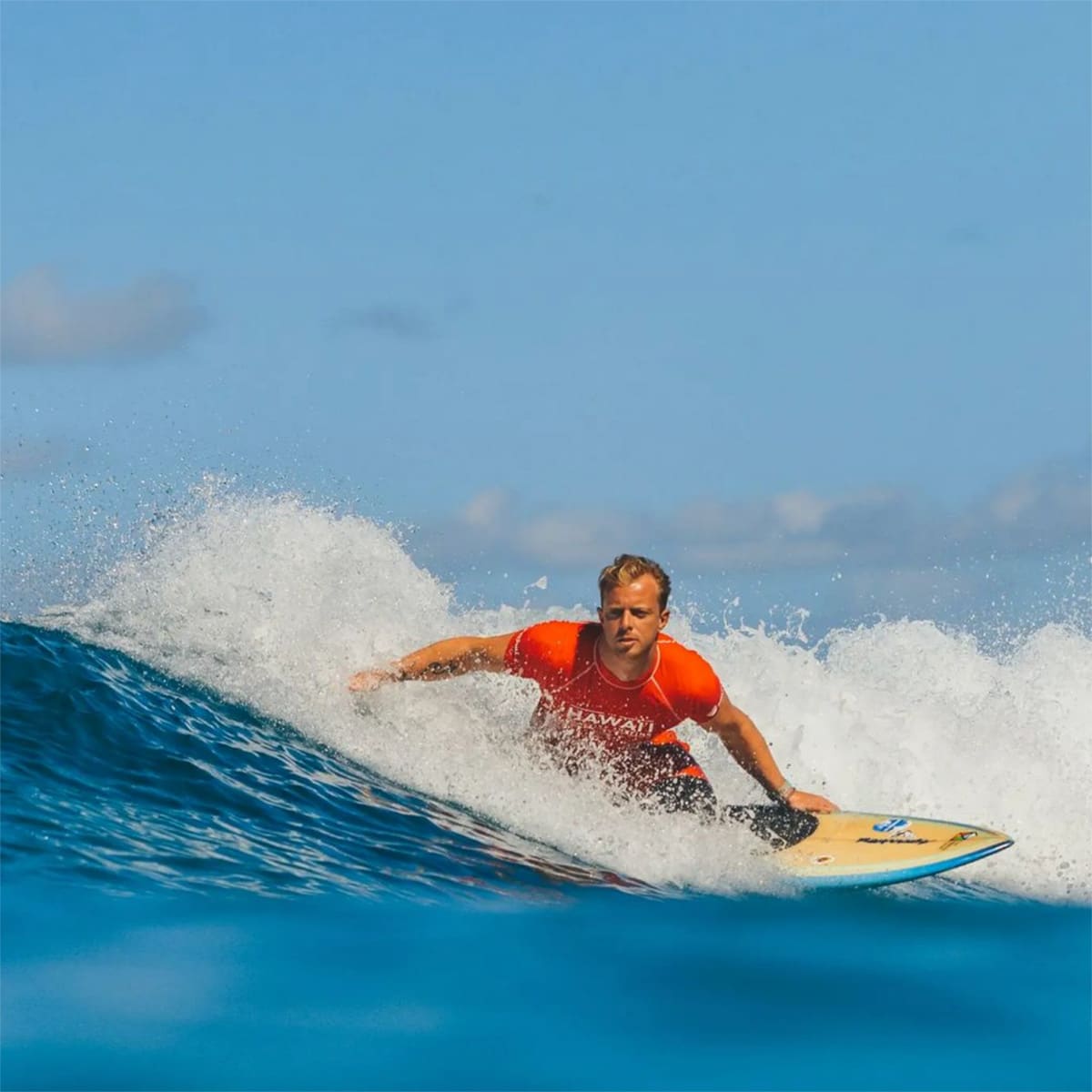 Llywelyn spent several weeks at The Royal Liverpool Hospital where he was put into an induced coma. Doctors desperately tried to save his leg but, two weeks after the accident, Llywelyn’s family were told that the limb had become severely infected and would have to be amputated to save his life. Against staggering odds, Llywelyn overcame his injuries. He accepted the loss of his leg but rejected the idea of losing hope. Due to his tenacious spirit, he was back in the water less than a year after the accident.

“My mates carried me down the stairs,” Llywelyn recalled. “I had a body board and they would chuck me into the waves. I still had my old wetsuit then – with both legs – so one was flopping around in the water. “As the first wave hit me and I came back up, I felt alive again and I felt ‘wow! This is magical’. Surfing is the best. “When I’m in the water on my surfboard, nothing else matters. It is a fantastic sport for people of all abilities.” Llywelyn discovered adaptive surfing and began competing again, this time in the kneeling category, winning gold at the English Adaptive Championships in 2018 and more recently representing Wales at the International Surfing Association World Adaptive Championships in California. It was while competing there that he flew the flag for Adventure Parc Snowdonia as a suitable venue and sparked more interest in the surfing scene in Wales. 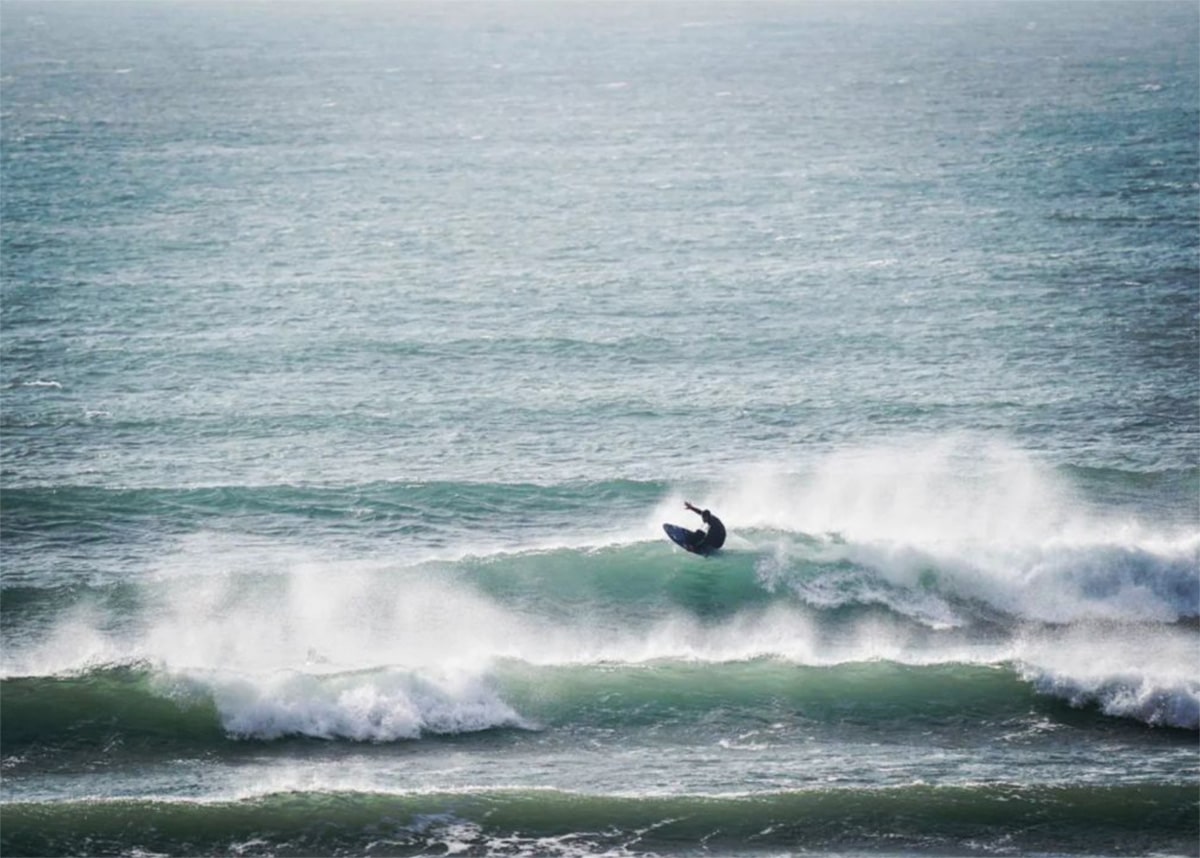 He is now busy organising what he hopes will be an inspiring and thrilling competition in at the adventure complex on July 1-2. The main sponsor for the event is The Mailing Room, a Bury-based family company with an interest in adaptive surfing. AmpSurf, an organisation set up to inspire and rehabilitate people with disabilities, and Llywelyn’s family company, Hopalong Clothing, are also supporting the event. Each of the surfers taking part in this year’s championships have overcome significant personal challenges to compete at such a high level.

“Interest in adaptive surfing has grown so much,” added Llywelyn. “When I first entered the world championships in 2015, there were just 60 entries. Now it’s closer to 100 and the standard is so high.” Adaptive surfing will feature in the 2028 Paralympics for the first time July’s championship will include a number of hopeful contenders, including Llywelyn.

Adventure Parc Snowdonia managing director Andy Ainscough said: “Llywelyn is a great bloke and an even better athlete, his courage and determination to come back from what he has is admirable. “On the biggest days at the beaches near Abersoch, Llywelyn is going for the biggest and scariest waves out there. He is a brilliant ambassador for the sport of surfing.

“We are really pleased to have the Adaptive Championship back on the Parc after the recent pandemic stopped it for two years and it’s set to be a fantastic event for the competitors and spectators alike.”