A rising, long-period swell provided excitement on Day 3 of competition at the 2022 Surf City El Salvador ISA World Junior Surfing Championship. The pumping peaks of La Bocana belonged to the U-16’s, with the U-18 field encamped at the somewhat slower El Sunzal.

Round 2 of the Main Event was completed in every division. All 419 competitors still have a chance to win gold, but the first repechage round is now filled and eliminations will begin Tuesday morning. 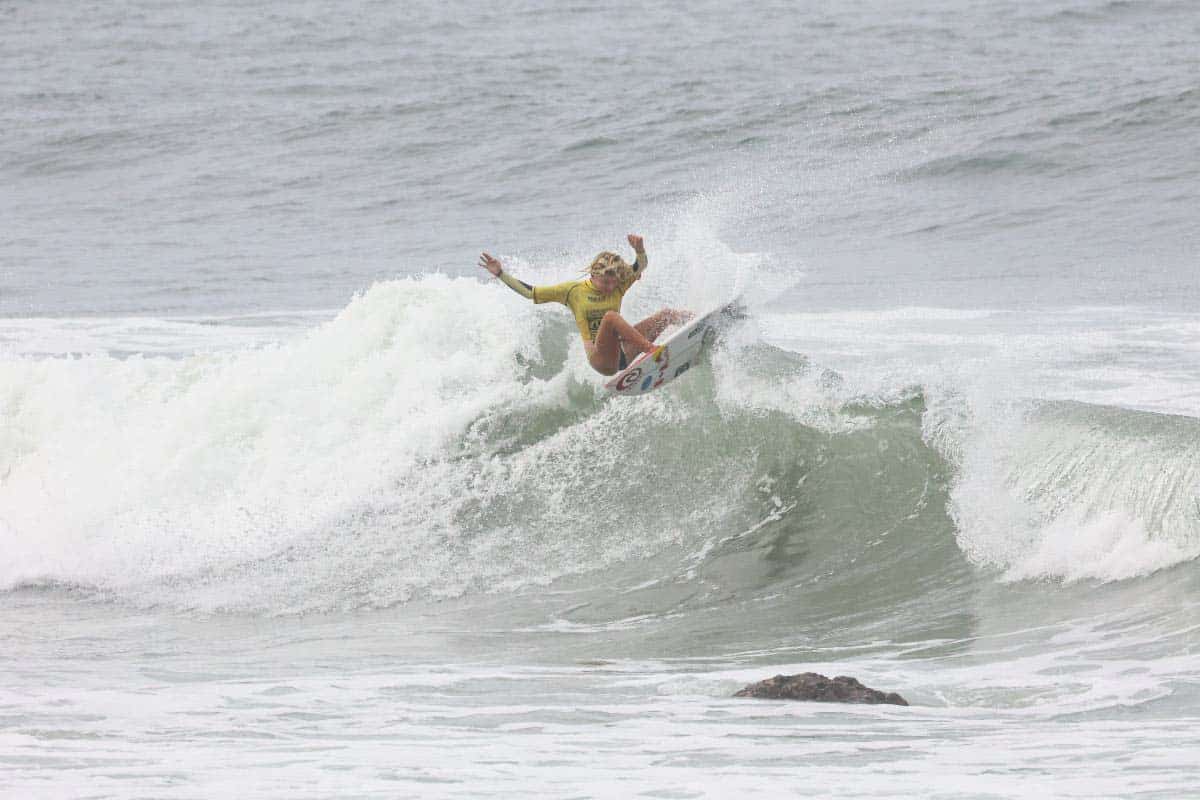 Erin Brooks (CAN) delivered the highest single wave score of the event so far, a 9.67 in the U-16 Girls. A massive forehand lip gouge was responsible for the majority of the near-perfect score. Brooks is ready to bring more, however.

“My 9.67 was super fun. It was one of the biggest waves of the heat and I wanted to push myself but not over-surf the wave. Hopefully during the period of the contest there’s some good air sections so I can show more progressive surfing.”

Eden Hasson (AUS) had the goal of opening with an excellent score and that’s exactly what he achieved. An 8.33 in the early moments, combined with a 7.50, handed him the highest heat total of the day for Boys U-16 (15.83). Hans Odriozola (ESP) flew through a gigantic backhand floater, followed by a two-turn combo, for a well-earned 9.50 and the highest single wave score of Boys U-16.

Luke Thompson (RSA) ripped multiple turns on a well-selected wall at El Sunzal for a 9.00, the highest single wave score of the Boys U-18. Combined with a 7.10, the South African also claimed the highest heat total of the division. 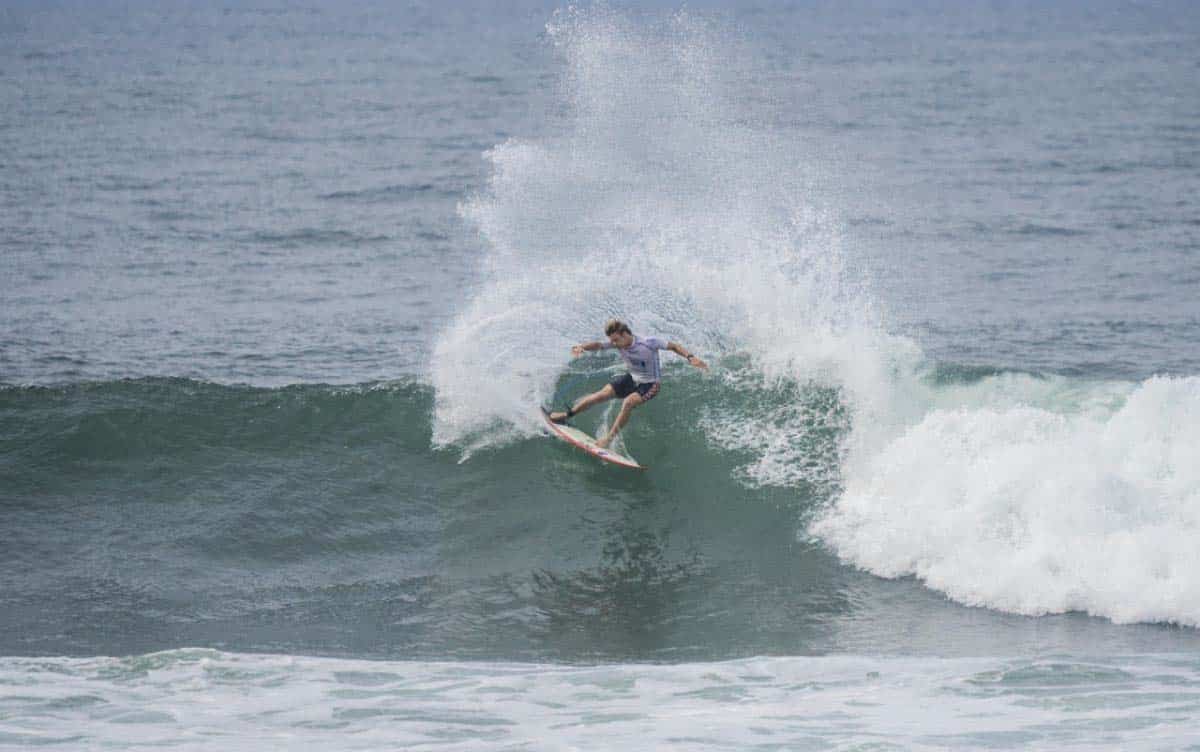 Breaking through the barrier of excellence in Girls U-18 allowed Genesis Borja (ECU) to collect the highest single wave (8.57) and heat total (14.24). Puamakamae Desoto (HAW) also found excellence, with her backhand attack landing her an 8.17.

Garnering a non-priority interference in the first few minutes wasn’t how Jackson Dorian planned to start his all-important Round 2 heat, but it wasn’t going to stop him. Sitting in fourth place with under a minute to go, the 14-year-old used precocious heat strategy to hold strong till the last minute.

“There were a couple waves that came through and I decided not to paddle for the first couple because I didn’t want anyone sitting on me,” he said. “I wanted to hold onto priority and not risk losing it. So I waited and then the last one I one hundred percent knew I was going to catch and that was the one I got so it was really scary.”

Driving straight into a huge section on one of the biggest waves of the day, the 8.00 score he received rocketed him to first place as he continued his charge through the Main Event.

The daughter of two former professional snowboarders, Tya Zebrowski is turning heads at just 11 years of age. The Team France member, who splits her time between Hossegor and Tahiti, opened her Girls U-16 heat with a 7.50.

“It is my first time into the ISA World Junior Championships. I am so happy to do the heat and to win. The waves were so perfect. I had fun.” 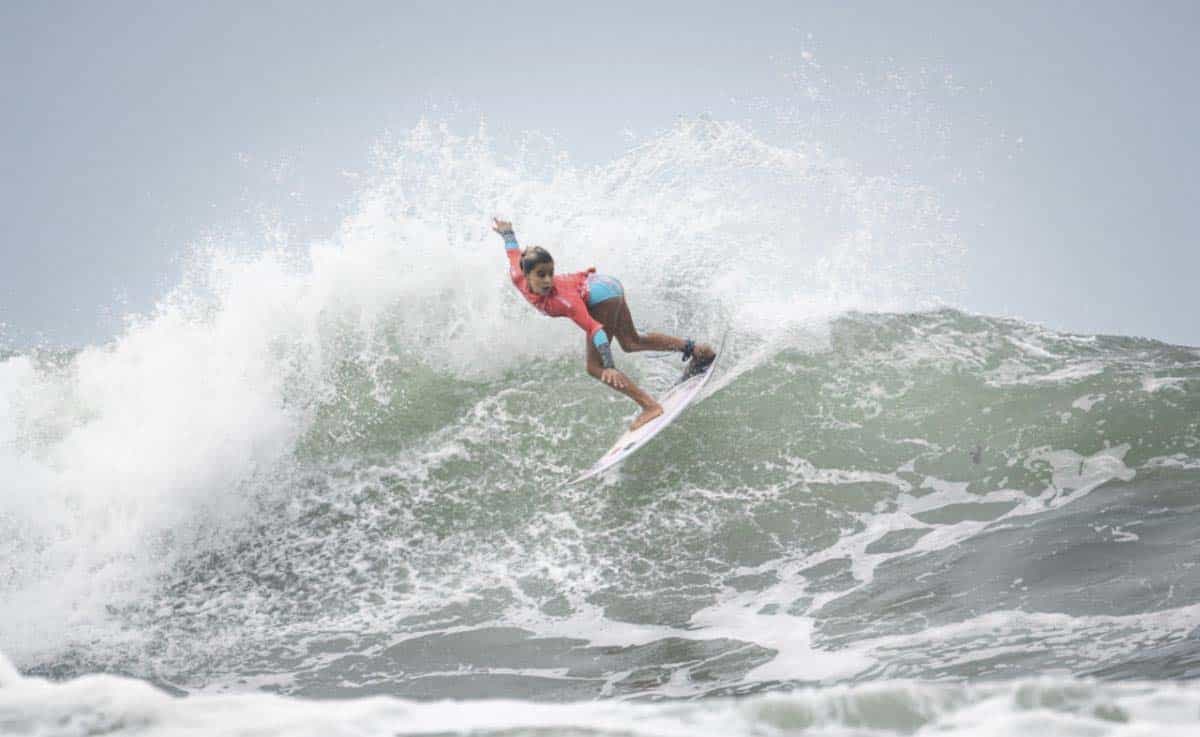 Trinidad and Tobago might not be the first place that comes to mind when you think of surfing nations, but Cheyenne Patino is aiming to change that.

“The biggest dream I have is to go to the Olympics and I’m going to make that dream come true by working hard.”

She may be the youngest female competitor at 10-years-old, but the Trinbagonian is here to win heats.

“It feels great to be the youngest competitor cause I can show people how young I am and I can still beat some people.”

“The young talent on display here in El Salvador has been truly amazing. These incredible junior surfers give us a glimpse of the future. I have no doubt we are witnessing many future Olympians on these beautiful waves.

“We already know that the comraderie that we are seeing across all of the teams will continue into the careers of these athletes. It’s wonderful to know that every single surfer still has the chance to win gold here in El Salvador.”

The event schedule is as follows: