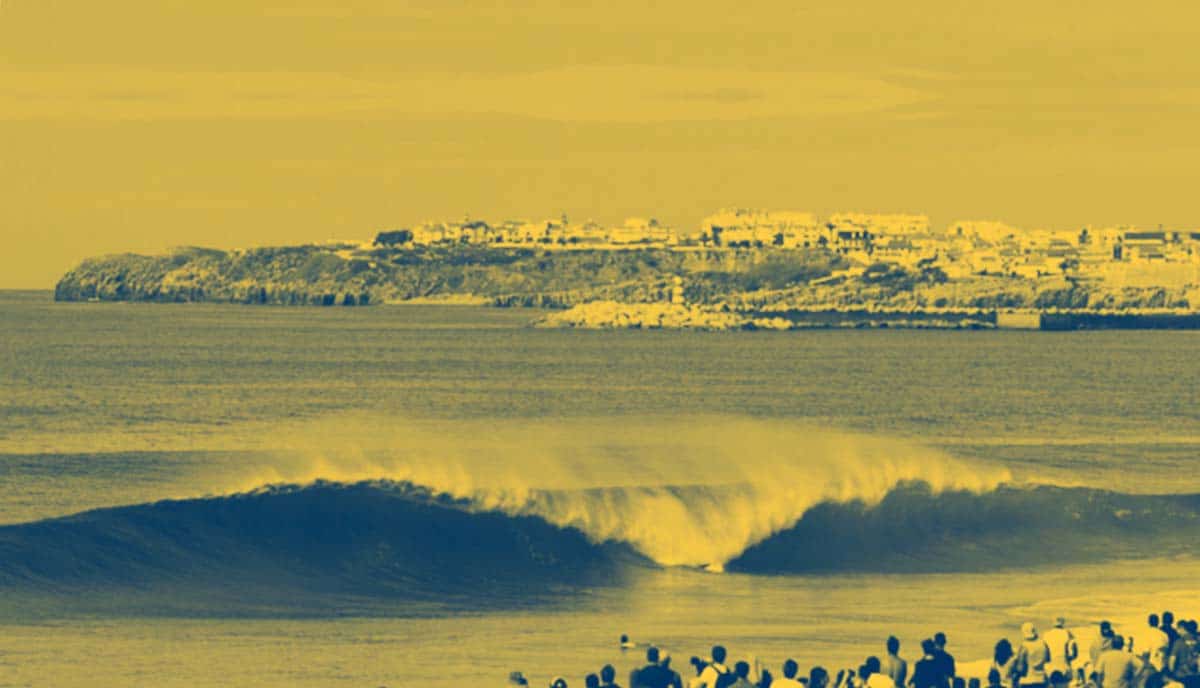 The World’s best surfers are making their way to Portugal for the MEO Pro Portugal presented by Rip Curl, the third stop of the World Surf League (WSL) Championship Tour (CT). The waiting period opens on March 3 and runs through March 13, 2022.

The 2022 CT season is off to an epic start after completing the first two stops on Hawaii’s North Shore of Oahu. Surf fans witnessed the return-to-form of the 11-time World Champion, Kelly Slater (USA), who claimed his career’s 56th victory in fantastic fashion at the Billabong Pro Pipeline. The women kicked off the season by making history with the first full CT competition at Pipeline, which was won by local wildcard Moana Jones Wong (HAW). 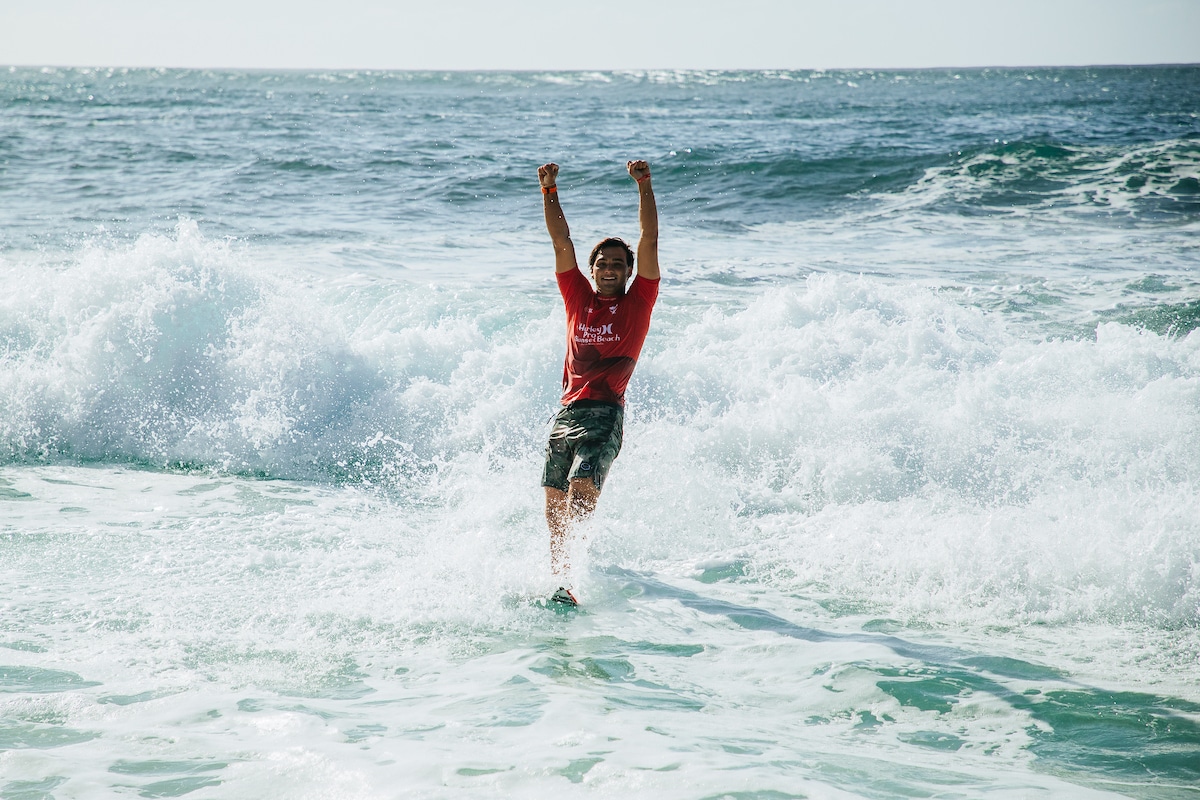 The second stop of the CT, the Hurley Pro Sunset Beach presented by SHISEIDO, confirmed a changing of the guard with major upsets affecting the world’s best and a crop of fresh talent making their mark on the Championship Tour. Brisa Hennessy (CRI) and Barron Mamiya (HAW above) won the competition and currently lead the WSL Rankings.

Now all eyes turn to the Peniche Peninsula in Portugal for Stop No. 3 as surfers embark on a new adventure. The thumping barrels of Supertubos have welcomed the CT since 2009 but for the first time, the event will happen in winter. Cold water and the full power of the North Atlantic ocean are in store for a dramatic change of scenery after a month in Hawaii.

MEO Pro Portugal Wildcards and Replacement Surfers
Barron Mamiya (HAW) sits at World No. 1 after his win at the Hurley Pro Sunset Beach presented by SHISEIDO and was selected as WSL Event Replacement for the MEO Pro Portugal presented by Rip Curl following the withdraw of three-time WSL Champion Gabriel Medina (BRA).
Yago Dora (BRA) continues his recovery from his injury ahead of the season and will be replaced by WSL Injury Replacement, Matthew McGillivray (ZAF). Liam O’Brien (AUS) and Carlos Munoz (CRI) sustained injuries at Pipeline and continue their recoveries. They will be replaced by World No. 4 Caio Ibelli (BRA) and the highest placed Portuguese surfer on the Challenger Series, Vasco Ribeiro, respectively. Afonso Antunes (PRT) and Justin Becret (FRA) will also join the men’s draw as the event wildcards.

Bronte Macaulay (AUS) will continue surfing as the WSL Injury Replacement for Caroline Marks (USA), who has withdrawn from the MEO Pro Portugal presented by Rip Curl due to medical reasons. Tia Blanco (USA) is joining the women’s draw as the event wildcard after winning The Ultimate Surfer competition last summer. 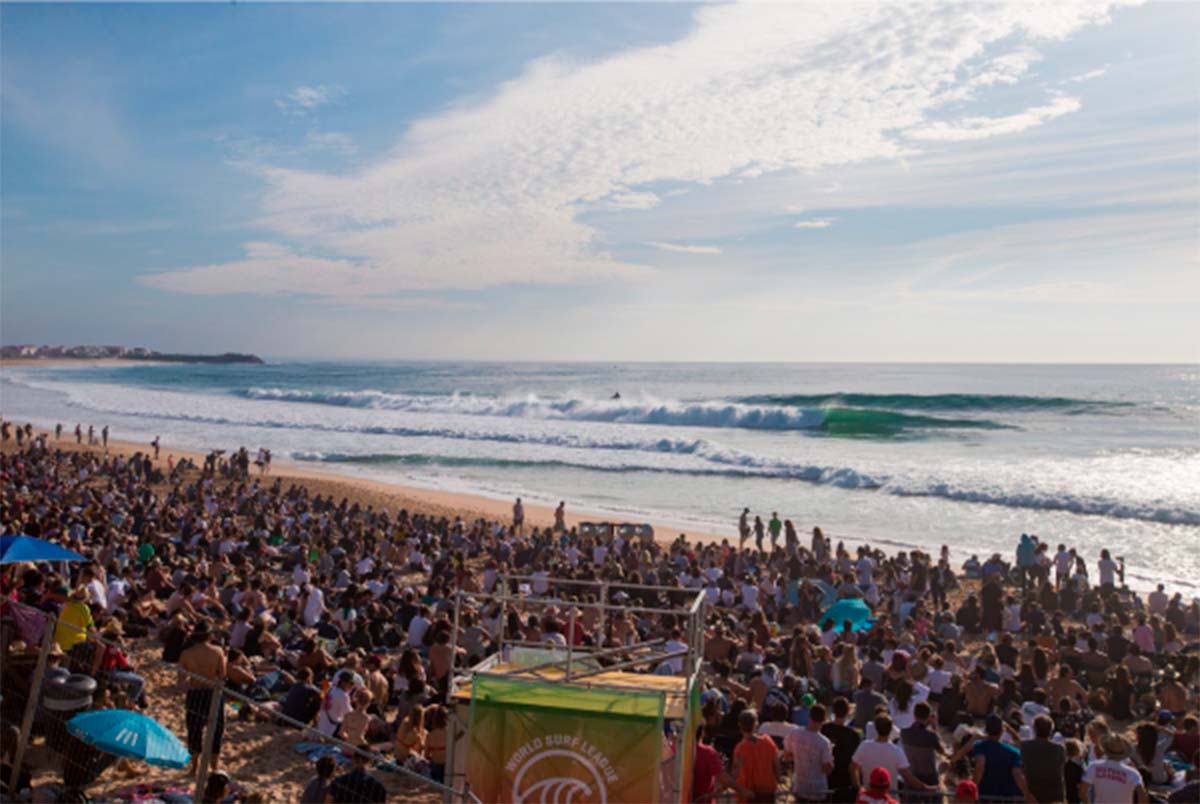 Rip Curl Onboard as Presenting Partner of MEO Pro Portugal
Today, the World Surf League (WSL) and Rip Curl announced an extended partnership, with the iconic Australian surf brand coming on board as the presenting partner of the MEO Pro Portugal, the third stop on the 2022 CT. The news comes just weeks after the WSL announced that the Rip Curl WSL Finals would return to Lower Trestles in California this September for the 2022 CT season, serving as a reminder of the brand’s commitment to surfing at all levels.

“Rip Curl is one of the most significant supporters of men’s and women’s professional surfing, and we’re very happy to expand our partnership with them beyond the iconic Rip Curl Pro Bells Beach and Rip Curl WSL Finals,” said Cherie Cohen, Chief Revenue Officer. “By coming in as the presenting partner of the MEO Pro Portugal in Europe, as well as two of the most prestigious Challenger Series events in Australia, Rip Curl joins the WSL in solidifying its commitment to the future of the sport throughout all levels of competition worldwide. We look forward to collaborating for years to come.”

By signing on as the presenting partner of the MEO Pro Portugal, Rip Curl will continue their strong connection with the waves of Supertubos in Peniche, a place where the brand took its iconic ‘Search’ Event back in 2009.

Pressure Builds in Portugal at Halfway Mark Before Mid-Season Cut
The 2022 Championship Tour season introduces a mid-season cut after the first five events, reducing the men and women fields down to 24 and 12, respectively. With two events down and three remaining before the cut takes place, pressure is starting to build for surfers who had a rough start in Hawaii.

With events like G-Land, El Salvador, Brazil, J-Bay and Tahiti in the second half of the season, the battles in Portugal will be fierce to climb up the leaderboard and hopefully secure an all-important spot above the cut line.

Rip Curl GromSearch Brings Young Stars to Portugal
Prior to the main show, Peniche will also host the European Final of the Rip Curl GromSearch. 27 surfers from all over Europe will battle in Under-16, Under-14, and Under-12 categories, both boys and girls for the titles. The Rip Curl GromSearch is a real hotbed of young talent, having uncovered future World Champions such as Gilmore, Medina, and many more.

The event will happen on February 28 and March 1, on a location to be decided on the day depending on conditions.

Watch LIVE
The holding period for the MEO Pro Portugal presented by Rip Curl runs from March 3 to March 13, 2022. The competition will be broadcast LIVE on WorldSurfLeague.com and WSL’s YouTube channel, as well as the free WSL app.