100 Foot Wave’ starring Garrett and Nicole McNamara and a host of UK surfers – Cotty, Al Mennie, Tom Butler. We caught up with big wave pro surfer Andrew Cotton to find out what to expect.

Where and when can we watch it?
It’s a HBO production which in the U.K. can be viewed on SKY , I think there’s a new episode every week for the next six weeks on Sky documentary’s.

So pretty rad story. I am taking that you have seen it. What can we expect from the 100 foot wave?Yeah I saw it as it was released in the states over the summer. Surfing and mainstream telly is always a worrying combination but to be honest I was super impressed and the feedback so far has mainly been positive. It focuses on Garrett and his surfing achievements but mainly about nazare so obviously that includes U.K. surfers such as Tom Butler, Al Mennie and myself

And you have been part of the journey from quite early on?
Yeah I’ve been very fortunate to spend a lot of time in Nazare and with Garrett and Nicole, all have definitely been a big part in my professional career.

As we have seen the inside section has got to be one of the heaviest in the world to deal with. I mean it’s basically a big heavy shorey?
Yeah , it’s definitely a place you take seriously. Which is why it’s such a great place to train and be a more rounded surfer. 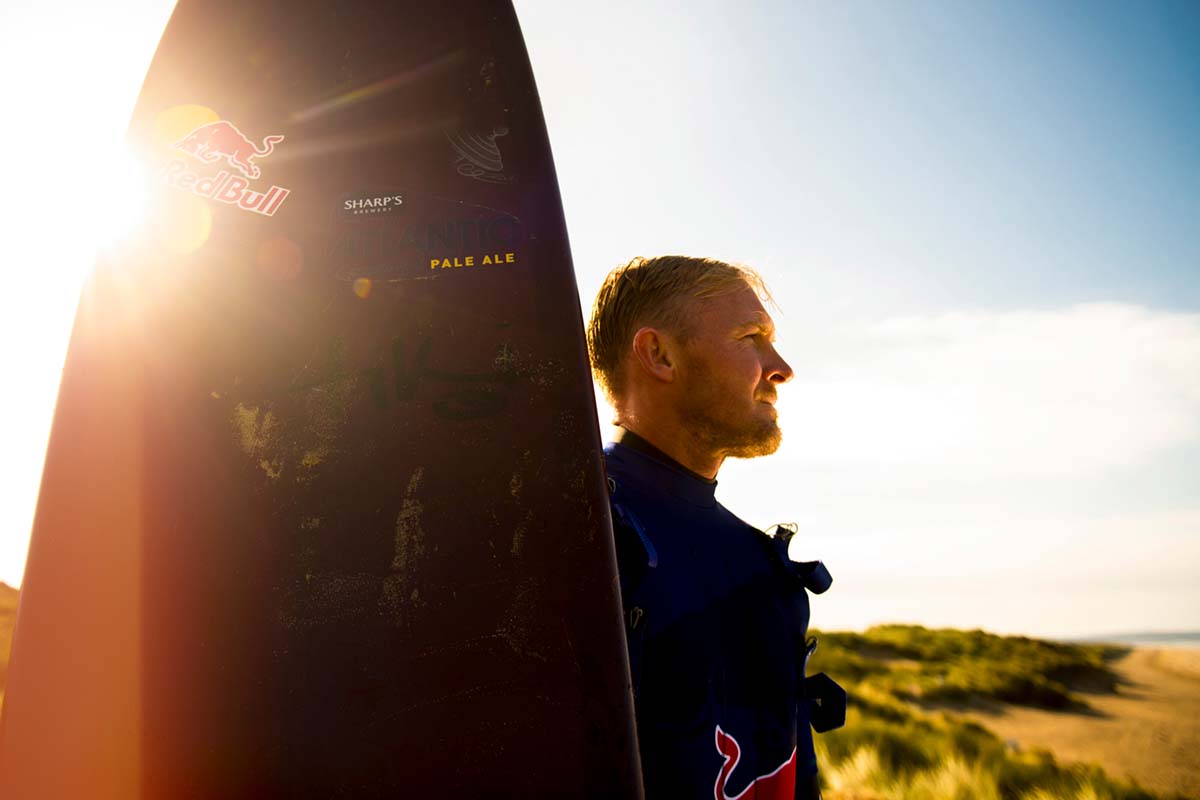 I guess there are a lot of crew lining up for this season now. You guys must be fully on with the safety. You have to be one of the best, if not the best drilled crews out there? Can you run us a through who is involved in the safety every time you go out? From spotters to back up skis to first aid?
I think most surfers are pretty knowledgeable with basic rescue and first aid as so many of us double up as seasonal lifeguards in the summer. For any team or ski driver in Nazare communication is key so having a spotter on the cliff with a SOP is a must then it comes down to skills on the ski. Always carry very basic lifesaving equipment in a small peli case.
Try not to over complicate things .

Obviously its not without risk, and you’ve have really done yourself proud with the come backs. How do you get back on the horse, it must take massive amount of drive to do what you do?
I think it’s more a passion for surfing, loving what you do and still having a bit of a dream and end goal. At the end of the day it’s just surfing and it’s all about fun.

100 Foot Wave is on Sky Documentaries tonight at 9pm.
Or stream from the link below.