Below – What lies beneath.

Arnaud is the rising star of freediving. Born in Marseille in 1996, Arnaud grew up by the sea. With the ocean as a playground, he naturally discovered freediving with his dad. As a struggling kid at school with dyslexia, he finds in the ocean the peace and confidence in himself. Basically he started “breathing again” thanks to freediving. He can hold his breath for a really, really long time, on the 20th May 2019, he broke a new World Record in constant weight bi-fins with a dive to -108m. Check out the footage as he free surfs under the beautiful Tahitian waves. 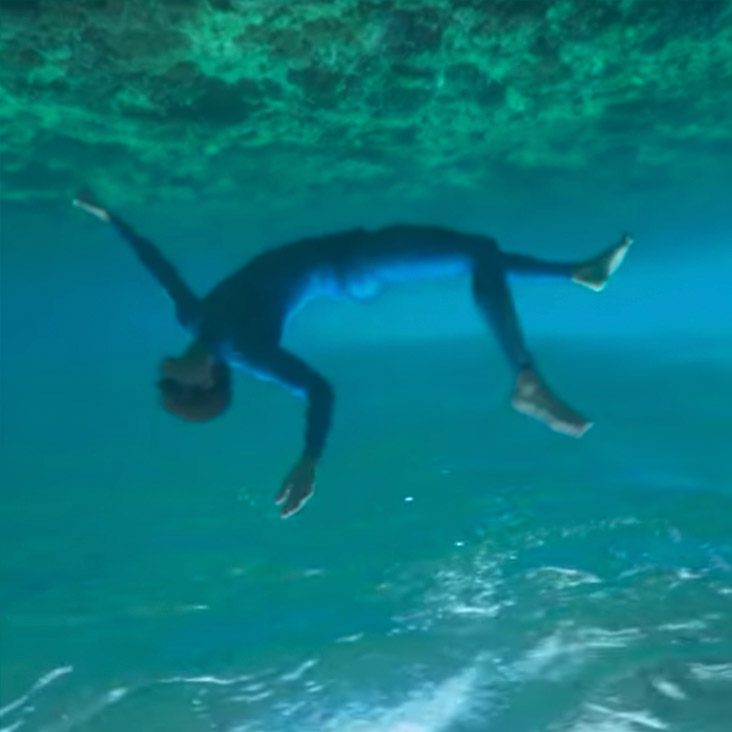 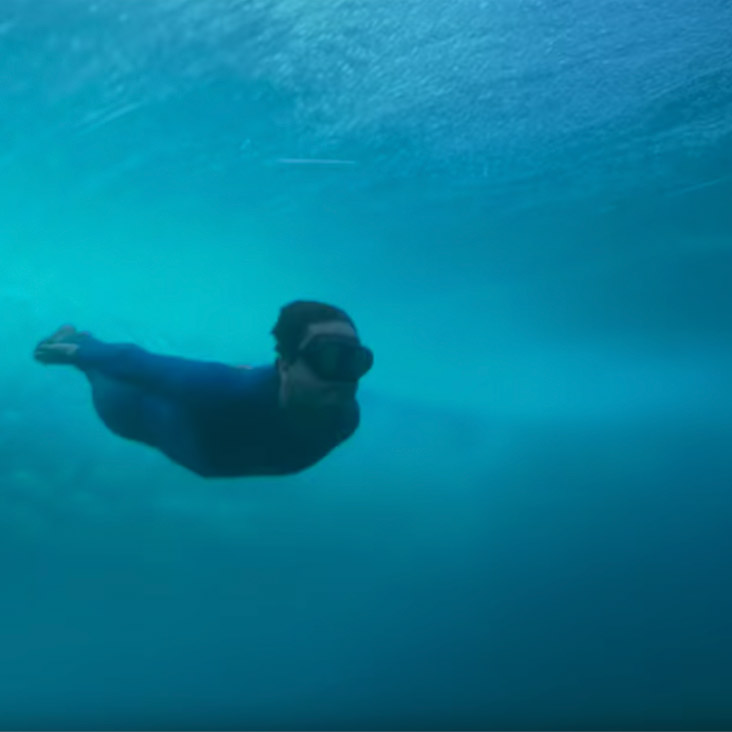