Thousand of penis fish have washed up on Drakes Beach, California 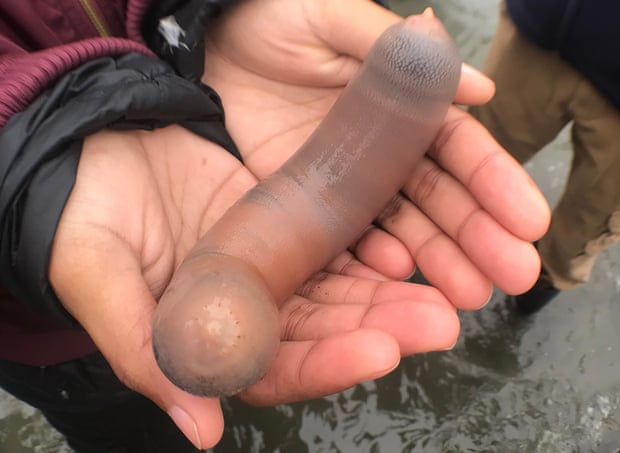 Thousand of penis fish have washed up on Drakes Beach, California. The 10 inch ‘fat innkeeper worms’ also known as ‘dog dicks’ in Korea, lie in burrows and have been around since 300 million years ago.

They are edible and considered a delicacy in Korea, which must led to some interesting restaurant orders. “How would you like your dogs dick?”

The worm is supposed to be be “chewy, salty and surprisingly sweet” a claim I am sure some of our followers would have heard before.


Pass me the dogs dick please

It’s believed the recent storms washed the worms out of their burrows.