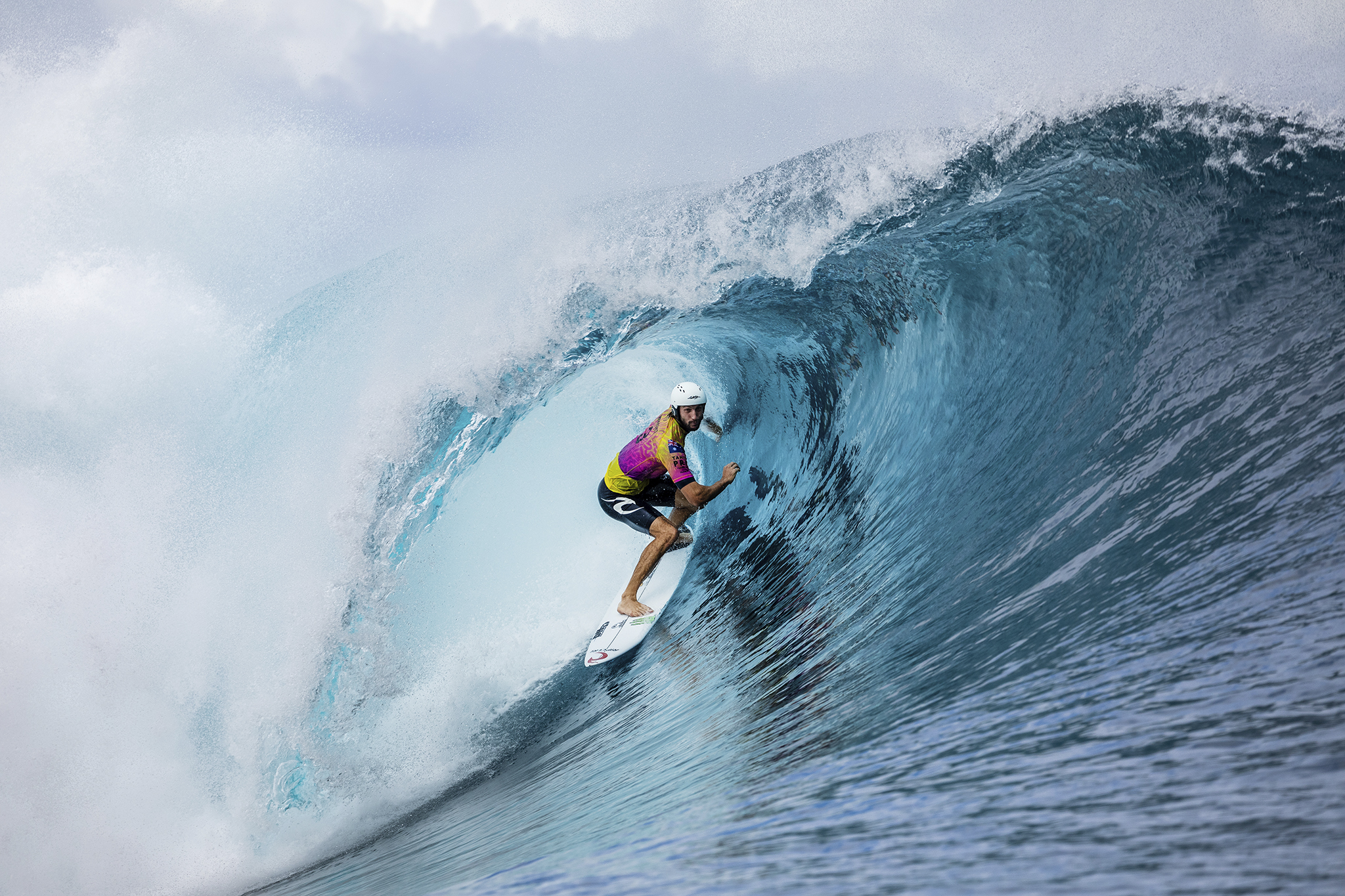 Last night (UK time that is), Owen Wright (AUS) won the Tahiti Pro Teahupo’o presented by Hurley Stop No. 7 of 11 on the World Surf League (WSL) Men’s Championship Tour (CT), in six-to-eight foot (2 – 2.5 metre) waves at the world-famous Teahupo’o reef pass. The rematch of the 2018 Tahiti Pro Final with Gabriel Medina (BRA) was one for the books with some of the best conditions since 2014. 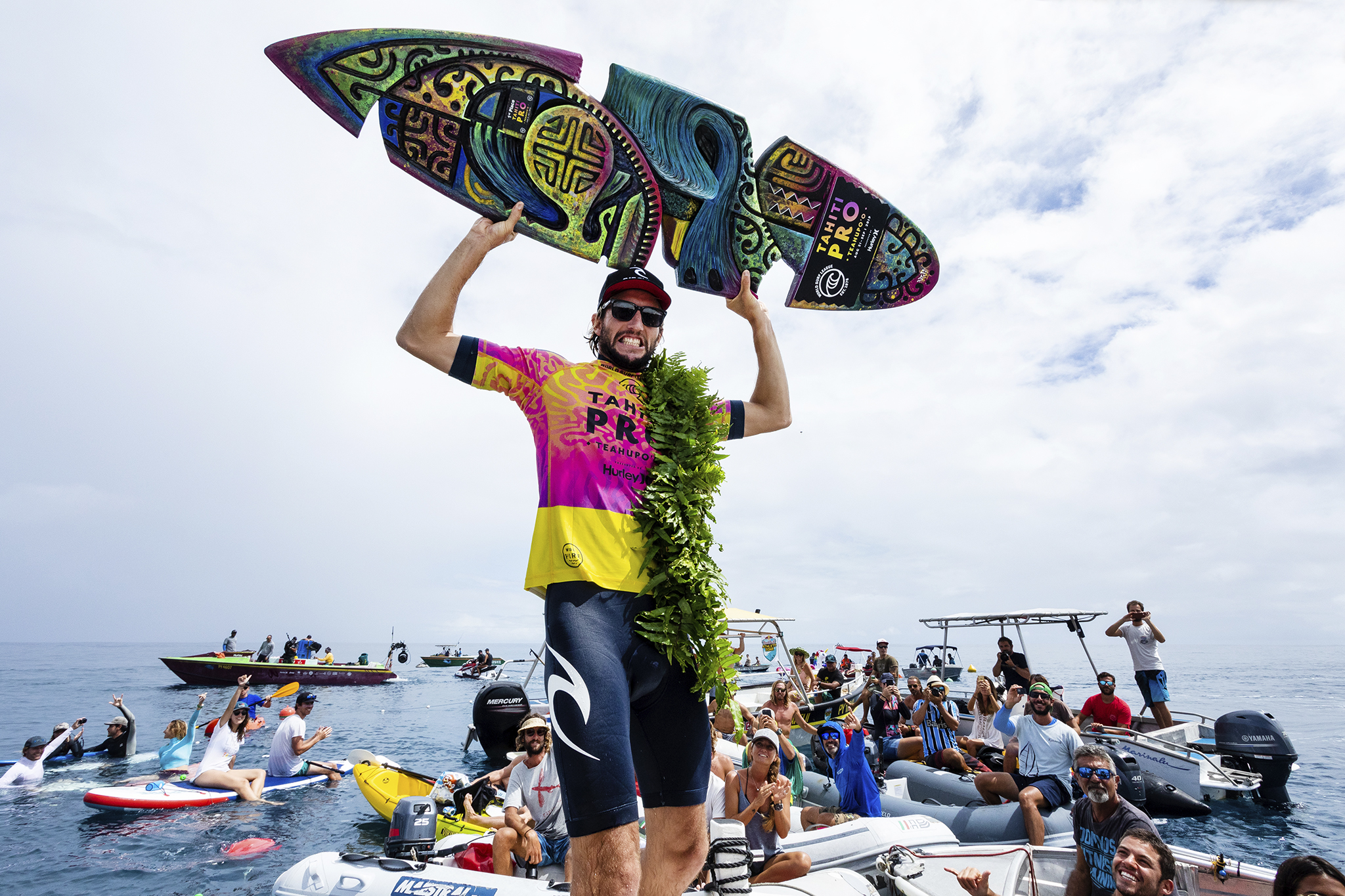 Owen Wright (AUS) claimed his first event win in Tahiti after defeating Gabriel Medina (BRA), the two-time WSL Champion and defending Tahiti Pro winner. This is Wright’s first CT victory since the 2017 Quiksilver Pro Gold Coast when the Australian inspired the world with his incredible comeback from a traumatic brain injury he suffered at Pipeline in 2015.

“I can’t be happier,” said Wright. “Gabby (Medina) was always going to be the toughest matchup and I had no priority and I snuck into those few on the inside. I tried to get as deep as possible and still make it. I teared up out there when the hooter went. I’ve been working hard and I am stoked to win.”

In a rematch of last year’s Tahiti Pro Final, goofyfoots Wright and Medina battled once again at Teahupo’o but this time in heavy barrels. After a slow start, the heat turned into a barrel shoot-out at the twenty-minute mark and saw both surfers go wave for wave. Medina broke away with a 7.83 (out of a possible 10) and backed it up with a second 7-point ride, but Wright fought back with his own 7.73, only needing a 7.21 to win with eight minutes left. Under priority, Wright scored a near-perfect 9.17 to steal the title from Medina.

“I said I really wanted Gabby in the Final just to have that rematch and it was such a special time last year,” continued Wright. “The waves were just so perfect and to share that with a great mate was really special. When you come out here and in your first heat you get a 10, it makes things feel like things are coming. I haven’t won since Snapper and it has been so long. I won so early back then in my recovery and it has been so up-and-down and it has finally felt up and up and up in the last few months. I’ve tried to win this event a lot of times and it is amazing to finally get that today.” 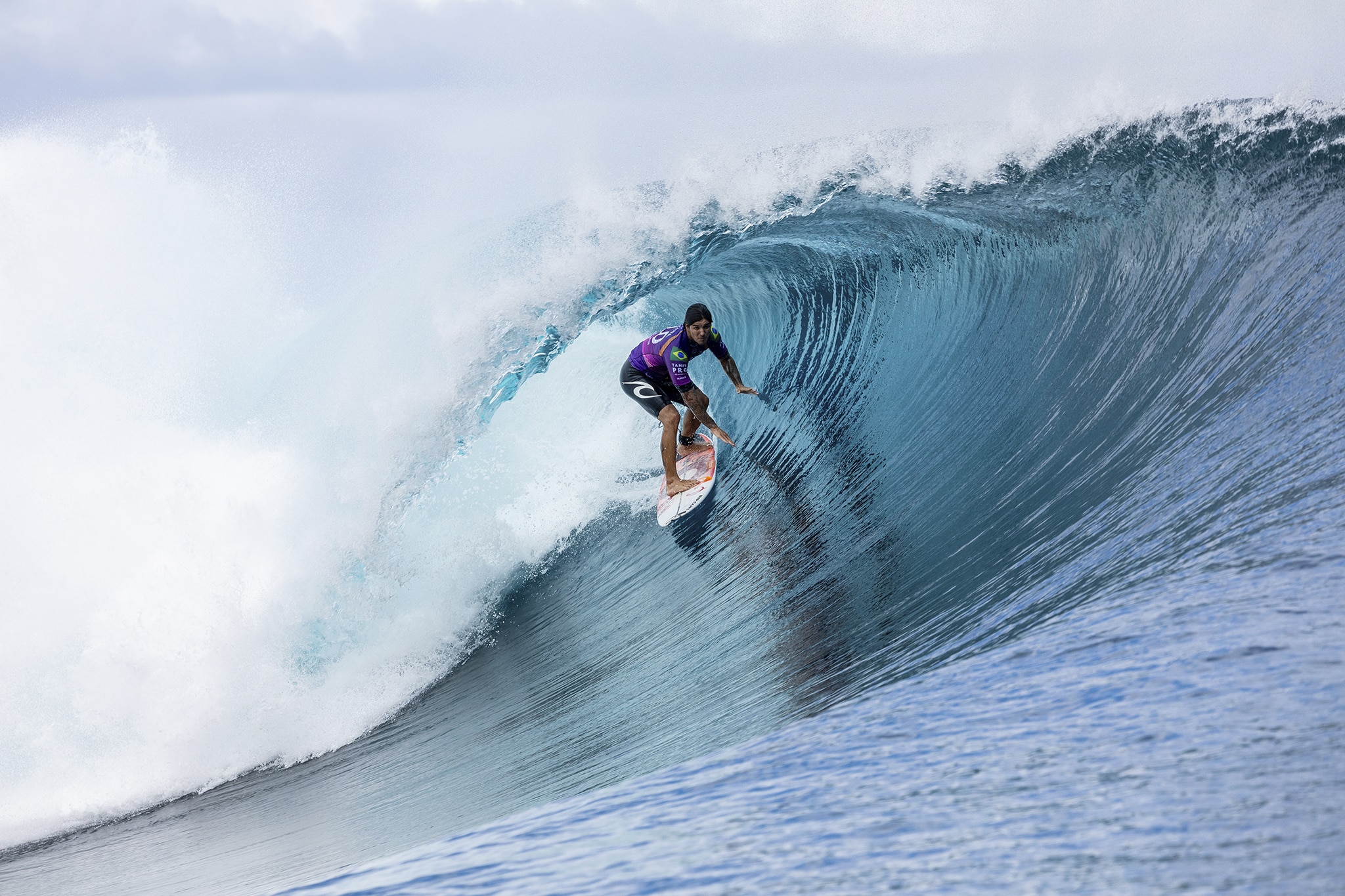 Medina was not able to defend his title in Tahiti but still has the opportunity to defend his win at the Freshwater Pro pres. by Outerknown, the next stop on the WSL Championship Tour. The second-place finish vaults him up to fourth on the Jeep Leaderboard and another step closer to a third World Title.

“Owen (Wright) really deserved that one,” said Medina. “He started the day off with a 10-point ride and when someone starts like that, I think you feel like it is going to go your way. I am happy for him and stoked to be in the Final against him again. Last year it was me and today he got me. I love to compete against him, he is one of the best so it was good to get second to Owen.”

“I have to enjoy the momentum,” continued Medina. “It is hard to get the rhythm but now I feel like I am there. The win in J-Bay felt good and I think that will help me at the end of the year. Now I am just thinking about the wave pool. I cannot wait. I just want to thank God for the opportunity to have another Final with my great friend. This contest was unbelievable.” 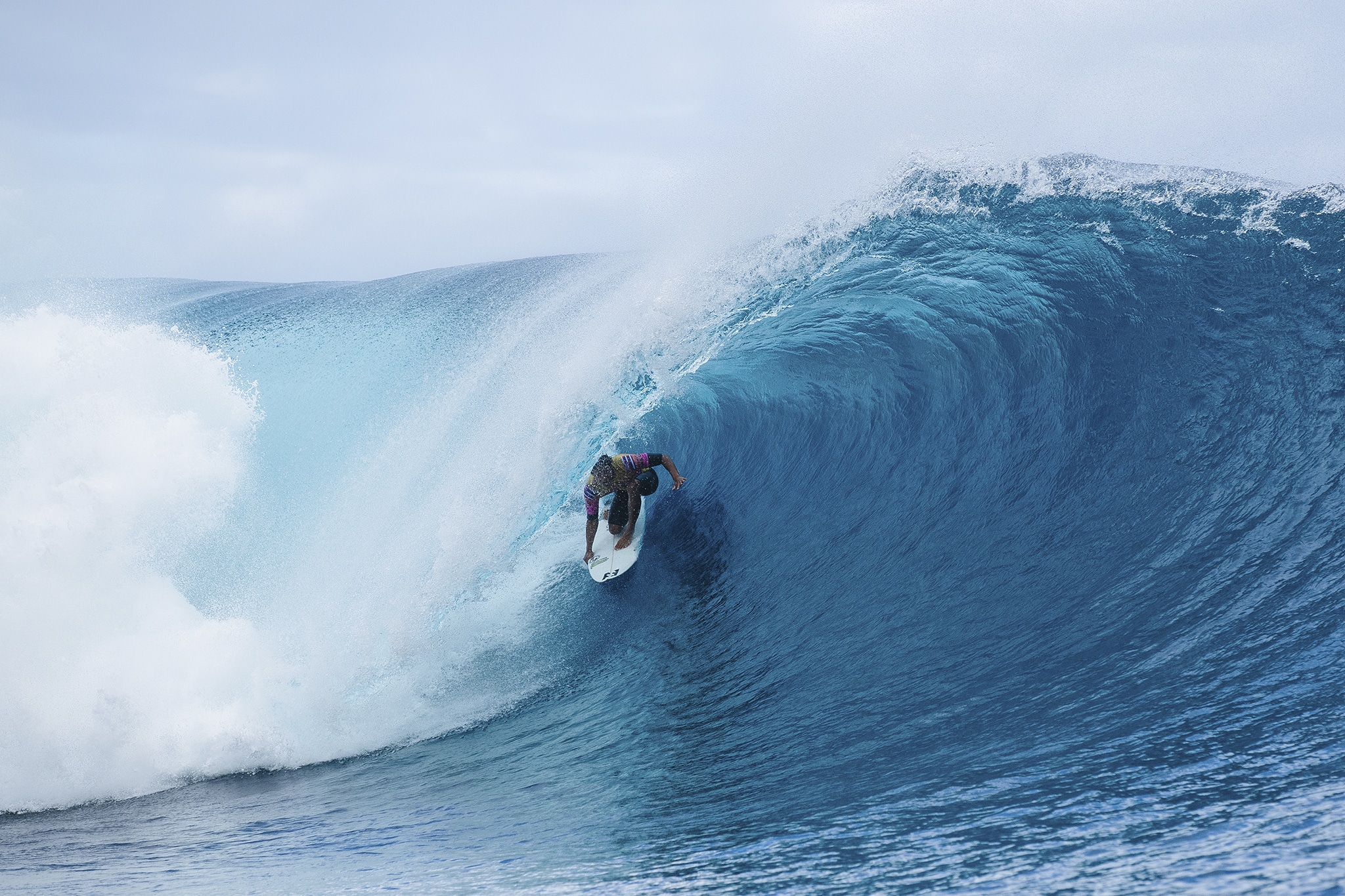 Rookie Seth Moniz (HAW) captured his career-best performance today after making the Semifinals. Although the 22-year-old fell to runner-up Medina, he showcased his talents in heavy-water conditions in his freshman year on the elite CT. Moniz eliminated injury replacement Caio Ibelli (BRA), who sat right on the requalification cut-line before this event. Ibelli now moves up to 18th on the Jeep Leaderboard and betters his chances of qualifying for the 2020 CT next season after falling short last year. 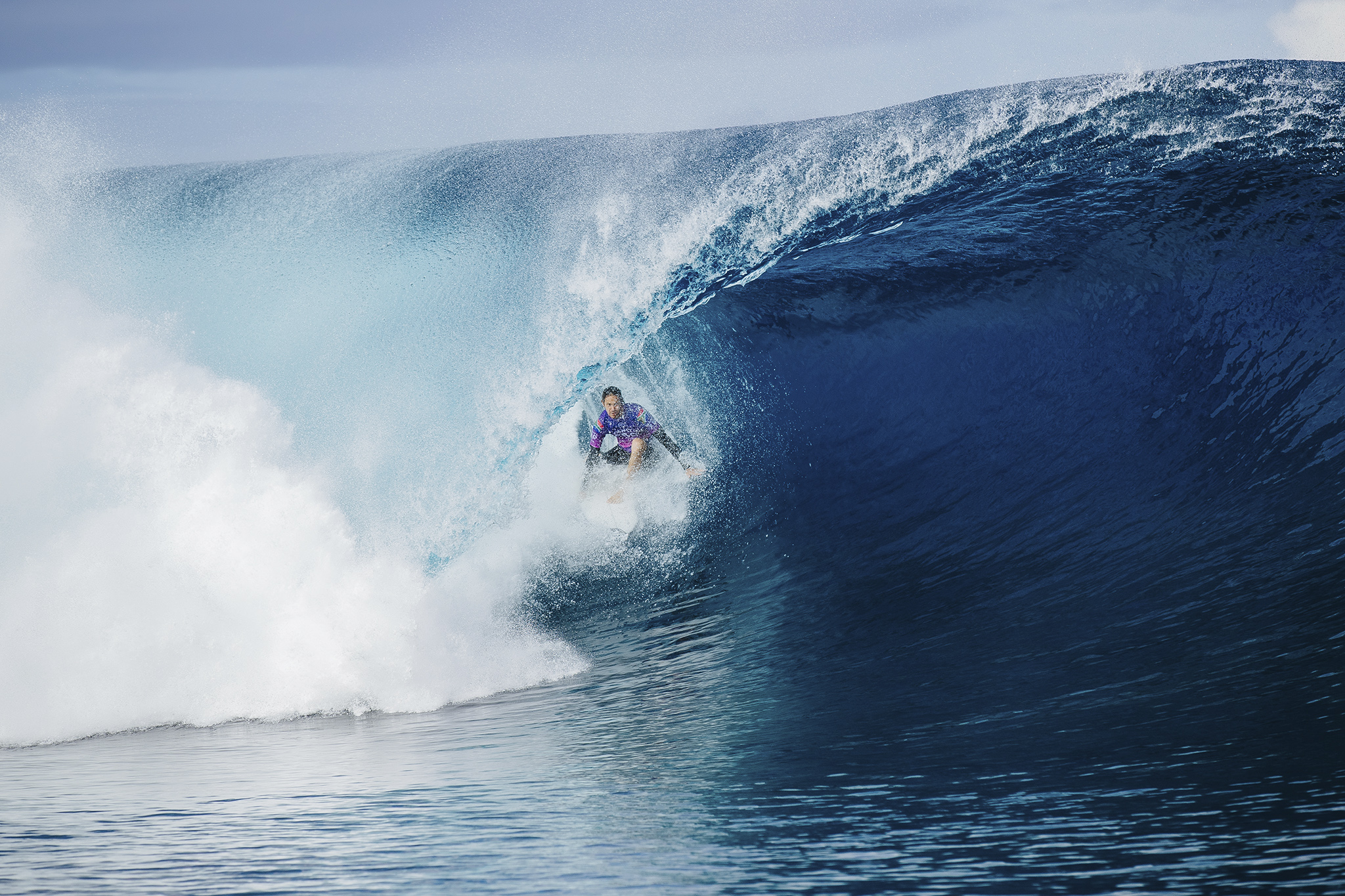 The next stop on the 2019 WSL Championship Tour will be the Freshwater Pro presented by Outerknown at Surf Ranch Lemoore from September 19 – 21, 2019.