Meanwhile over in Oz the Surf Lakes testing facility is back up and running… Looks shallow but fun. Scroll down for the very tubular shots of bodyboard legend Ben Player on the ‘Island’ as opposed to Occys peak.

Surf Lakes are proud to announce that during recent testing at its Research and Development facility at Yeppoon, the company was able to achieve its maximum target wave face height, being 2.4 metres (8ft). (see images below). Waves are measured from the trough at the base, to the lip of the breaking wave. The maximum wave size target was achieved on multiple occasions at “The Island” break.The prototype machine and the surrounding reefs were created to demonstrate the capability of Surf Lakes unique 5 Waves technology after years of extensive small-scale prototyping, testing and CFD modelling. Surf Lakes believes that even though this is a test site only, it has created the largest and most powerful wave pool wave available in the world today. Founder and CEO, Aaron Trevis, who, over a decade ago formed the idea for a concentric wave pool after tossing rocks into a lake with his children, was ecstatic to see his dream of sharing the thrill of surfing, take one more step towards reality. “Surf Lakes is extremely happy to have achieved our target wave size goal,” said Trevis. “Now we turn our focus to refining and selling our technology to potential licensees, of which we have had over 300 enquiries worldwide.” “It’s our vision at Surf Lakes, to share the thrill of wave riding with experienced surfers and newcomers alike, so to get the nod from legends such as Occy and Ben Player has made this journey all worthwhile. We are so pleased with the outcome and can’t wait to begin building lakes around the globe.” Surf Lakes ambassador and former world surfing champ, Mark “Occy” Occhilupo, was amongst the first to take the drop on the overhead swells at his own Occy’s Peak (designed by Occy himself) and was ecstatic to see the wave machine operating at full capacity. “This wave is sooo good!” said an excited Occhilupo. “It’s the real deal for sure. It really feels like an ocean wave as it pushes along the reefs here. I am so stoked!” Three times world bodyboarding champion, Ben Player, was also on hand to test out the full-sized waves. “This wave has so much power!” said Player. “It’s hard to believe it’s a man-made wave! The drop is really exciting, and it felt as powerful as some of the heaviest ocean waves I’ve surfed.” More footage of Occhilupo, Player and other surfers will be released over the coming weeks, as it becomes available. Surf Lakes would like to extend its thanks to all staff, engineers, contractors and suppliers who helped to achieve what is a significant milestone for the company and the advancement of the wave pool space. Although further testing and demonstrations at the Yeppoon R&D facility will take place over the coming months, it remains a prototype only. It lacks the necessary infrastructure, facilities and required regulatory approvals for public use. Surf Lakes is working closely with several licensees to open commercial surf parks, using the 5 Wave technology, in locations around Australia and throughout the world in the coming years. 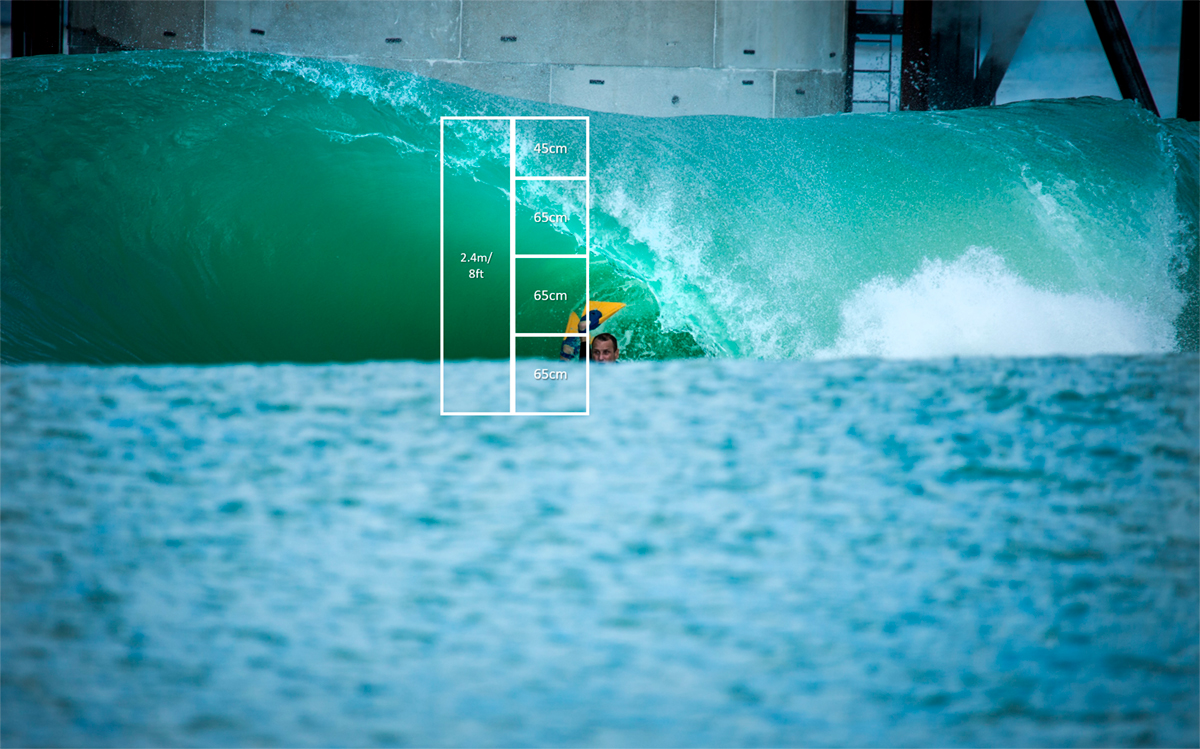