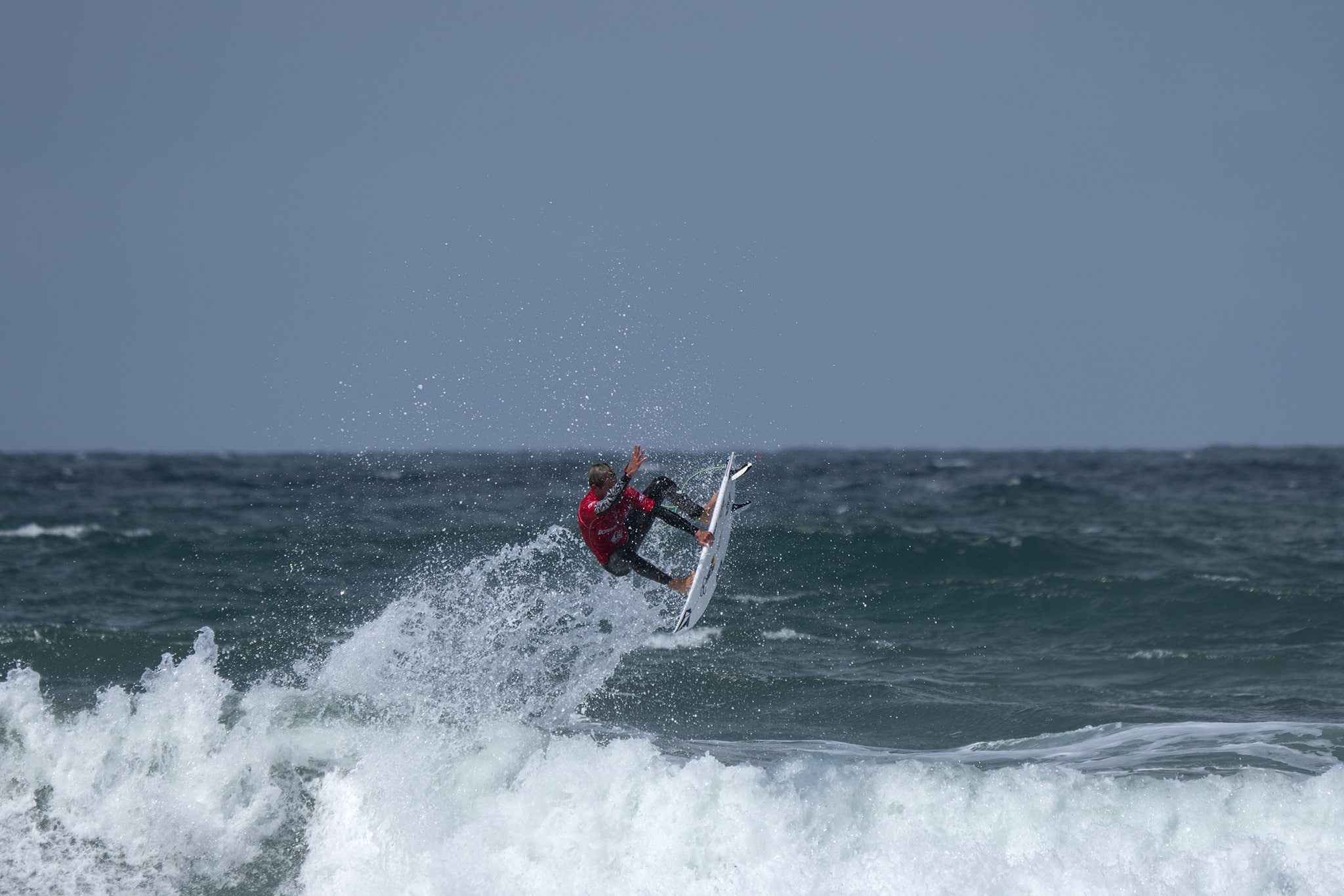 It’s been a week like no other in the decades long history of Boardmasters.

There have been storms, there have been cancellations, there’s been some really gross weather but we’ve never had the festival cancelled literally hours after the crew put the final cherry on the Watergate site.
An agonising decision to take from all involved considering the hundreds of hours of work put in from scores of people.
The storm that was forecast lived up to expectations, as nice as the weather was Wednesday and Thursday, Friday and Saturday were grim. Winds peaked at 55mph at the festival site. Events across the UK were cancelled or disrupted. There would’ve been carnage if they’d not cancelled.
I can’t recall a UK surf comp ever not going ahead because the beach was red-flagged and the conditions considered too dangerous as they were on Saturday. And never seen conditions go from mirror flat to pushing eight foot in a day like they did Friday. I’ve also never seen a competitor swept into the devil’s teeth of rocks at North Fistral by a freakish ocean sweep and need RNLI jetski assist. Or a comp be hit by a power cut that took out the judging computers while the competitors dodged close out sets.

It was a battle but we got through it. Congrats to all the winners and competitors for putting on a hell of a show in often tricky conditions. Thanks to Dave Reed for helming the comp, the WSL, Christian Surfers, event staff, Barters and Sam Lam in the commentary booth, judges and everyone else for gritting their teeth and getting through it. There was some great surfing, some great dramatic heats, and the kind of English summer weather where you need full waterproofs with some suncream in the pocket.

Roll on Boardmasters 2020, the weather will be perfectly calm, sunny, and the surf’s going to pump. You read it here first…

Alice Lemoigne (FRA) and Natsumi Taoka (JPN) paddled out for the first Final in the Boardmasters Longboard Pro and for the first 17 minutes, it was an-all Japanese show of form with Taoka multiplying good waves to build a healthy lead. The 4-time European title winner Lemoigne struggled at first in an unusual manner but dropped the hammer with 8 minutes remaining as she rode a clean wave all the way to the beach with beautiful nose rides for an excellent 8.50 and eventually the win.

“There were little ripples on the face of the wave that made it really tricky to ride in that Final heat,” Lemoigne said. “But then I found a good one and I calmed down and focused on finding a backup. I’m stoked to solidify my first place in the rankings and hope I can seal the deal in Galicia with another European title. I always love coming down here to Newquay, people get really excited to watch us surf and are very supportive so it’s always a pleasure.”

Taoka claims her season-best result with the runner-up at Fistral and will build confidence heading into Galicia for the next big event on the longboard schedule.

Edouard Delpero (FRA) had a very different path to victory in the men’s Boardmasters Longboard Pro Final and left very little chance to Federico Nesti (ITA) as his first wave in the Final was deemed near-perfect by the judges who dropped a 9.50 for his backhand effort. Nesti, who reached his first-ever two-surfer Final gave it his best shot but couldn’t quite rival Delpero and had to settle for second place. The former runner-up in the world, Delpero adds yet another event win to his impressive resume.

“It was unreal to start with a wave like that especially cause they were pretty hard to find,” Delpero said. “Federico surfed great so hats off to him, and I’m happy I was able to have that much fun in the Final. It was another great beach day down here at Fistral and the public was once again super nice to us surfers. Now I have to go back to work at home and hopefully, I’ll manage to get a few surfs in to prepare for Galicia.”

In the QS1,000 Roxy Open Final, the runner-up of last year Yolanda Hopkins (PRT) took on Rachel Presti (DEU) and the Portuguese surfer got active early on, catching many waves to apply pressure on her opponent. Hopkins, who has been collecting solid numbers all week, continued to improve her scoreboard throughout the 25-minute bout and eventually claimed her first-ever victory on the WSL tours.

“I’m so stoked to win for the first time and I just wish my family and my coach were him to share this with me,” Hopkins stated. “I was pretty confident since this morning and tried to fix a couple of things in the first heat and in the Final, I was pretty relaxed and just wanted to surf as I know how to. This victory gives me a lot of confidence in thinking I do have what it takes to win sometimes.”

Presti with the runner-up adds another stellar result to her impeccable track record in Europe and will continue to chase the elusive first place in the next few events in the region.

The show today wrapped up with the Quiksilver Open Final, an all-goofy foot battle between Leon Glatzer (DEU) and Pedro Henrique (PRT). Waves, unfortunately, got somewhat slower and the first 20 minutes of the heat didn’t provide surfers with many great opportunities, limiting the scores to the average range. On the 5-minute mark, both surfers threaded long lefts with a similar approach and dropped extremely similar scores, making things very interesting heading into the final few minutes.

Glatzer finally turned the heat with a solid 7.33 in the last two minutes and despite a great last effort from Henrique, the situation remained and Glatzer walked off with his second QS event win of a young and promising career. Glatzer’s win and Presti’s second place mark a very strong showing from Team Germany in an Olympic qualifying season.

“It’s been a tough week and a lot of hard work with these conditions so I’m drained physically and mentally but I’m on top of the world right now,” Glatzer said. “I’ve been working with my new coach Llewellyn Whittaker and we’ve set very high goals for me so there are no more distractions and I’m 100% focused on improving my surfing especially on beachbreaks. The CT and the Olympics are my two goals short and long-term and I’m glad to have the support of the German Olympic Committee to reach those goals.”

Here are the new European rankings Top 5 following the completion of Boardmasters:

Qualifying series surfers will be back to work on Tuesday at the QS1,500 Caraïbos Lacanau Pro in France while for longboarders, a little two-week break will give them time to prepare for the first-ever Galicia Longboard Classic.

Boardmasters’ surfing events are scheduled from August 7-11, 2019 at Fistral Beach, Cornwall – England. For all results, photos, video highlights and press releases, log on to worldsurfleague.com.