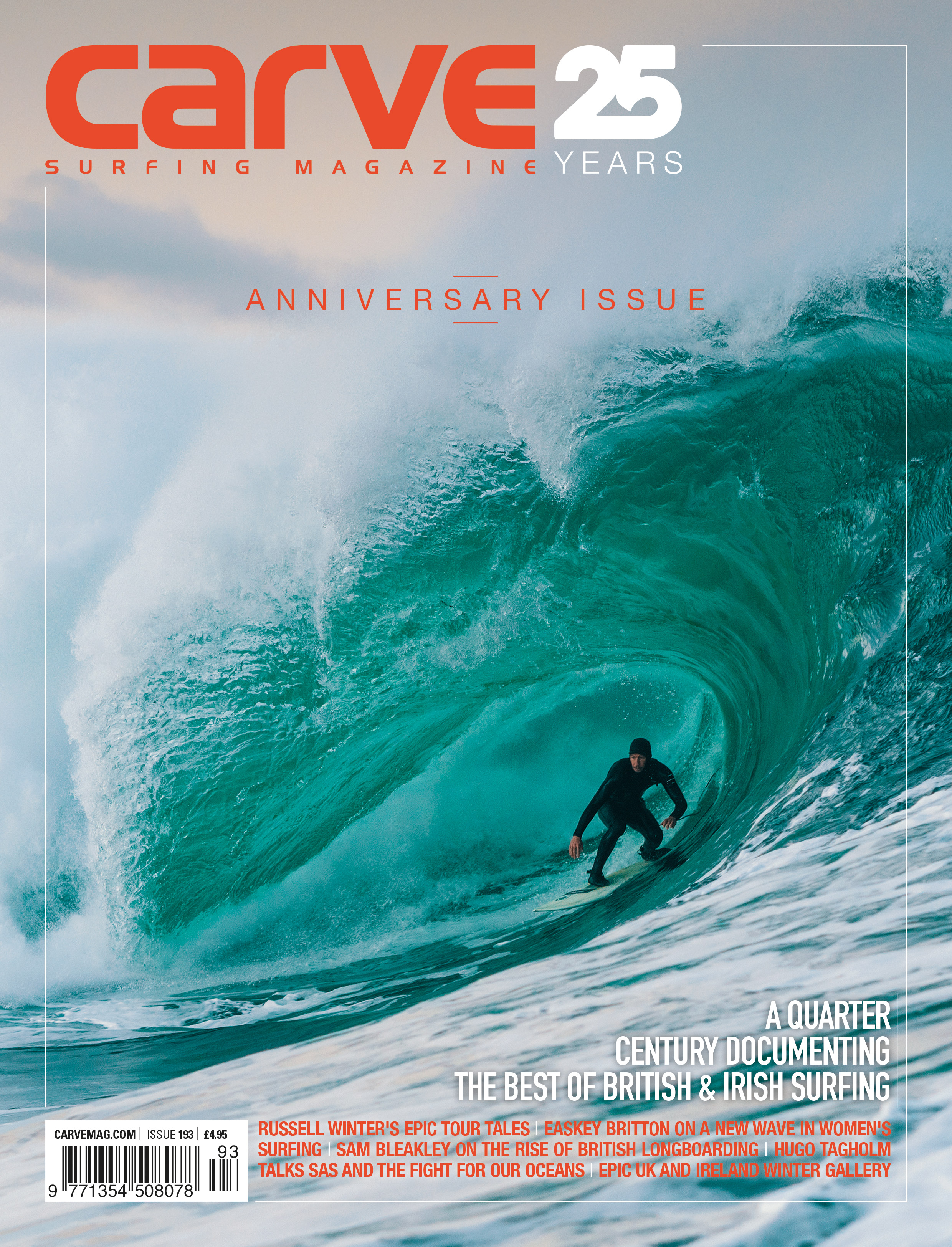 Twenty-five years is a long time.
Hell, a fair few of you reading this won’t have been on this good earth that long. But the mag is officially 25 years young this season.
When Chris Power started the mag, with Louise and Mike Searle, things were a tad different out there.
Sure the basics of boards, fins, leashes, surfer plus wave equals fun applied. Boards you’d recognise, although they’d probably be a bit skinny and rockered for modern tastes, that and the fins were glass-on which was a pain in the derriere for travel. But surfing was basically as it is now, just less air based.
Kelly Slater was of course in the ascendant, he had his first title under his belt in ’92 and nailed his second in the year Carve started: 1994, which is absolutely redonkulous when you think about it. How many sportsmen that aren’t golf batters stay at the sharp end of their sports for over a quarter of a century? Lisa Andersen was starting her rewriting of women’s surfing, and surfing, in general, was transitioning from the old school to the new school.
Taylor Steele’s classic Momentum came out in ’92, but the beloved Focus hit in 1994. Another epoch-changing time as surf films went from lovingly crafted, shot on 16mm, expensive film projects to punk Hi8 edited at home jobs viewed on VHS. The Momentum generation has shaped surfing ever since.
The WSL, then known as the ASP, had just settled on the Dream Tour concept, prioritising the best waves at the right time of year as opposed to crowded, shitty city beaches of the ‘80s and early ‘90s.
In short, the mid-90s was a hell of a time. Surfing was on the up, surf magazines were how we got our dose of surf culture, the surf co’s were coining it in, the web was starting as a concept, and social networks were a decade from beginning to exist. Hell even having your own computer was a bit of an odd thing in those days. Apple was just a niche supplier of computers to publishers, printers and photographic sorts. No iAnything until ’98 and the smartphone revolution ushered in by the iPhone was a long way off.
Mad to see how far we’ve come.
From manual focus cameras shooting film, typing articles on typewriters to the instant live broadcast of surf sessions as they happen. 25 years of change. Twenty-five years of British surfing.
It has been a hell of a ride.
As for this kid? I was finishing uni in ’94. Got my first shot in Carve in ’96 (a half page line up of Raglan in NZ) and did my first gig for them in ’97 and after being around the blocks for the opposition, I’ve been the editor since the start of 2010. Where the hell did that time go?
Anyhoose. It’s been a rough time for journalism in all forms recently. The surf media has been decimated along with a lot of other genres. There aren’t many print mags left worldwide, but we’re still here, giving you the tactile, joyous experience of photos you can see without squinting. Photos that deserve your attention. Not just a cursory glance as you swipe past. A surf mag is a thing of beauty, a bundle of paper designed to make you dream, to form your own plans for travel. To inspire you to experience all the salty world has to offer. We can but try. Glad you’re along for the ride.
Lastly:
Thank you to all our readers and subscribers past and present.
Thank you to all the scribes and photographers whose work we’ve featured over the decades, without you, we are nothing.
Thank you to all the staff who’ve designed, produced and sweated to get this mag out on time issue after issue.
Thank you to all the surfers who have featured in the pages of the mag.
Thank you to Mama Nature for keeping the waves flowing.
Twenty-five years is a long time. The world is a very different place to when the mag started. All we know is we still love surfing as much as we did back in ’94.
Read the mag, get inspired, now go get wet. 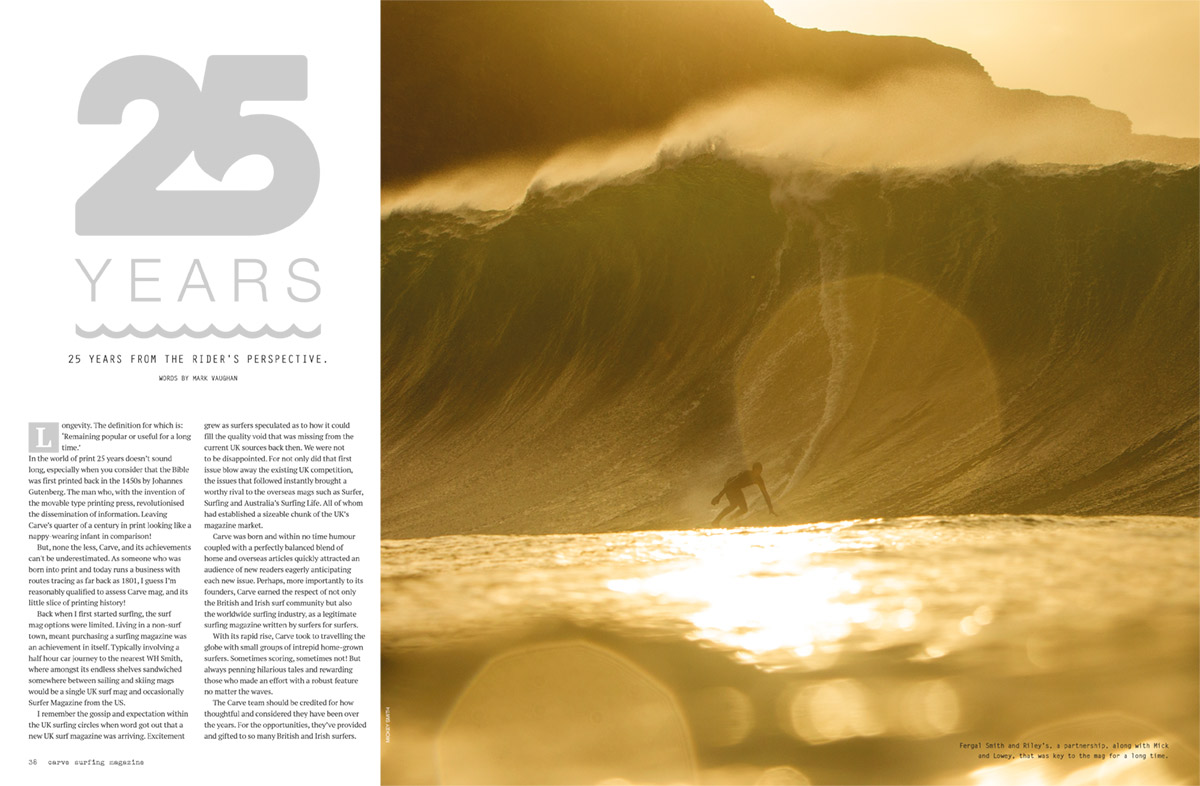 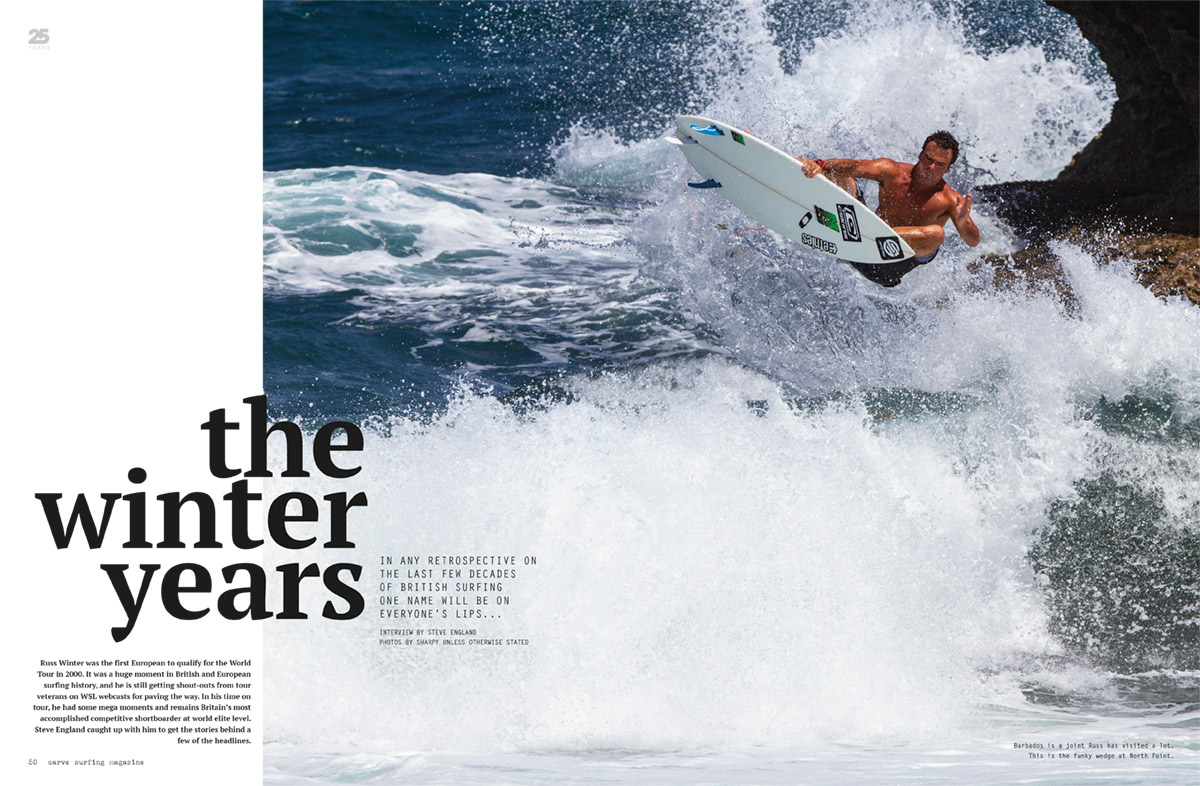 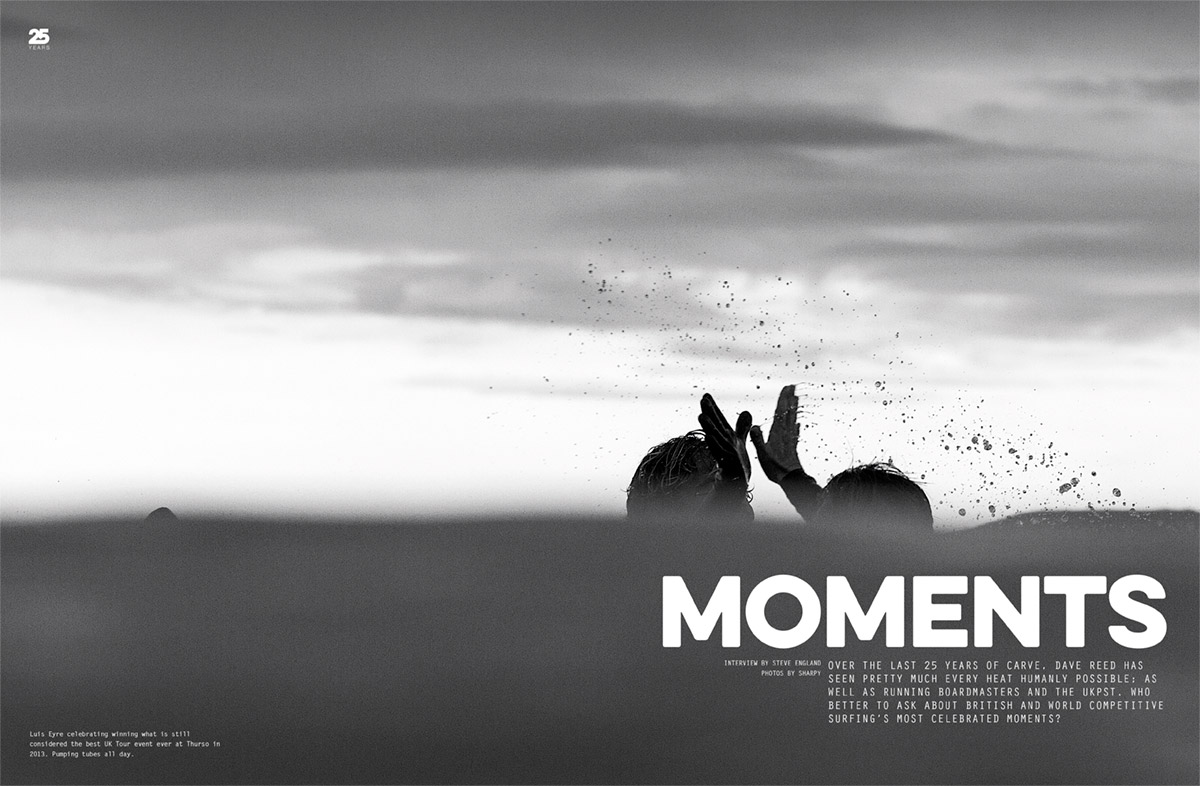 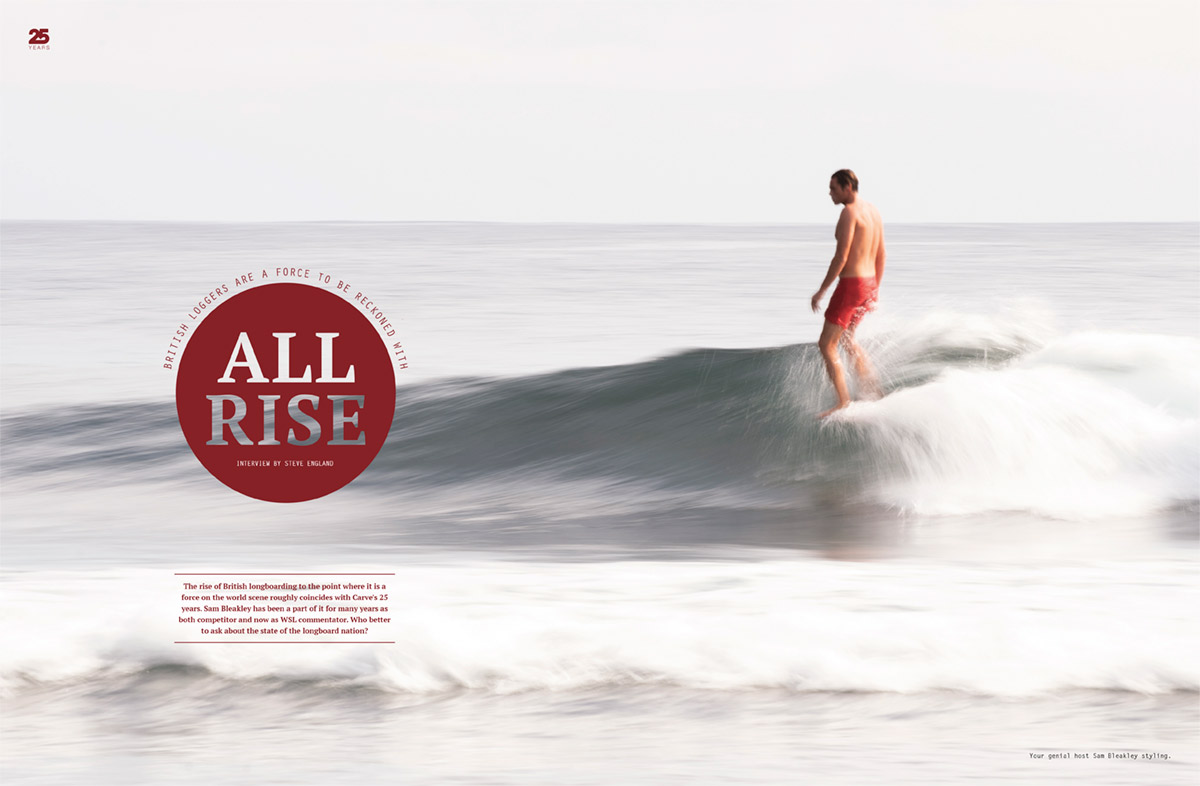 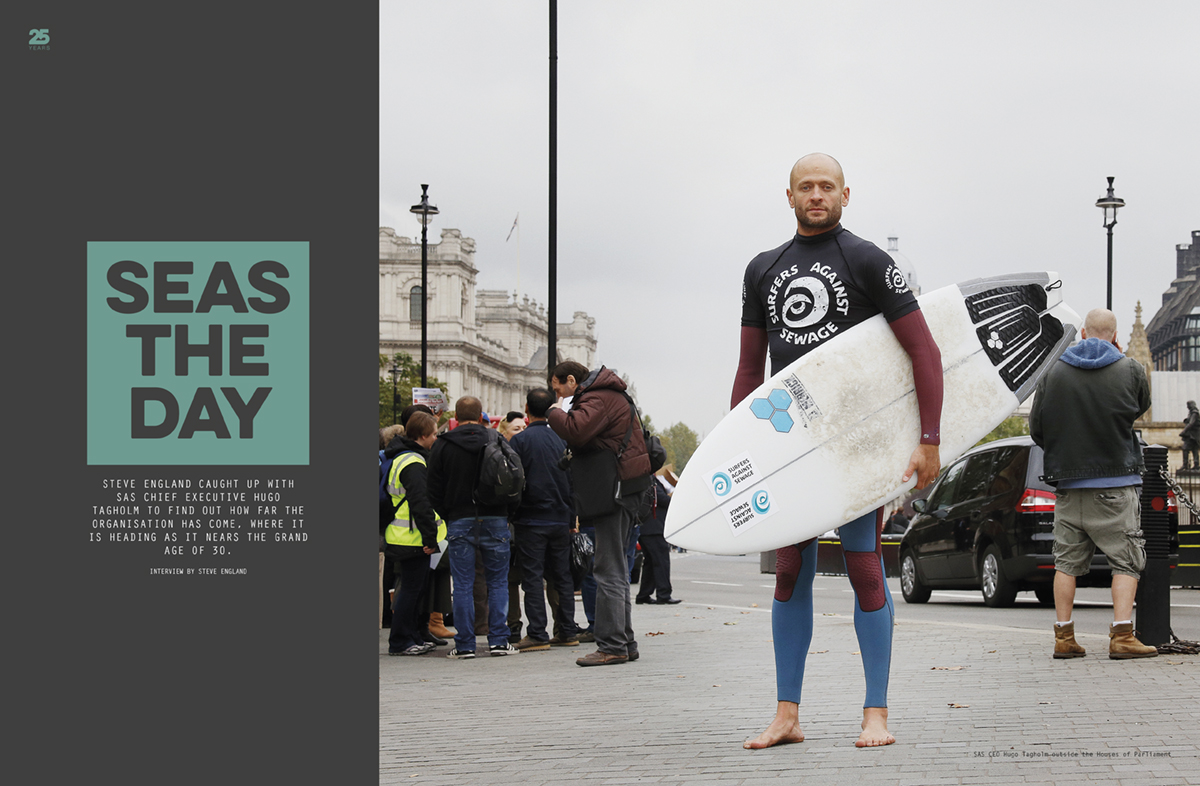 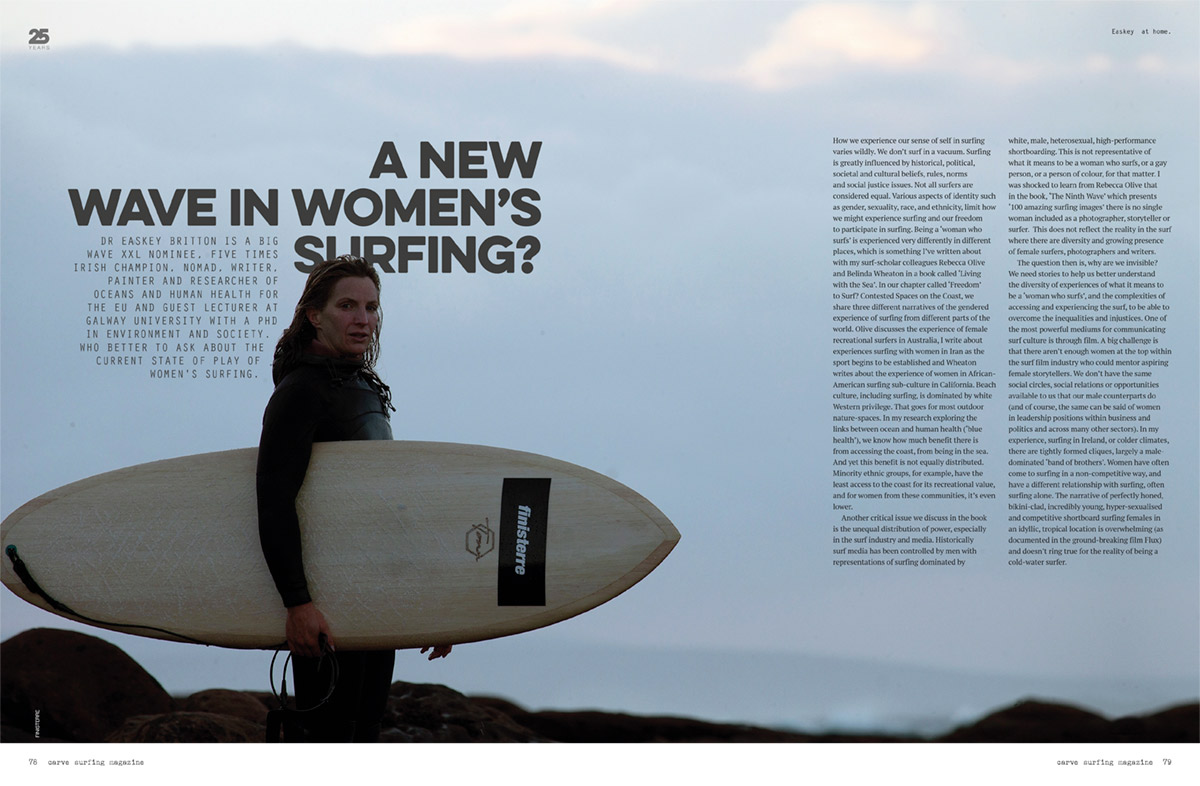 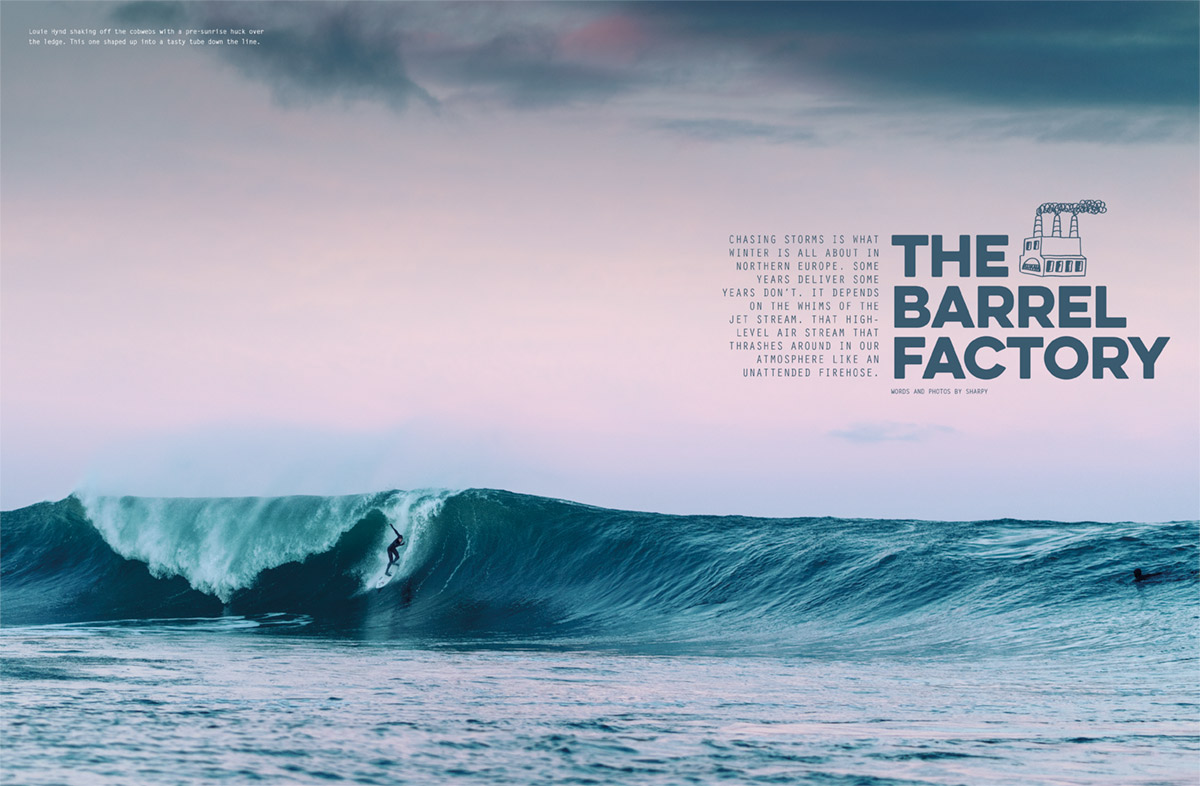