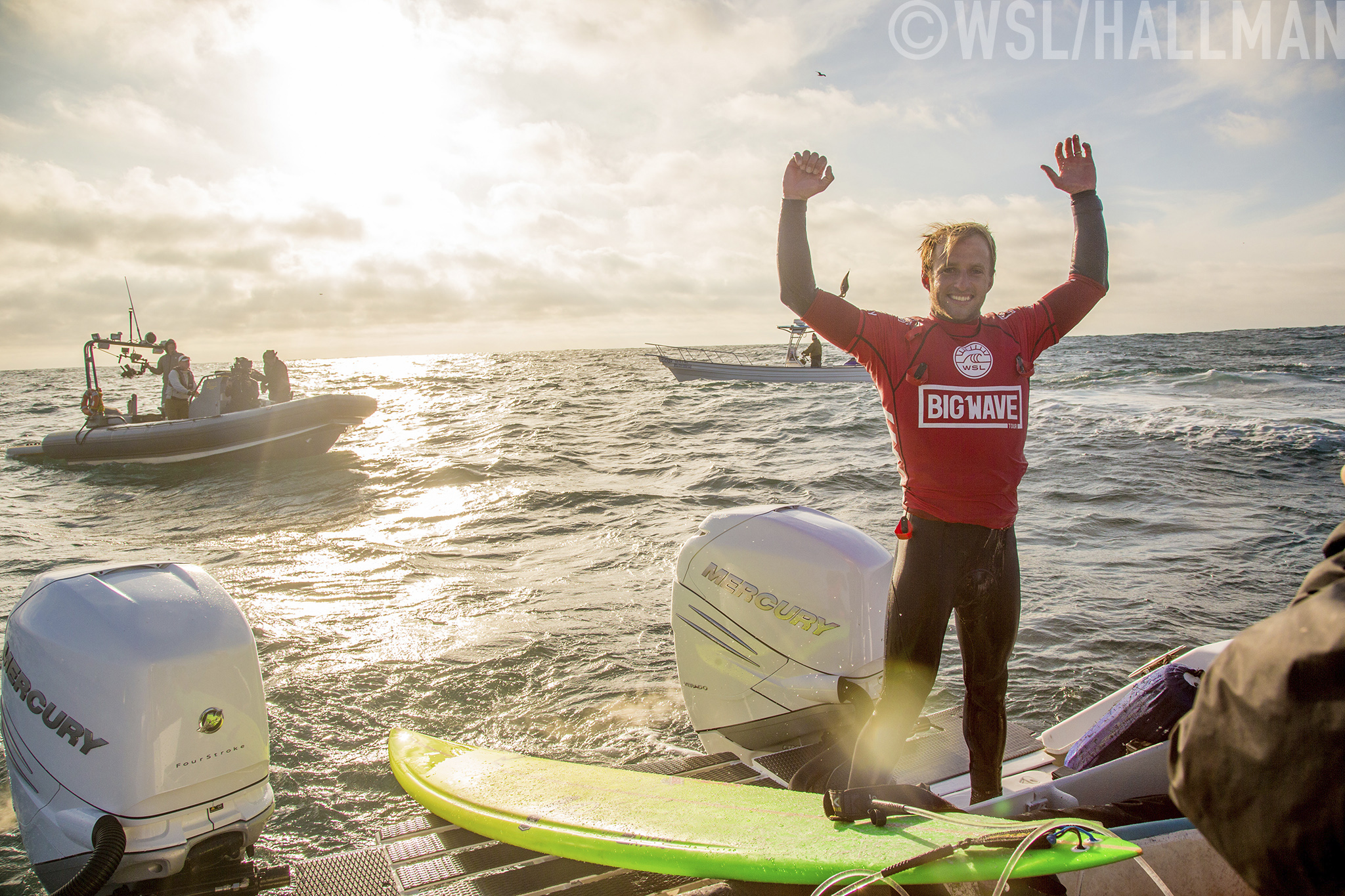 The third WSL Big Wave Tour (BWT) event to run in the 2015/2016 season, the Todos Santos Challenge attracted the marquee big wave surfers on the planet to the remote location of “Killers” off of Isla Todos Santos in Baja California. A solid West Northwest (WNW) swell tracking from north of the Hawaiian Islands delivered surf in the 30-to-40-foot-plus range today, building throughout the morning before climaxing for the six-man Final. 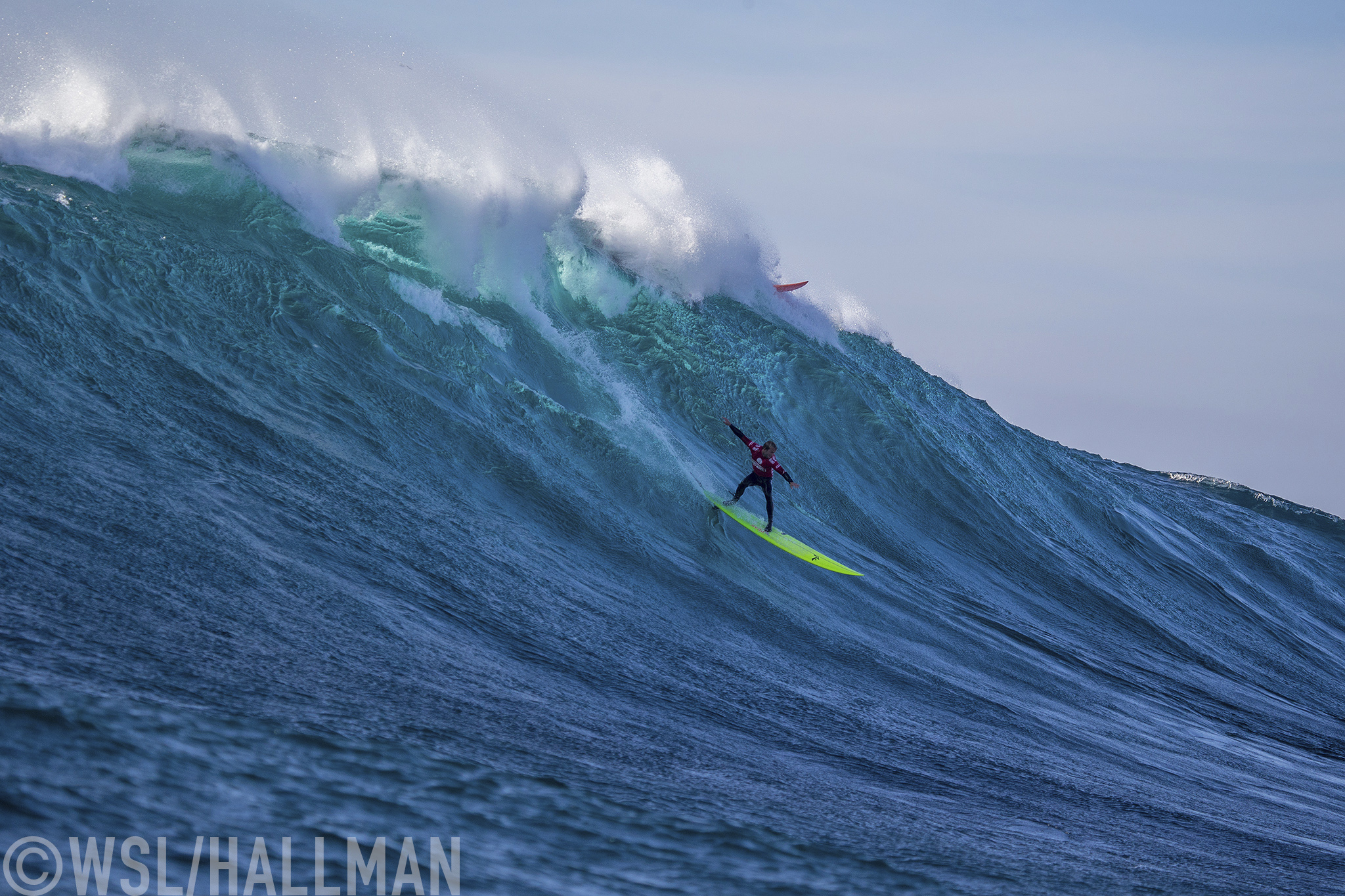 Kerr, who finished 11th on last year’s elite Championship Tour, put his big wave skills to the test today, resulting in one of the biggest wins of his career. Consistently navigating massive set waves from the opening round, Kerr opened the Final strong and stayed busy in this afternoon’s six-man bout, posting an impressive 7.87 and an 8.20 to collect his first Big Wave victory.

“I have so much respect for the guys on this tour and those that regularly commit themselves to surfing big waves,” Kerr said. “I have had the biggest smile on my face all day just getting to surf big waves with them. I’ve felt great all day and had complete confidence in my board. I’m really thankful for the opportunity to surf here today.” 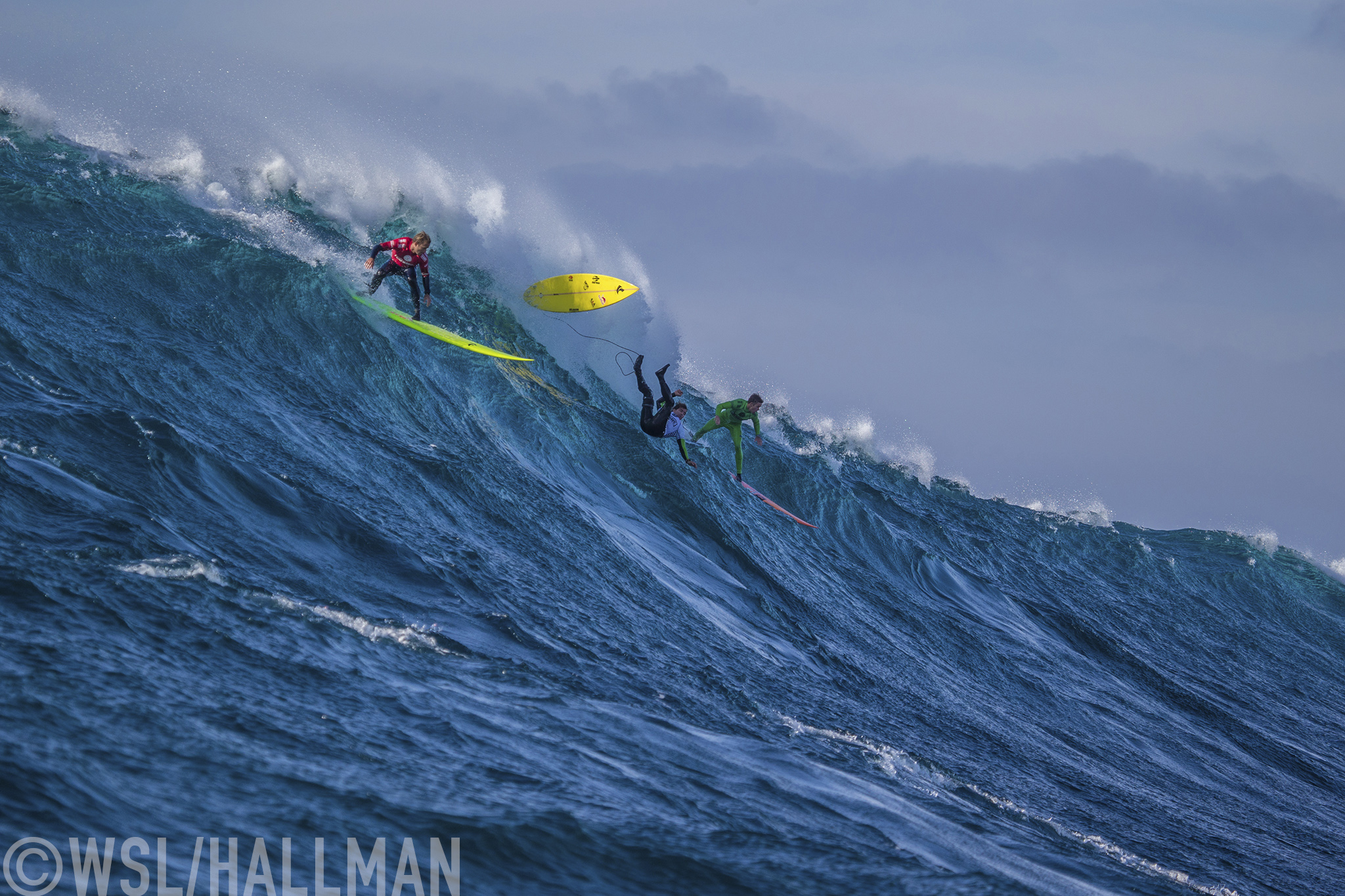 Kerr’s positive disposition in the face of today’s dangerous conditions was notable through his three heats as the Australian (now residing in the USA) consistently positioned himself critically in both the lineup and on the waves en route to his impressive win.

“The goal was to have fun,” Kerr said. “I’m going through the Green Card immigration process right now and had a one-day leave pass to come down here and do this event. I didn’t have any expectations and just wanted to surf the wave with all these guys. To walk away with a win – I feel like one of those dogs with his head out the car window, I was smiling the whole time I was paddling around in the Final.” 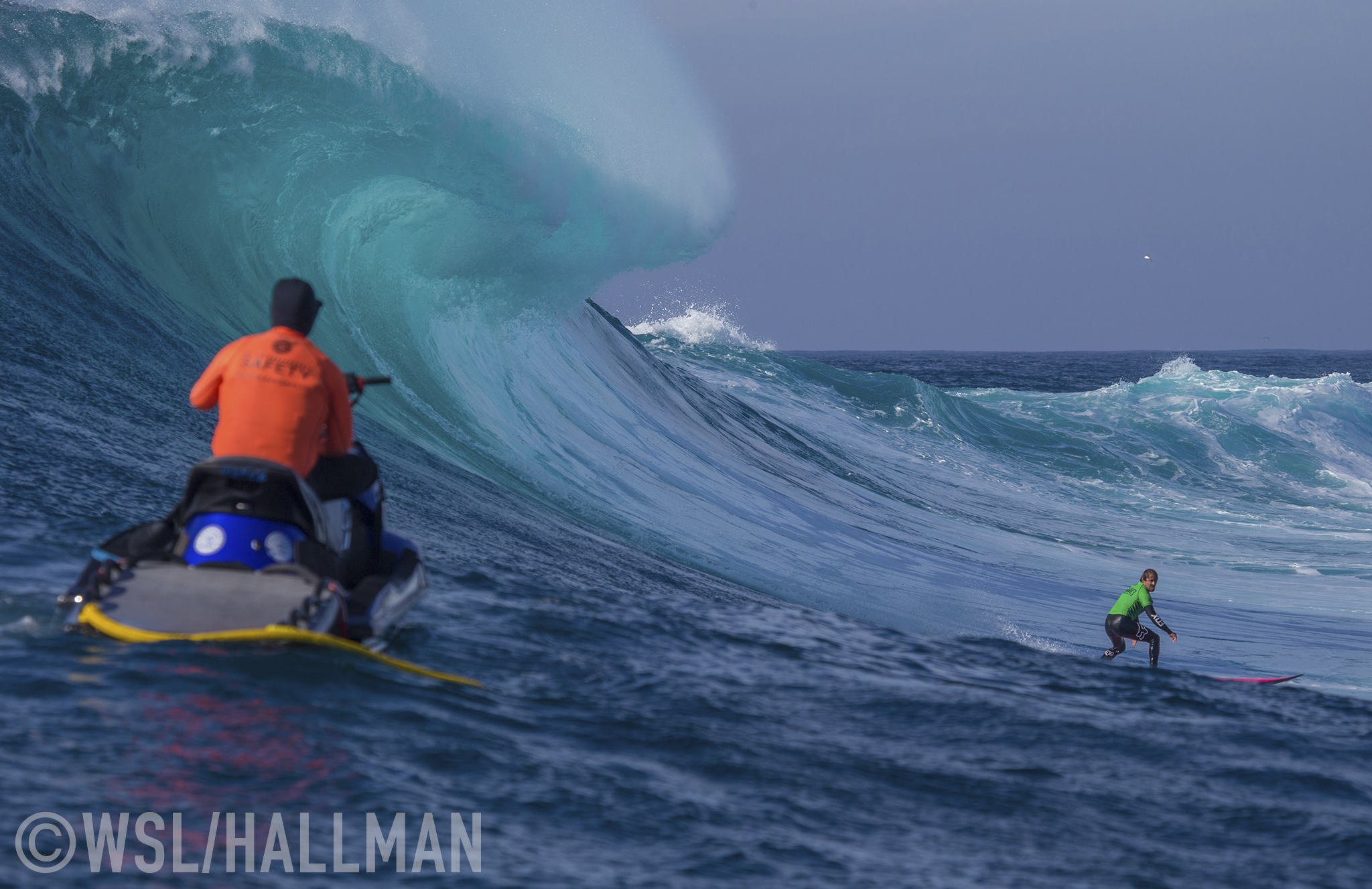 Long, a former Big Wave Tour Champion, was particularly impressive at Todos Santos today, putting his decades of experience at the venue to use and consistently netting high scores en route to his Runner-Up finish.

“It’s been a great day and I’m really happy that Todos turned on for the world to see,” Long said. “I’ve been coming here since I was 15 and it’s a very special wave for me. Unfortunate that the wind kicked up in the afternoon and I wasn’t able to find a second wave in the Final, but huge congrats to Josh (Kerr) who was charging all day.”

Today’s Runner-Up finish vaulted Long to the No. 1 spot on the WSL BWT rankings.

Billy Kemper (HAW), who entered the Todos Santos Challenge as the WSL BWT rankings’ frontrunner following an incendiary victory at the Pe’ahi Challenge on Maui in December, was in fine form in Mexico this morning but ultimately fell in his opening round bout to Long, Gudauskas and Hobgood. Kemper’s early exit saw him fall to 3rd on the BWT rankings.

Makuakai Rothman (HAW), reigning WSL BWT Champion and winner of the Quiksilver Ceremonial in Chile last May, was another to suffer an early elimination today in Mexico. Rothman, who entered the Todos Santos Challenge ranked No. 2 on the WSL BWT rankings, was eliminated in the final moments of his Semifinal bout to Kerr, Long and Berle.

Two events, the Oregon Challenge at Lincoln City’s Nelscott Reef and the Punta Galea Challenge in the Basque Region, remain on the 2015/2016 WSL BWT season with the potential to run, conditions permitting, before the February 28th close of the window.

Highlights from the Todos Santos Challenge are available at WorldSurfLeague.com 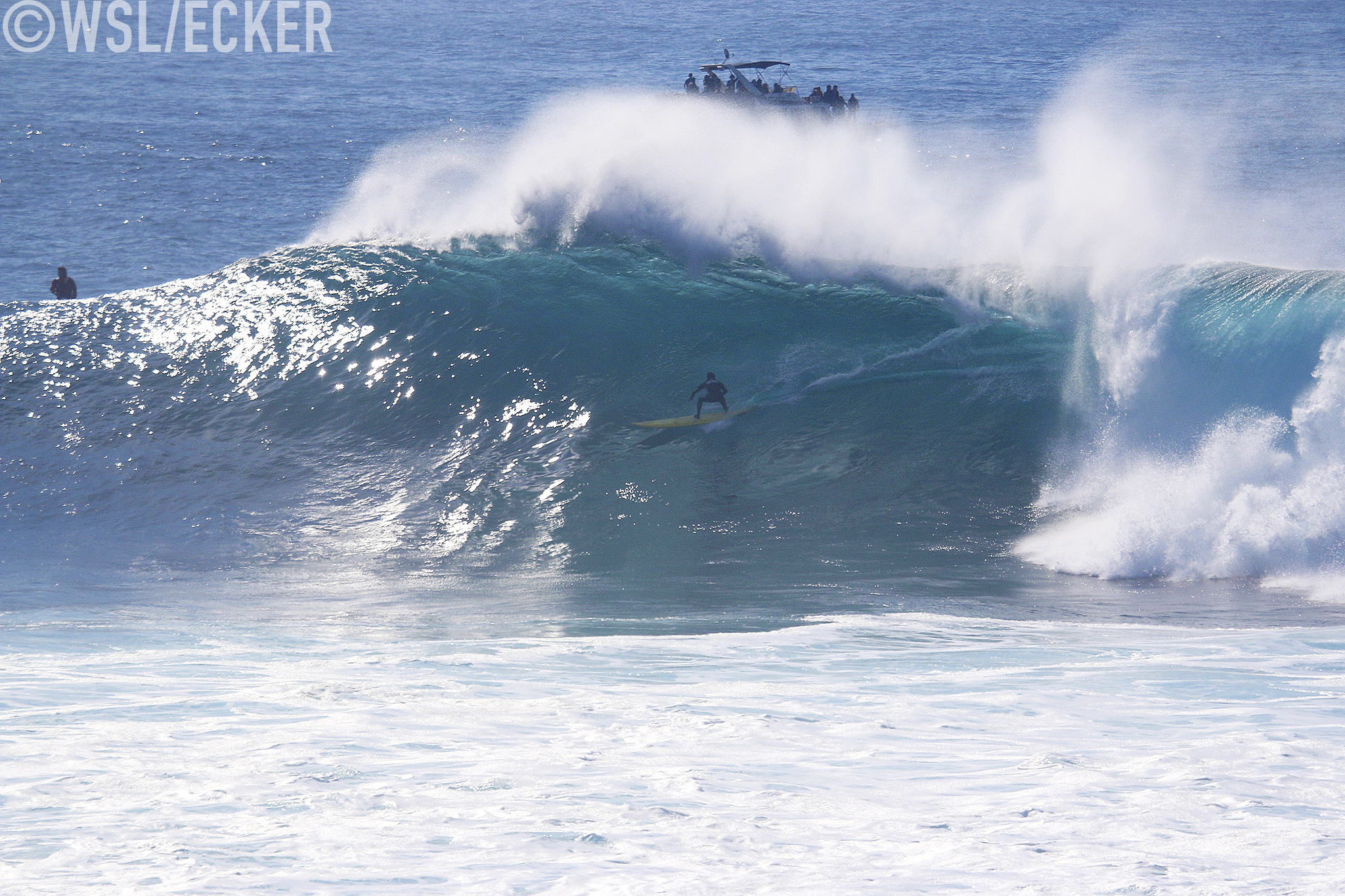 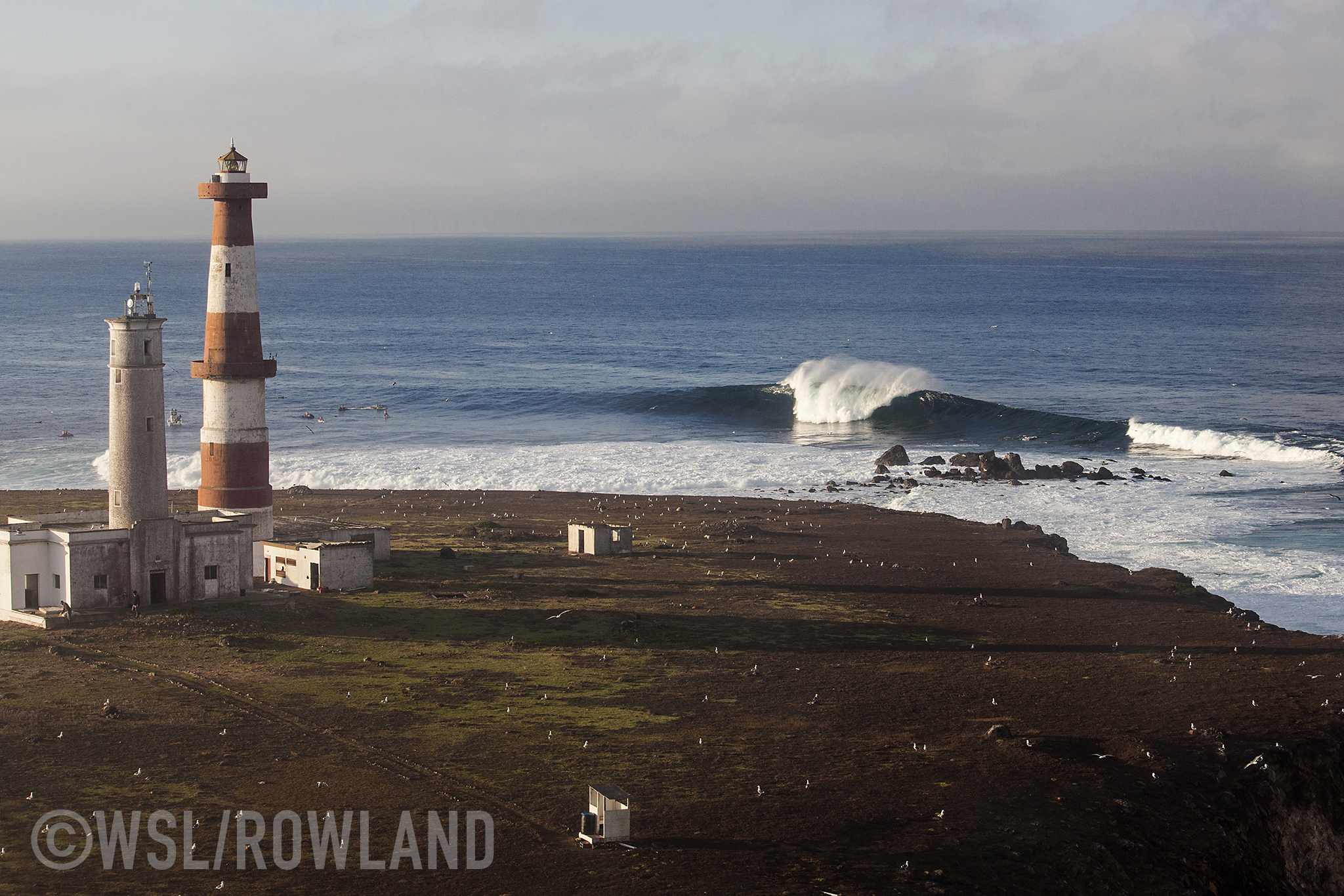