SURFBOARD VS FACE (BEWARE! IF YOU'RE SQUEAMISH) 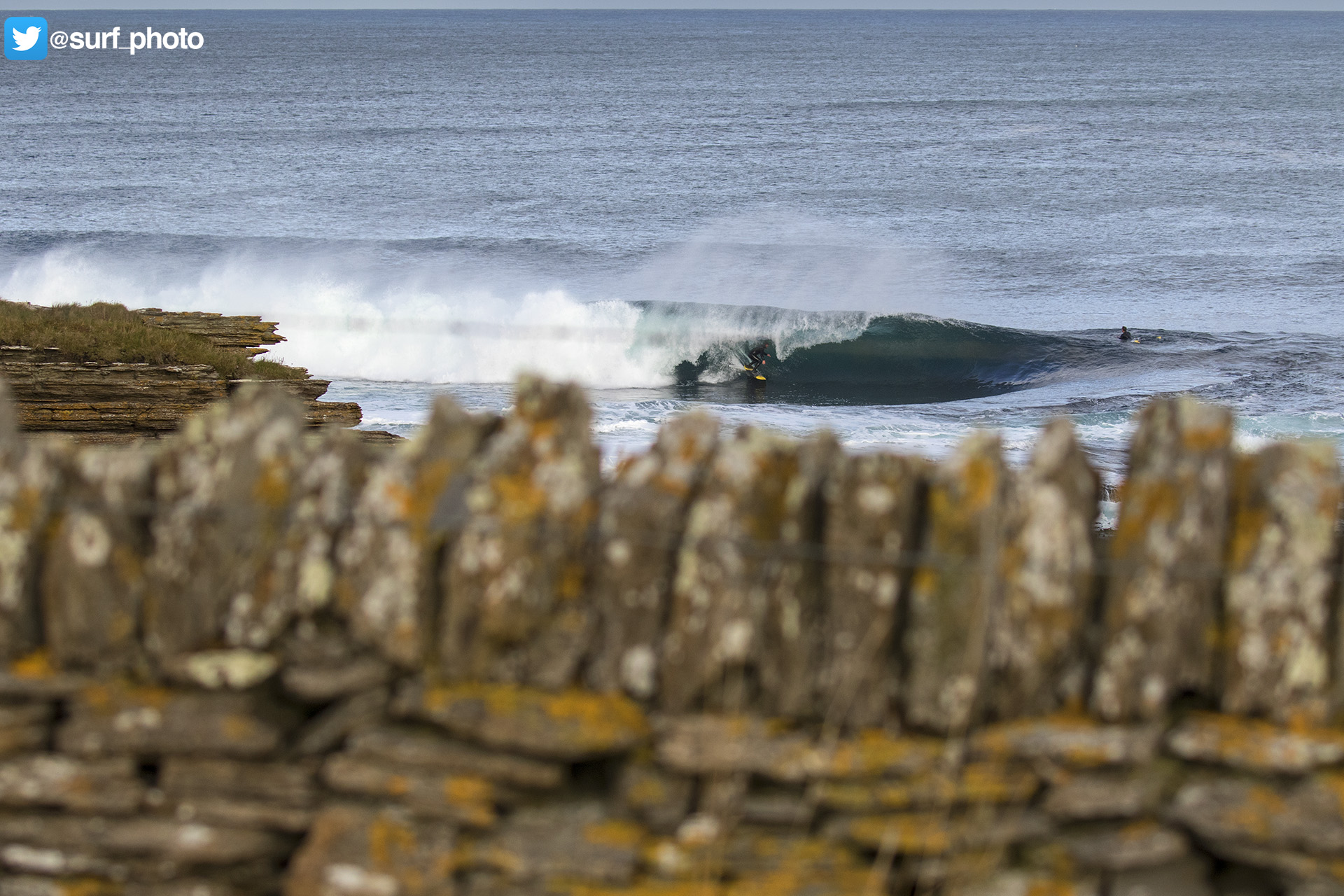 If you’ve spent any time in Thurso when it’s on you’ll have no doubt come across the genial gent that is Chris Clarke. He’s out at Thurso when it’s big, mean and cooking and until recently at the more surreptitious heavy spots by himself … Not any more.
I bumped into him on a remote cliff path as he was running back to his van to get his beaten up slab board, a dinged, noseless, wreck of a beast that has taken it’s fair share of lickings. Turns out he’s not allowed to surf the slabs by himself anymore by her indoors, and as some boogers had just ventured out he was switching reefs from a mellower one for the near dry death-box that was the author of his demise. The slab ban is for good reason, he’s now sporting a pirate worthy scar on his cheek that adds to his roguish charm. As shown below.

If you want to see what it looked like when fresh, and I repeat, it’s not for those who don’t like the sight of gore or consider themselves squeamish, then scroll to the bottom of the post… 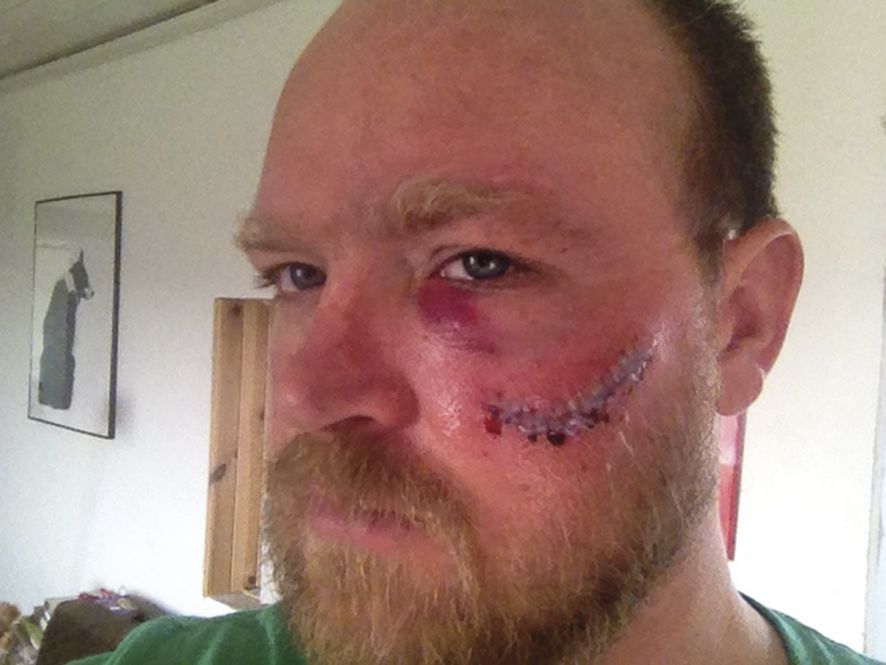 Simple question: what the hell happened?

Well, I was in the water it was fairly chunky and I had just pulled off a wave and had taken my time getting back on my board to paddle back out. So I wasn’t quite ready for the impact of the next set wave. I was just a bit relaxed about the whole thing to be fair and lost my board in the white water.
Then at some point in the rough and tumble me and the board apparently were travelling in opposite directions quite fast. Still not sure which bit got me, but it was a glancing blow, so maybe fins or nose. I could see blood clouding the water before even coming up for the first time … so I knew it was a proper cut.
At that point I was starting to worry that I had taken my eye out but did a quick vision check and could see the shore. I didn’t do the usual paddle back out and ask, ‘Are there any flappy bits?’
I just bolted for the car park where Hamper and Micah were about to get changed and asked the obvious question:
‘So who’s taking me to hospital?’
Hamper’s face was a picture. He went a bit white as he jumped in the driver’s seat and Micah held the towel on to staunch the flow. It was pretty funny as it turns out Hamps doesn’t like blood so much. So the boys took me off to Thurso hospital, they did not want anything to do with it, so they kindly gave me an ambulance ride over to Wick hospital for a few hours until they decided they would not do it either. So I was away down the road for two hours to the glittering metropolis that is Inverness.
Once there an ace doctor, she was actually a dental surgeon, was expecting to have to knock me out and I’d have to stay in over night. In the end it was pretty simple.
She asked, ‘How squeamish are you?’
I said, ‘Not so much.’
So she just got on with cleaning it, picking all the fibreglass bits out and stitching it all back together. Dental surgeons have the best stitching skills it turns out. I got the nurse to take the open wound photo because she said you could see the top of my cheek bone which shows how close it was to my eye. The doctor got it all stitched back up super quick, 15 of the blighters, and I even managed to blag a lift back up the road with the ambulance that took me down there!

How did the good lady take it?

I rang the wife, who was only home three weeks after having our daughter, from the ambulance to tell her I was off to get some stitches and probably was not going to be home that night and that it was not that bad so don’t worry … But then Neil rang her in a panic to try and find out what happened having heard rumours of carnage, then Hamper came round to see her to prep her for the worst I think … ha ha! He showed her a photo of the gash at which point she rang me kind of sarcastically saying, ‘Only a small cut eh? you bloody idiot. Oh well at least you don’t rely on your looks for your livelihood,’ thankfully Helen is not one for freaking out and as a horse rider herself knows that everybody pays their dues from time to time.

A couple of things I have taken from this are not to surf by myself anymore … and to hang on to my board like I mean it. I would also point out that although this was my own board people need to remember their own board when in the line up. Already this year there have been a number of incidents of tourists being in the wrong place inside at Thurso and a few board to body collisions. It doesn’t take a whole lot to do some proper damage so hang on to your boards and get out the way if someone is on a wave and don’t ditch just paddle for the white water man up and take it. So if someone gets mad because you’re floundering on the inside maybe it’s because they’re a bit scared of what can happen.

First featured as Clarkey Capped (a rather obscure Brasseye ref) in Carve issue 166. 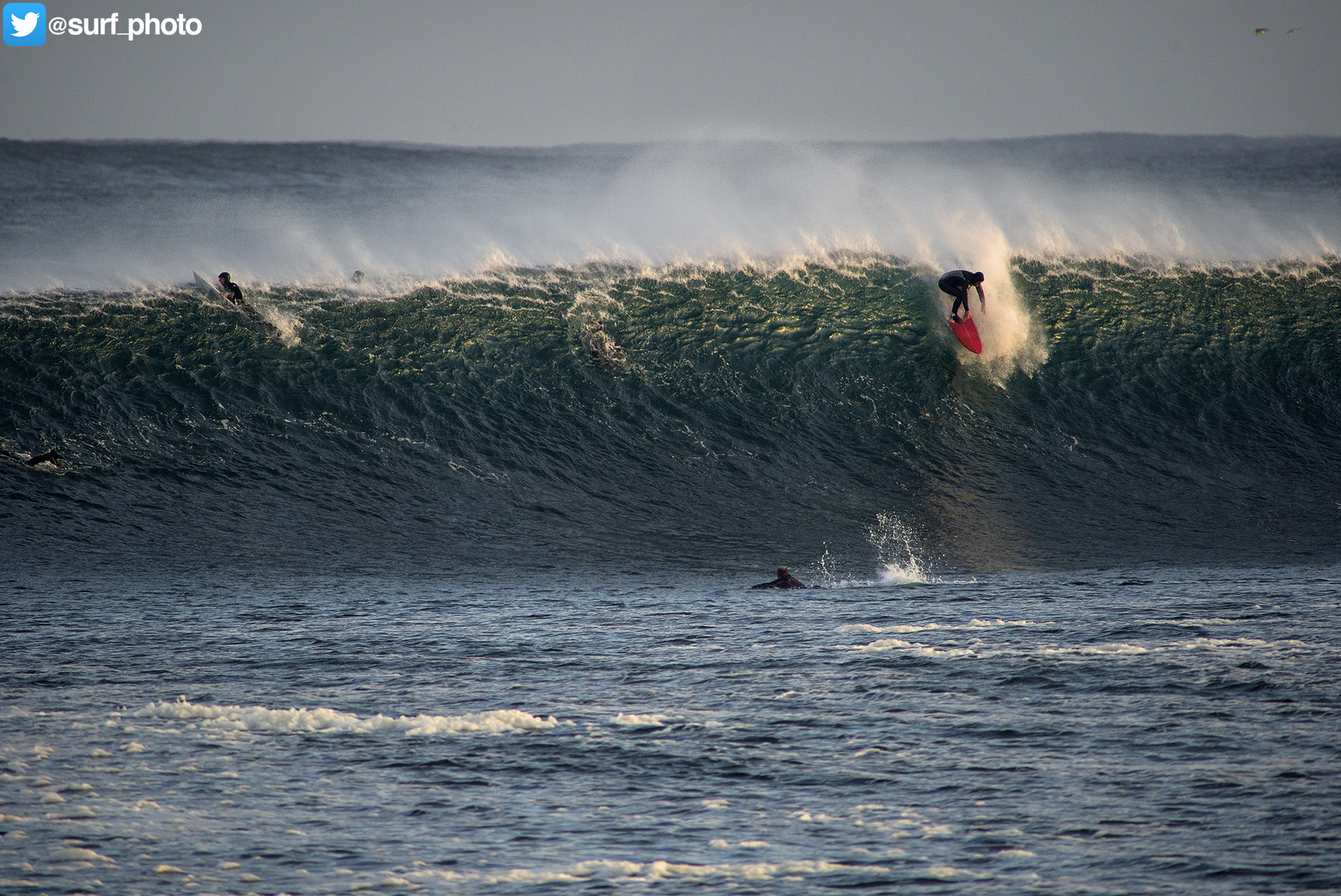 ARE YOU SURE YOU WANT TO SEE THIS?

DON’T SAY WE DIDN’T WARN YOU… 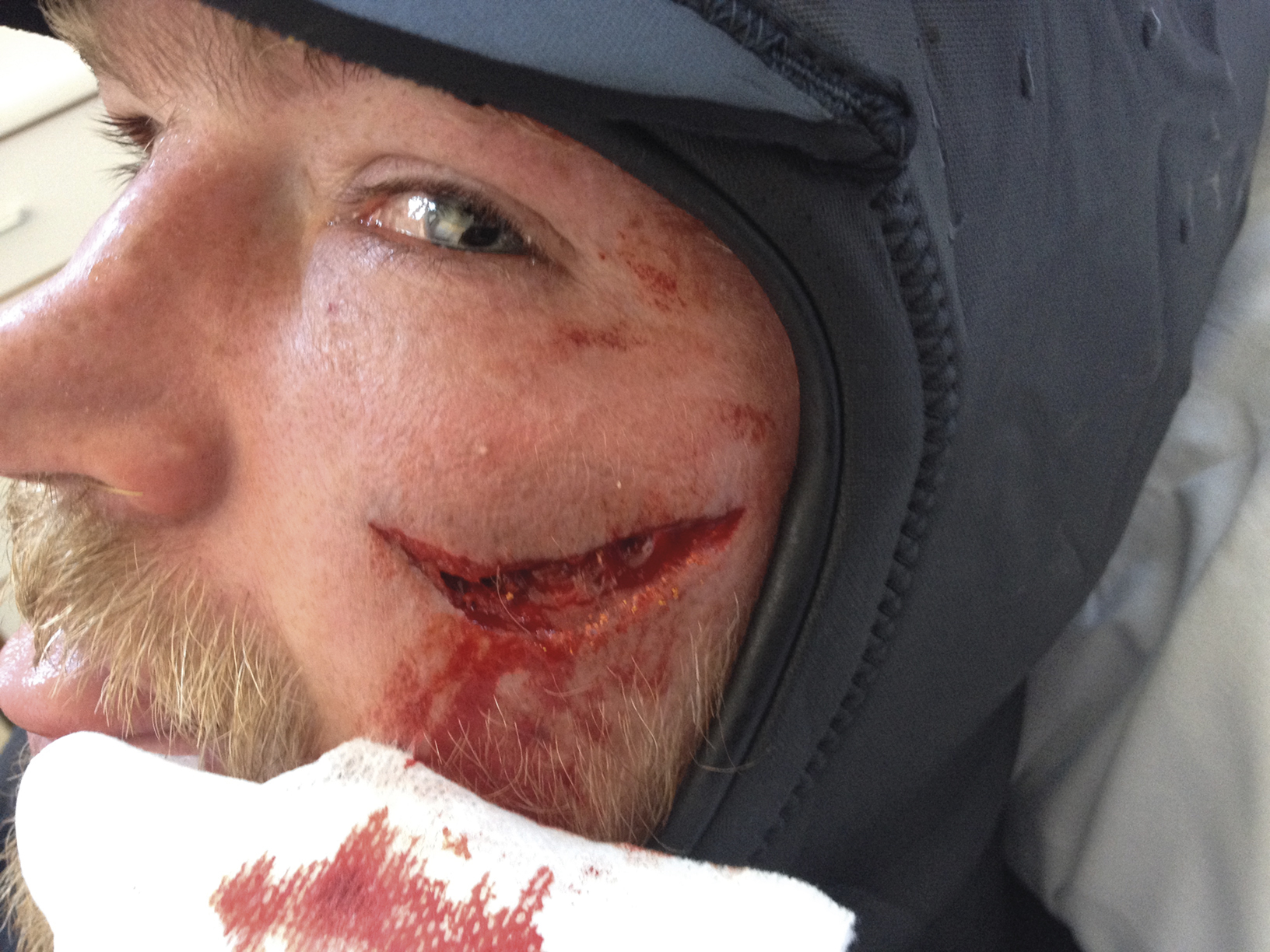 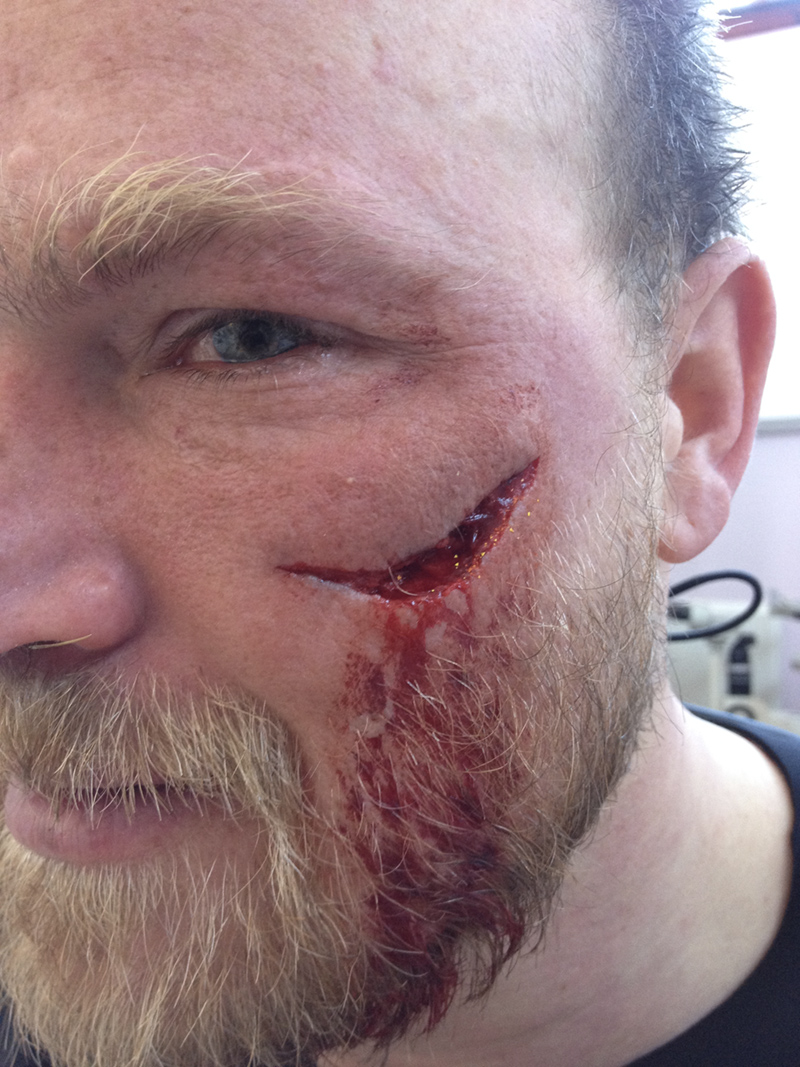 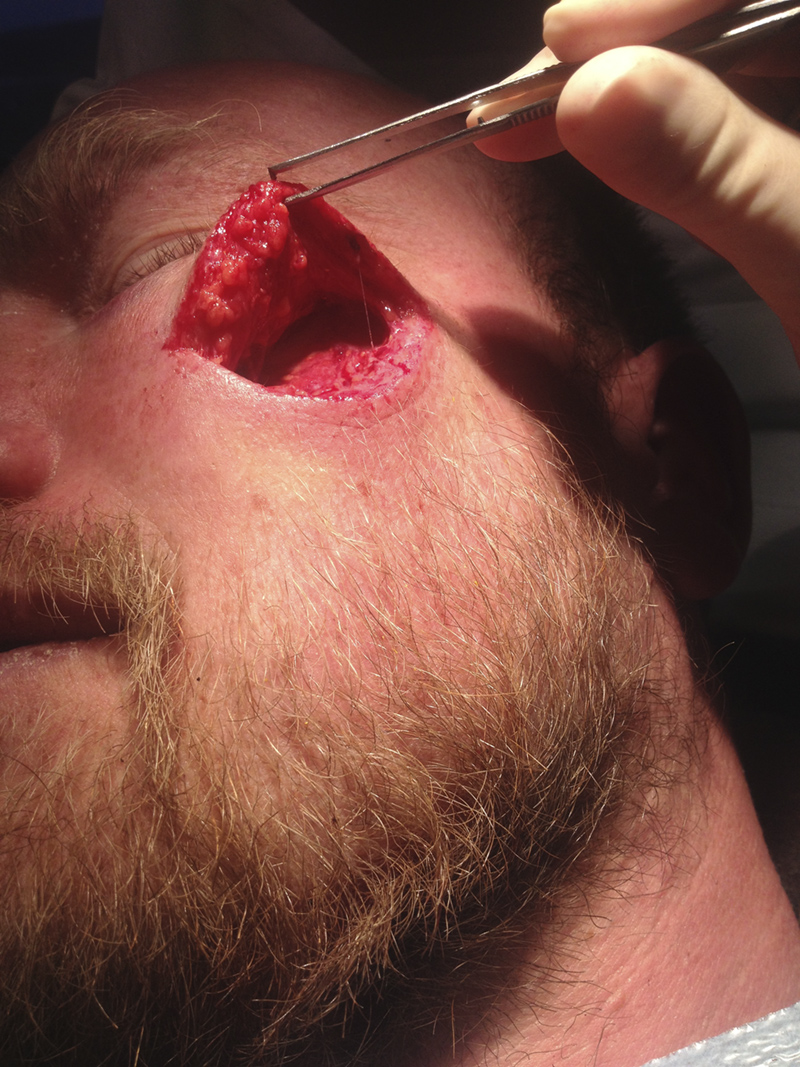