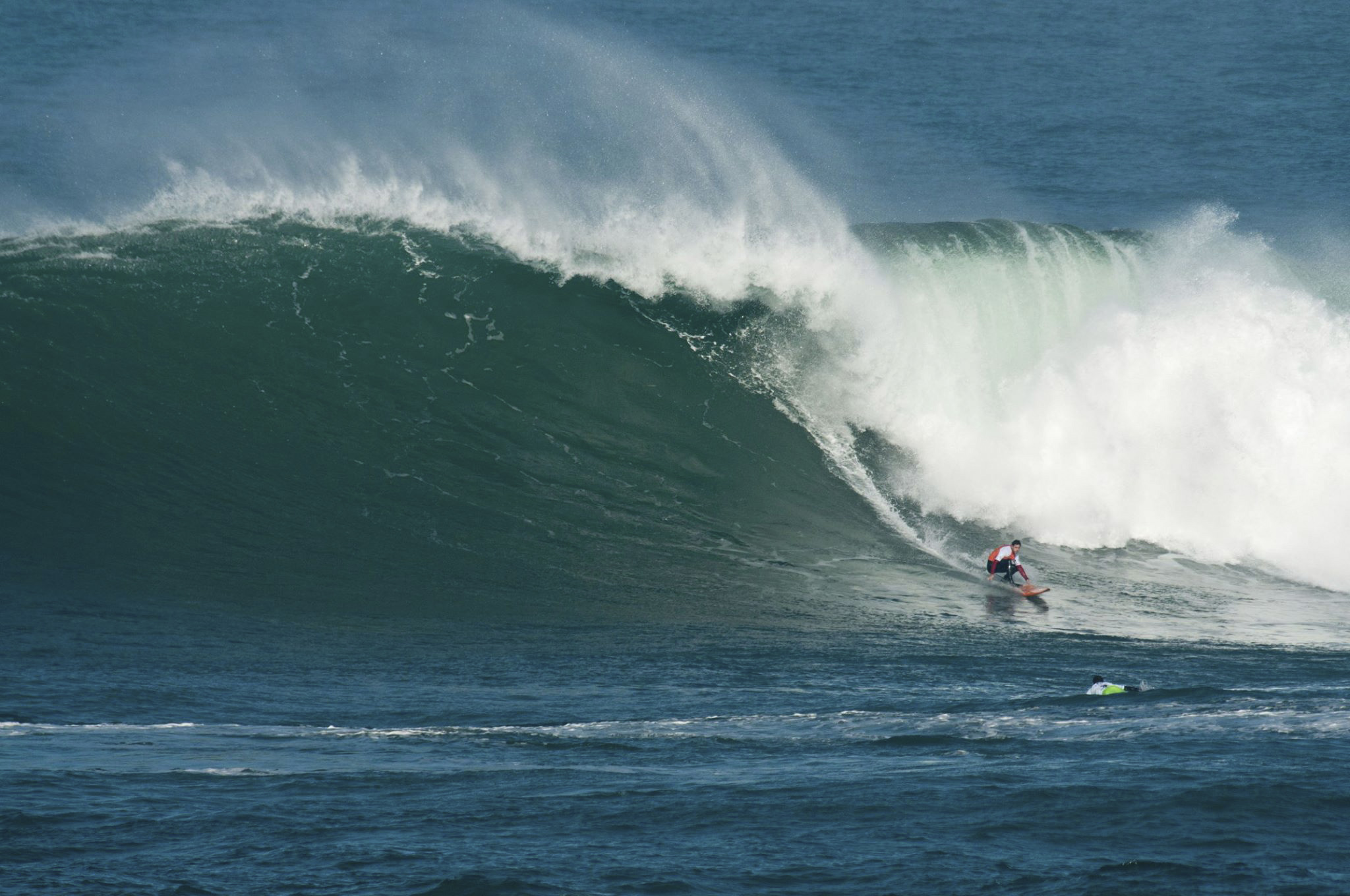 Super Sunday wasn’t all about Pe’Ahi, La Vaca Gigante (literally Big Cow) was going off in Spain. Tom Butler made the final and nailed 2nd place in the event. Sharpy caught up with him somewhere in the middle of Spain. (Tom’s new edit will also be dropping on carvemag later today).

What the hell you doing in Spain?

I got the call Wednesday evening from Jesus, the La Vaca big wave event organiser, he’s a pro poker player during the day, he’s the guy that set up the comp. It’s not been run for four years as conditions haven’t been right. It went off big style this year, 15-18 foot or so. It took us two days to drive down from Ireland, got here 5am Saturday morning. Split the drive with my manager Matt.
We met the guys Saturday lunchtime and had a warm up surf in a few shifty ten-footers. Good to get some time out there.
Come the comp day I was in heat four so got plenty of time to prepare and figure out how the place works. 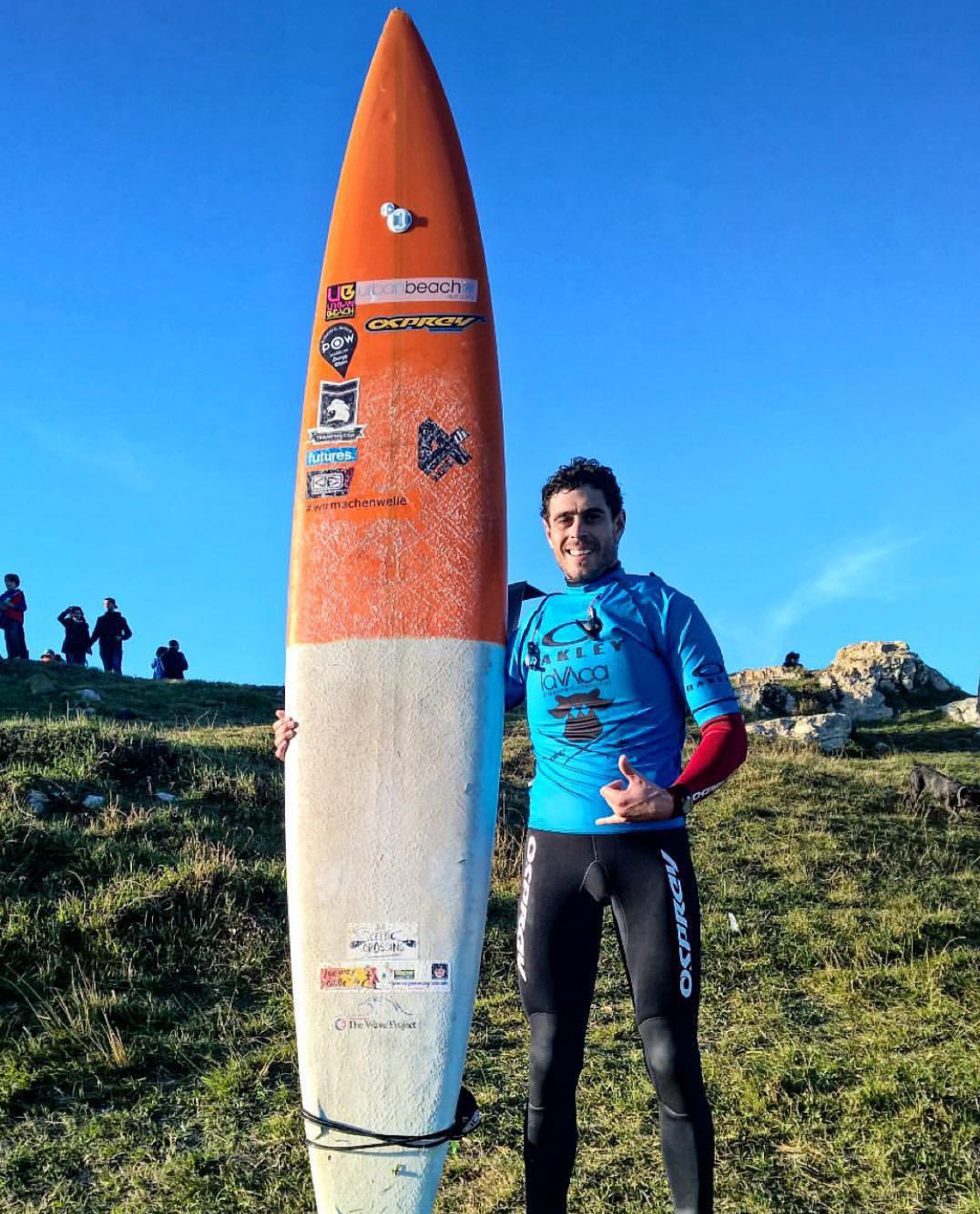 Yes, so was good to get in before the event. It’s a peak about a km out to sea and the right is the main wave. It’s a bit like El Buey, a big drop then you get a section to do a few turns. If you go left you’re going towards the rocks, you’ve got to kick out and get back out real fast. I got pretty close to the rocks during the final, it’s pretty sketchy. There’s a lot of water moving out there too. It’s on a slab and changes a lot with the tide. 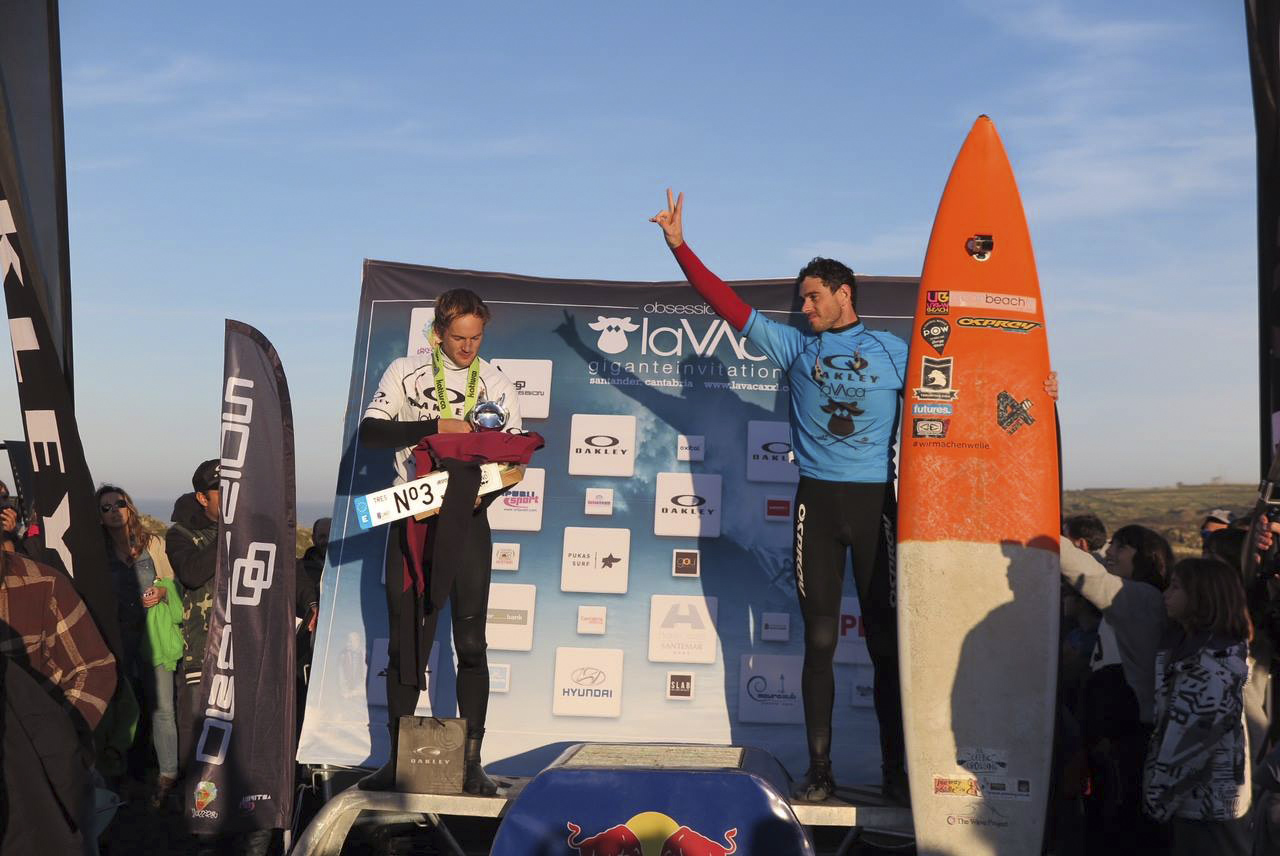 Was a bit hard to figure out what was going on from the Spanish webcast?

Yeah a pity the webcast was only in Spanish but they plan to make it better next year so it’s easier for people around the world to tune in. The police reckoned there were 12,000 people lining the cliffs. Pretty mental.

How was the sharp end of the event?

I went from the second semi straight into the final, so was in the channel for half an hour with no refreshments before going straight back in to it. It’s a long paddle so no point coming back in. My first wave was a huge left, biggest wave of the final, I’ve not seen it yet but it felt solid, came off the bottom and it ran loads. I got smashed on the end section as I tried to pull in. Then I got nailed by the next four waves in the set. The ski finally got to me and gave me a lift back to the keyhole and Matt was there wading in his jeans with my spare 10’6”. Then I had to make the paddle back out through the shorebreak and get a lift near to the peak. Only one wave was caught in the last ten minutes of the final so I didn’t miss many.

Congrats to Alex Zirke from the Canaries, from Tenerife, he won the thing.

Heading down to Nazaré right now, it’s looking massive for the week. It’s going to be huge and good winds so straight into it.

Just what you want after driving through the night!

Got to get it while the going’s good haven’t you Sharpy! We’re filming a big wave web series through the winter so it’s all good. Been a good season so far. How was Jaws??? Mental. Amazing too watch the production level live. If something goes wrong it goes wrong in front of the world. Guys were charging so hard.

Get some coffee in you and drive safe.

Cheers, sweet. I’ll be in touch!