The Smoking Gun … Or How To Claim 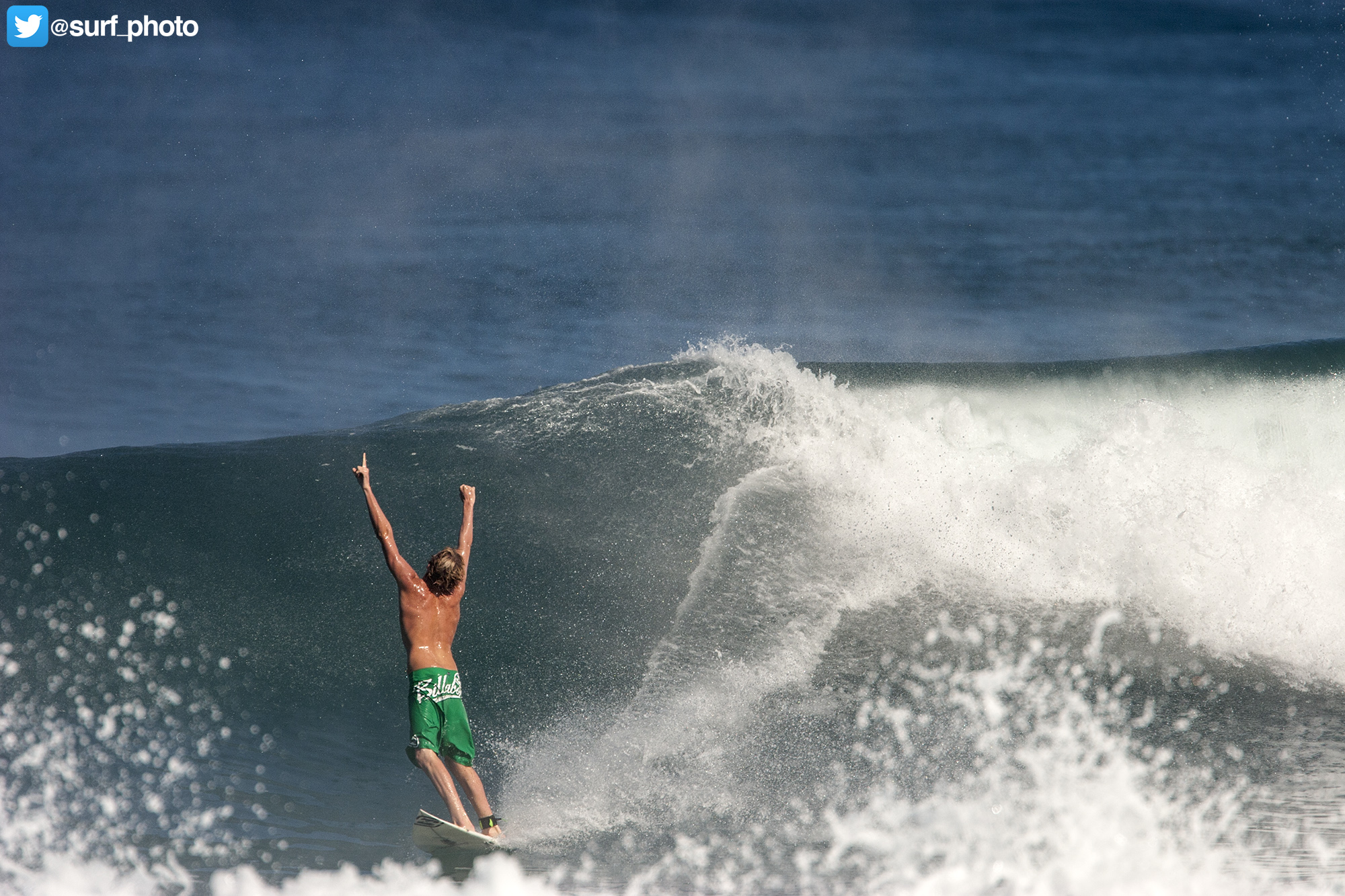 Claiming. It’s a natural thing, you get a good wave and you want to celebrate. It’s your surfing, there aren’t any rules, so why should anybody to turn their noses up at a little bit of good old fashioned self-love?
Remember when you first started? The first time you got to your feet properly. That first occasion when you trimmed across a green wave. The first time you did a little turn and threw a few inches of spray. Bet you threw a mini-fist-pump didn’t you? Maybe an ickle hoot as well? First time you got tubed, that would have been a definite air punch and primal yowl. It’s unavoidable. Those memories will be burned in your grey matter indelibly.

Bet you don’t remember when you became ashamed of the claim. When you got the feeling that celebrating a good wave wasn’t the done thing anymore. The quiet, emotion and fun free line-up is a dull line-up. There’s far too much sneering and what not in the modern world. We are all free to do what the hell we like. We need more hooting in the line-up to celebrate each others best in session waves.

So here’s a little guide to some basic claims, just so you know, for if and when you make a wave that’s wave of the year that needs a little bit of recognition. Of course part of the fun of claiming is being inventive. These are just the starting points. Some are subtle, some not so, we trust you’ll know when to use them appropriately…

The Single Fist Pump
What it says on the tin, punch the air vertically with one fist for your standard claim. Almost genetically unavoidable when you come out of your first ever barrel.

The Slingback
A development of the single pump, instead of pumping the air swing your hand out and across your body as if you were skimming a stone. Can be fitted in between exiting a tube and your next hack. It’s a subtle one. A personal claim not an out there expression of rippingness.

The Double Fist
A simple progression from the single pump. Claim it like it’s hot. A nice combo gaining currency is the single to double, easy and expressive, for Laurie Towner style Backdoor bomb of the season style do a single to double pump … twice.

Mini-Fist-Pump
In the 9-to-5 workaday surf world the only legitimate claim for an excellent ride is the low, barely discernible mini fist pump, performed subtly at waist level, with no more that an inch of pump.

The Fade
If riding good tubes the ‘off the back fade’ is a form of claim. On exiting the tube fade over the back of the wave so everyone that was watching can see you made it, and yes you just made a great tube, a big smile helps right here, do not jump off or go prone on your board. Ride until the board stops and gentle submerges but maintain your stance. Sink gracefully up to your neck, this lets the crew out back really know that you’re letting that great tube you just got sink into your memory, then playfully let the board pop free. A freewheeling classic. Machado is the man for this one.

The Crotch Grab
Reserved for howling, eight-foot plus, no-grab, backhand tubes a la Bruce at Teahupoo. Doesn’t work as well in a wetty as it does in boardies. A good basic barrel exit claim, as it doesn’t throw you off balance and requires little hand / eye coordination. You may well feel better as well. Double crotch grabs are considered a bit much.

The JBG
Popularised by Pipe legend Johnny Boy Gomez this mildly offensive gesture is brutal and to the point, much like Pipe. Place one arm across your body and violently jerk your other arm up wrapping the elbow around the prostrate arm.

The Zombie
Self-explanatory. Do your best Shaun of the Dead undead impression.

The Ain’t No Thing
Exit your tube and casually brush your shoulder with your hand as if removing a solitary piece of fluff from a bespoke Italian suit. Dismissive is the tone you need, because you pull this kind of shit all the time.

The Point and Stare
For the media obsessed surfer. On completion of your deep tube fix the cameras on the beach with your Blue Steel stare and point accusingly. Conveying, as well as possible using the medium of mime, did you get it punks? Huh? Did you get me ripping to the max?

The Papal Blessing
Raise both hands to shoulder height pontiff style and gently gesticulate like an eighty-year old pope blessing his massive flock.

The Queenie
Wave like our Lizzie. A small, rotating, wave to the applauding crowd on the beach.

The Premier League
Pull the front of your rashy or oh-so-cool white T-shirt over your head, overpaid football dude style. Do not attempt in crowded environs, as you’ll run some poor sod over. Or in tricky reefs as you may end up minus some fins/skin.
Doesn’t work in a) wetsuits or b) if you are rocking an open button up shirt in super hipster style.

The Shooter McGavin
The classic, the all time claim of claims, reserved solely for literally the best wave of your life. Inspired by the movie classic, Happy Gilmore, the Shooter is a tricky claim requiring a high degree of coordination.
First make your hands into guns, playground style, then whip those suckers out of their holsters quick smart, firing two quick rounds into your imaginary foe.
Now you’ve slain the beast the coup de grace is the finale- slowly and deliberately blowing the imaginary smoke from your smoking guns one after the other … Timeless.

So there you go. The basics. Just remember to claim responsibly. We aren’t WSL pros trying to hoax an extra half point from the judging panel… 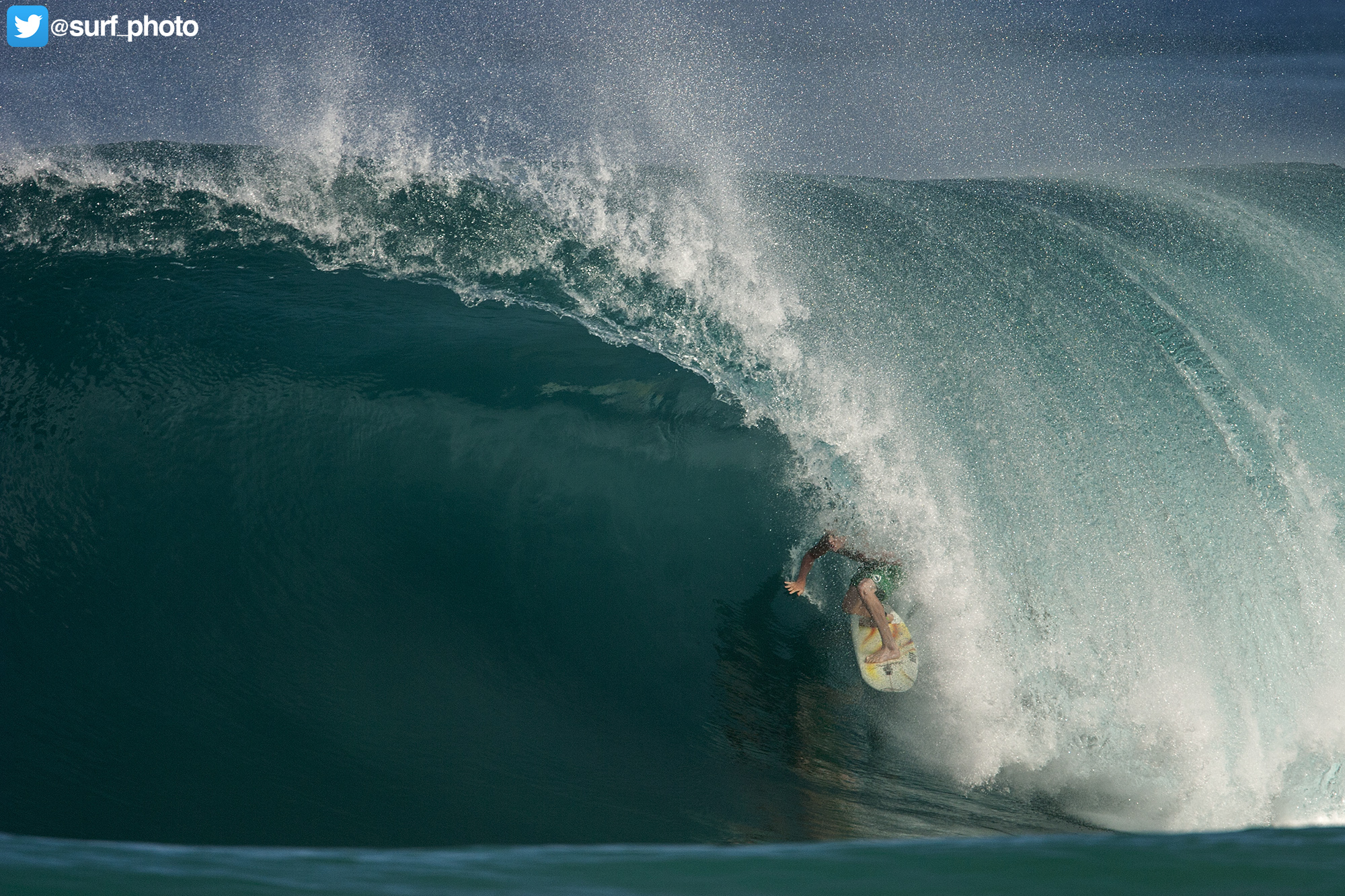