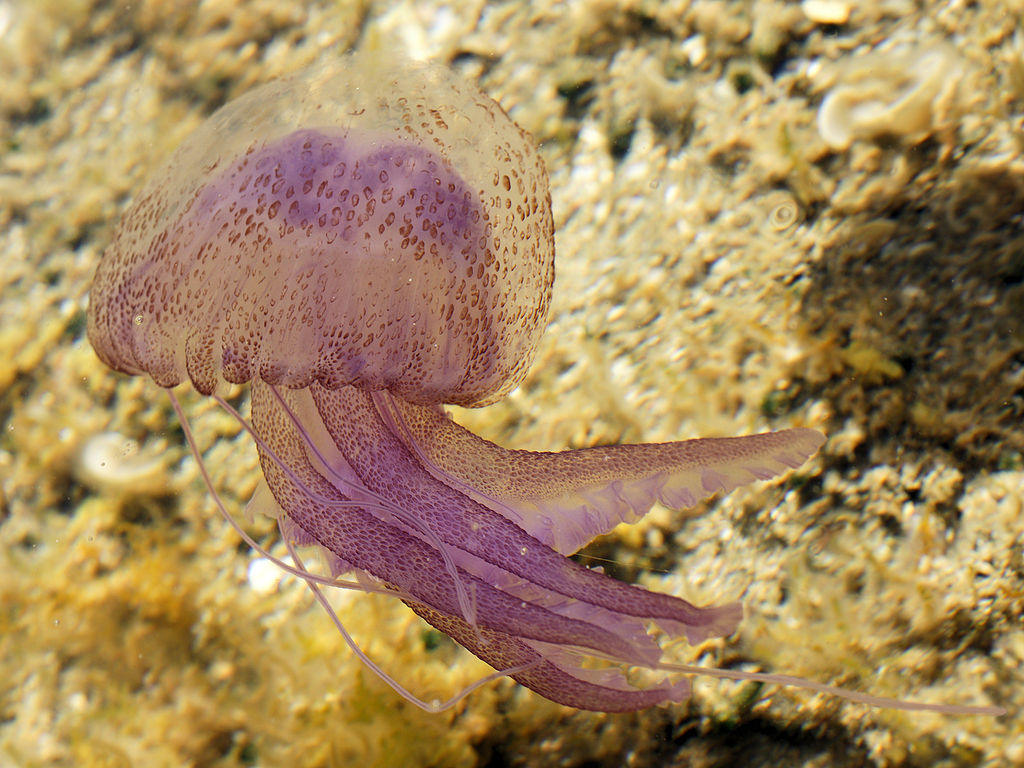 Reports are coming in that thousands of sting jelly fish have washed up on Newquay beaches, and potentially elsewhere on the Cornish coast line. The Mauve Stingers have come ashore on Lusty Glaze, Tolcarne, Great Western, Towan and Little Fistral. They can sting.

Blue Reef Aquarium has warned people not to touch them. Apparently the best protection is sunscreen as the venom can not penetrate the skin after application.

“The mauve stinger definitely lives up to its name and can cause quite painful reactions if you accidentally come into contact with their tentacles which are covered with toxic cells, said Blue Reef’s Steve Matchett.

“They use them to capture and incapacitate their prey and also as a means of defence. However the cells will continue to function even after the jellyfish has died and so we strongly recommend people do not touch or attempt to move them.

“If you are stung by a mauve stinger it is recommended not to rub the affected area and, if possible, to pour vinegar on to the sting. If this is not available seawater will help to ease the discomfort.

“Due to the potential allergic reaction to being stung it is advised to seek medical treatment immediately if the symptons worsen,” he added.

According to the official guide to jellyfish species in European waters the mauve stingers’ cells have a very active toxin that produces a burning sensation, intense pain, inflammation and red skin rashes.

The sting results in hives and oedema, as well as vesicles, blisters and scabs that may persist.

Other symptoms, however rare, include nausea, vomiting, muscle cramps and breathing disorders.

Pelagia noctiluca gets its Latin name from its ability to bioluminesce, or produce light at night. Light is given off in the form of flashes when the medusa is stimulated by turbulence created by waves or a ship’s motion.