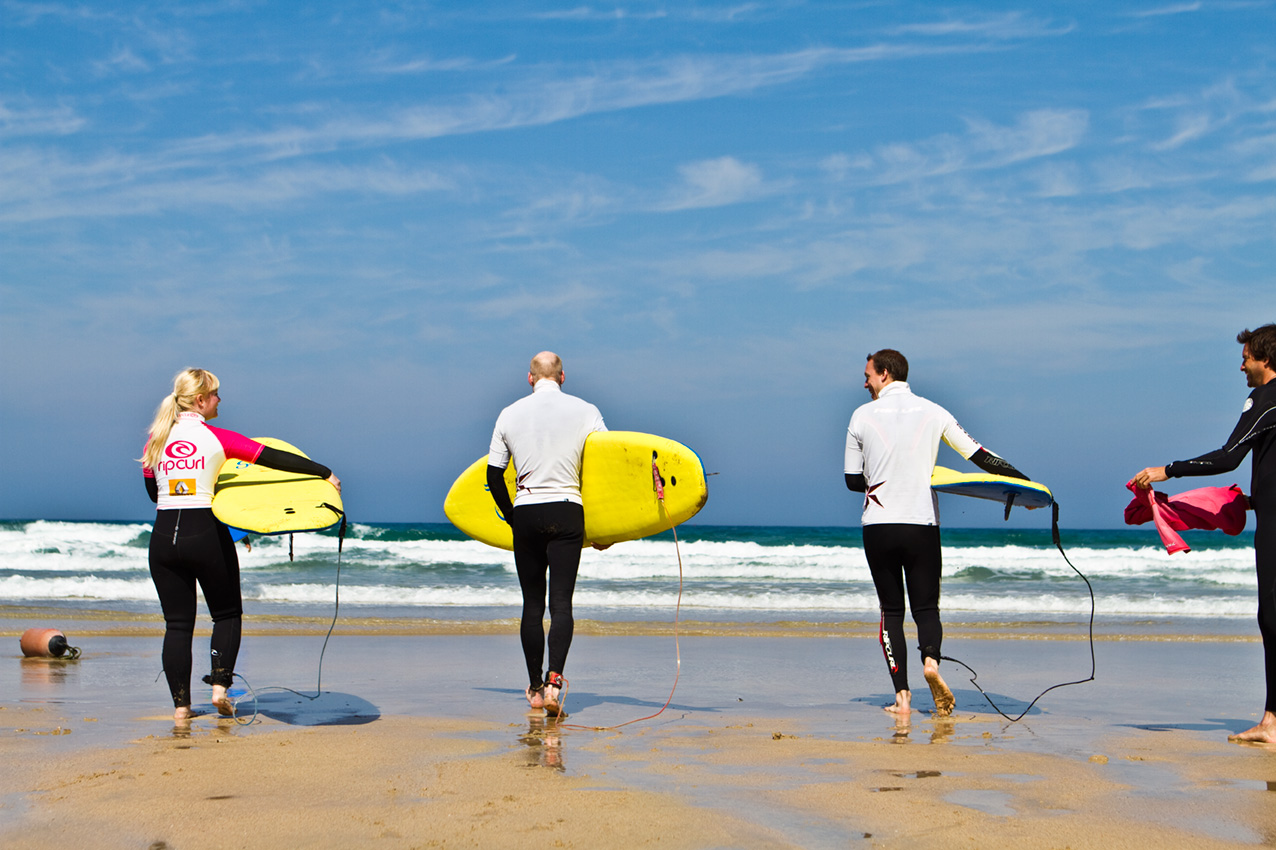 Surfing GB has blasted the scheme saying it is “Not fit for purpose” will “detrimentally effect safety on our beaches”, is “factually incorrect” “misguided opinions of individual councillors” “Worrying reflection of the incapable and disconnected leadership” and represents ‘Gross misconduct and miseducation from councillors“.

The Federation of Small Businesses in Cornwall said “We do not feel that the majority of points raised have been given any credence.”

CCC said the licensing scheme was needed to provide council revenue and ensure safety levels were being met across 13 council-owned beaches.

Surf schools are up in arms saying it could out them out of business. Sam Roberts, from Atlantic Pursuits in Bude, said it is “purely about making money and have nothing to do with beach safety at all”.

Chris Rea, of Harlyn Surf School, said: “The council have based their revenue figures on the premise that all surf schools will pay and that isn’t going to happen.”

Nigel Pearce, council member for Bude, is quoted as saying then system is “too bureaucratic” and would cost more to administer than the expected revenue of up to £35,000 a year.

John Pollard, leader of Cornwall Council, said businesses making a profit on council-owned land should make a contribution to the authority and ensure businesses were “appropriately insured and trained”.

Critics of the scheme say that surf schools are already insured, assessed and trained through Surfing GB – the countries national governing body in surfing. The surf schools also offer valuable safety advice to those wishing to take up the sport and are a much preferred and safer option than tourists just hiring boards, which causes lifeguards a lot of rescue and patrol time.

There are also huge questions over the Council lack of action on South West Waters pollution of Cornish beaches by it’s CSO’s. This summer alone Godrevy has had nine spills, Fistral 10 spills with some beaches closed as a result and surf schools losing valuable summer trade. One surf school has to turn away clients on 13 days in August due to poor water quality.

‘Presumably the council would increase it’s responsibility for making sure all it’s beaches remain open all of the time to enable trading. So tackling pollution threats, and employing extra lifeguards when conditions are rough so we don’t get red flagged?” said one surf school instructor.

‘If not then I think it is fair enough the Council compensate us for business days lost. After all they have admitted safety on beaches and the business conducted on them is their responsibility. They have our clients safety at heart?”

Ann Vandermeulen, Development Manager for the Federation of Small Businesses in Cornwall said;
“The whole lengthy process has been incredibly frustrating and does not set a good precedent for the inevitable future introduction of licences in all kinds of sectors where the Council may wish to raise funds off the back of businesses to plug holes in its revenue.

‘Disappointingly, despite expressing all of the same concerns as the surf schools and being labelled as a “consultee”, we do not feel that the majority of points raised have been given any credence at all. We have huge sympathy for the businesses who in already difficult times have been battling poor weather, major water quality issues and rising costs. As we see it, the Council have now only succeeded in giving them an additional burden to endure.

‘Many questions remain unanswered and we have yet to be reassured how such a scheme makes any practical sense.”

“The council has stated that the licence is an ‘Income Generation Measure’ with a purpose of safety. Our issue lies not with the income aspect, but lies deeply within safety.

Surfing GB operates a National Surf School accreditation program with our focus as a scheme and as an organisation solely on SAFETY, we do this by working with Surf Schools and accrediting them and using our vast experience and expertise in Surfing to benefit others and the industry. We operate the world’s only dual branded scheme with the world organising body, the International Surf Association, and surf schools follow a rigorous process of document inspection, insurance checks, coach accreditation, monitoring, site inspections and most of all we LISTEN to the Schools.

We have relentlessly informed the council that our accreditation scheme can be used by the council for FREE so that the highest level of safety and service across ALL beaches, not just 13, can be achieved. They have opted to refuse to accept our scheme.

The Surf School industry is a developing industry and we are passionate about supporting it and guiding it where we can. We are disappointed that as an organisation we have been unable to do more in this ‘consultation process’ as a ‘consultee’ but our feedback and recommendations have not been used. We are not even sure they have been considered, and many of our questions remain unanswered.

We are committed to doing what we can to work with Surf Schools and the Council. We will not comment on the financial amounts that the council wish to enforce as this is not our remit. We would however state that from a safety point of view this scheme is not fit for purpose and we believe it may detrimentally effect safety on our beaches.

We would also like to congratulate all of the Surf Schools and Surf Coaches that constantly act as an additional lifesaving service, surf guides for tourists and whom stand up to their responsibility at the forefront of surf tuition to the masses and the growing sport of Surfing. Our concern lies with them and the financial and operational strain they will now face and we hope that they will all be able to continue to provide their service to the highest level of professionalism and safety following this ill constructed licence scheme.

We are here to work with and for you and will keep in touch regarding any further developments on the licence issue, we also welcome you to get in touch with us and engage on the topic, we want to here your thoughts and force them into the attention realms of the councillors.

We would invite any of you to click on this link and scroll down on the right to point 7 “Water based activity Concessions”. This is a footage and audio recording of the council meeting in which it was discussed and passed. We were almost speechless when watching this, the gross misconduct and miseducation from councillors is a worrying reflection of the incapable and disconnected leadership within council. This is because of the non-substantiated claims by councillors and hypothetical claims that are made and put across as actual points in a debate that are factually incorrect and simply the misguided opinions of individual councillors.
http://www.cornwall.public-i.tv/…/webcast_interactive/187822

Below is also a video that we were directed to upon our questioning of the topic.
http://www.cornwall.gov.uk/…/water-based-activity-licence-…/

We currently accredit 38 Surf Schools in the UK, of which 13 are in Cornwall, all of these Surf Schools have gone through a rigorous process to be accredited with SGB and The ISA. We also have 11 Cornish Surf Clubs affiliated to us, again with the priority of safety and insurance being the focus.