Surfing In Sewage Is Not Okay… 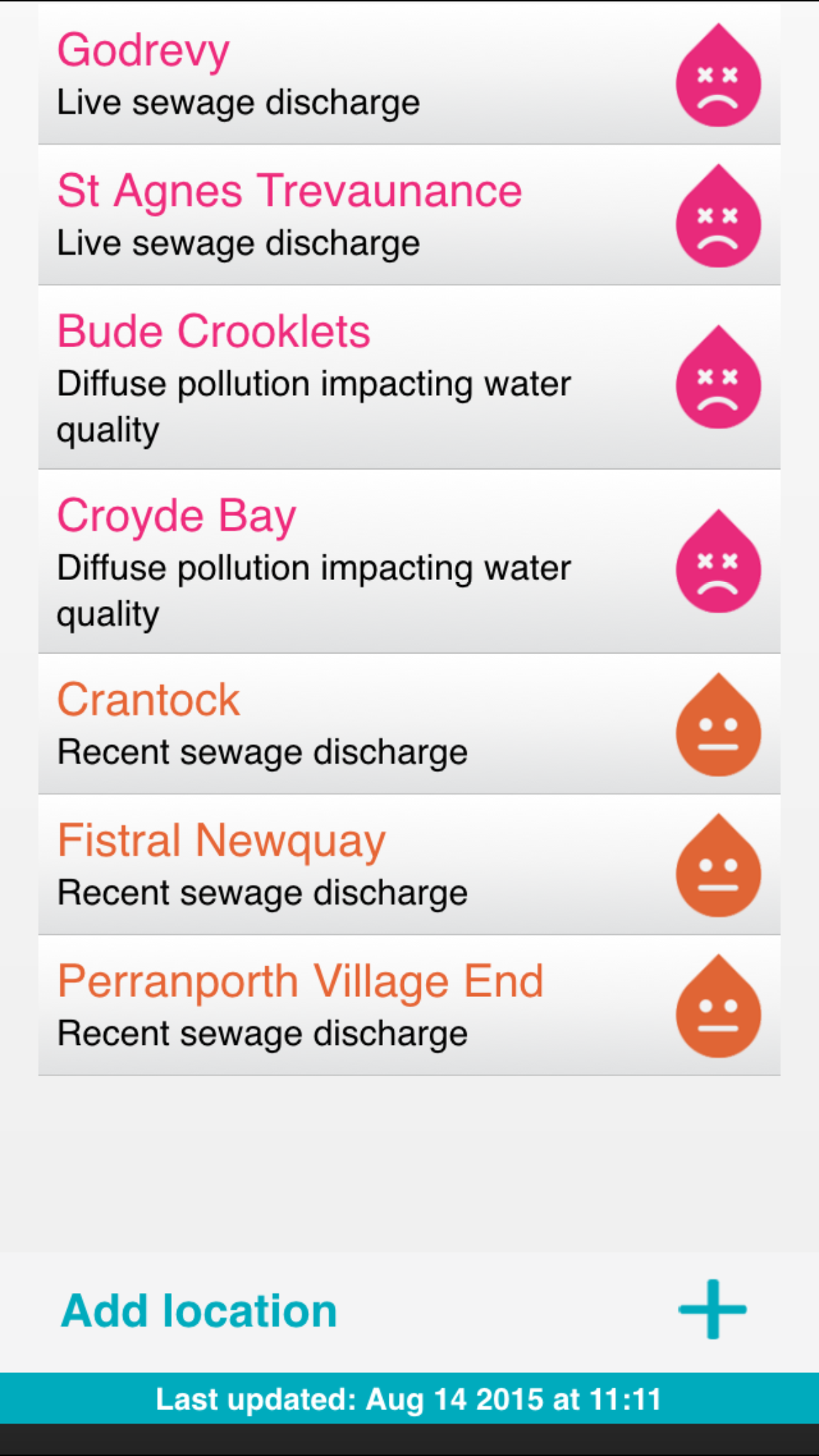 Once upon a time campaigning for clean seas got results.
I went to uni in Aberystwyth and back in the early nineties you knew when the tide had turned as the gates would be opened and raw, minced up sewage would flow into the harbour. You could smell it. Then within half an hour it would creep around the corner and flow straight across the fine, but fickle, boulder reef break at the harbour mouth.
The stench was the early warning. You could get out if you wanted. But the waves, when on, were really good. If you decided to man up and brave it out you could see the slick and the discolouration approaching. Then you could taste it…
If you ever want to practise duck diving with all your orifices clenched hard shut then surfing in raw poop and whatever bacterial wonders the town’s population are suffering from then that’s the way to do it.
It was gross. It was grim. But it did keep the crowd down. And a can of coke afterwards staved off the Weil’s disease at least. Of course the minus side is all of us from that era are more than familiar with the gamut of gross stomach ailments and ear, nose and throat infections. Of course it was our own fault for daring to surf in the ocean in a civilised first world country that saw the sea as nothing more than a dumping ground.
Thanks to the work of local campaign groups, the SAS and Welsh Water it got fixed. A proper treatment plant meaning no more slicks, no more macerated turd-soup horror-show. We could surf in clean water and the local wildlife could once more come back. If you’ve seen dolphins cavorting off in Cardigan Bay and the seals playing you’ll know the sea is good there now.
It’s a pity South West Water can’t fix the sea in their area. Every time there’s a spill going on everyone shouts. Their response is the same: it’s too expensive to fix dated infrastructure. It’s not just us. Blame the council for not maintaining the drainage etc.
Seeing as the council can’t even supply Cornish people with public toilets anymore that’s not a great surprise. Still one small blow against sewage eh?
It’s about time a plan was made. Sure you can’t fix all the south wests dated CSOs in one hit. How about committing to fixing one catchment at a time? This year we’ll work on Godrevy. Next year St Agnes etc? Spend some of that wonderful profit on building a better future for all of us? Hell in twenty years you might have fixed most of it. Then, once future proofed, you can guzzle all the profits you like and bathe in the clean seas with us. Rather than put your heads in the sand every time it rains…
Sewage in the sea is not okay. Especially not in the twenty first century. We need a plan. We need a fix. Not a shrug of the shoulders.

*The screenshot is from today from the SAS app. Middle of the peak season summer holidays.