What's In A Grain Of Sand? 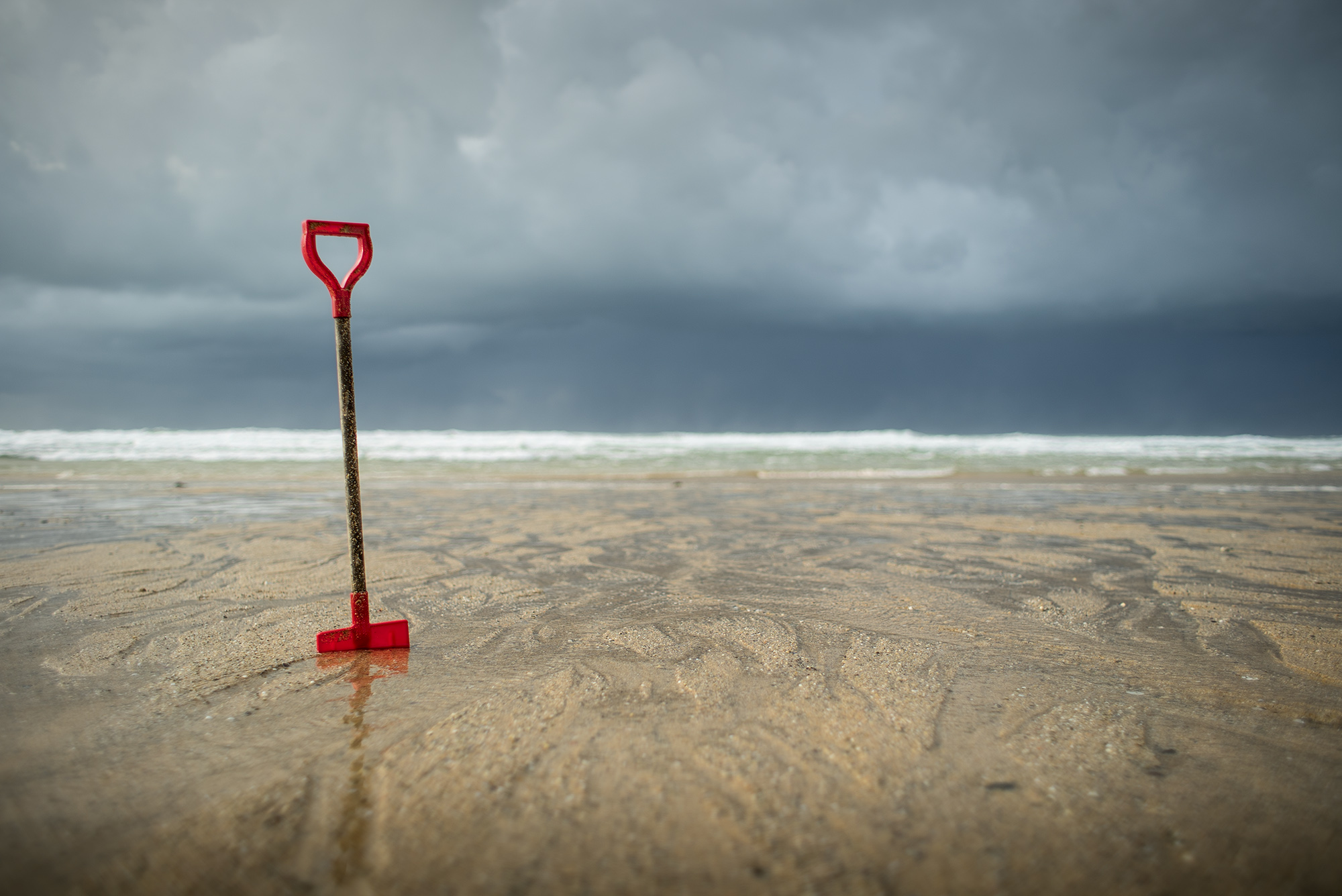 As you galavant across the beach to the ocean this summer spare a though for the ground up stuff under your feet. The very thing that makes the sandbars your waves break over is more interesting than you might think.
‘Just bust up shells ain’t it?’ you cry.
Well. Sure there’s a good portion of pulverised shellfish houses in there. Depends on where you are in the country, or world, of course as to the mix and the specific history but we’re interested in the stuff that’s ground up rock. That’s got a much more interesting tale to tell. We’ll take Cornwall as an example.
Back in the day when we was all nowt but cosmic gas floating around a confused yet to be solar system there wasn’t any beaches or surf or planets. Somewhere in the region of 4.6 billion years ago we did some accreting and from the solar nebula a fiery lump of space real estate we now call Earth settled into position. It wasn’t the most hospitable place. What with it being molten, toxic and prone to frequent asteroid bombardment. That and no one had invented the internet or lattes yet.
Over time (really really lots of time like mind snapping amounts to be honest) things cooled down and a solid crust formed. Thanks to volcanism we got an atmosphere and rain. From where that liquid water gave us oceans. Which is handy for surfing in so many ways.
Skip forward a few billion years and early life is flopping around in a microscopic manner. But the Earth has been busy. We’ve got continents. Mountain ranges. Erosion. Plate tectonics doing the first ever recycling and those early volcanic rocks have now gone on to be other stuff.
At some point in what them geology folk like to call the Devonian period, roughly 400 million years ago, a big wodge (technical term honest) of mud got laid down at the bottom of an ocean. Those muds got progressively buried and became rocks. A blink of an eye (well, 100 mill or so) later those same rocks got intruded. And yes it’s as painful as it sounds. Thanks to early continents having a bit of a prang things got a bit bent out of shape giving Pembrokeshire, the Gower, Devon and Cornwall those bendy folded rock layers. It got a bit hot and tasty as molten magma melted or cooked those rocks over a vast area. The remains of those magma chambers, yep, the bits you get under volcanoes, are the granite moors of Cornwall like Bodmin and Dartmoor. The cooked metamorphic slates are the stuff that makes the famous cliffs of Cornwall. It was this cooking of the sedimentary rocks that gave us the tin and the mines and such.
So when you trot across the beach the grains of sand are either shell bits, ancient volcano plumbing, especially the further west you get in Kernow, or an ancient sea bed that’s been cooked and mutilated. Both are millions of years old. So that grain of sand ain’t just a grain of sand. It’s a little speck of history.