The Death of the Surf Trip 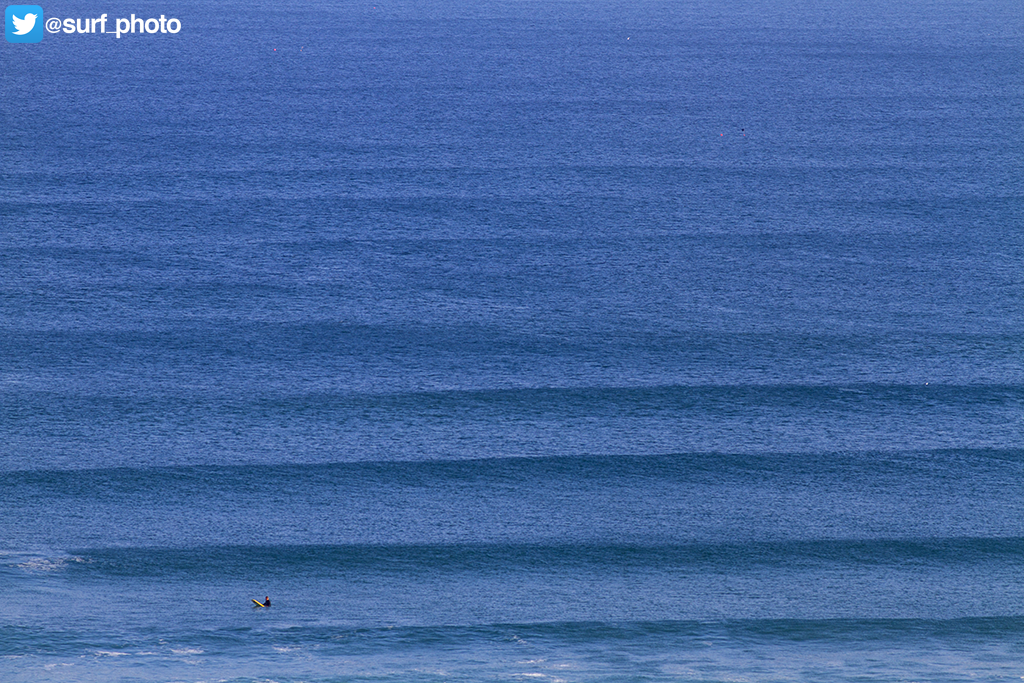 How the rise of the smartphone is killing a noble institution…

This article was inspired by a weekend spent camping. A long weekend under canvas in a field above a beach. A stretch of sand backed by marram grass in the far northern reaches of the UK. It’s an area rich in castles and the ghosts of battles past. You can almost smell the history. What you can’t smell, as it’s pretty much impossible, is a mobile signal.

The area is known, even though it is an extremely popular tourist destination, to be a mobile black hole. You’re lucky to get one bar of signal standing on tip toes with the phone aligned with the moon and stars at the precise compass bearing to receive the faintest of signals.

It was a weekend in which I looked at my iPhone once. One time. To confirm there really was no signal and the urgent email I had to send would really have to wait until I got back to civilisation.

From that point on, I chucked it into the deepest recesses of my van and thought nothing more of it.

Twitter would go untweeted. Emails wouldn’t get read and Facebook, a service I’m don’t even use, would be gladly ignored as usual.

The lack of signal made me smile. The lack of phone masts and Luddite connectivity was a bonus. I love being off the grid. It happens so rarely these days that you need to embrace those times with both arms. So people had no recourse with their phones. They would have to be real life social not online social. This was a happening. An event. A weekend to be burnt into your deepest memory banks to be remembered when you need a smile. Which is the way all surf trips should be. Whether it’s a half day run down the coast, a two week mission to Europe or a twelve month jaunt around the planet.

You need to have your head up, living, experiencing and mentally recording the world … not be head down reading about other people’s more exciting lives on your mobile.

Time was a surf trip’s entertainment came in the form of books and a deck of cards. That was your lot. All other entertainment on flat days came from the banter with your mates, swimming, diving, fishing, exploring the local area, trying to pull and perhaps a jaunt to the cinema if it was in a language you could understand. For decades this was the surf trip.

You surfed, you read, you played Shithead to the death, maybe some travel Connect 4, and you arsed about as only mates on a surf trip can. You interacted with the world, each other and ended with hangovers and a whole pile of good memories.

Then Mr Sony changed everything in the early eighties by inventing the Walkman. A pocket sized, assuming you had fricking’ big pockets, personal stereo that played cassette tapes (ask your parents to show you a C90 kids, they are like MP3s but made of reality not zeros and ones).

This was the first blow. The first strike taking a chunk out of the shining aura of surf trip magic. The Walkman enabled people to opt out of partaking. The personal bubble had been invented. Rather than do fun stuff as a gang you could take yourself off and listen to the Smiths, INXS and Midnight Oil as much as you liked. Well, as long as the double-A batteries held out.

Then came the laptop. Which initially to be fair struck a blow back the other way. If someone brought a lappy along on a trip you could watch DVDs and pass those rainy flat afternoons with seasons of the Office and watch Taylor Steele’s latest opus until your eyes bled. At least everyone was hanging out together. Sure it’s not as fun as a card game but a lappy certainly beats Spanish soap operas when you are sitting out a week long onshore gale in the Canaries. As time went on more and more people got laptops. The weighty brick that’s useless where there’s no power outlets became a staple in the surfer’s carry on. This was the beginning of the end.

The rise of social media and the ‘always on’ culture has been with us for about five years. I’ve done trips where I’ve got up in the morning and asked the crew already up what the surf was like and got a shrug. They’d not walked 20 metres down the path by the house to check the surf as they preferred to sit on the couch and vegetate over Facebook.

That blew my mind. You don’t pay thousands of pounds to go to the other side of the world to look at Facebook. You can do that in the middle of winter at home when there are sheep being blown past the window by a vicious storm.

From around 2008 it’s been a steady decline. As Apple changed the concept of an Internet enabled phone from something needing a degree in computer science to something a three year old can use the majority of people now have an iPhone, iPad, lappy or other Internet able device.

Which means the first questions on any trip when arriving at the accommodation is not ‘How close are we to the surf, can we see the sea from the window, where’s the nearest pub?’ it’s now ‘Is there WiFi, what’s the password?’ Which is all kinds of sad.

Surf trips are now boring. Sure you still get the fun surf bit but the flat times and evening times when it’s too dark to surf are now like hanging out in a monastery sponsored by Apple.

A roomful of faces lit up by their dark mirrors. No one talks apart from to ask if you’ve seen some cat saying ‘Yaaasssss…’ on Vine yet. The idea of someone saying, ‘Hey guys, lets all put down our devices and do something fun together.’ Really needs to come front and centre.

Remember trips before smartphones? The laughs, the japes, the good times with people that you bonded with and got to know on these trips to make lifetime friendships? As in for real. Not just clicked ‘Add Friend’ and then never spoke to them again.

You want to look back on your surfing life with pride. At good times had. Of adventures good and bad. A couple that come readily to mind for me.

• The daily late afternoon ritual at a rustic surf camp in the arse end of nowhere in Fiji was to play a round of Shithead and the loser had to walk the three mile round trip to the nearest shop for a big box of beers and a bottle of rum for everyone to consume as cards got played deep into the night. The banter was legendary, the laughter off the scale, the good times seared deep.

• Playing Texas Hold’Em Poker to the death every night with Dion Agius, Kai Neville, Shieldsy and a steady stream of Aussie WQS hopefuls for a few weeks in Hawaii. An evening ritual that, yes did cost me dearly as I only won big one night, but was hilarious every night. A room full of strangers and casual acquaintances ripping the piss out of each other in that weird male bonding way.

These things would not have happened if everyone was in their bubble. The recent trips I’ve done, mainly with junior surfers, have been mind-blowingly dull as every evening it’s computer club. No cards, no banter, no adventures, just ‘have you seen what so-and-so has posted on their page’. Which is so wrong it ain’t even funny.

In future trip accommodation needs to be booked on a ‘If it does NOT have Wifi then we’ll take it’ basis. It’s the only way the surf trip will retain it’s dignity. Surf trips are supposed to be one of the funnest things you can do. We need to make sure this noble tradition does not fade and educate the youth as to how it’s supposed to be.

– Catch up on emails, check twitter, whack up your Insty pics and get creepy on FB in one hit. Just do an hour after the morning session when you’re unwinding and recovering and not up for any adventures.

– This one should apply at all times: no phones at meals. Ever. Not even on the table. It’s just plain rude to be checking your phone when out for a meal with your mates.

– Turn off the WiFi on your device in the evenings. Leave it in the room. Be real world social not online social. Make a point of doing something, anything rather than sitting around staring at the Interweb. Even if it is something terribly boring and medieval like reading a book.

– Bring cards. Play Shithead, learn poker, hell play anything to engage with people. If you want to involve drinking penalties or hard cash bets then your night will get exponentially funner.

– Explore the outside. That’s right. You can move away from the Internet connection and explore your surroundings.

– Don’t be a social media zombie. Life is passing you by while you stare at a tiny screen. All the more horrifying when you have paid good money to go somewhere amazing and exotic.

– Just look at stuff. Record it in your head. You don’t need to take a photo of everything. Your memories are yours and it’s best to have seen things with your own eyes rather than on an LCD screen.

Of course the Interweb and social media are not going anywhere. It’s tentacles are wrapped around modern life so tightly we have no choice but to deal with it. But we can use them as the tools they are meant to be. Entertainment, sharing and connectivity at the right time in the right place. A quick check of the forecast sure so you know where to go. Apart from that the right time is not on surf trips. Surf trips are your time to do get actual face time with your mates not FaceTime people back home.

The terrifying irony of ‘social’ media is the very thing that is supposed to be bringing us closer together is pushing us further apart. Let’s not go there. The surf trip needs to be kept special…