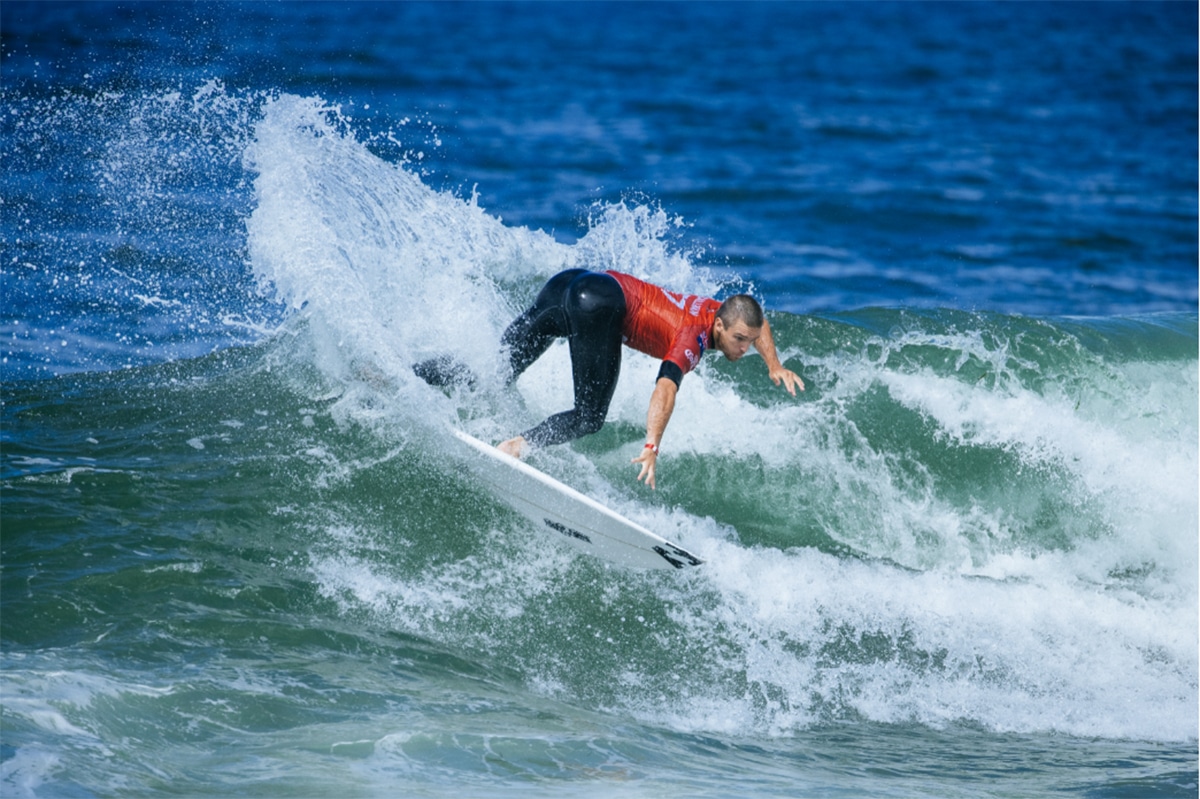 The Rip Curl Newcastle Cup presented by Corona, the second stop on the World Surf League (WSL) 2021 Championship Tour (CT), opened with the completion of men’s and women’s Seeding Round 1 in small and tricky conditions at Merewether. What lacked in the way of waves on Day 1 was made up for with incredible performances as the world’s best returned to CT competition in Australia for the first time in almost two years.

Local favourite Ryan Callinan (AUS) got his hometown campaign off to a flying start by winning his opening round heat with the highest two-wave combination of Day 1. Callinan put on a perfect display of local knowledge, finding the best wave of each set and improving on each ride with his technical backside prowess to post a 15.26 heat total (out of a possible 20) to progress into the Round of 32.

“We get really good crowds around the world who are always so supportive, but when it’s your home crowd there’s something so special about it,” Callinan said. “These aren’t the waves we have come here for, but it was still really fun and to be back competing and to find some decent scores. It’s so good to have these fans here. They bring such a good vibe to the event even if the conditions are sub-par. I’m really embracing it as it is such a special experience for me.”
Callinan’s fellow locals, Morgan Cibilic (AUS), and wildcards Jackson Baker(AUS) and Philippa Anderson (AUS), also found success today and will progress into the third round with solid performances. Merewether-transplant Julian Wilson (AUS) will come back in the Elimination Round as he looks to enjoy the same success he did at this beach in 2020 when he won Newcastle Surfest. 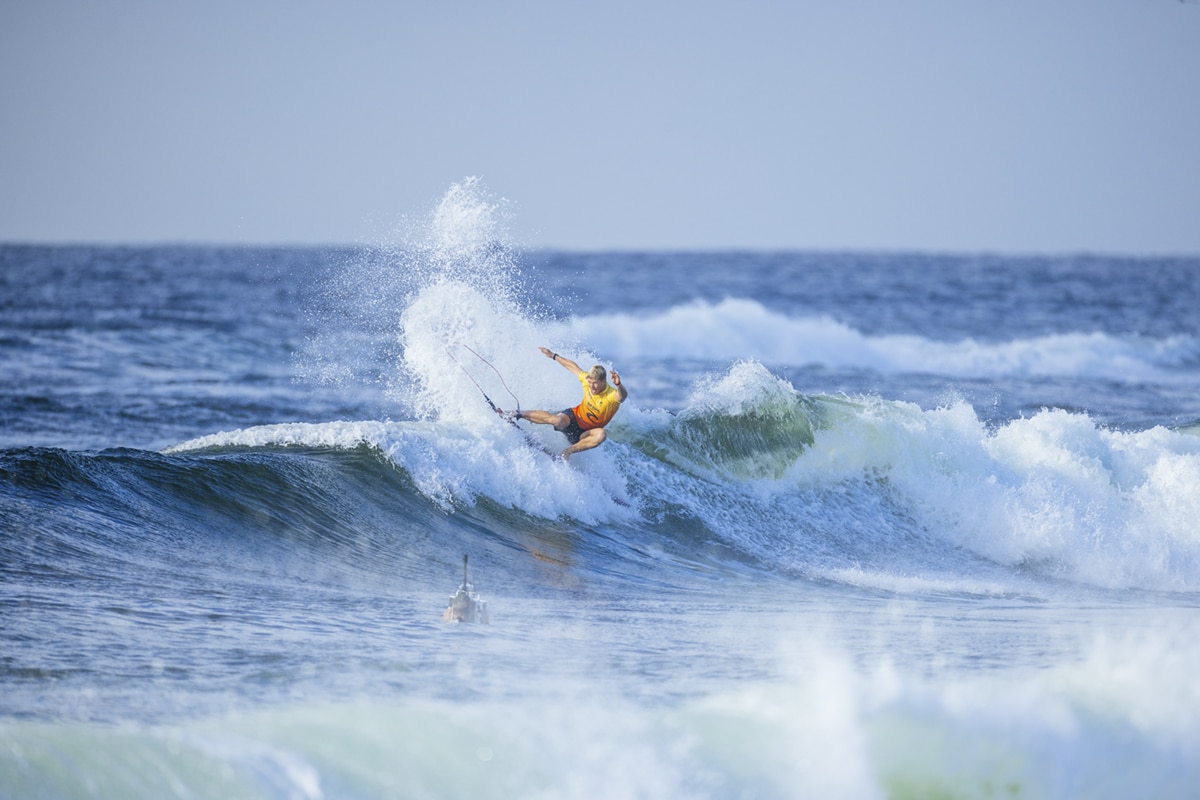 Current World No. 1 John John Florence (HAW) has lauded the world over for his performances in big surf and waves of consequence, but today at Merewether, the two-time WSL Champion showed he has what it takes when the waves are small. Florence opted to ride a carbon-fiber constructed board in the tough conditions, which looked to work perfectly as he laid down his trademark rail-carves to post the second-highest two-wave combination of the day. Florence’s 14.56 (out of a possible 20) sees him move directly into the Round of 32 and slates him as a bigger threat than expected when surfing makes its Olympic debut later this year.

“The first heat back is always nerve-racking, but to be honest, I was more nervous a few days ago,” Florence said. “Yesterday I had a good warm-up surf and that made me a lot calmer coming into today. The small waves make it harder for sure but my equipment works well in weaker surf like this and small waves are an area I’ve been working on over the last few years, it also has a lot to do with coming in with the right mindset. I have fun in waves like this because it’s different to what I’m used to which keeps it interesting.” 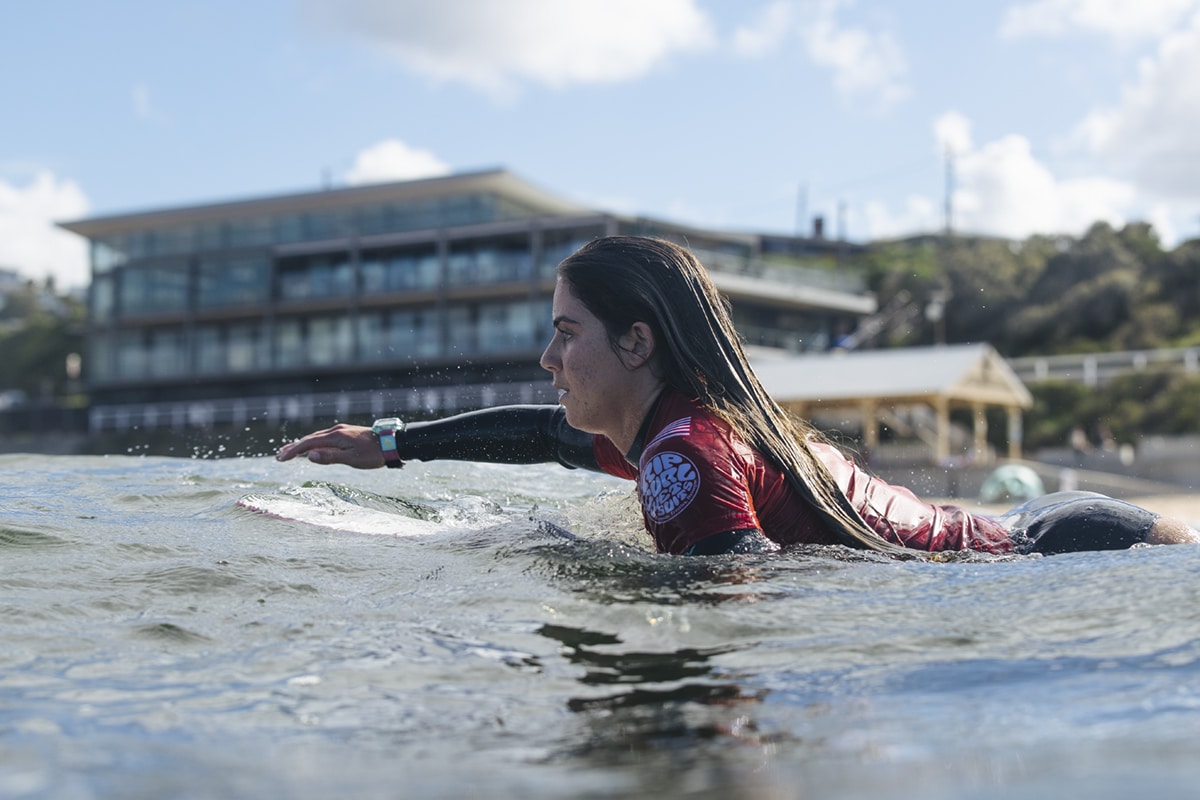 Caroline Marks (USA) dominated Day 1 with the highest single-wave score of the event so far. Marks garnered an excellent 8.00 point ride (out of a possible 10) for a series of critical backhand snaps all the way to the beach. Marks’ success sent Brisa Hennessy (CRI) to Elimination Round 2.

“It’s so good to be back competing in Australia,” Marks said. “It’s been a few years, so it’s great to be back, as it’s definitely one of my favorite places in the world. It was definitely stressful getting here, but I’m happy to be healthy and back doing what I love. I’ve missed competing so much.”

Fellow Olympic qualifier and four-time WSL Champion, Carissa Moore(HAW), was also a top-performer. Moore put on a power surfing clinic in her opening heat at Merewether, carving her way to an early win over Anderson and Sage Erickson (USA).

Moore wasn’t the only multiple World Title holder to find success in Round 1 with Stephanie Gilmore (AUS) also taking a solid victory in the smaller-than-hoped-for surf. The seven-time WSL Champion looked fired up as she kept busy all heat to overcome Bronte Macaulay (AUS) and Johanne Defay (FRA) in Heat 4 of Round 1. 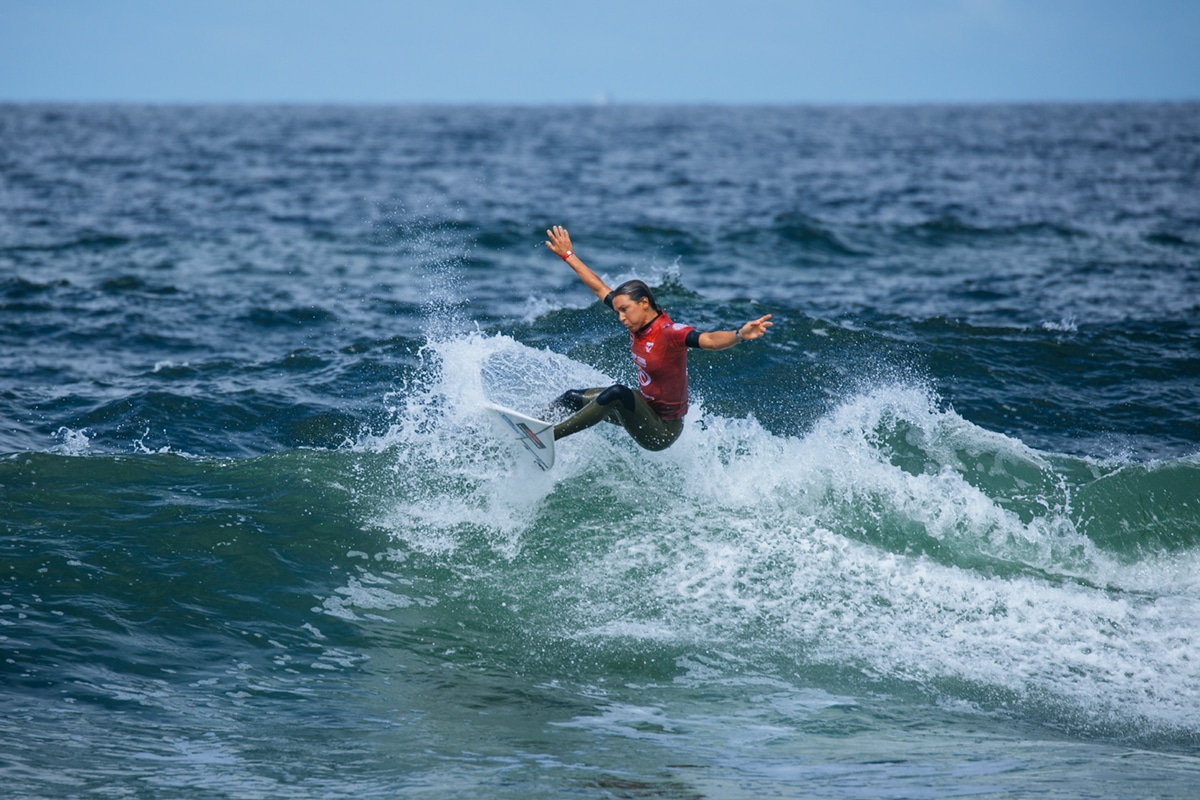 Sally Fitzgibbons (AUS) set an impressive benchmark in the opening heat of women’s Round 1. The current World No. 3 posted a 14.00 point heat tally, which included a near-excellent 7.83 score (out of a possible 10) for her heat win. Like Florence, Fitzgibbons is renowned for her big wave surfing but her performance in today’s fun peeling smaller waves reminded all just how good she surfs on the smaller days.

“I’m frothing! It’s so nice to be back competing and with a crowd on the beach, especially an Aussie one,” Fitzgibbons said. “Heat 1 is always exciting, so I definitely had a lot of energy going into that one. My preparation was good and I had a great free surf leading into that heat, so I was trying for some progressive moves that didn’t quite come off but I’ll definitely be trying for more of them in my next heat.”

Prior to the competition getting underway at Merewether, surfers and fans were treated to a moving Acknowledgement of Country and Smoking Ceremony led by Uncle Kevin McKenny of Wandiyali Group with Jackie Allen performing the National Anthem in Awabakal language, and Perry playing the didgeridoo. The words and Smoking Ceremony acknowledged that the Rip Curl Newcastle Cup is taking place on the land of the Awabakal People.

Watch LIVE
All the action from the Rip Curl Newcastle Cup pres. by Corona will be broadcast LIVE on WorldSurfLeague.com and the free WSL app. Also, check local listings for coverage from the WSL’s broadcast partners. The next call will be tomorrow, Friday, April 2, at 7:15 a.m. AEDT for a possible 7:35 a.m. start.