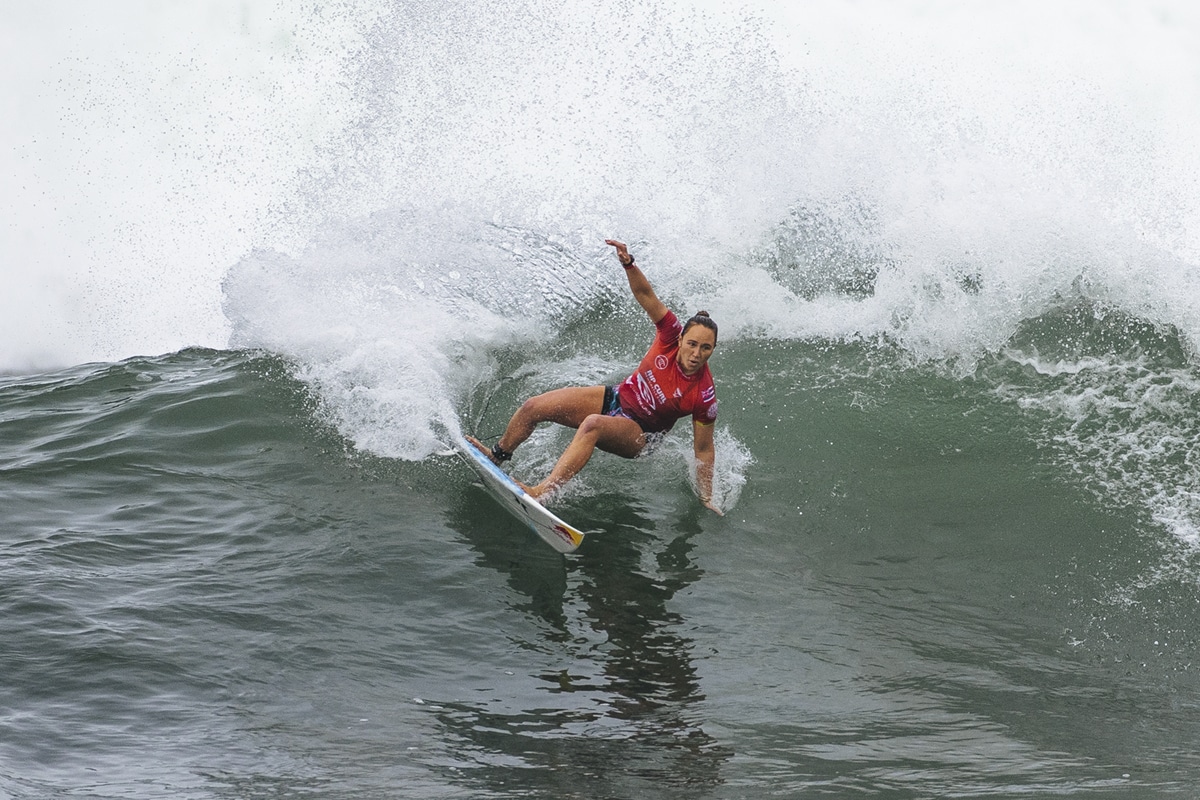 All surfers in the Top 5, except for World Champions Carissa Moore (HAW) and Stephanie Gilmore (AUS), fell early in today’s elimination rounds, including current World No. 1 Tyler Wright (AUS), No. 3 Sally Fitzgibbons(AUS), No. 3 Tatiana Weston-Webb (BRA), and No. 5 Lakey Peterson(USA). 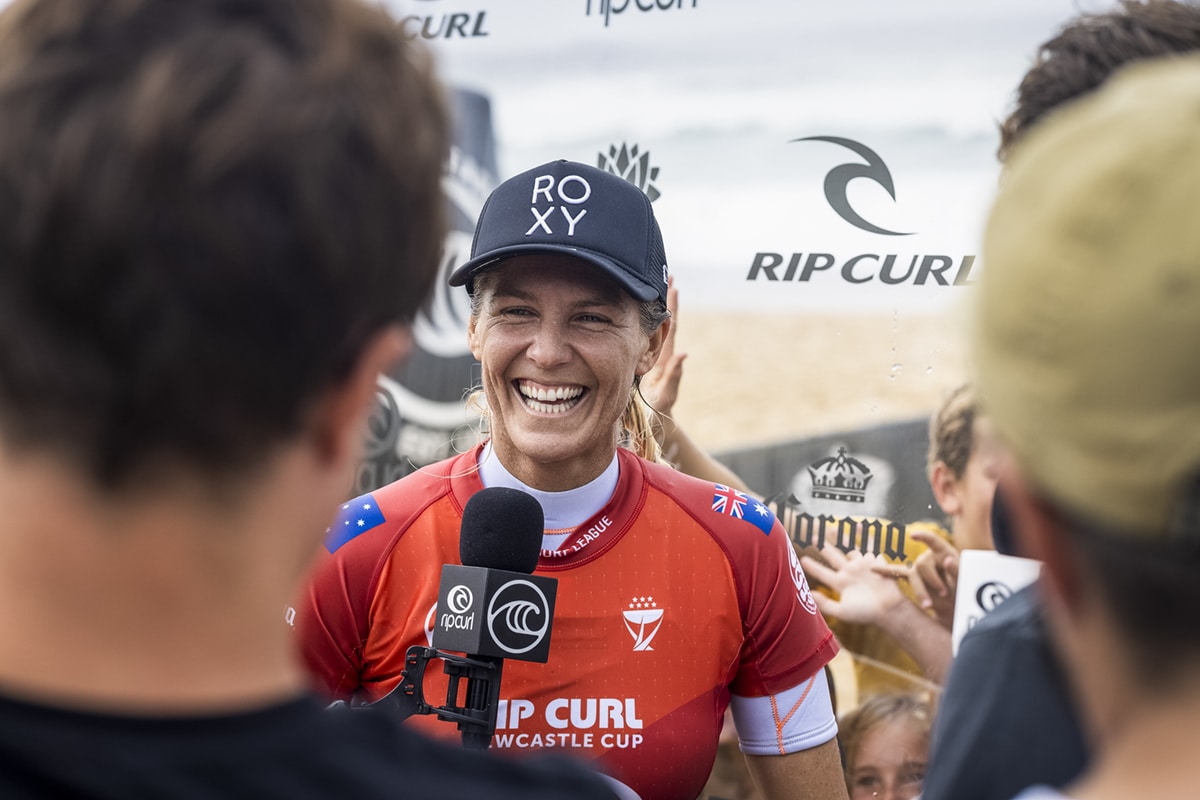 Wright, the two-time WSL Champion, leaves Newcastle in equal 9th place after falling short to Californian Courtney Conlogue (USA) in Heat 4 of the Round of 16. Wright immediately opted to surf the inside, while Conlogue kept to the outside sets. Conlogue’s decision secured her a strong lead with a 7.00 (out of a possible 10) and 5.30 backup score. Wright was unable to find the 6.64 required to advance.

“I got out there and saw that she had picked the inside as her gameplan and I understand why, but I was happy to sit out the back on my own,” Conlogue said. “I do like bigger, open-face turns and there were plenty of waves like that out the back. It actually reminded me of Bells when I rocked up this morning, which was nice. Bells came to us instead. I’m just stoked to have some swell here today and have competition underway. I’m feeling very grateful at the moment.”

“Strategy-wise, I feel like we did a great job,” Wright said. “There’s not much I’d actually change from that heat. I was only a few meters off missing two critical waves, which I could have converted into the 6.50 that I needed. As you can see, it’s a pretty big playing field out there and split between the inside and outside so I rolled the dice which didn’t work but Courtney (Conlogue) also surfed really well and made the most of her opportunities. I’ve had a really fun time here in Newcastle so will probably hang around here before the next event and keep having a good time with the family. I’m just so happy to be back home and competing. I feel really lucky.”

After a near-miss in the Elimination Round, Sunshine Coaster Keely Andrew(AUS) was looking for redemption when she took on event standout Sally Fitzgibbons (AUS) in the Round of 16. Andrew took down the perennial title threat and will now progress into the Quarterfinals. Andrew looked sharp in the matchup, easily beating Fitzgibbons with a commendable 14.23 heat total (out of a possible 20). Andrew puts some of her performance down to the mock heats she surfed in the lead-up to the event with two-time WSL World Champion Gabriel Medina, who shares coach Andy King.

“It felt like I was building into that heat,” Andrew said. “I had an average result in a Qualifying Series event a few weeks ago then my first two rounds here weren’t great, so it felt good to put a heat together like that, especially against Sally (Fitzgibbons) as she’s such an awesome competitor. I’ve been working a lot with my coach Andy King along with Seth Moniz and Gabriel Medina, which is really fun and really pushing my surfing and forcing me to go harder which is great.”

CT rookie Isabella Nichols (AUS) has marked the highest placing in her career so far with a Quarterfinal entry. Nichols eliminated World No. 3 Tatiana Weston-Webb (BRA) in the Round of 16 and will now face seven-time WSL Champion Stephanie Gilmore (AUS) in the first Quarterfinal matchup.

“The start of that heat I was really going about it the wrong way,” Nichols said. “I was taking off on the wrong waves and bogging my rails, and I kind of had to actually give myself a pep-talk. Once I worked out the scores were coming from big turns out the back, I realized these are the conditions I love and if I found a wave to open up on that was all the opportunity I’d need. I love surfing against Tatiana (Weston-Webb) as I’ve surfed the most against her and she beats me every time, so she definitely pushes me more than anyone so it was exciting to come up against her. I have never surfed against Steph (Gilmore) so I’m really excited to come up against her when competition recommences.”

After a disappointing end to the 2019 season, perennial title hopeful Lakey Peterson (USA) is still yet to put herself in the World Champion conversation in 2021 after backing up a 5th at Maui with an equal 9th at Merewether today. Peterson was unable to find a rhythm against the lethal backhand attack of Bronte Macaulay (AUS) and will head to the Rip Curl Narrabeen Classic looking for no less than a Quarterfinal finish as she looks to get her 2021 season back on track. 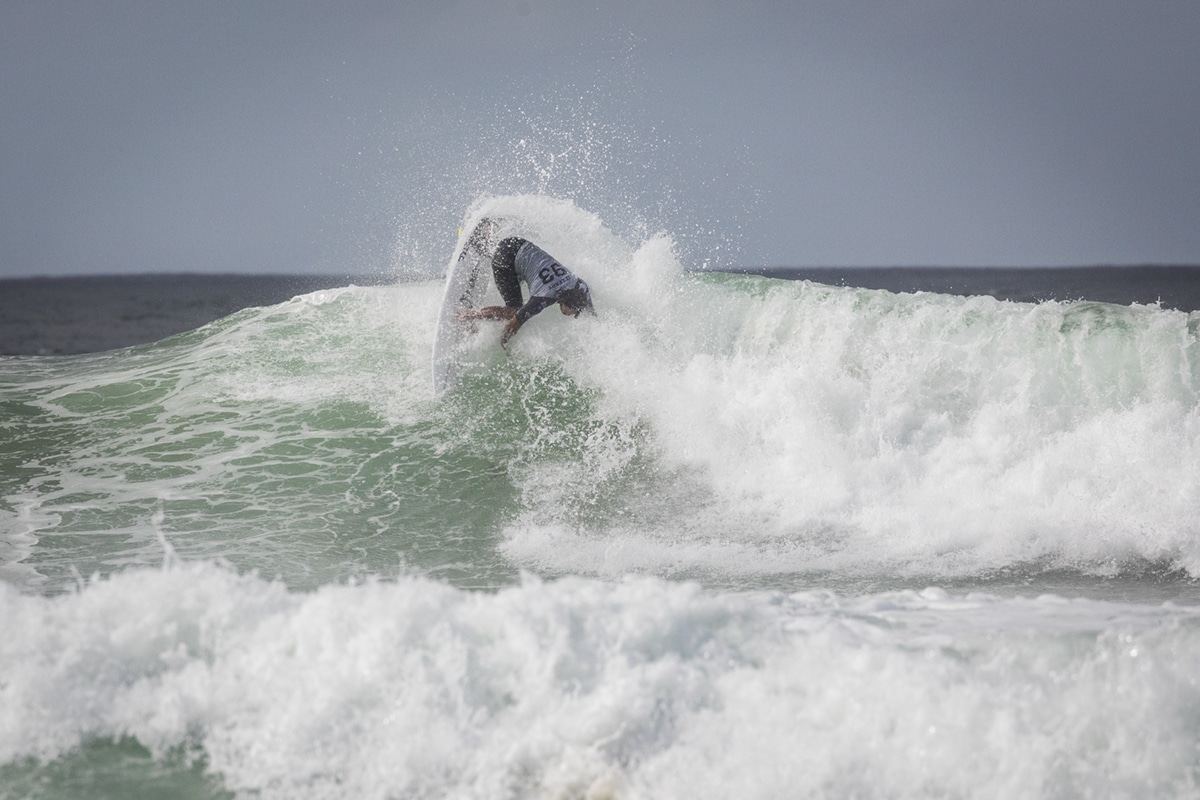 O’Leary Celebrates Connection To His Japanese Heritage with Updated Jersey

Connor O’Leary (AUS) narrowly escaped elimination in the final heat of the men’s Elimination Round, dispatching CT rookie Matthew McGillivray (ZAF). O’Leary and Michel Bourez (FRA) now advance to the Round of 32 where they will face Gabriel Medina (BRA) and Griffin Colapinto (USA), respectively.

Throughout his heats in Newcastle, O’Leary has sported a jersey with dual flags: Australia, representative of his home country, and Japan, representing his Japanese heritage. The Japanese flag is also a tribute to his mother, Akemi, who passed a love of competitive surfing down to her son alongside the knowledge and appreciation of his Japanese heritage.

“My mum is Japanese and I have a deep connection to the culture, country, and its people – especially the fans in Japan,” said O’Leary. “Australia will always be the country I represent because I have grown up here and lived here my whole life, but the other half of me is Japanese.”

The gesture of the dual flags is just one way to show how proud he is of his Japanese heritage.

“My mum has a huge surfing background, she used to compete back in the day when she was in her 20s and 30s at a professional level. Dad also surfed, but not competitively,” continued O’Leary. “It hopefully inspires a lot of young Japanese athletes. The sky is the limit.” 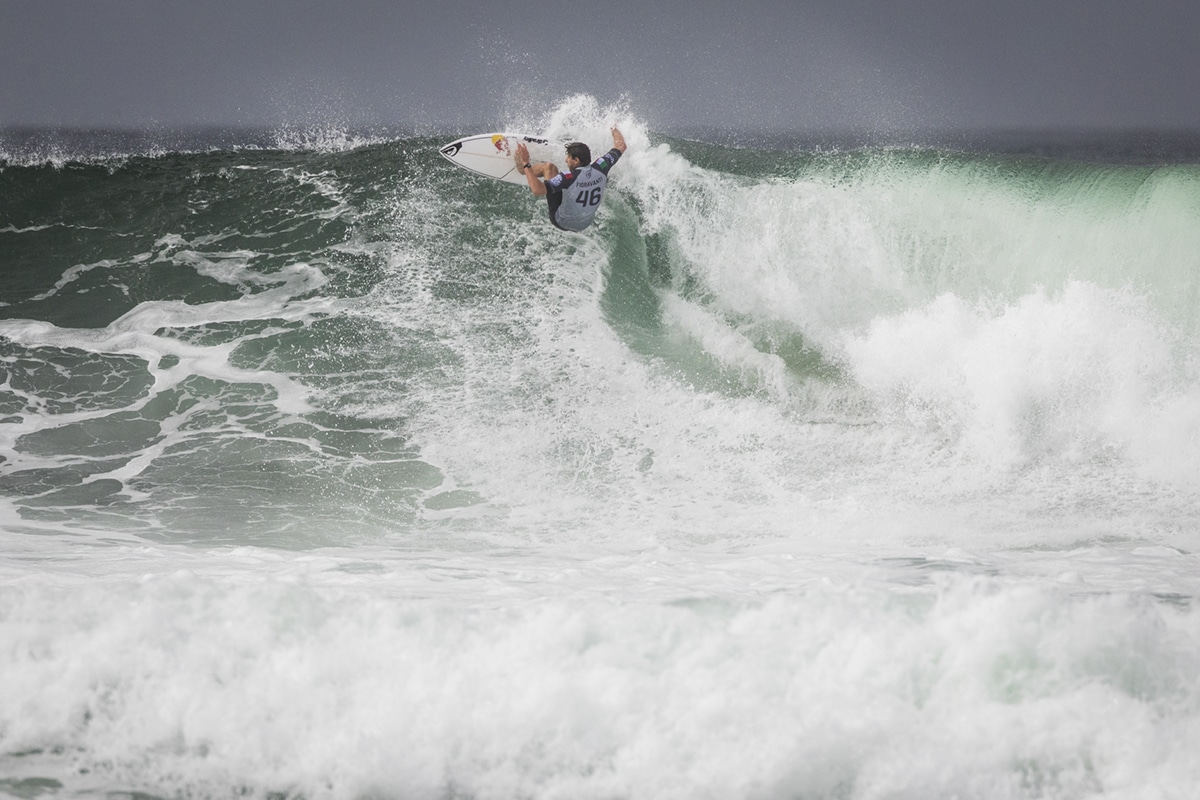 Leonardo Fioravanti (ITA) flew out of the Elimination Round with the highest single-wave score of the event so far, a near-perfect 9.00 (out of a possible 10), and the best combined, two-wave total of the men’s heats so far, a 15.67 (out of a possible 20). Fioravanti in first and Conner Coffin (USA) in second, Jadson Andre (BRA) was eliminated in equal 17th place.

Watch LIVE
All the action from the Rip Curl Newcastle Cup pres. by Corona will be broadcast LIVE on WorldSurfLeague.com and the free WSL app. Also, check local listings for coverage from the WSL’s broadcast partners. Event organizers will reconvene tomorrow, Wednesday, April 7, at 6:45 a.m. AEST for a possible 7:05 a.m. start.