Kelly Slater’s Pool and ‘The Test’…

So the dust has settled in Lemoore. The WSL crew have taken the first step into the man-made future and surfing will never be the same again. The elite crew had a ball behind the closed doors of Kelly’s Californian pool. No surf media were present. Which is a little chilling. And like most I’ve mixed feelings on the whole deal.

On one hand the wave itself is incredible. Now we’ve had a better look it’s borrowed, fairly heavily it seems, from a certain European manufacturer’s initial design, but turned it up to 11. The subtle plough under the pontoon replaced with the lovechild of a World War I British tank and the Flying Scotsman. The lights must dim in Lemoore every time it choo choos down the track. Mad as it is, it does produce the first insane, long, barrelling wave that makes most folks, apart from Indo residents, look at their local forlornly. You can’t not want to have a go. Whether you’ll do three turns, pull in, couple of turns, pull in, air on the end section remains to be seen.

The flip side is, as noted by Trav at What Youth, it’s all a bit ‘elite country club’. Surfing, once you’ve ponied up the grand for a decent suit and board (yes there is a hint of irony there) is free. The ocean is endlessly variable and free to ride whenever you please. The fake future won’t be. The urge from the WSL to have a controllable arena not subject to the whims of weather and event windows where many expensive staff can twiddle their thumbs getting day rate for a week before a wave is ridden makes sense. For the masses ‘popping for a surf’ seems unlikely at Kelly’s modern version of the pleasure dome. Unless you’re paying a pretty price. And building one of these things anywhere near you won’t be cheap.

In skating and snowboarding half pipes are fun and where crazy shit goes down but, and I’ve not done any scientific research on this, I’m sure most of our sliding brethren are more excited by travel and sliding down a bloody big mountain or exploring the vast terrain of a new city rather than be stuck in video game mode in the pipe. It’s a facet of those sports but it’s not the whole deal.

I’ll end with a quote from the WSL article, linked below, from Rab. The question remains what would you rather see … Fiji, Tahiti or Lemoore? I fear pure cost will mean more of the latter, less of the former.

“This is the future,” said Wayne “Rabbit” Bartholomew. Buggs, for those who don’t remember, was not only the 1978 World Champion, but they man who served as the world tour director during the reformation years of mid-90s. It was he who willed the Dream Tour schedule to life, shedding the calendar of its long list of crappy-wave venues in favor of exotic reefs and points like Fiji, Tahiti, G-Land and J-Bay. The logistics of that effort were massive, but the effort elevated the game to new heights.
“Surfing is now ready for the next step, and the ability to dial up perfection anywhere at anytime changes the game even more.” 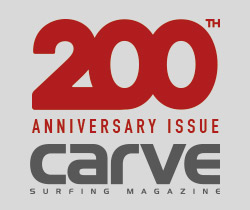