Planning transcontinental surf trips against the backdrop of a global pandemic isn’t the easiest of affairs. Travel bans, quarantines, testing…etc. Equally, getting friends from afar to home shores is just as tedious.

Enter Eithan Osborne. One of California’s most promising exports, and no brighter moment in such weird times than being a person holding three passports. American, Israeli and most crucially–French.

“Wait, Eithan has a French passport? Let’s get him over!”

This was the gist of the conversation one cloudy September afternoon. However, what we weren’t prepared for was Eithan’s eagerness. Four days later, there he was in the arrivals of Biarritz airport. Negative covid test in hand. Ready for all of the beers, some of the wines and maybe, just maybe, some surfing. And with the biggest storm of the year approaching, our timing wasn’t exactly ideal with every spot in the North Atlantic looking maxed out—so naturally, our eyes turned to novelty. And nothing is more novel than the Mediterranean. 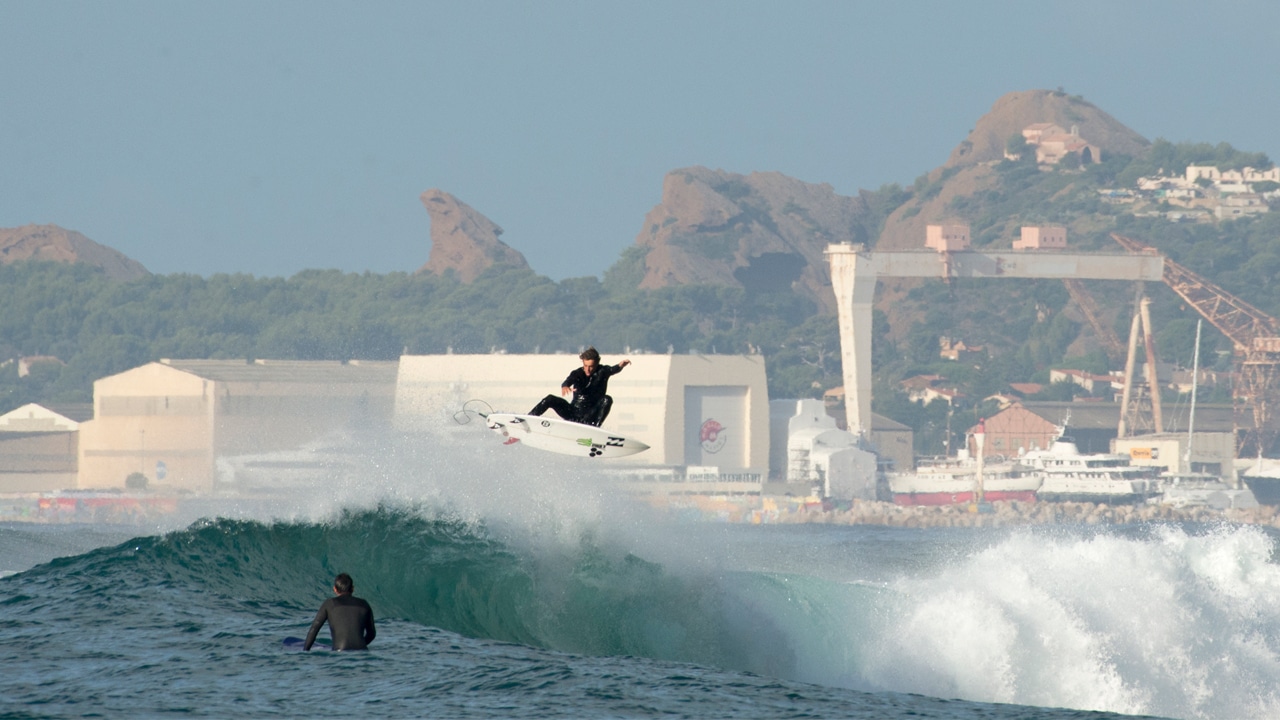 Could anything be more novelty. Could anything be more luxurious. Is this the birth of luxurious novelty? Luxnov? With the car loaded, we dream of wedges breaking off the bow of an oligarch’s super-yacht. A few turns to the beach and then being invited up for caviar and Champagne. With one of the better swells over the past few years on the charts, it very much looked like we were about to find out.

72 hours later, we head back to the Atlantic side with tired eyes and wry smiles. With fun waves and weather on the charts, we link with local surfer and ‘Bong stable mate’ of Eithan’s, Justin Becret, adding a hint of local favour to the crew for the last few days of Eithan’s stay. With a stellar career on the pro-juniors under his belt, if it’s taught Justin one thing in the process, it’s consistency. He can punt with the best of them, with an outstanding track record of landing. He’s also a dab hand in the tube, and watching him and Eithan going head to head on the ramps of Capbreton and the tubes of La Gravière was more than impressive. We can’t help but feel the future of the bong stable is in a good place.

As that draws to a close to this year’s French Atlantic shenanigans for us. With a change of pace, a different coast, an absence of premiere tour but a large slice of novelty.

All in all, not bad for the surf trip that wasn’t meant to be.