Yes this actually happened, and yes it was kind of fun.
It’s 1999 and much anticipated year when Prince decreed everyone should dance like.. it was the aforementioned year… and way before the algorithms of Facebook started perverting the course of political democracy. An innocent time when if people shouted nasty things at each other they were physically in reach of swift retribution, not red faced emojis, and Oasis ruled just about everything apart from the rave scene. Heady days indeed! And then Tom Lockfelt launched his global flowrider tour.
A manmade wave formed by blasting water out of submarine propulsion units at a very hard, ‘curled’ wall to form a standing barrels which could be transported from Texas, to Europe to Aus on the back of several trucks – it was big enough to contain 500,000 litres of water and 1,000 tons in weight dry. While not quite a wave it was close enough to encourage much excitement and with ride characteristics not dissimilar to many board sports (Surf, skate, wake, snow) it allowed boardriders from different disciplines to train and then compete in equal conditions. And so it came to be that the boardsport elite assembled and surfed off with bands, parties and MTV. 3-7 August, 1999.
I seem to remember the wakeboarders actually fared best, skim boarder Bill Bryan killed it. It was interesting to see the differing approaches. Then things got real and everyone realised that face planting into two inches of water from 15 foot rodeos hurt.
Will we ever see this type of competition again? With yoof in full surf skate flow and ramps appearing on the new school wave pools, perhaps… It was pretty cool. 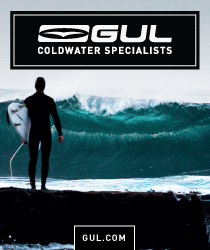