The Wave – An Update… 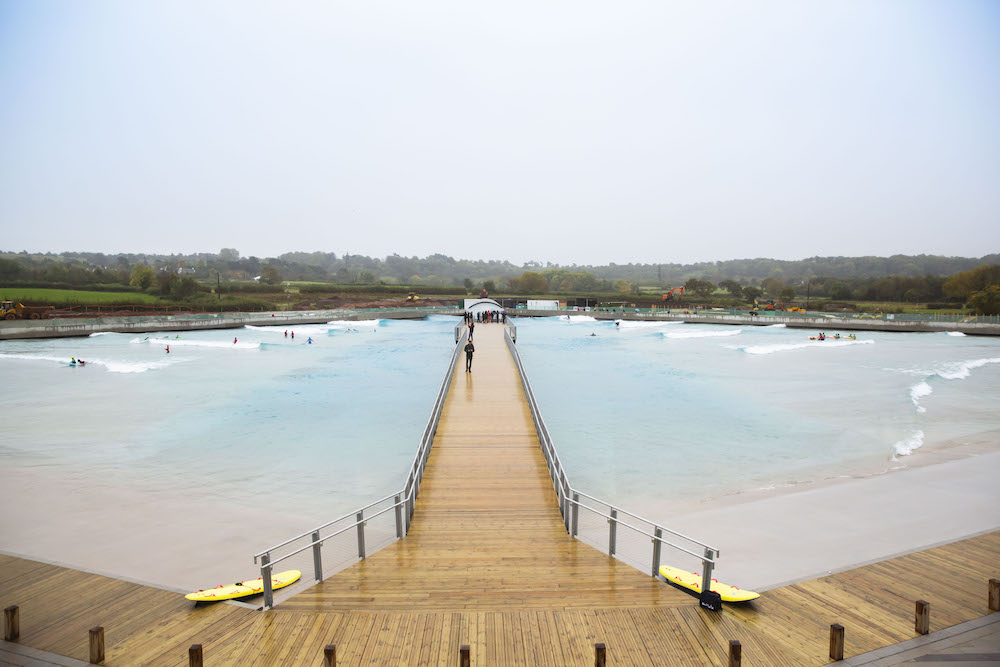 Catching up with The Waves Nick Hounsfield after a pretty eventful 12 days!

It’s hard to believe it is less than two weeks into the history of The Wave. The amount of hype, expectation and smiling faces must have exceeded all hope. Some whinging too, but we expect that will die out as the project grows. Having surfed it, and been in contact with many who have, I have to say it is fun, and you leave surfed out. Sure it’s not Pipe on the M3 setting but for most it is better than their average surf. A few ‘advanced surfers’ have complained they can’t surf the pro setting yet, but if you look to the long game and speak to those who’ve surfed it turned up to 11, you can understand why they haven’t unleashed the beast. 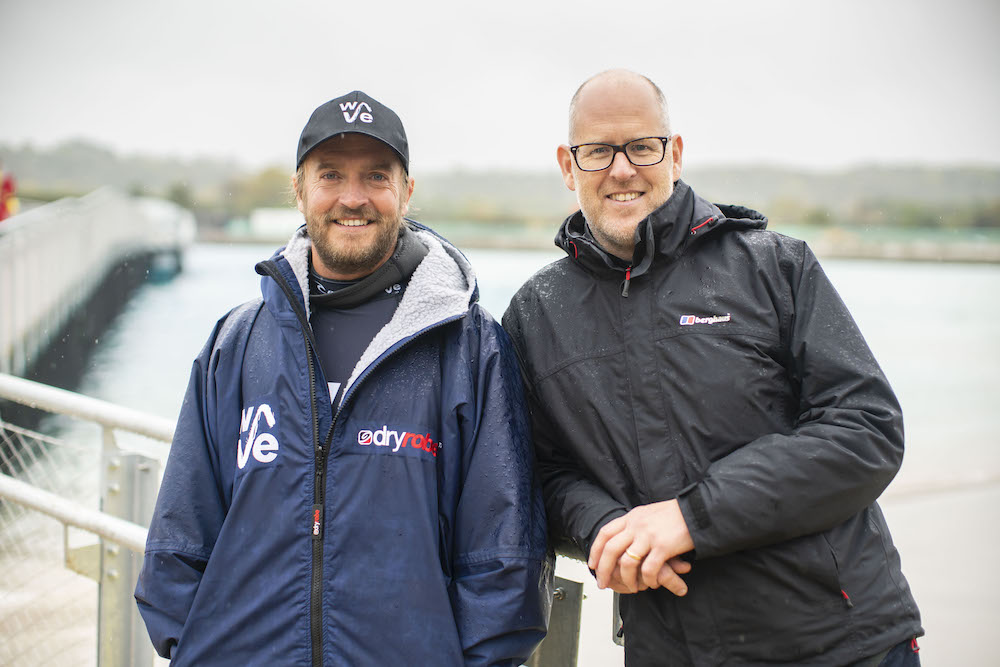 How has the launch gone so far? Are you happy with response? Everyone is smiling…?

I can’t believe it’s less than two weeks since we officially opened out doors to the public – so much has happened! We knew our Warm-Up period would be all about getting feedback from people, learning what is and isn’t working, tweaking what we are doing – and potentially making major changes if needed. We knew we wouldn’t be perfect on day one and were prepared to react to feedback. We have had hundreds and hundreds of very happy people through the doors already and there have been a lot of smiles on faces. We have also learnt that certain things aren’t working as we would wish, but we can fix those issues with time.

The biggest development for us has to be the decision to suspend the intermediate surf sessions. The feedback from the first few days clearly showed that the wave we were pushing didn’t deliver a great intermediate experience, it was more of a step up from beginner experience. The last thing we want is for people to leave The Wave feeling disappointed and we do not want people to pay for an experience that doesn’t deliver, so we took the big decision to remove this wave from our line up. There is another wave setting that is a brilliant intermediate level wave and we are now looking at how we integrate this wave and run specific sessions purely for intermediates and beginners. 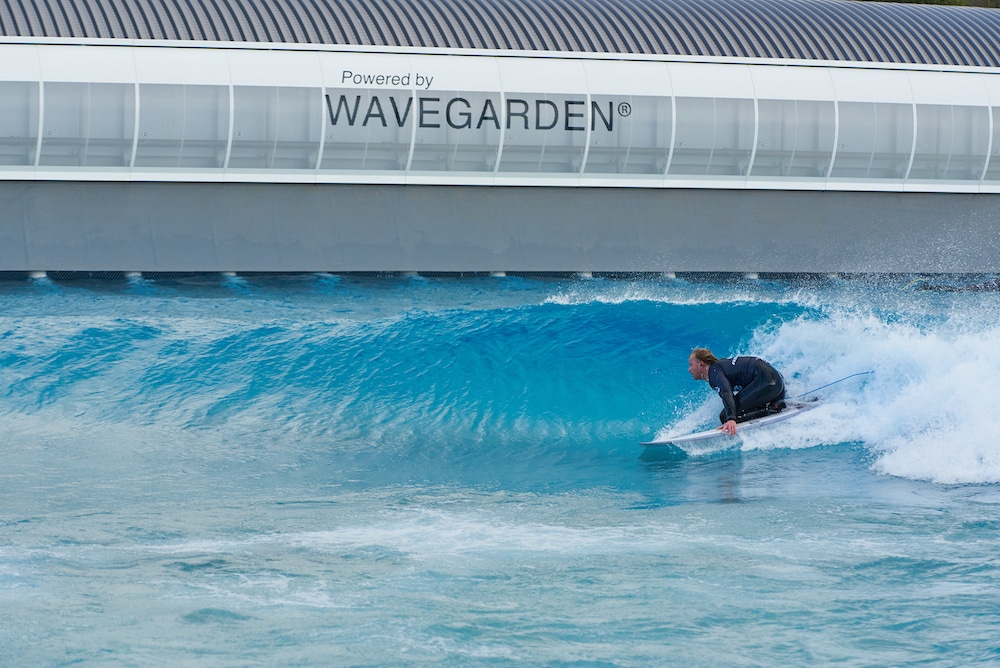 Pretty much everyone is leaving with smiles, particularly the adaptive surfers who got a sneaky preview…

Highlights of the first week for you personally…

There have been a lot…

Joining our First Riders for the first line up. They were such a brilliant mix of people of differing backgrounds and surfing ability, and they all came out beaming, despite it being a pretty wet, grey day!

Having the UK adaptive team on site testing our processes and enjoying a sunny, surf session

Seeing some incredible pros ride out waves, including Kanoa Igarashi and Justine Dupont.

Watching my boys surfing The Wave for the first time, that was so special. 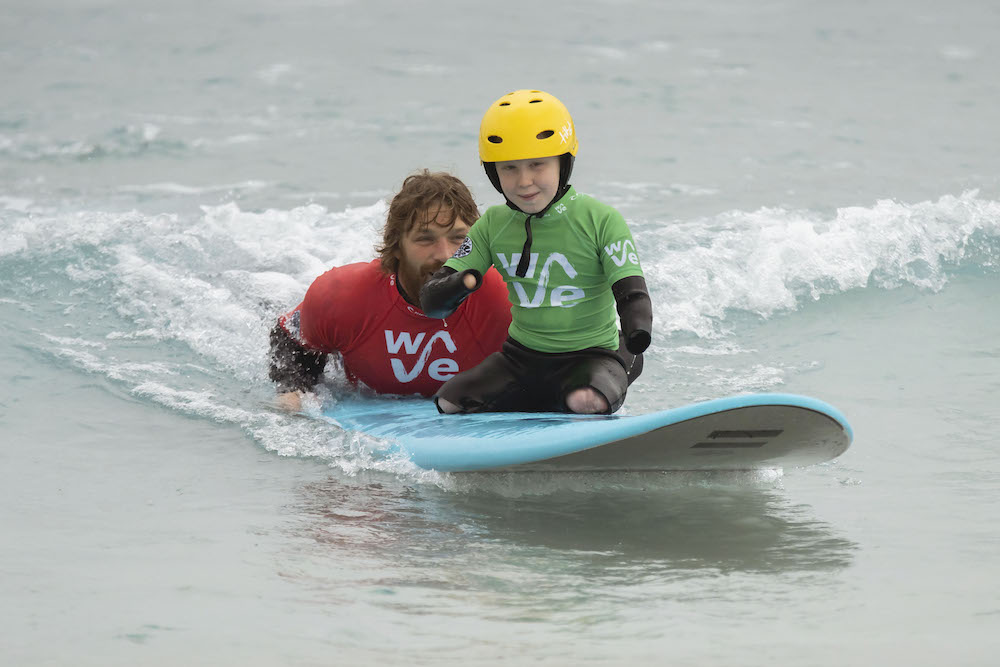 This moment pretty much broke everyone.

What are the wave settings and what is the commissioning process?

The Wavegarden Cove technology can create a wide range of waves at the push of a button, from the most gentle beginner waves, right up to some really hefty, barrelling waves. I’ve seen them all and they are truly amazing. We have the ability to push 19 different wave types, but to get these waves ready for the public we need to make sure each one has been properly tested and risk assessed. That is not as simple as it might sound – for example one of our findings is that the bigger waves create currents in other areas and we have to fully understand the impact of these before putting users in the water. We have a duty of care to all of the people in our lake – we have to be 100% happy that we fully understand each setting and we won’t hurry the process just to get more waves in place quickly.

What have people seen so far and how does that compare to every day sessions for everyone that has booked – which settings will they ride when and why…?

Most of the footage and photos out there are of people riding out regular advanced wave setting. These are the waves that have gone through our rigorous risk assessment process and they are the ones we are happy to open with during out Warm-Up phase.

Our current advanced setting delivers a friendly wave, much like a fun sandbar, that starts off shoulder high on take-off, with a gentle first section, which then winds up speed into a faster and small barrelling second section. This wave is so much fun and a great starting point for surfers who have never surfed a reef before. During the session the wave grows in height and becomes a little bigger and faster. We have had hundreds of people feedback that is is great fun and brilliant for improving fitness. A number of pros including the UK team have ridden these waves and they had a ball!

We have invited some expert riders in to help us test the next set of waves and we have shared some of these images. This is not us teasing the general public, but rather we wanted to show the exciting potential of the Wavegarden Cover technology and get everyone excited about what is coming. We will be introducing some of these next level waves to sessions over the coming weeks, once we are happy they are fully risk assessed. 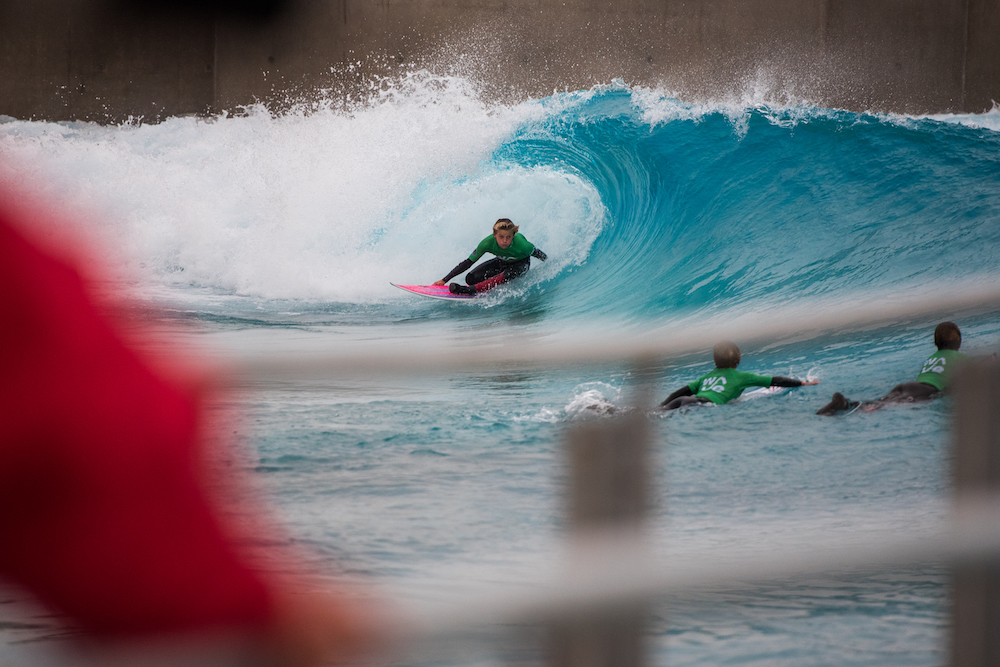 If you are building in an introductory process for surfers then what is it…how will it work? Will surfers have to prove they are capable of riding the advanced settings? I guess there are real issues where surfers claiming they could ride ‘advanced waves’ could ruin sessions if they actually can’t surf the wave, which is a possibility… or worse hurt themselves…

It’s becoming very apparent that a lot of people overestimate their surfing ability! There’s been a lot of talk about the advanced waves not being big enough, but we have had a lot of surfers book into an advanced session who are clearly not ready for this wave yet. They are struggling consistently with the take off and consequently wiping out too much and not getting the most out of the session. They are still ‘Beginner/Intermediates’ rather than ‘Advanced’ surfers.

This makes a bit of a tricky situation for us. We are hampered by the need for a surfer to correctly judge their ability and select an area that’s right for them. If we simply push bigger and more difficult waves in the advanced area then the experience won’t be great for people that have over-egged their skills (or for those in the water with them) – and worse still, it could be dangerous. We are working through how best to handle this at the moment but there isn’t a simple answer! 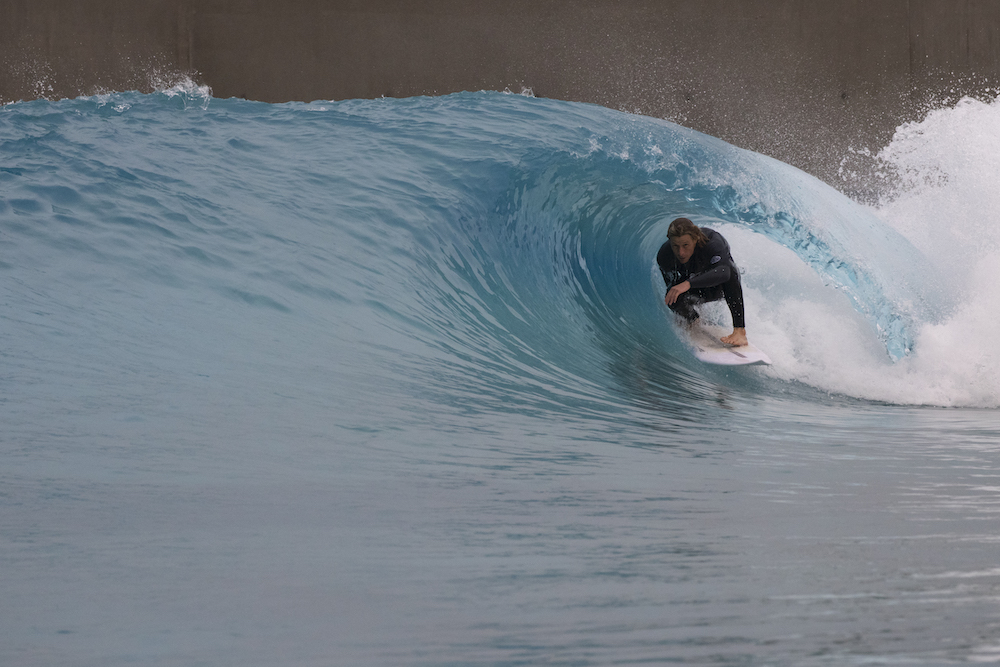 It’s coming, but you are probably going to have to prove yourself first.

Anything else surprised you? Having surfed it I think it is better than I expected.

One thing that surprised us was the number of surfers out there that are so quick to judge and shoot us down. It’s such a strange mentality and surfers in my experience can be the worst for this sort of behaviour. However, people who have visited and had an incredible time are now swift to support us with positive feedback and good honest commentary. We have brought something totally new and totally positive to this world… either engage with it for what it is and what we stand for, or just ignore us.

I think the biggest surprise is the reaction to our building, staff, food and general vibe of the place. I thought this might take time to bed in but already it is the most incredible place to visit even if you don’t surf. Our staff and their passion for what we are doing is blowing people away. I’m most proud of the team, every one of the team goes over and above the normal service levels and the feedback is fantastic. On a rainy day it has an awesome ski chalet vibe and on a sunny day it’s like being in Southern California!

So we are learning, listening, responding and building solid foundations for the future, which is very bright for us all.