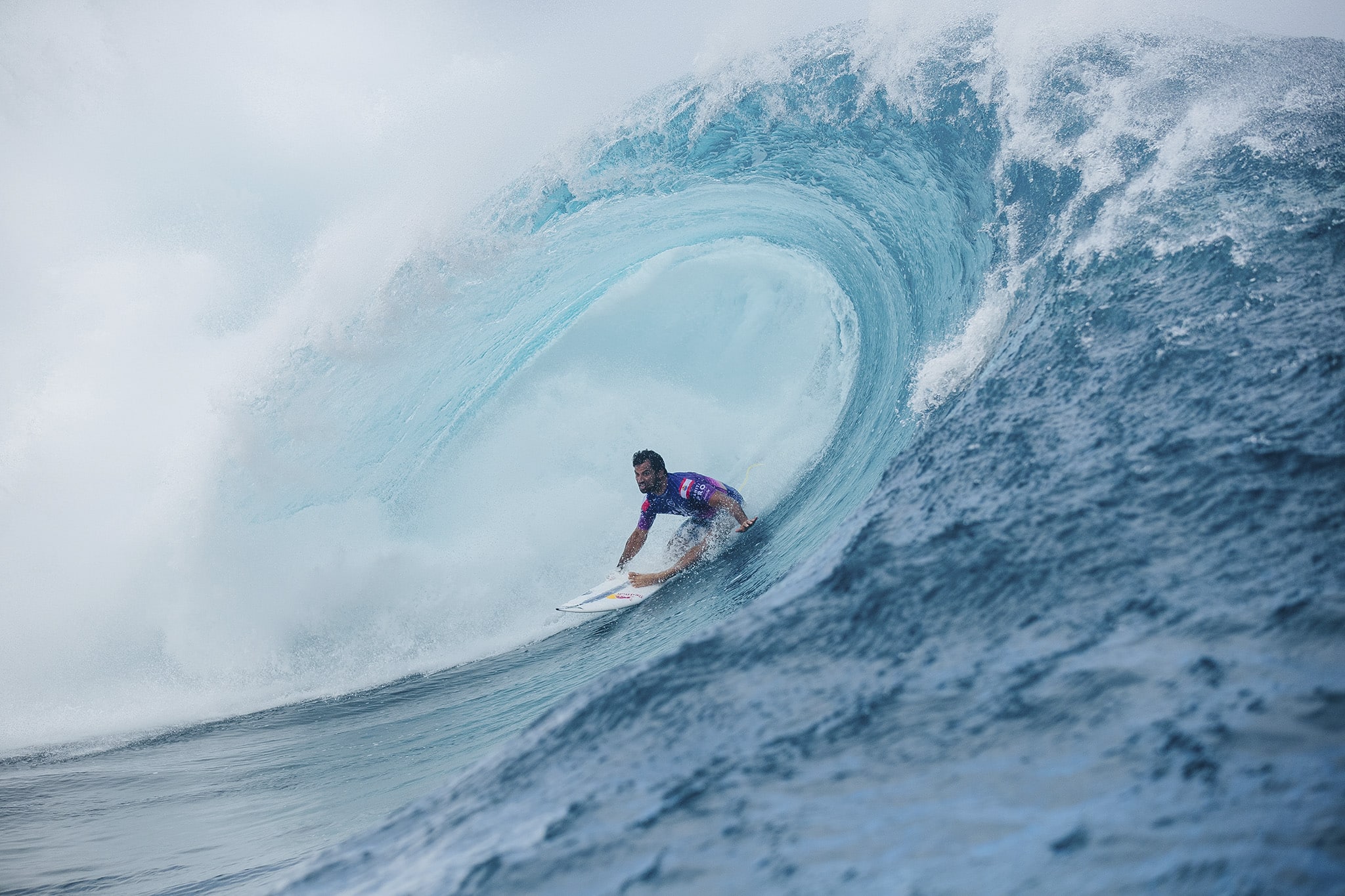 The Tahiti Pro Teahupo’o presented by Hurley the seventh stop on the World Surf League (WSL) Men’s Championship Tour (CT), has seen a groundbreaking day of competition take place in heaving, six-to-ten foot (2 – 3.5 meter) barrels at one of the world’s heaviest waves, Teahupo’o. The excitement of the massive and dangerous surf was only elevated by the shakeup on the 2019 Jeep Leaderboard with some of the biggest World Title threats bowing out of the event early while a new crop of hopefuls progressed into the Quarterfinals.

All the action from the Teahupo'o channel. Results and report here: https://www.carvemag.com/2019/08/tahiti-pumps-for-the-world-surf-league-crew/

Reigning two-time WSL Champion and reigning Tahiti event winner Gabriel Medina (BRA) came into stop seven on this years CT sitting in seventh spot on the rankings. Fresh off a win at the recent Corona Open J-Bay event, the exciting young goofy-footer prepared for his heat by watching every surfer who sits above him on the rankings fall out of the draw. Brimming with confidence, Medina went on to take out his Round of 32 heat over Ezekiel Lau (HAW) but left his best performance, and that of the contest, for his Round of 16 wins where he posted a near-perfect heat total of 19.23 from only two waves. This score included a perfect 10.00 point ride, the first of the 2019 men’s season. Medina will now take on Jeremy Flores (FRA) in Quarterfinal 3 as he looks to well and truly place himself in the World Title conversation.

“That was a nice heat,” Medina said. “I just feel blessed to share waves like that with Griffin (Colapinto) and it felt so good to get a nine and a ten. I’ve been waiting for this moment for the first half of the year — I love this contest, especially when the waves are like this — this is is what I live for, going left and getting barrelled. I think tomorrow will be another good day. I am up against Jeremy (Flores) who is one of the best out here so it will be tough. We should have more good waves like this so I hope we can both enjoy it — I’m excited and looking forward to getting a good result here, it’s really important.”

2015 WSL Champion Adriano de Souza (BRA) has only recently returned to competition after a year off with a career-threatening knee injury. The tour veteran has struggled to find the form and consistency he is known for in 2019, but today in seriously critical surf, de Souza put to bed any question that he’s past his best, taking down countryman Italo Ferreira (BRA) in one of the heats of the year with de Souza’s 17.87 two-wave total to much for Ferreira’s 16.83. He then booked himself a spot in the Quarterfinal with a dominant win over Frenchman Joan Duru (FRA) with another excellent heat total, this time 17.50.

Current Jeep Rankings Leader Kolohe Andino (USA) took a blow to his tilt at the World Title, going down to 17-year-old Tahitian wildcard Kauli Vaast (FRA). Andino controlled the heat in its entirety until the final minutes when the local youngster swung on an inside slab and pulled in to take the lead and the win. Vaast was eventually eliminated by his hero and friend Jeremy Flores (FRA), while Andino leaves Tahiti with his equal worst result of the season. Similarly, Italo Ferreira (BRA) equalled his worst result for the year and will now hang onto a 17th in his finish.

2019 season standout Kanoa Igarashi (JPN) was dealt his worst result of the year, going down to in form Jadson Andre (BRA). Whilst Igarashi finishes the event in equal 17th, Andre put on some of the best performances of his career to move into the Quarterfinals and guarantee his best finish of the 2019 CT season. Fellow Brasilian Filipe Toledo (BRA) put on one of his best Teahupo’o performances to move into the Round of 16 but was then eliminated by 2019 Rookie Seth Moniz (HAW) in equal 13th which was still enough to see him move past Kolohe Andino into the top spot on the rankings. This, of course, could change once a winner has been crowned tomorrow.

As the top 5 stumbled and an injured John John Florence (HAW) continues to recover from knee surgery 11-time World Champion Kelly Slater (USA) had a massive opportunity to boost up the rankings at one of his pet events in flawless barrels — his speciality. Unfortunately for the 47-year-old Floridian, his event came to an end at the hands of an in-form Jack Freestone (AUS), dashing Slater of the chance to record a sixth event win in Tahiti.

“I’m upset but that’s just how it goes,” Slater said. “Last time I surfed against Jack it was big like this at Margaret River and I kind of ‘frothed out’ and caught lots of waves while he was smart and got the better ones. I had my chance twice but it just didn’t go my way. I think this result will take me out of the picture as there aren’t enough points out there to get me in the hunt for the World Title come Pipeline but stranger things have happened. There has been a lot of upsets today but it will be tough for me now for the rest of this year — especially after that heat.”

With fellow Aussies and top 10 surfers Julian Wilson and Ryan Callinan falling out of the draw, tube specialist Owen Wright (AUS) has a big chance to move into the top 10 and well into Olympic qualification for 2020. Wright’s trademark poise in the tube earned him an 18.50 heat total and a spot into the Quarterfinals while his opponent and local favorite Michel Bourez (FRA) was narrowly pipped at the post.

“That was a very special heat to have Michel (Bourez) here in Tahiti and go wave for wave with him the entire time — it felt like a special heat going down” “I was up at 3:00 am this morning just thinking about what today would bring so I’m sure I’ll struggle tonight to sleep after an amazing day. This place is so beautiful and gives us so much good energy especially when we’ve got waves like this.”

Another quarterfinalist that will benefit from the top 10 carnage today is South African Jordy Smith (ZAF) who is poised for a run at his maiden title with a solid result in Tahiti. Smith made it past Ricardo Christie (NZL) and former event winner Julian Wilson on his way to a Quarterfinal matchup with Adriano de Souza.

“I’m sure it’s tough for those top guys to go down,” “I don’t want to think about them too much, I just need to do my thing and focus on my surfing. That win was a tough one, Julian is a past winner out here and is one of the best so it was never going to be easy. I just need to cruise and focus on tomorrow.”

Caio Ibelli (BRA), 2019 CT Rookie Seth Moniz (HAW), former event winner Jeremy Flores (FRA) and CT comeback kid Jadson Andre (BRA) all displayed brilliance in the challenging conditions to progress into the Quarterfinals which will run tomorrow as we look to crown our 2019 event winner at the Tahiti Pro Teahupo’o presented by Hurley.

For the first time, Former Championship Tour standouts C.J. Hobgood (USA), 2001 World Champion, and Damien Hobgood (USA), 2007 Tahiti Pro winner, faced each other at Teahupo’o, a spot each has dominated over the years, for the first time. In classic Tahitian conditions, the brother’s went toe-to-toe in maxing waves at Teahupo’o. Damien’s strong performance proved victorious, but the world’s best surfers were enthusiastic about seeing the iconic twin brothers battle one another in some of the most critical waves on the planet.

Pro Surfers Team Up with Coral Gardners to Restore Nearby Reefs

For the Tahiti Pro Teahupo’o, WSL collaborated with ‘Glowing Glowing Gone’, a global campaign advocating for greater funding and action for coral reef conservation by highlighting the global danger signaled by fluorescing corals. The collaboration features a complete takeover of the Tahiti Pro Teahupo’o presented by Hurley event branding to incorporate the exact colors of fluorescing corals, in addition to WSL’s support of Coral Gardeners, a youth-led non-profit organization that is actively restoring coral reefs in the area.

To learn more about how to get involved with Glowing Glowing Gone and the Coral Gardeners, please visit WSLPURE.org. 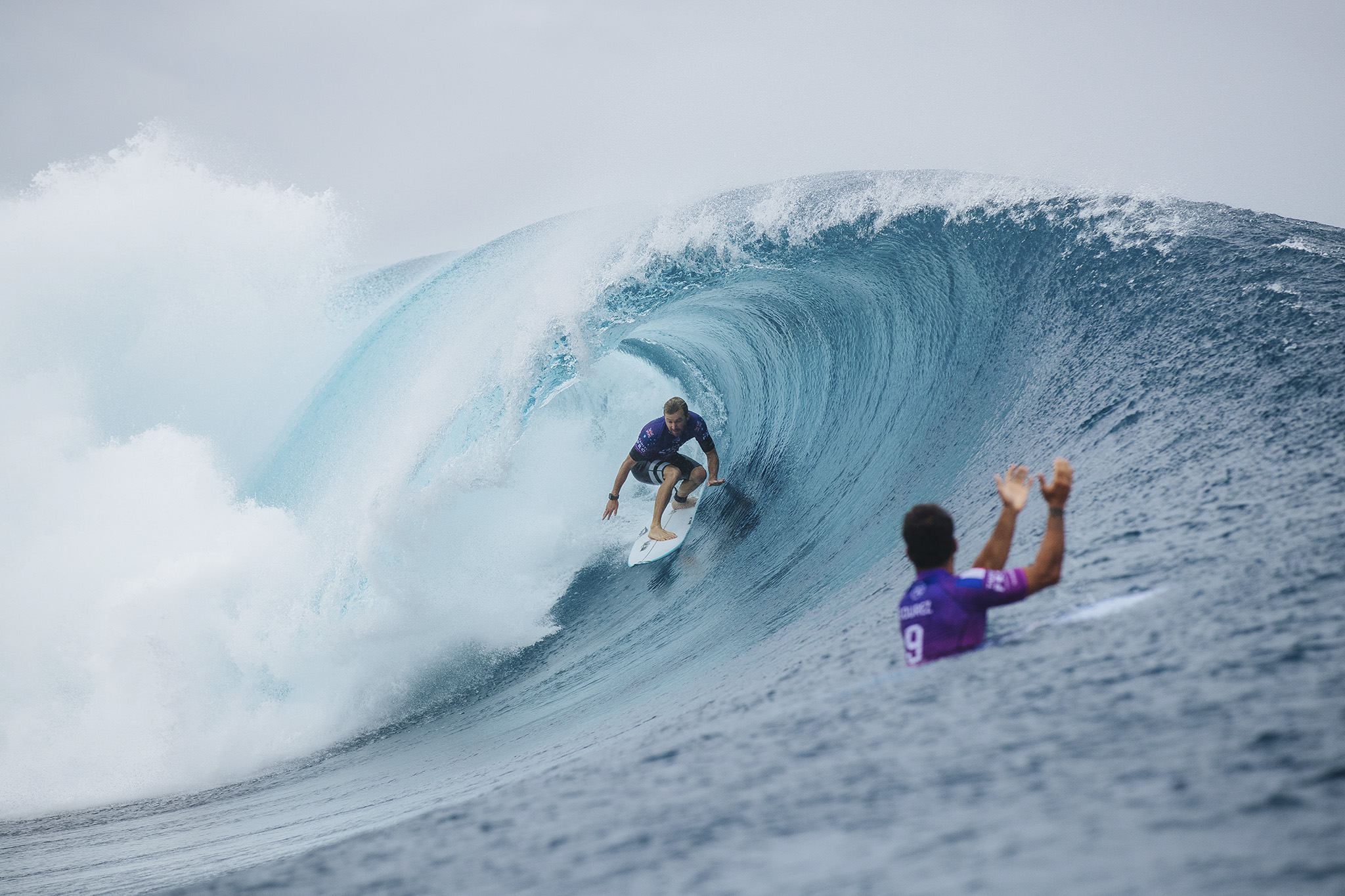 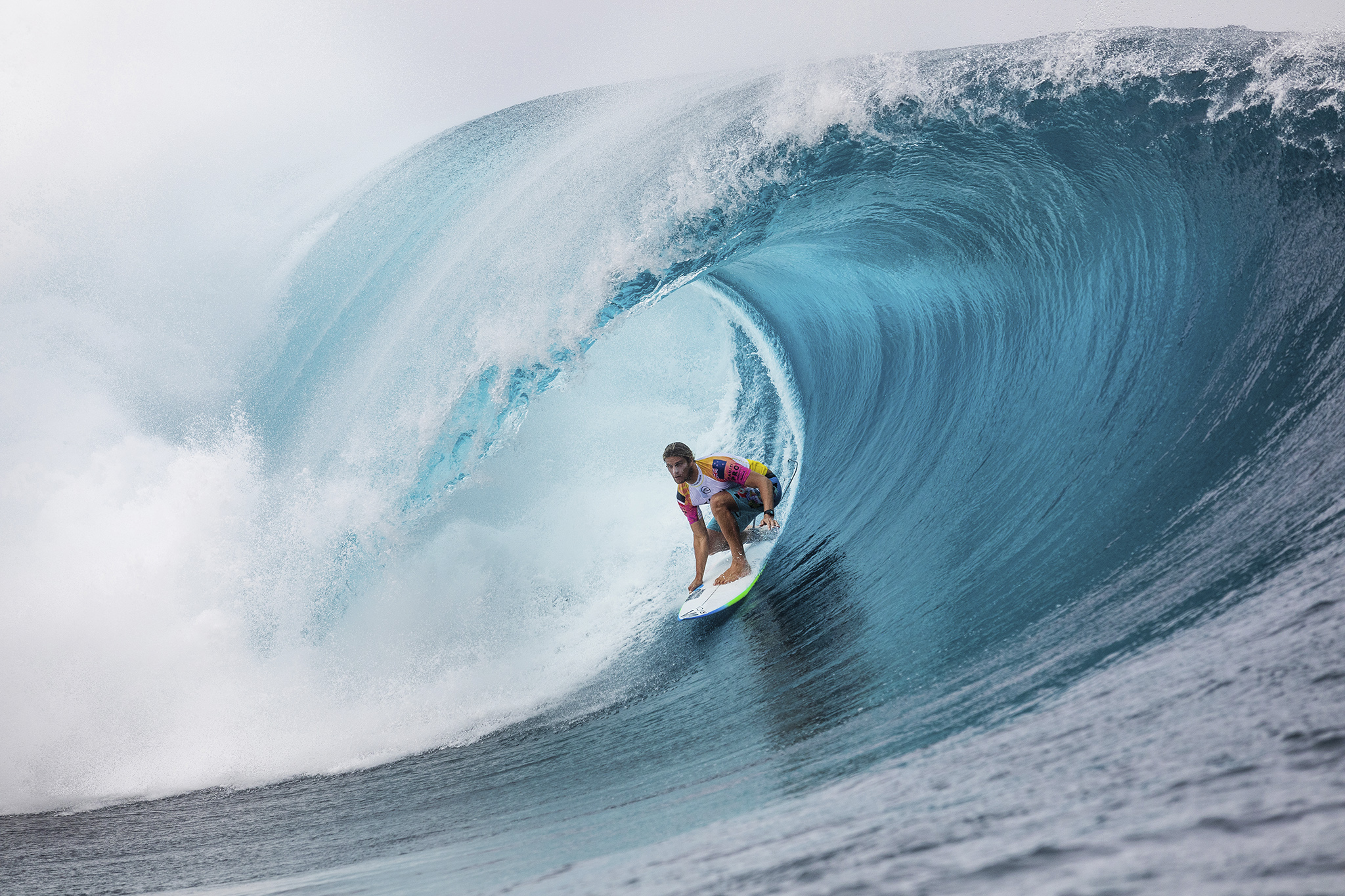 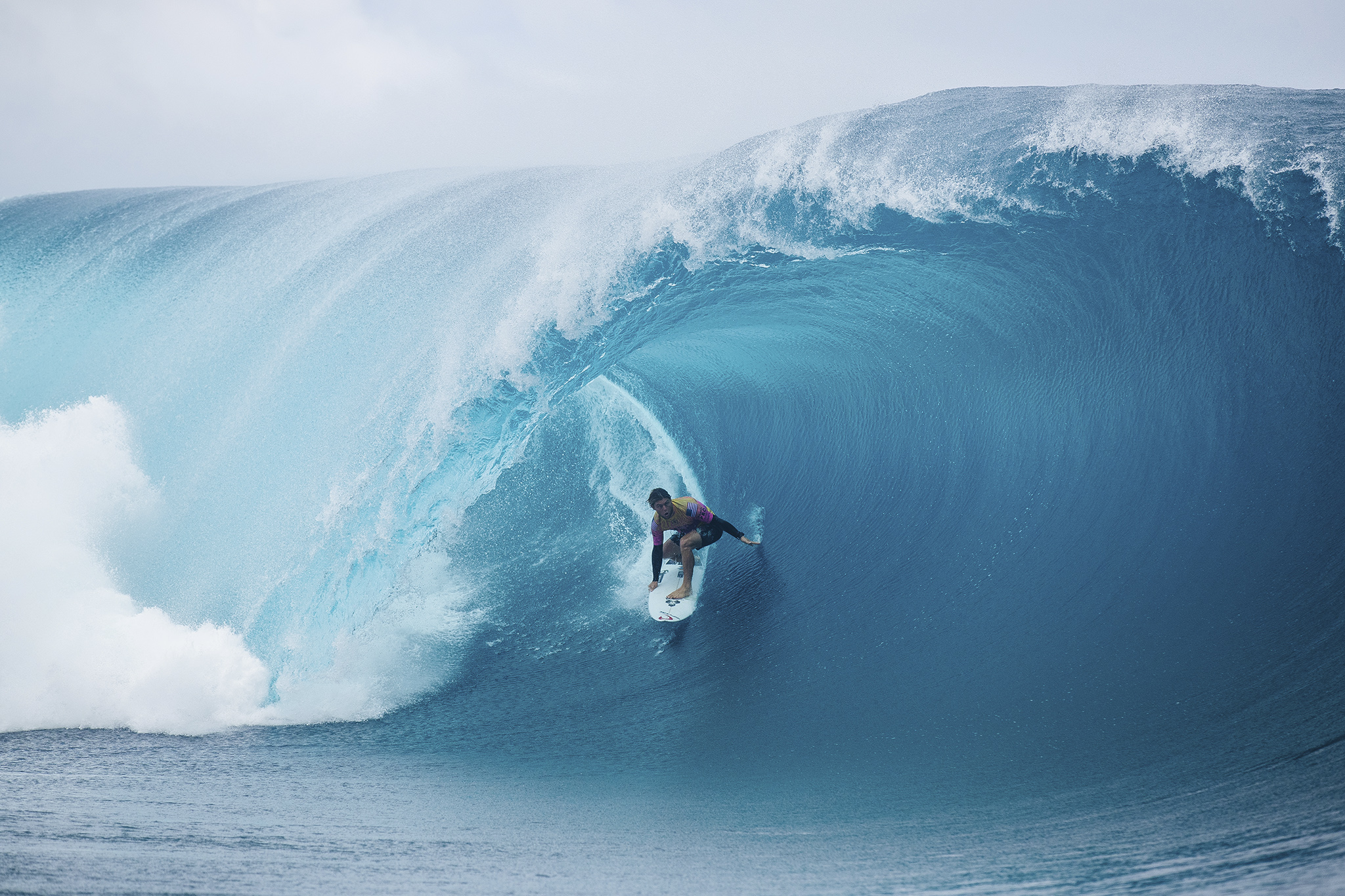 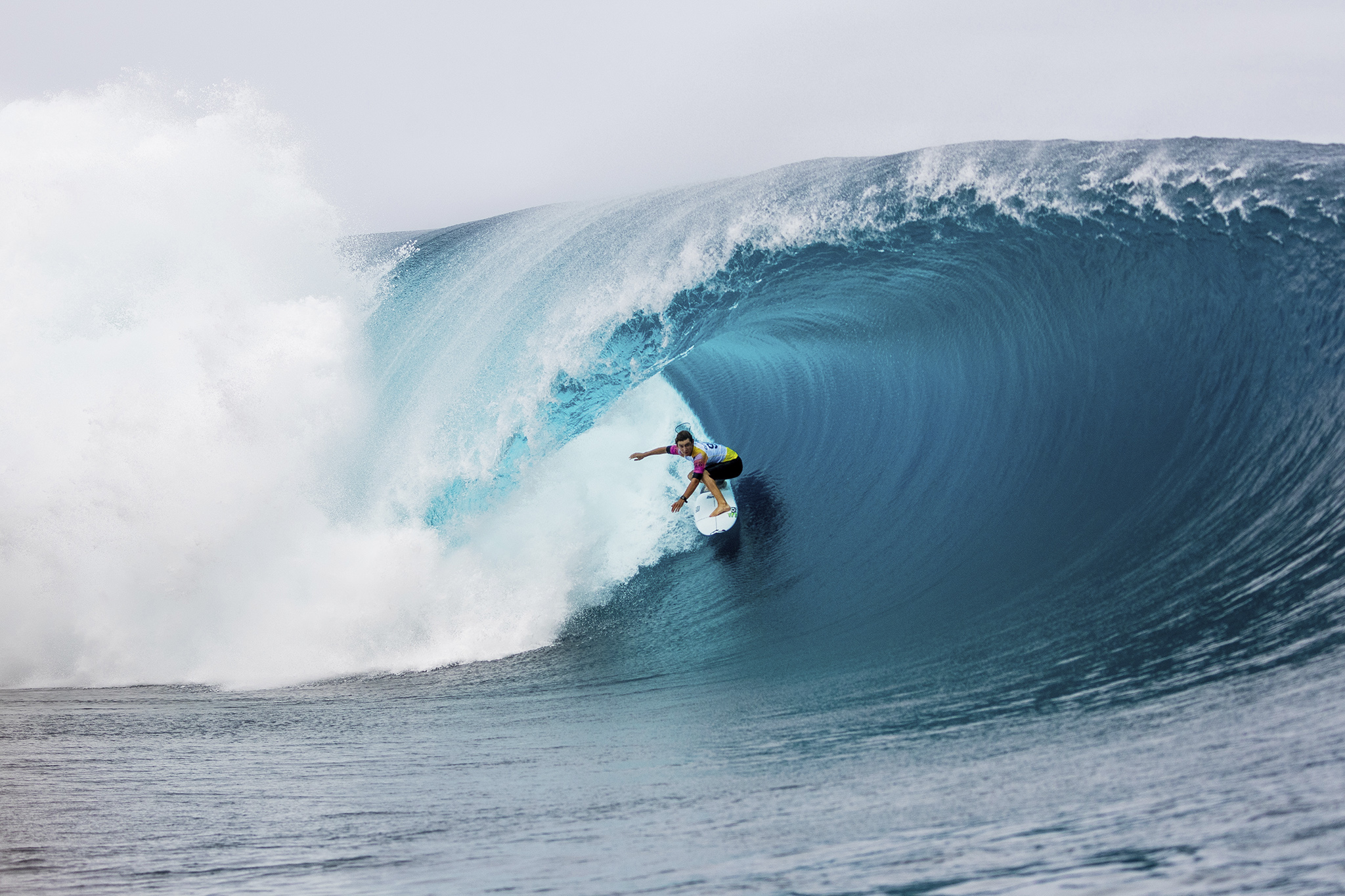 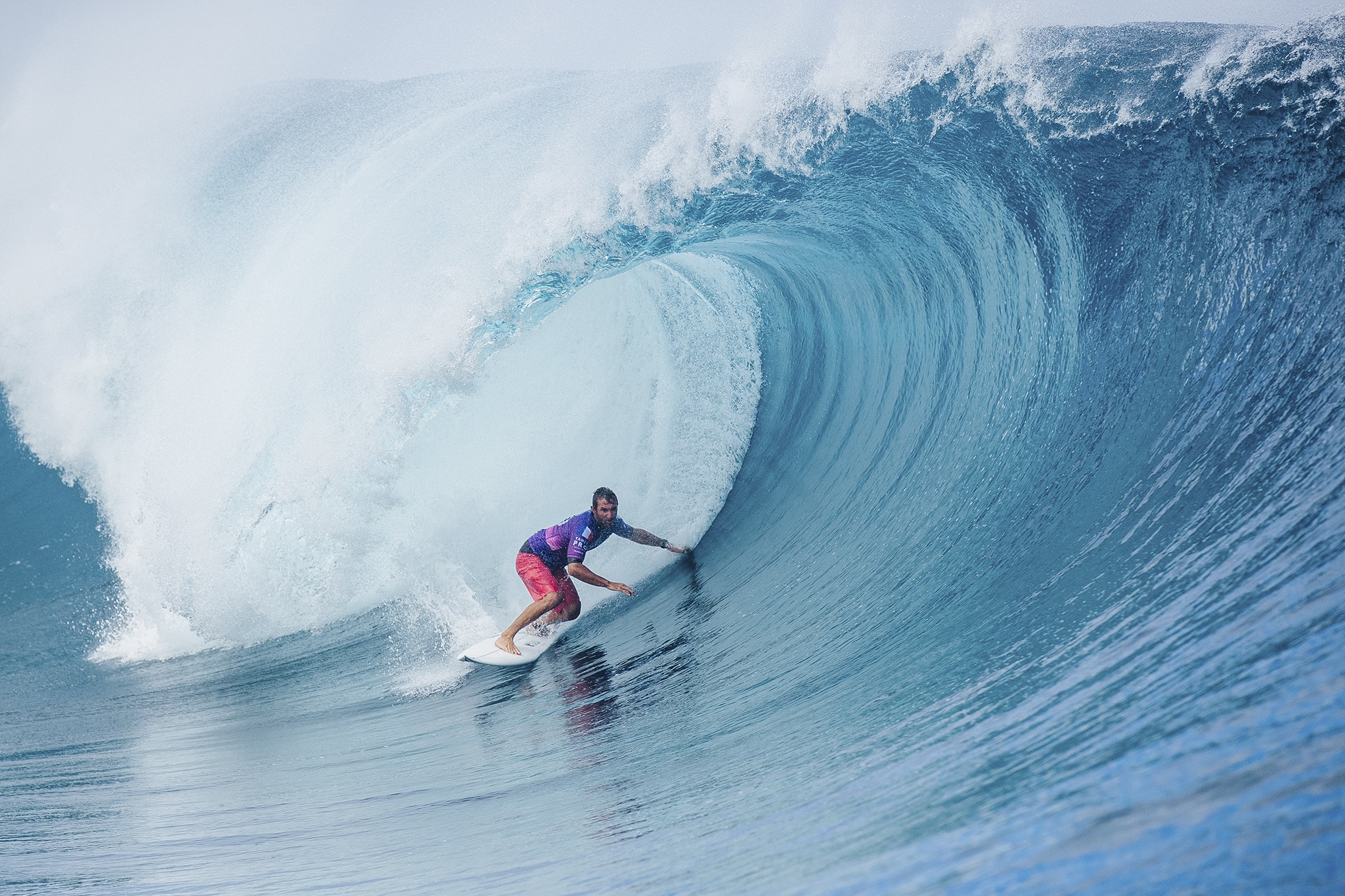 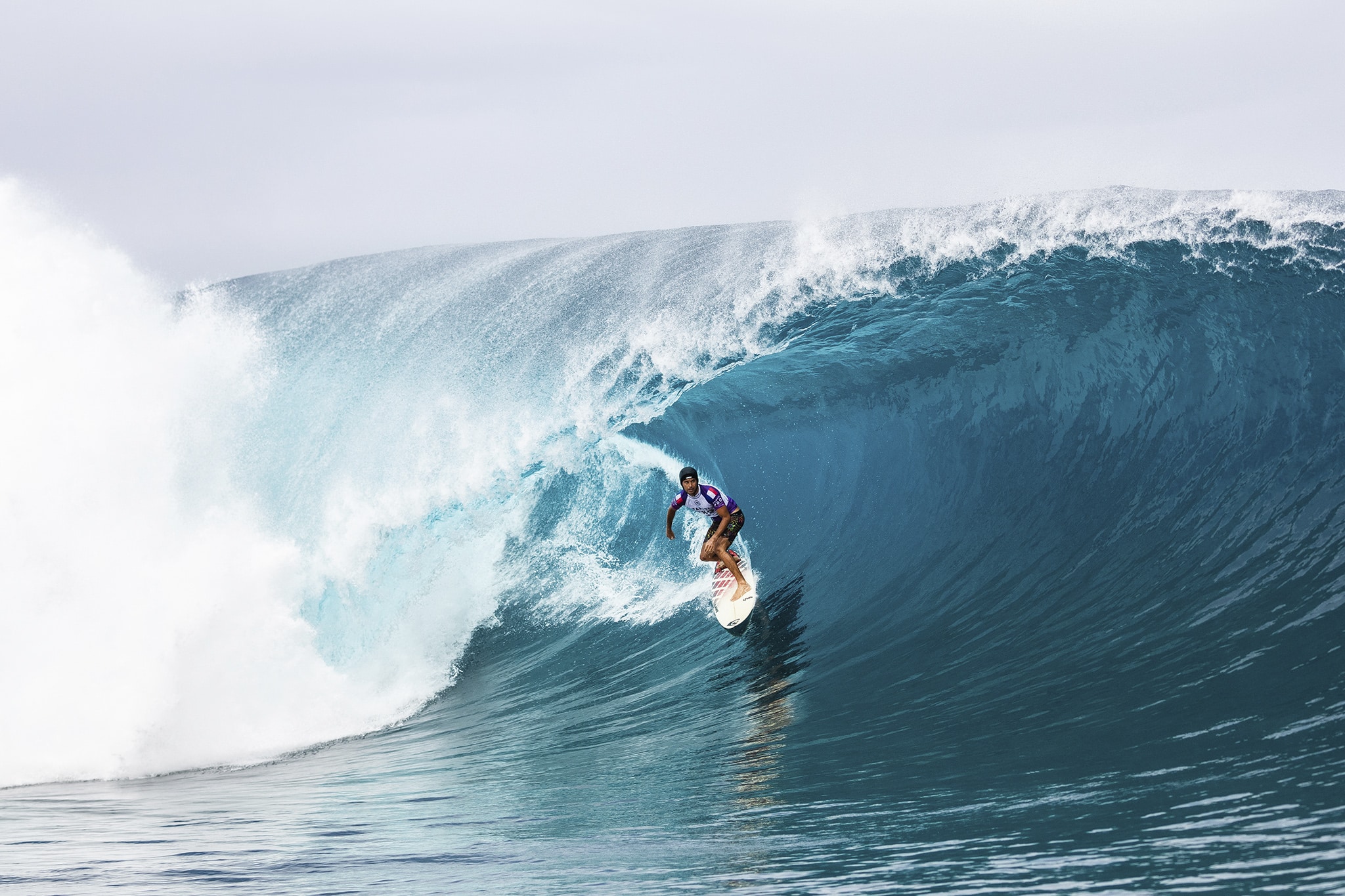 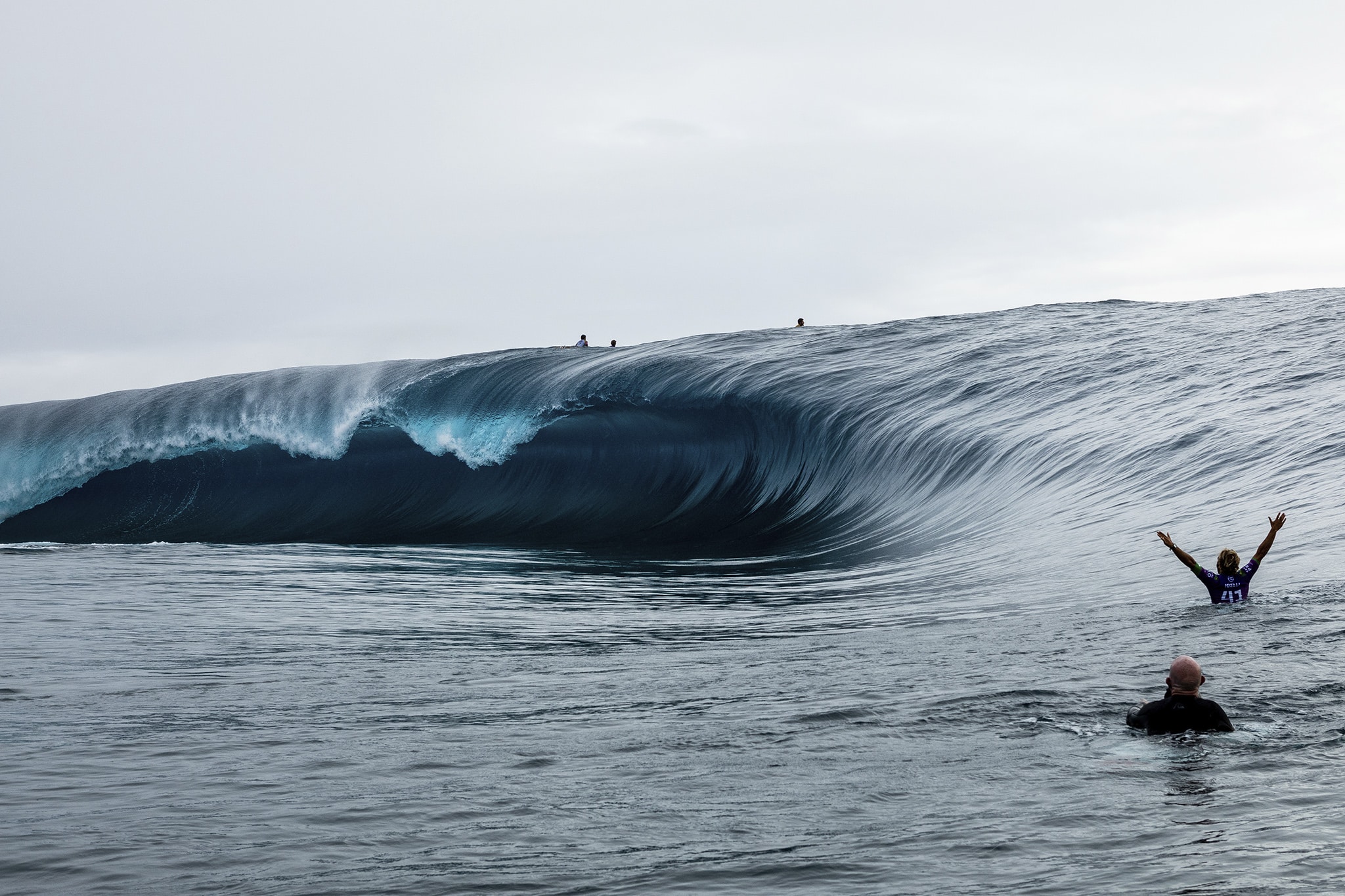