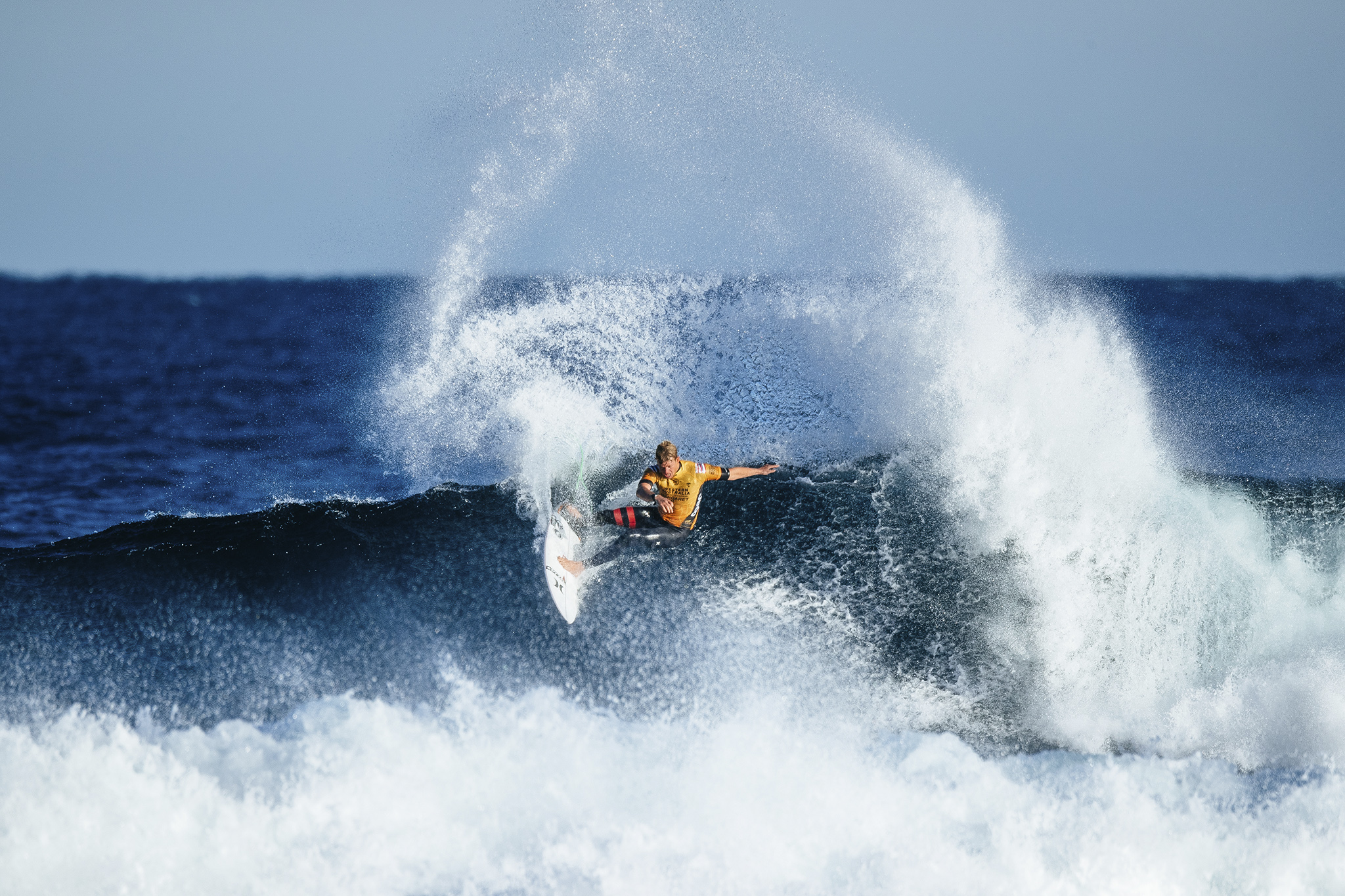 Big news from the ISA with this announcement of the big CT names attending the ISAs they probably last did as juniors. Even though the crew announced are pretty much locked in Olympic qualification wise from the CT position it’s part of the deal they attend the ISAs. With the top 10 CT guys and 8 women on current standings the following will be straight in:

The last ten will be decided by ISA Games and Pan American Games placings. With the top finisher from each continent in the 2019 ISA games getting a spot and one from PA Games. The last 4 are from the 2020 ISA Games. Going on current WQS rankings as a form guide alone that could be:
Japan: Reo Inaba (Asia)
Portugal: Frederico Morais (Europe)
New Zealand: Billy Stairmand (Oceania)
South Africa: Matt McGillivray (Africa)
Peru: Alonso Correa (Pan American Games spot)

So the door is open for Luke Dillon or Gearoid McDaid from our part of the world if they can blow the doors off the ISA games in either year.

The International Surfing Association (ISA) is thrilled to announce the World Surf League (WSL) Championship Tour (CT) surfers that have been nominated to represent their National Surfing Teams at the 2019 ISA World Surfing Games (WSG) in Miyazaki, Japan September 7-15.

The nomination of the top WSL surfers will make for one of the most exciting editions of the event to date and will promote the incorporation of the world’s best surfers on their national teams. The ISA World Surfing Games have been held since 1964.

This event will be held eleven months ahead of the 2020 Tokyo Olympic Games. As per the Olympic Nomination and Eligibility Requirements, up to the top three men and women per country on the WSL CT will automatically be nominated to compete in their National Surfing teams in the 2019 WSG. Surfers that are nominated must accept their nomination in order to retain eligibility for the Tokyo 2020 Olympics, barring illness or injury.

According to the Olympic qualification system, the top ten eligible men and eight women, maximum two per country, at the end of the 2019 WSL CT season, will earn qualification slots for the Tokyo 2020 Olympic Games. This end-of-year ranking will also be used to determine who is nominated to be members of their national surfing teams at the 2020 WSG (dates and location still to be announced).

The 2019 ISA World Surfing Games is also an Olympic Surfing qualifier itself, awarding Tokyo 2020 slots on a continental basis to the top finishing eligible man and women from Asia, Africa, Europe, and Oceania. The Americas’ qualification slots will be determined at the Lima 2019 Pan American Games in July.

“This World Surfing Games is set to be the most competitive and certainly most high-profile in the history of this event that started in 1964. The event format is open to all National Surfing teams. It’s totally universal, in the full spirit of Olympism.

“We’re stoked that the world’s best surfers embrace and understand the importance of the Olympic Movement. Most CT surfers have already competed and won medals in the ISA World Junior Surfing Championship so the national team format is not new to them. This ISA World Surfing Games will provide us all with a glimpse of the national pride, team camaraderie, and global stage that will be in full swing during the 2020 Tokyo Olympic Games.

“The participation of the top WSL professional surfers is also a testimony to the positive and collaborative working relationship we have developed with the World Surf League over the years. Surfers from the five continents will join the WSL contingent, for this historic competition, part of the first ever Olympic Surfing cycle.” 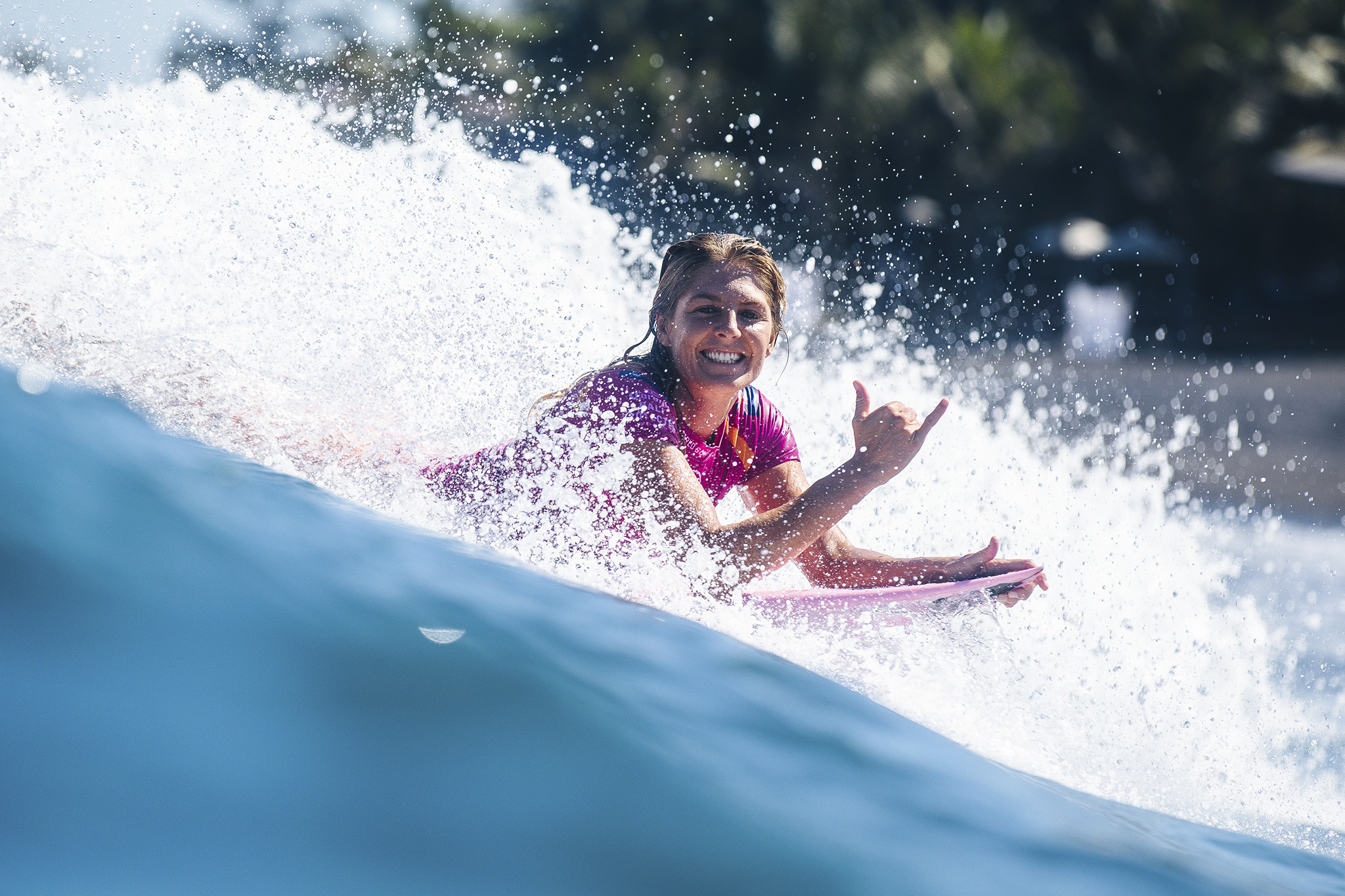 Stephanie Gilmore will be hoping to be on top of that Olympic podium as well. Photo by Matt Dunbar/WSL