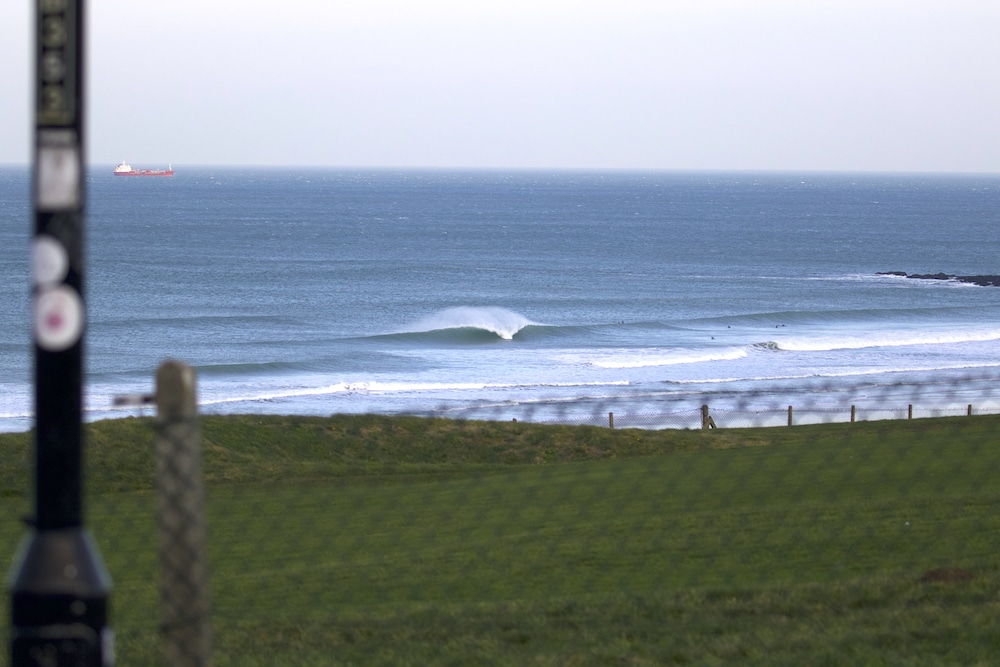 As we see a boom of people getting into water we are hearing more reports of how badly some surfers are behaving (dropping in, getting in the way and so on).

It is really important that everyone sticks to the rules of surfing so everyone can have a good time.

Failure to do so leads to dysfunctional line ups and that usually leads to frustration, drop ins or getting in the way to collisions and injury, which suck.

Here are few guidelines everyone should stick to.

Respect the locals and the lineup rules.

All spots have locals, they are the people who regularly surf the spot, know the place inside out, and in many places look after the environment and help in cases of emergency.

In the main locals are actually good for non locals. They form the basis of the lineup on any given day, and because they all know each other they form a functional rotation on the peak as in general they tend to observe, respect and reinforce the age old rules of no dropping in and no snaking.

If you wait your turn and watch what is happening you can slot into the rotation, maintain the functionality and everyone, including you, has a better time. This can work even in really heavy crowds.

It’s also the responsibility or experienced surfers to set a good example and point out any errors in a friendly way. A lot of new surfers don’t know the rules or how to paddle out without disrupting rides. If you have a chat and help them it’s a win win.

I think all locals know locals that push the boundaries…However I’ve sat and waited at some of the heaviest spots in the world and been called into waves by locals as a result or respect and waiting my turn. Obviously then you really have to go, which sometimes is worse than not having any waves at all!

When car-loads of visitors start turning up at spots it increases the crowd. Four cars is an extra 20 people; this puts pressure on the lineup in a very short time.

But if the incoming surfers integrate into the established circulation and abide by surfings rules, then it leads to happier more functional line ups that can handle larger numbers.

On the flip side failure to observe etiquette often leads to a quick breakdown and an every man for himself attitude, which leads to anarchy and an unpleasant experience for everyone. I’ve seen it literally happen in minutes.

Lineup rules have been established for decades and are there for safety and so everyone has good time. A well organised lineup is usually a lot happier and leads to more waves for everyone than an anarchic lineup – lot’s of people trying to ride every wave and getting in the way.

Turning up at a break with eight of your mates provides an instant crowd and puts everyone on the defensive straight away. If you are in a large group, go surfing in shifts.

Do unto others as you would have done to yourself.

Never drop in.
Never snake the peak.
Never paddle out and try and take every wave that comes through.

Pretty obvious really, but it’s amazing how many people forget.

Don’t get in the way of the surfer riding.

It’s amazing how many surfers will continue to paddle directly in the line of an oncoming surfer, ruining their ride and increasing the chance of a collision.

If you are caught inside it’s your responsibility to stay out of the riding area.

If you can, paddle out wide of the peak.

If you find yourself stuck inside with a surfer hurtling towards you, paddle in the opposite direction, or towards the whitewater.

If all else fails, stop, sit up on your board and let the surfer have a clear path to continue his or her ride.

Insta is all the rage however you have to remember it is a used as a surf report. One post early doors and you may be left wondering where everyone came from as they come running from hills to join you. Sure everywhere has surf forecasts and webcams, but an Insta story report adds to FOMO and confirms conditions to 1000s of people within the locality. Hold the froth and post later.

Also remember the Insta accumulator. If one photog takes shots of 15 surfers and they all post instantly that is 15 accounts x 500+ followers going out to local followers with FOMO or within a quick drive.

Sometimes bigger accounts get blamed for crowds, but their followers tend to have a national or international spread as opposed to local followings. No one is jumping in a car in Florida to get to Cornwall after seeing a week old shot. Word of mouth via local accounts, or texts and phone calls, is often way worse in terms of froth factor, and impact.

If you take this a step further and add in more photographers and surfers, you can see where it’s going. The digital age has really opened up photography and content which is great. We all love a shot of ourselves and everyone would post. We love seeing all your shots. But it is a whole new world of 1000s of shots of spots being posted everyday. It all has an affect and leads to interesting situations. A while back for example someone took umbrage to our posting of a very busy popular spot, but a quick look at their profile revealed they had posted and geotagged every spot they had ever been to including secret spots. And so had their friends…

What is the solution? Well real secret spots should be left off radar unless you really know what you are doing. By secret we mean less than handful of people surfing it from one area or a small real close knit crew. There are still some left but not many. After 45 years of surfing and 28 years of exploring with the mag we know the history of most spots, even gave a few their names, but some we definitely keep some of them off the map. Why? Well it’s better they are discovered slowly, and that keeps pressures down to a minimum. Again word of mouth is way more powerful than many think. We have seen proper secret spots blown overnight just by loose lips and over excitement, and there are spots that have never appeared on media pages or maps now crowded every swell. On the flip side some waves just look after themselves.

Sensitive spots – these aren’t secret but they may be places with parking problems, or be places just off the beaten track. If you are going to ‘gram them just keep the geotags off, post days later and be respectful.

Welcome! Surfing is both a blessing and curse. It is so addictive. Unfortunately it is also a very selfish sport in that everyone wants the best waves for themselves and gets bit of tunnel vision from time to time. No one can blame anyone for wanting to surf, but everyone wants quieter waves.

If you’re a beginner, don’t go at it like a mad dog; take the time to sit and watch and you’ll pick up some tips from the better surfers or the locals about how to surf the wave (particularly good on reefs and points). Learn about lineups, the rules how and where to paddle out. You will get more waves and improve quicker as a result.

Lineups are under a lot of pressure during furlough, but if everyone sticks to the age old rules and respects each other we’ll all have a better time!