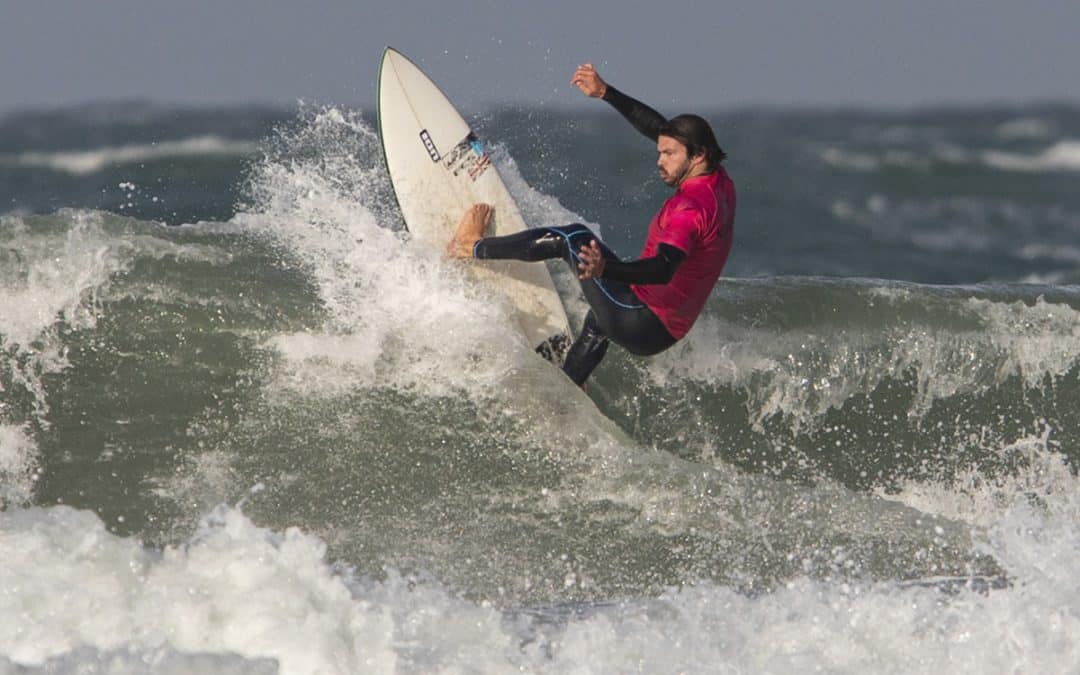 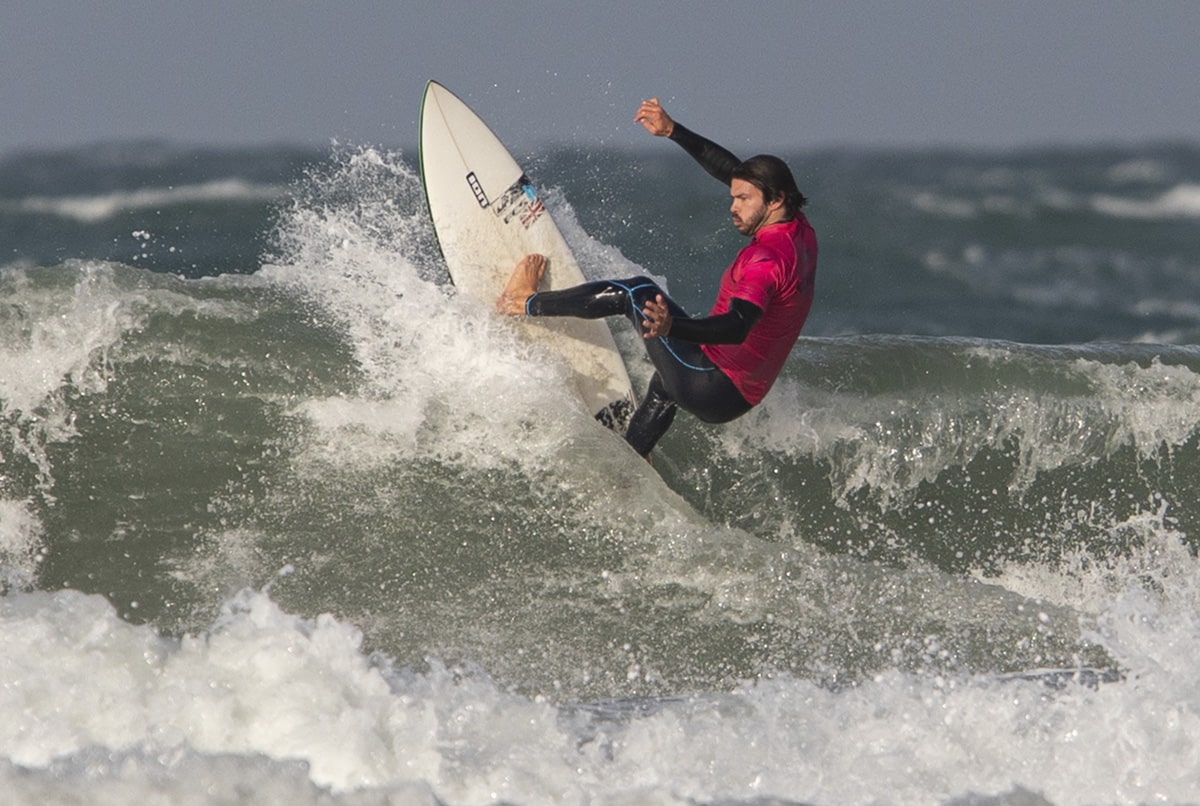 In the Women’s Division Ellie Turner turned up the heat and battled it out with Peony Knight. The lead went back and forth but eventually claimed by Ellie. She had to win to take the tour title. Third place went to last year tour champion Emily Currie. Fourth Lauren Sandland.
Seth Morris stole the show in the Under 18 Boys. Making the final of the Open Men’s, spending more than three hours competing in cold stormy conditions. Second went to Noah Capps, in doing so taking the UKPSA U18 Boys tour title. Third was Max Hudson and fourth Stanley Norman.

Unfortunately due to deteriorating conditions the Under 18 Girls final was cancelled, deemed too dangerous. The UKPSA Under 18 Girls Tour title was then tied between Lauren Sandland and Belle Betteridge but on a count-back Belle took the trophy. 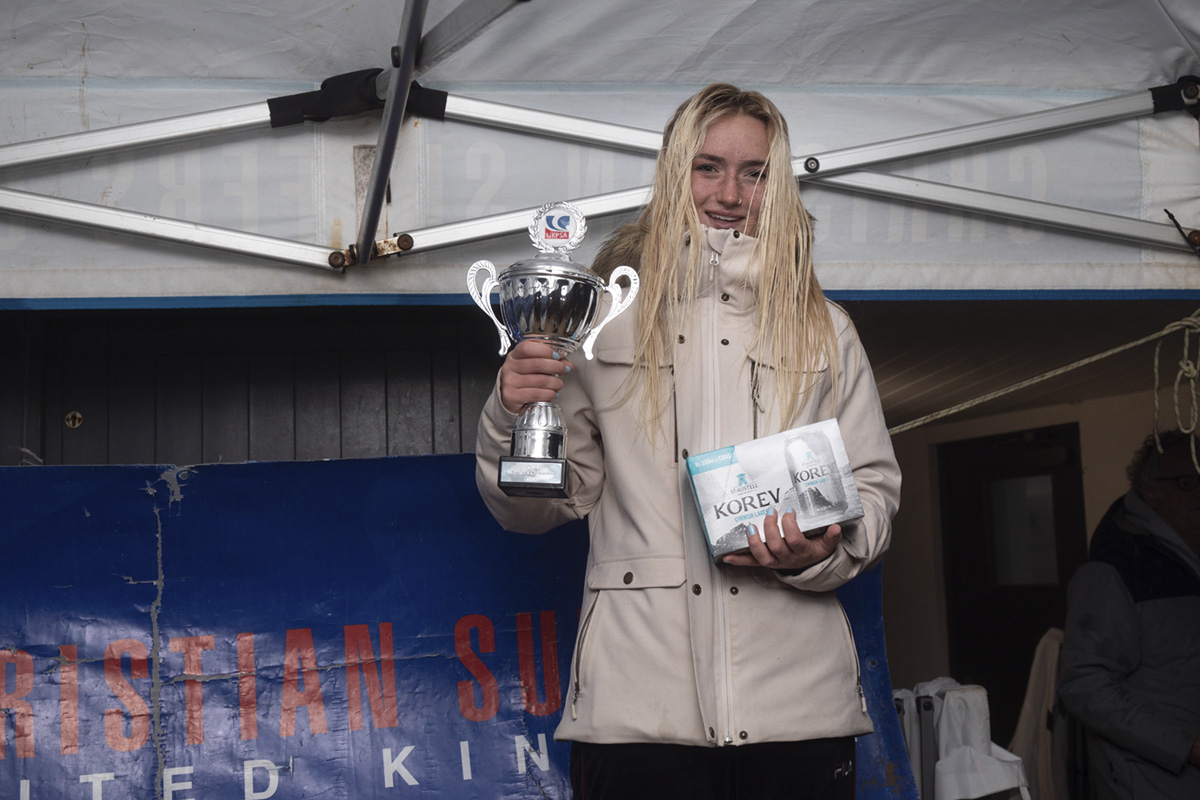 Dave Reed Tour Director commented “The event was one of the most challenging we have ever put on. Postponed from May, then September, now run in extreme surf and weather. However, this did not blunt the performances of the surfers as we saw spectacular surfing and worthy winners crowned. I would like to thank Watergate Bay, Extreme Academy, Christian Surfers for their sponsorship along with Korev, Boardmasters Foundation, Fistral Beach, without them we would not have an event”. Adding “Would also like to thank Sumo Media for providing events live to the world free through online streaming.”

We are now looking forward to 2020, which promises to be a very big year for Global surfing.

For further information go to  ukprosurf.com 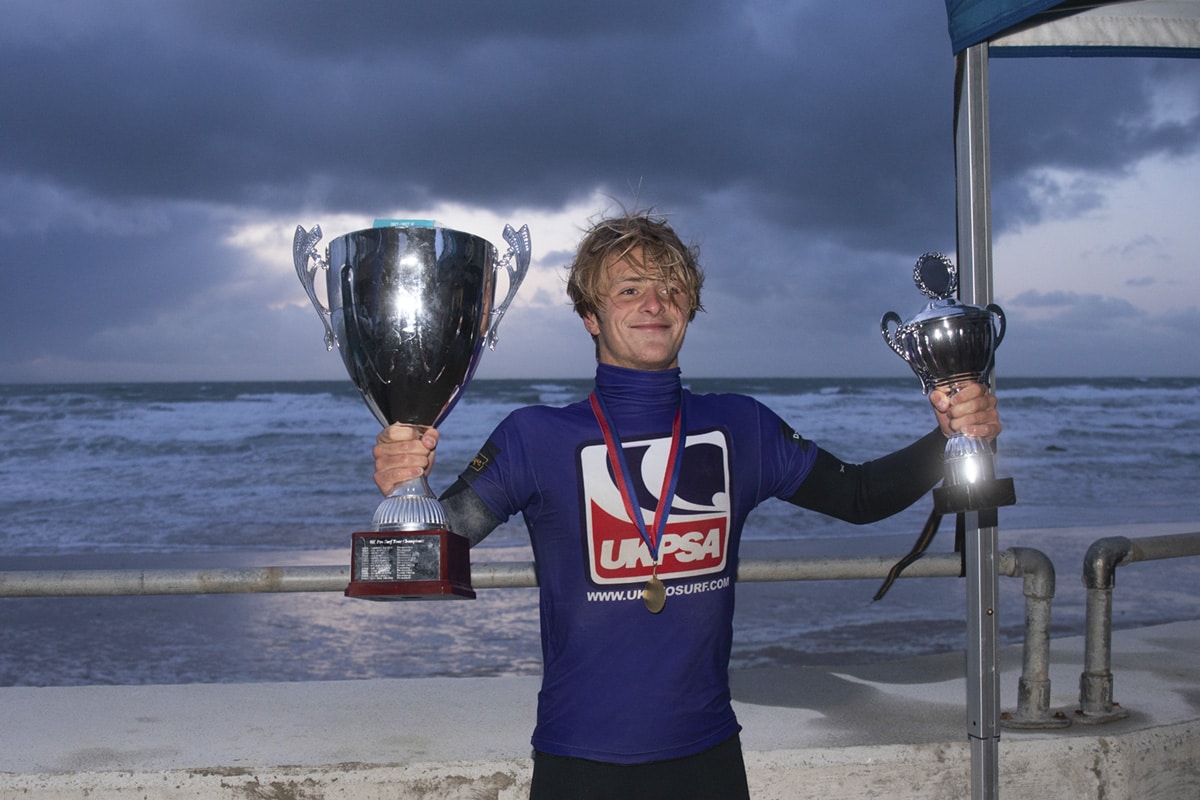