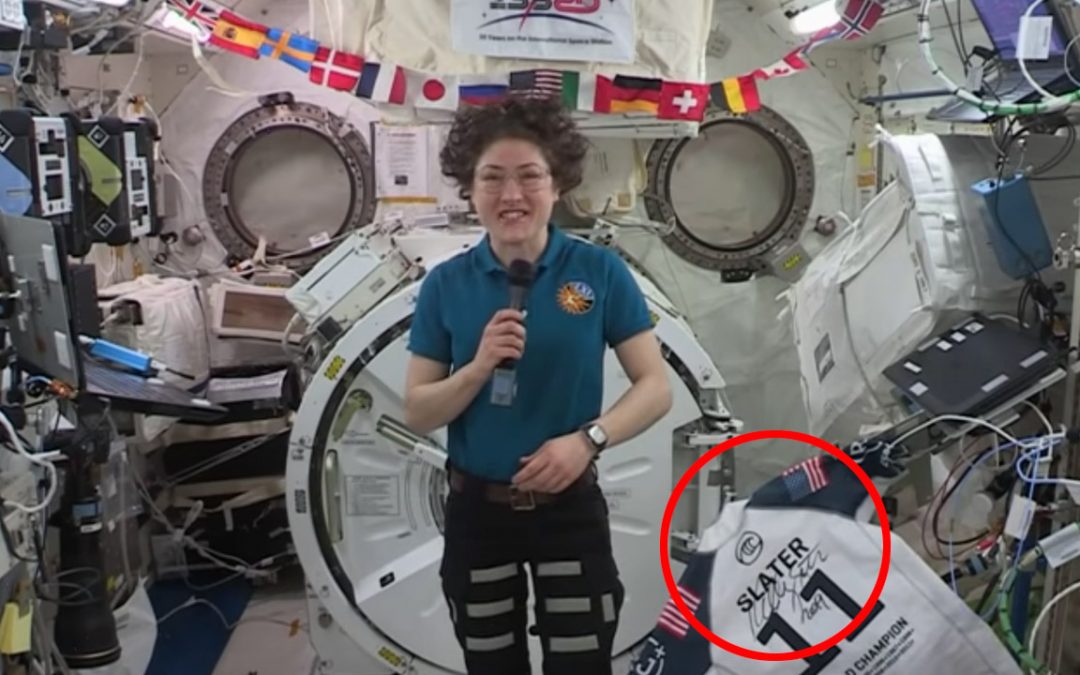 Having a swell time in space.

Christina Hammock Koch has a rad job, she’s a NASA Astronaut currently on board the International Space Station. On top of that she has a sideline in taking the ultimate surf line up shots aboard ISS itself.

An international crew of six people live and work while traveling at a speed of five miles per second, orbiting Earth about every 90 minutes. In 24 hours, the space station makes 16 orbits of Earth, traveling through 16 sunrises and sunsets.

She recently caught up with Kelly Slater to talk her love of surfing and other outdoor activities during an in-flight call Jan 10. Koch, who recently broke the record for the longest single spaceflight by a woman, is in the final month of a planned 328-day mission, the second longest by an American astronaut. Koch is scheduled to return to Earth Feb 6th on a Russian Soyuz spacecraft for a parachute-assisted landing on the steppe of Kazakhstan.

Check out some of her line space line up shots below.

Watching one of the longest left-breaking waves in the world from the @iss. #Chicama #Peru #SwellFromSpace

Congratulations, @stephaniegilmore for the win at Honolua Bay in Maui and to @rissmoore10 for clinching the world title! Inspired by all the athletes at every stop of the 2019 @wsl championship tour. #SwellFromSpace