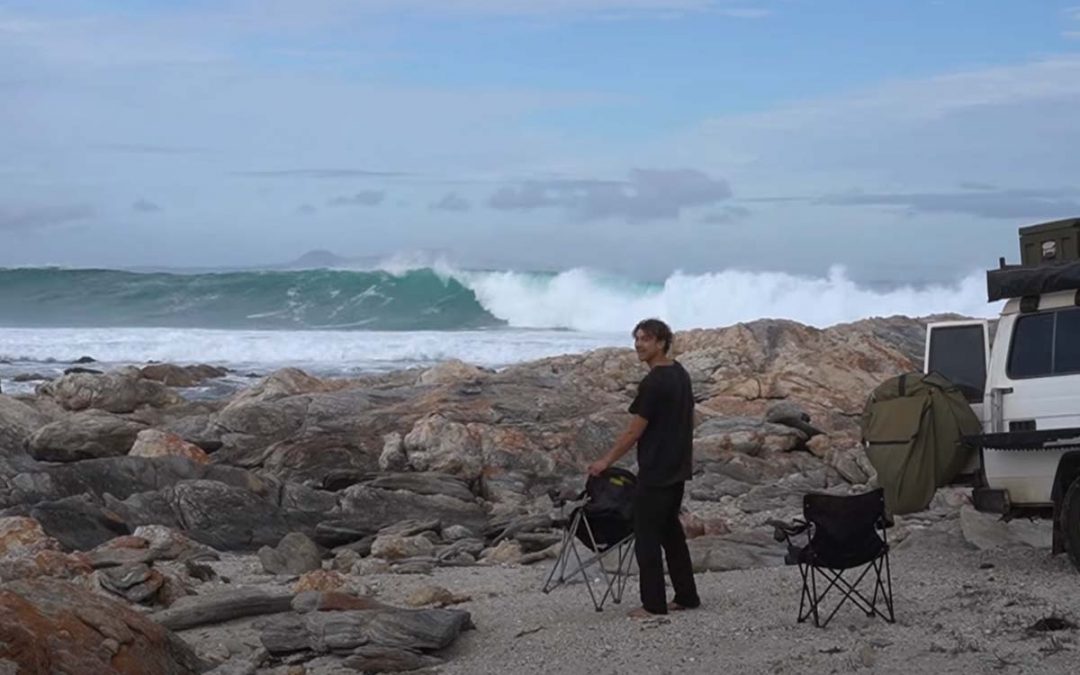 These are the kind of empty, pumping waves that every surfer dreams of. But in a remote and unfamiliar location, with no mates to get you frothing, no one to prove anything to but yourself, do you nelly up and paddle out? Or sit on the beach, making excuses while plagued with terror and self-disgust? 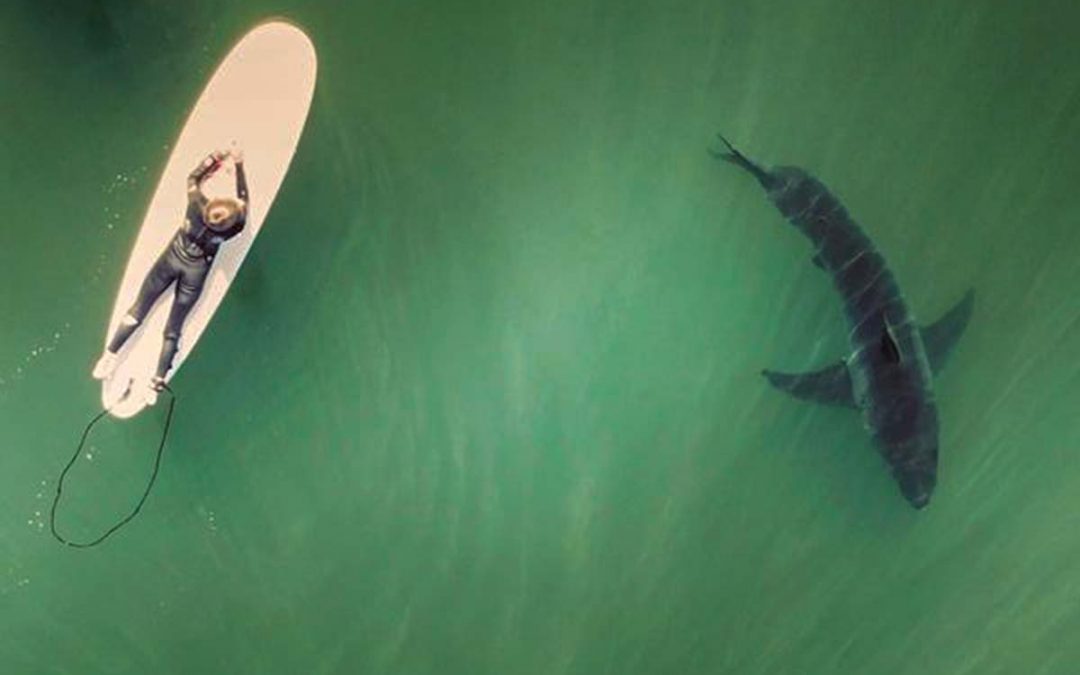 A drone captured images of several great white sharks swimming near a group of surfers just north of San Diego.

The footage was captured by scott_fairchild and in his own words “It’s always fascinating to watch them seamlessly interact and coexist with the surfers”.

Remember people, sharks were there before us, give them the respect they deserve. 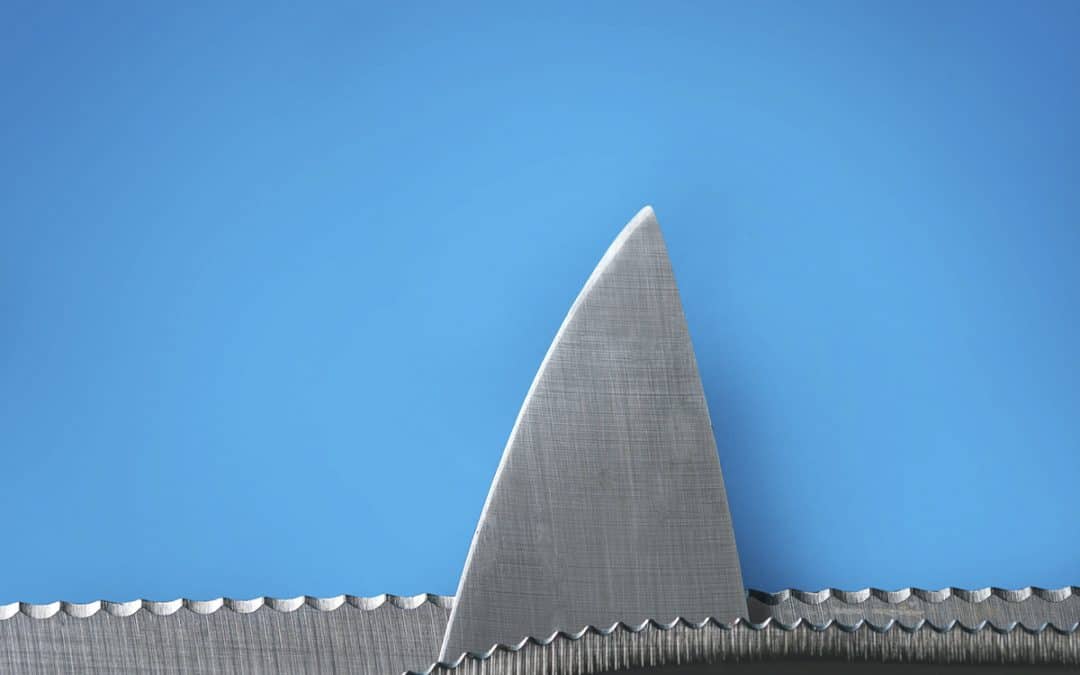 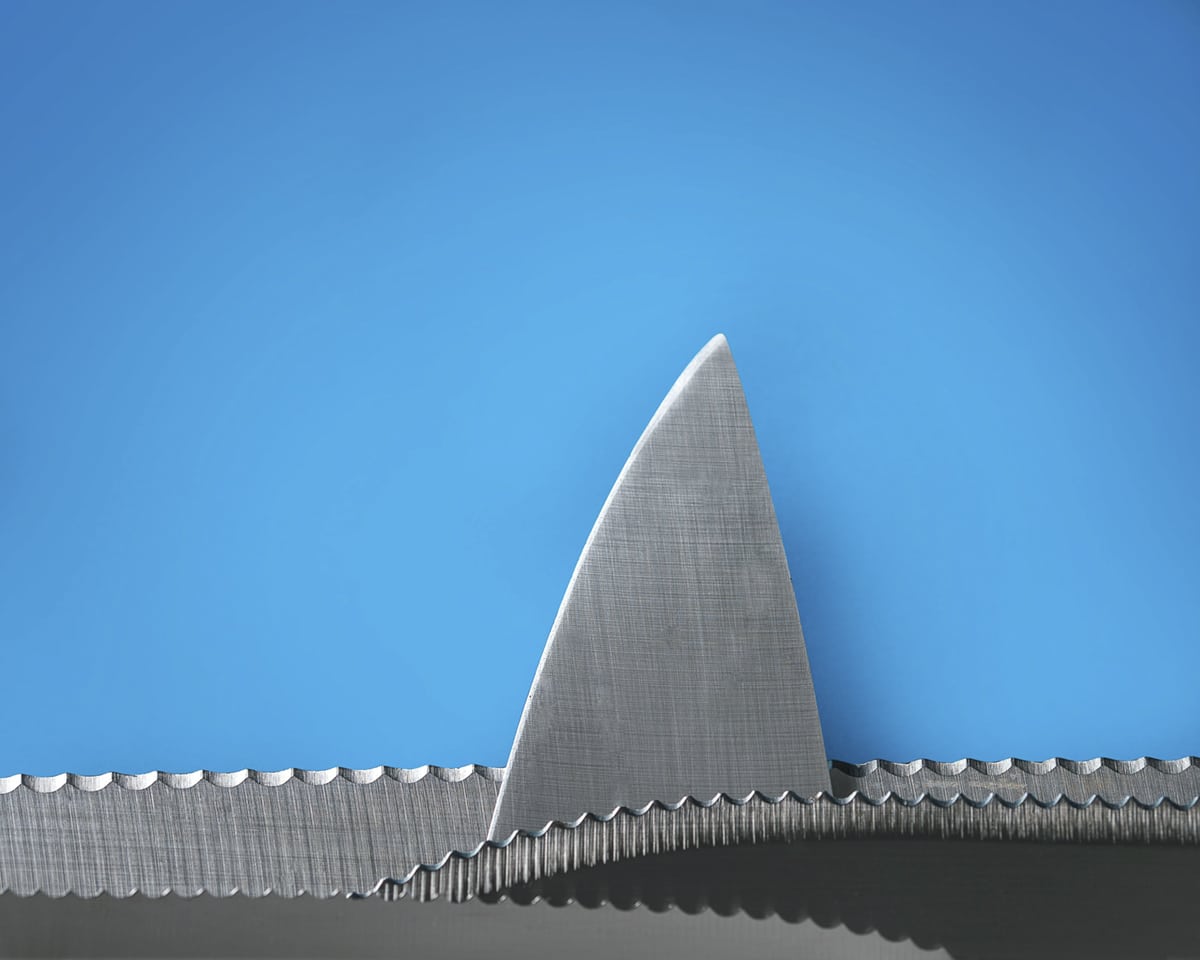 The UK will ban the import and export of detached shark fins and products containing them according to this latest press release.

The UK will go further than any other country to stop the cruel practice of shark finning International Ocean Minister Lord Goldsmith announced today, thanks to new legislation set to ban the import and export of shark fin products.
The UK has a strong track record in marine conservation and has been pressing for stronger international action to protect sharks against unsustainable fishing practices and shark finning, which is the practice of removing a shark’s fins at sea and discarding the finless body back into the water. 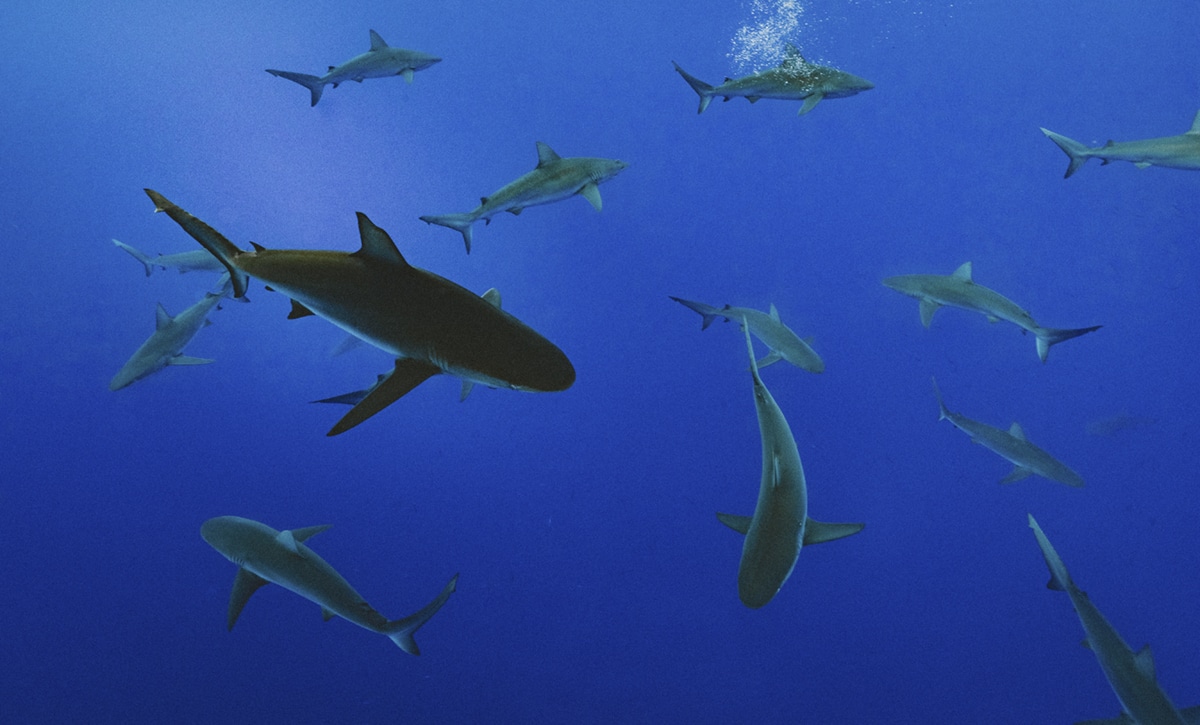 Many species of shark face significant population pressures. Out of over 500 species of shark, 143 are listed as ‘under threat’ under the International Union for Conservation of Nature – with different species ranging from ‘vulnerable’ to ‘critically endangered’. The presence and variety of sharks in marine areas acts as a key indicator for ocean health while the animals also play a vital role in marine ecosystems by helping to maintain healthy levels of fish below them in the food chain.

Demand for shark fin products is a significant driver for these pressures, alongside over-fishing. Banning detached fins from being brought into the UK will help to protect wild populations of shark species, such as the endangered short fin mako shark and overfished blue shark, which have both declined rapidly as a result of unsustainable fishing practices.

The ban will maintain the UK’s position as a world leader in protecting animal welfare restricting the import of and export of detached shark fins as well as products which contain shark fins including soup and other products. 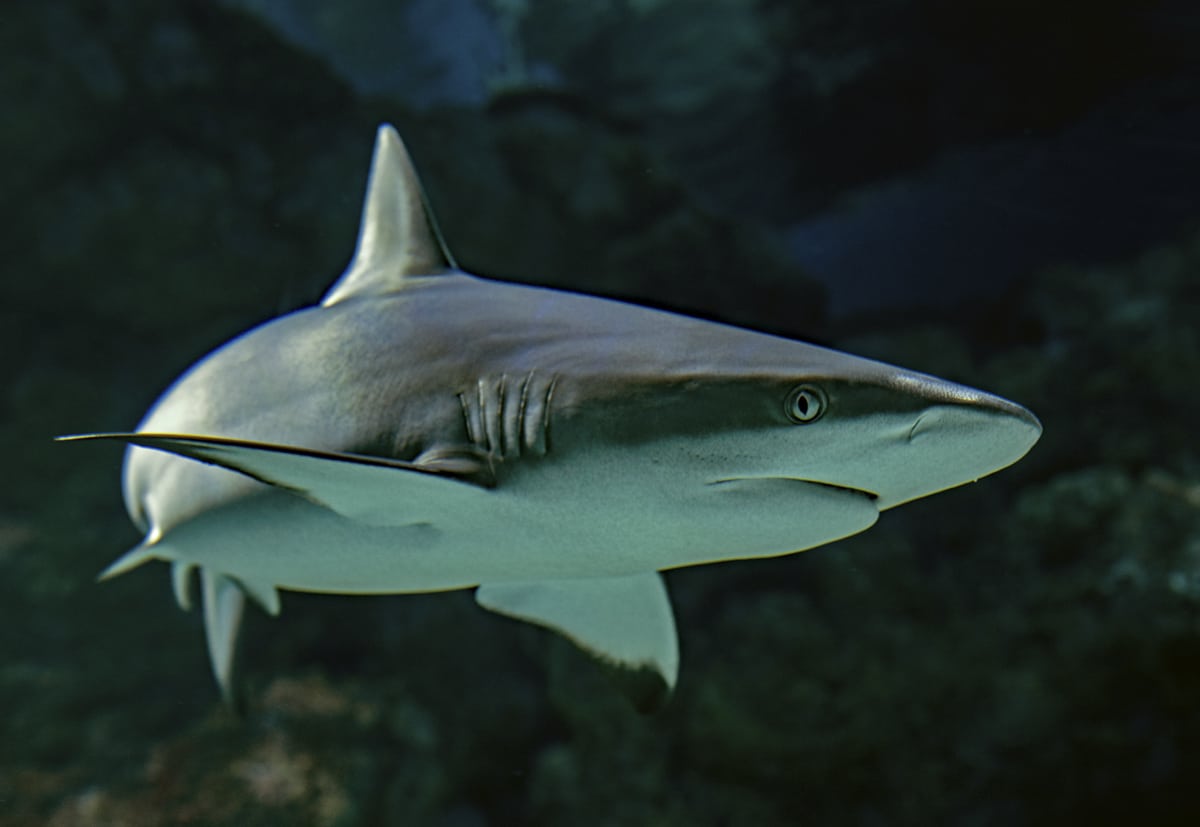 Animal Welfare minister Lord Goldsmith said:
Shark finning is indescribably cruel and causes thousands of shark to die terrible deaths. It is also unforgivably wasteful. The practice is rightly banned in UK waters, but the trade continues, with serious implications for the future of these magnificent creatures.
That is why we are now banning the import both of detached shark fins and shark fin products. Our action will not only help boost shark numbers, it will send a clear message that we do not support an industry that is forcing many species to the brink of extinction
The UK is a global leader in marine protection, with our ‘blue belt’ programme protecting an area of ocean around British Overseas Territories the size of India, as well as plans to pilot Highly Protected Marine Areas in our domestic waters. The UK is also leading a global campaign, supported by over 80 countries, for at least 30% of the world’s land and ocean to be protected by 2030.

Ali Hood, Director of Conservation for the Shark Trust said:
The Shark Trust welcomes the prohibition in trade in detached fins as the next action in a history of proactive moves by the UK Government, which supported leaving fins naturally attached as best practice years before adoption of the policy by the EU in 2013.
It is encouraging to see the UK addressing the fin trade as an element of overfishing: the principal threat to sharks and rays. And we’re noting that the UK is ramping up its engagement in domestic and international shark conservation issues, currently championing the science-based advice for a prohibition on mako in North Atlantic high-seas fisheries.

Shark Conservationist James Glancy said:
New measures from the UK Government to protect sharks from the cruel shark fin trade are welcomed by conservationists.
The unsustainable rate at which sharks are caught by global fishing fleets, as bycatch or deliberately for their fins and meat, has caused a significant decline in worldwide shark populations.
Sharks have been around for millions of years and play a crucial role for the health of our oceans yet, as a consequence of human activity, many shark species are critically endangered and face extinction in some regions.
We will continue to champion conservation measures for sharks through Regional Fisheries Management Organisations (the international organisations which regulate fishing activities on the High Seas) and under the Convention on International Trade in Endangered Species (CITES) which prohibits or requires trades to be carefully regulated. This ban represents another important step in our journey to delivering better shark conservation globally.

Today’s announcement is part of the Government’s plan to eradicate cruel practices and improve standards both domestically and overseas as set out in our Action Plan for Animal Welfare. 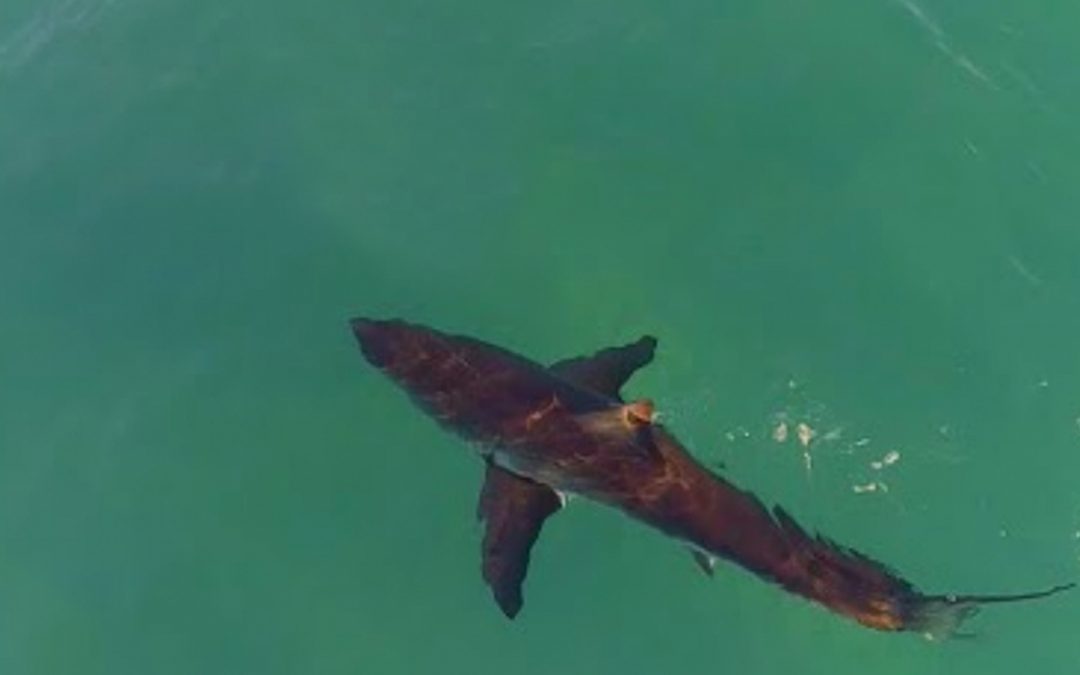 Great whites circle surfers, way too close for comfort at Tuncurry Beach NSW. The surfers were alerted to the men in white, by the drone pilot who filmed the footage, making a helluva quick exit to the beach. 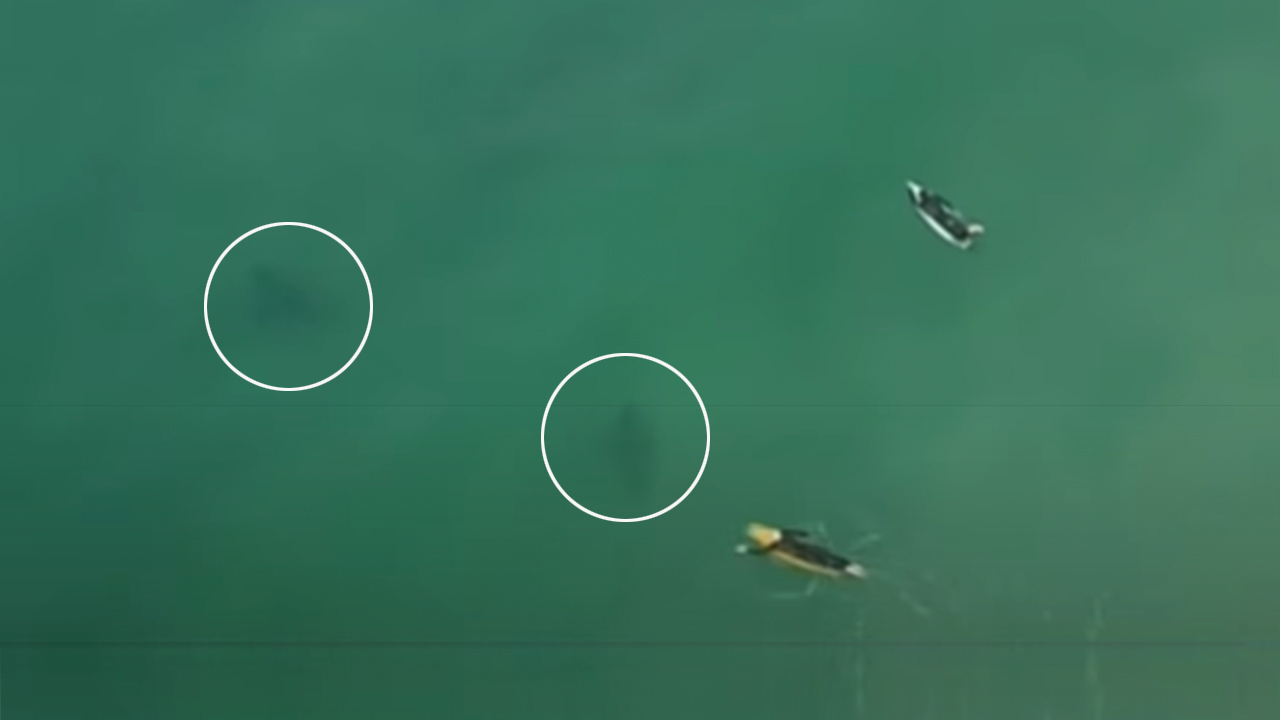 Filmed for the upcoming TV documentary Britains Sharks the video shows up to 200 blue sharks tucking into a dead humpback whale in an area called The Celtic Deeps between Cornwall, Wales and Ireland.

Dr Nicholas Higgs, a research fellow at Plymouth University’s Marine Institute, set up the experiment with Ben Fogle during the filming in the Celtic Deeps, a deep water trench between the coasts of Cornwall, Wales and Ireland.

Dr Higgs said: “When a whale dies it can float for weeks, and be carried along by the current for miles while being fed on by scavengers. Elsewhere in the world, we know that a huge range of animals will come in to feed, everything from great white sharks to tiny worms. But we’ve never had the opportunity to study one in the UK because when a whale washes up, it is taken to landfill.

“We had no idea what might come along to the feast. I would never have predicted that you’d have this many sharks eating this much of the whale at the surface,” he said.

“If you’d asked me six months ago about what was likely to happen to this whale, I would have said that you might get ‘a few nibbles here and there’, but most of that whale would end up on the seabed. What we’re seeing here is a huge proportion of it just being eaten and taken away by these sharks.

Britain’s Sharks is broadcast on ITV Friday, March 25, at 9pm.

Sharks spotted off the UK and Ireland include mako’s porbeagles, blues and baskers. Although the water is perfect for great whites there have been no corroborated sightings even tough scientists have been trying to find them for years and conditions are ideal.
Carve’s oceanography department however issue a warning for weavers which are about to come back to haunt the beaches.
* the whale drowned after being caught in lines.