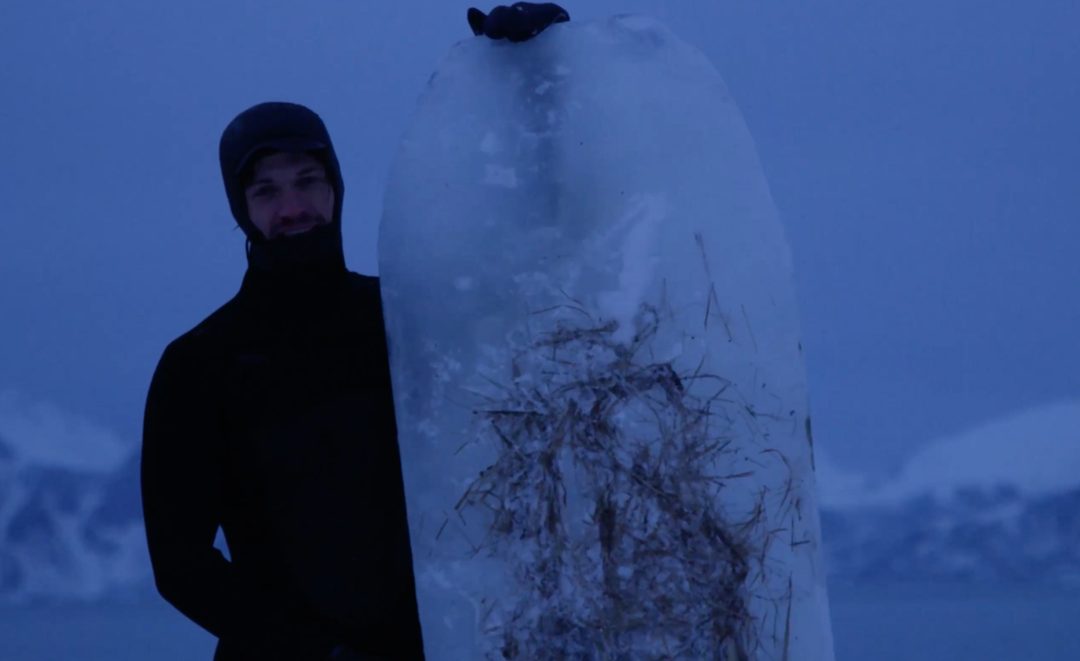 The makers of the award winning film North Of The Sun are planning a new short documentary.
The idea is simple; they want to make surfboards out of ice.

In February-April 2019, the coldest months in the arctic, we are collecting a group of surfers, a local surfboard shaper, a professional ice sculptor and some dedicated film makers.

The surfers are chosen by their creative surfing style, and we will try to explore new shapes, moves and styles on frozen surfboards. We know it will work, but maybe we need to make the boards stronger? Maybe we can make them lighter by adding air bubbles? How long will they last in the water? All these things will be a part of the film.

The boards will probably be the world’s most eco friendly boards, made just with water and the cold temperatures outside. We will experiment with different techniques, with and without fins, long and short boards, sand on the board to get grip, and maybe LED lights inside them to get some amazing night shots under the northern lights.

We have done the first tests now, and the most important remains; we need to get a surfer to actually surf a wave with a frozen board! To do this we have learned that we should have 20-30 boards ready, and a crew to carry the boards out to the ocean, so that the surfers can focus on the surfing. It is so much timing needed! The waves must be good, the board should not be too thick or too thin and the surfer need some help to get enough speed in the water. And last, the boards are so slippery, so we need to find more ways to get grip.

The film will be screened on NRK (Norwegian TV), and hopefully on many film festivals around the world.

You can support the project here: indiegogo.com/projects/ice-edge 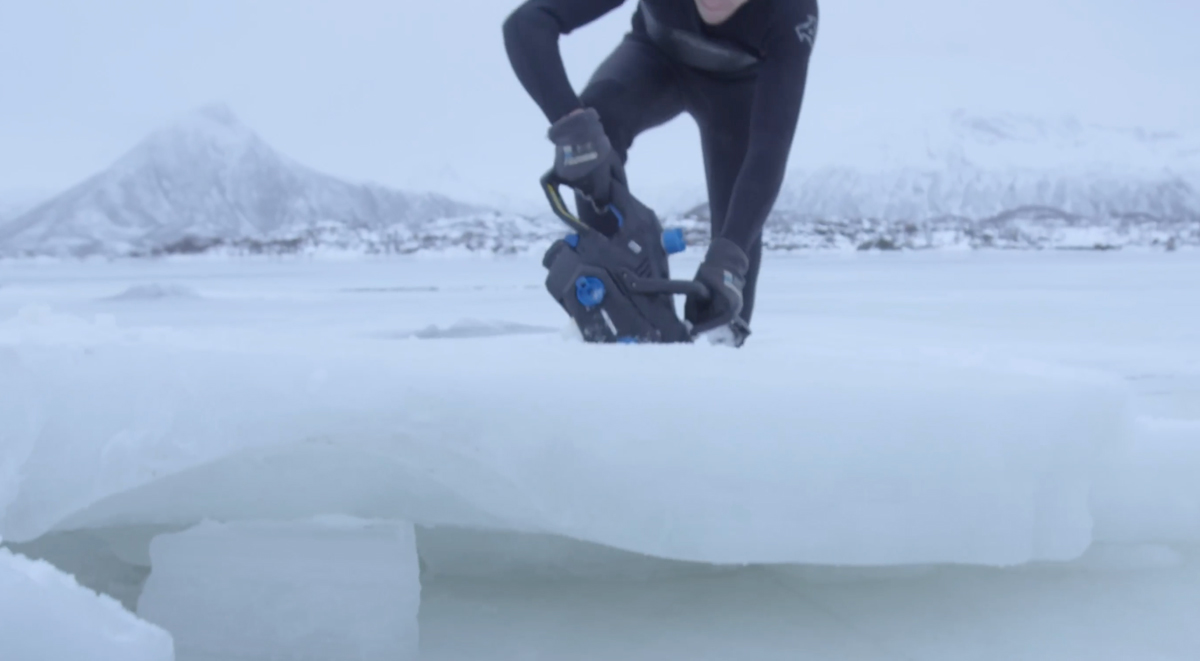 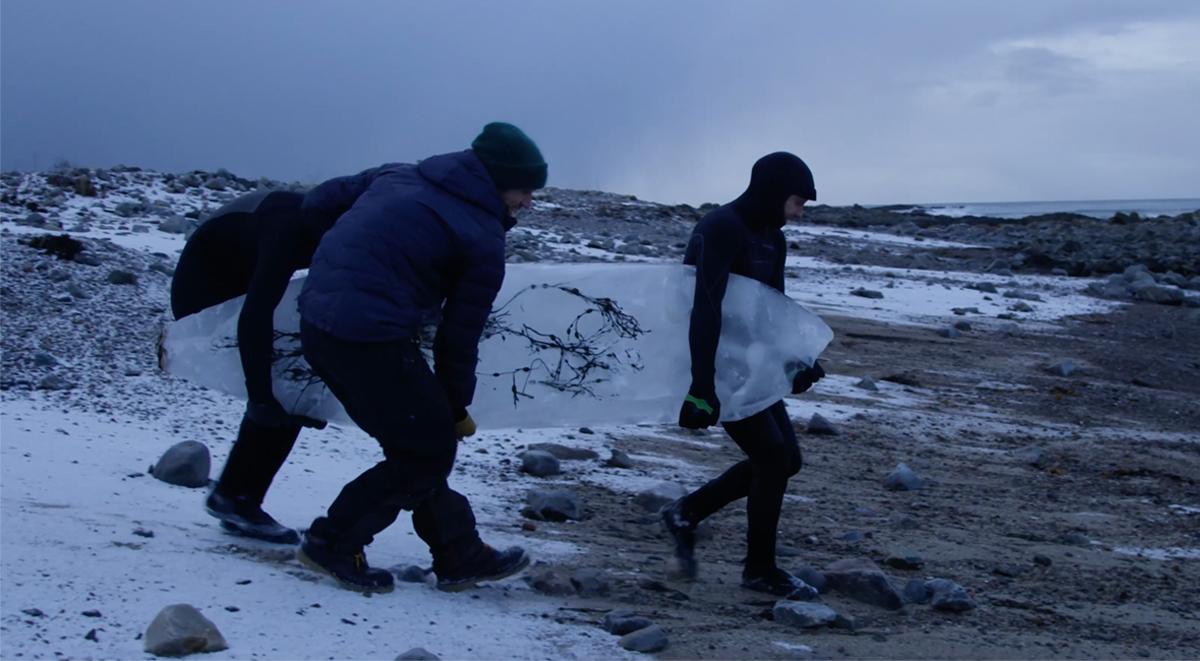 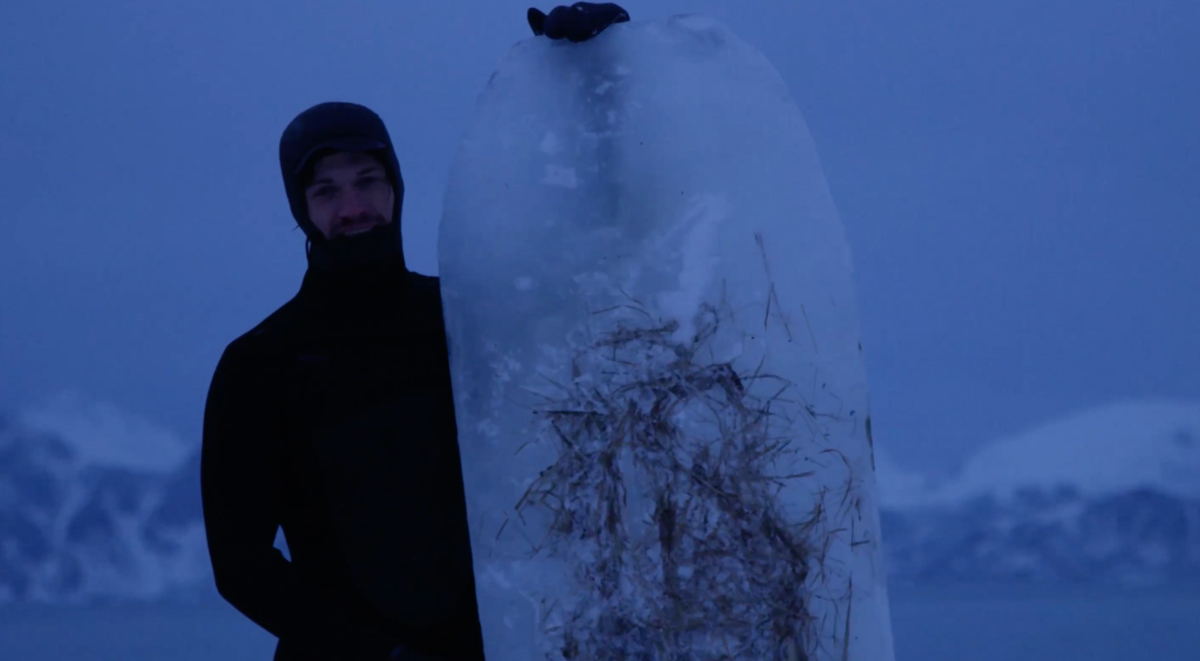