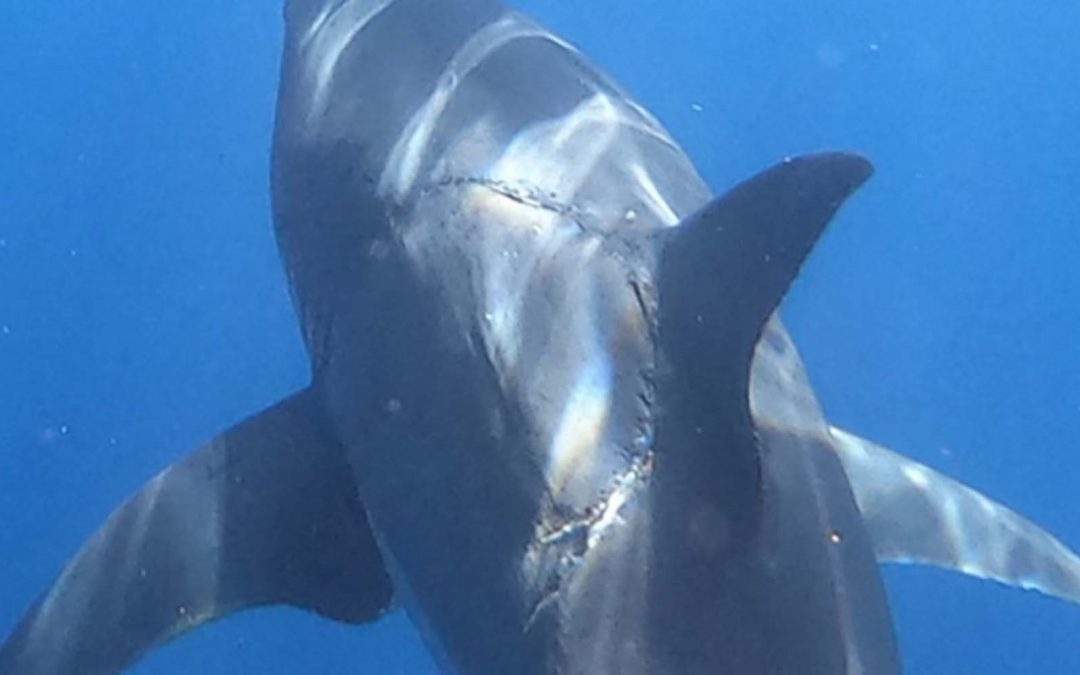 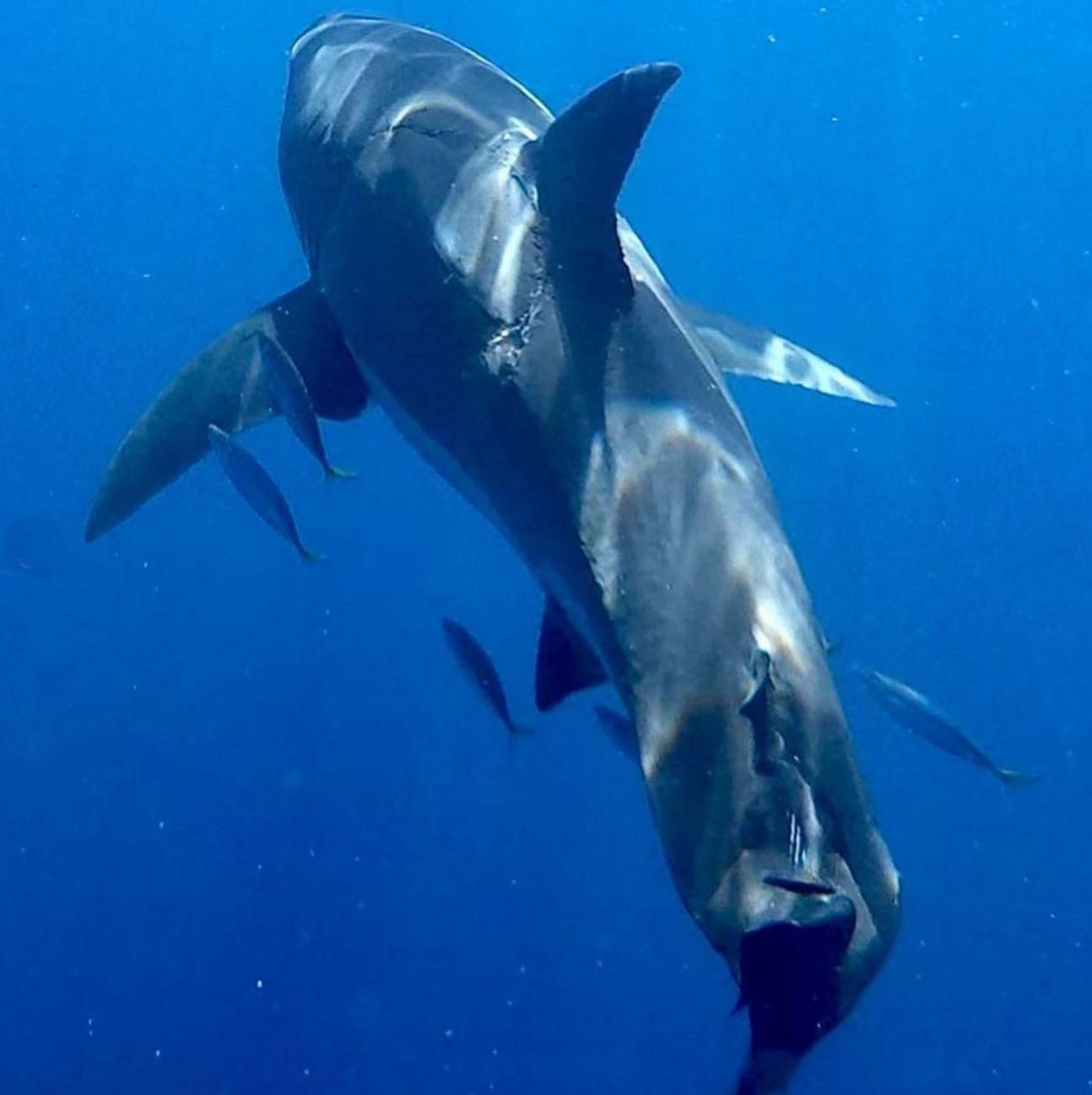 The internet has been awash with theories after a monstrous bite mark on a 15 foot great white shark was photographed and documented off the coast of Mexico by filmmaker, explorer and conservationist Jalil Najafov.

It’s left many people wondering how big does the other creature need to be to leave such a horror gash to another already huge great white.

Jalil, as we all should be is passionate about shark conservation as you can see below.

“Sharks keep our oceans in balance, yet the slaughter of the oceans apex predators knows no bounds: Up to 273 million sharks are killed every single year. Sadly, Europe is at the heart of this wild life crime as exporter as well as a transit hub for shark fins.”

“Our EU Citizens Initiative #StopFinningEU has the power to change it all: Let´s stop the shark fin trade now: Your signature as EU Citizen can make it happen. If you are not from Europe, you can help a lot by spreading the word to reach the 1 million signatures by January 31, 2022!” – Jalil Najafov

head to @stopfinningeu  Bio or stop-finning-eu.org to help put a stop to the shark fin trade.

Holy mother of eating machines, this one is a biggie.

Could a Great White end up in British or Irish waters

Lydia the Great White is heading east. Travelling the rate of 380 miles in 72 hours she “could” be in Cork or Cornwall in seven days. *Note – all the papers are picking this up reporting the shark will be here in three. This is due to my bad maths at 7am this morning

Lydia the Great White is 4.4meters long weighs 2000lbs and is now 1,000 miles away and heading towards the British Isles. Tracked by the scientists at shark research organisation Oceach since the shark has travelled more than 19,000 miles since she was tagged.

Currently Lydia is closer to Europe than North America and is just above the North Atlantic ridge. If she swims over that then technically she will be the first recorded great white to cross the Atlantic.

Although there has been much conjecture about great whites, who travel thousands of miles in their lifetime, appearing in British and Irish waters there has been no confirmed evidence. So Lydia is providing scientists with invaluable data.

Dr Gregory Skomal, senior fisheries biologist with Massachusetts Marine Fisheries, told BBC News: “No white sharks have crossed from west to east or east to west.
“Although Lydia is closer to Europe than North America, she technically does not cross the Atlantic until she crosses the mid-Atlantic ridge, which she has yet to do.
“She would be the first documented white shark to cross into the eastern Atlantic.””

The shark first tagged in Jacksonville, Florida and named after the founder of Bradley University, has travelled 380 miles in the last 72 hours. IF she continued at that rate she COULD be in the water off Cork or Cornwall less than three days.

You can track Lydia and other sharks world-wide on the fantastic Ocearch tracker here www.ocearch.org/#SharkTracker

Lets just hope mainstream media don’t blow this out of proportion, and she survives the factory trawlers.

Lydia being caught and tagged