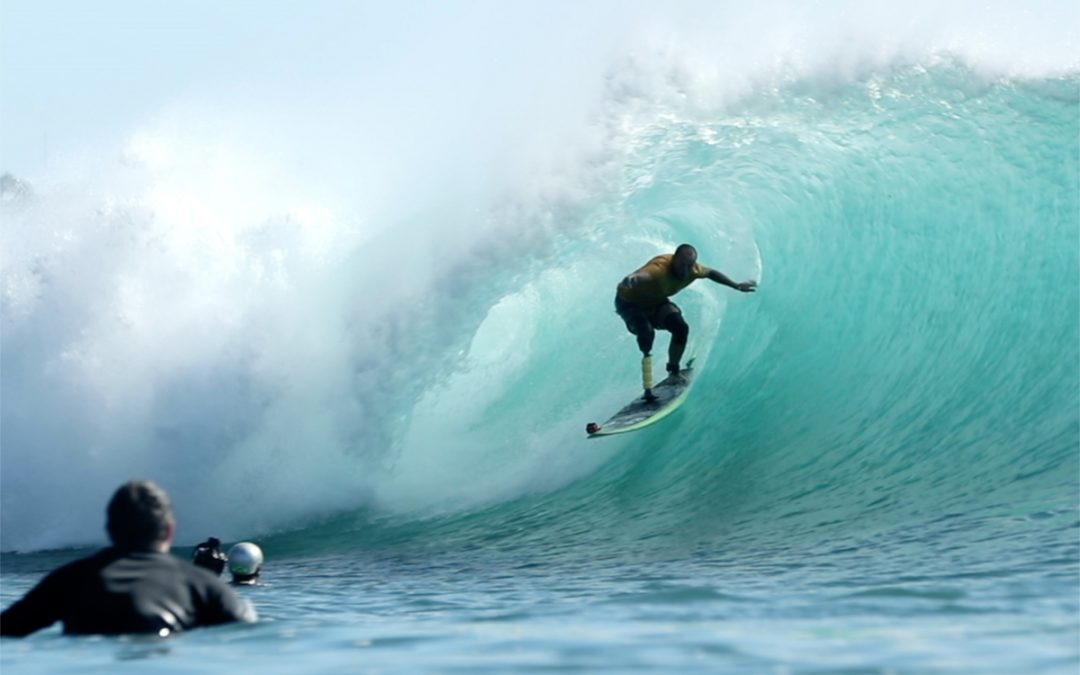 Fabrizio Passetti began surfing when he was 13, shortly after moving to Varazze, one of the best surf spots in Italy. A motorbike accident a few months before National Championships years later in Italy would change his world forever. The day of his 18th birthday, on September 9, he was told his leg had to be amputated. Years in hospital ensued, infections, painful rehabilitation. For a year and a half he couldn’t even wear a prosthetic limb, but the most painful part was that he couldn’t get back in the sea.

Finally, in Switzerland, thanks to a great professor, Sebastiano Martinoli, the infection healed. They managed to thoroughly clean the bone and treated him with sea water. Thanks to Martinoli, the part of joint he had left was intact (his amputation ends in the middle of the kneecap, which allows him only about 60% of movement). He started walking again, rather well, and a normal life resumed. I travelled and started a rewarding career as chef, working in Italy, Vietnam, Laos, Cambodia and Thailand.

In the meantime, one way or the other, I was trying to get back at sea with any kind of device: He practiced bodyboarding, using a resin prosthetic leg with a fixed foot which allowed no movement, and which he would lose every time I was at sea. The bigger the waves and harder the conditions, the more stubborn he became, but sometimes the frustration was unbearable.

You can see by the edit of Fabrizio at Padang Padang, he’s well on his way. Nothing is impossible, we salute you Fabrizio, long may you pull in. 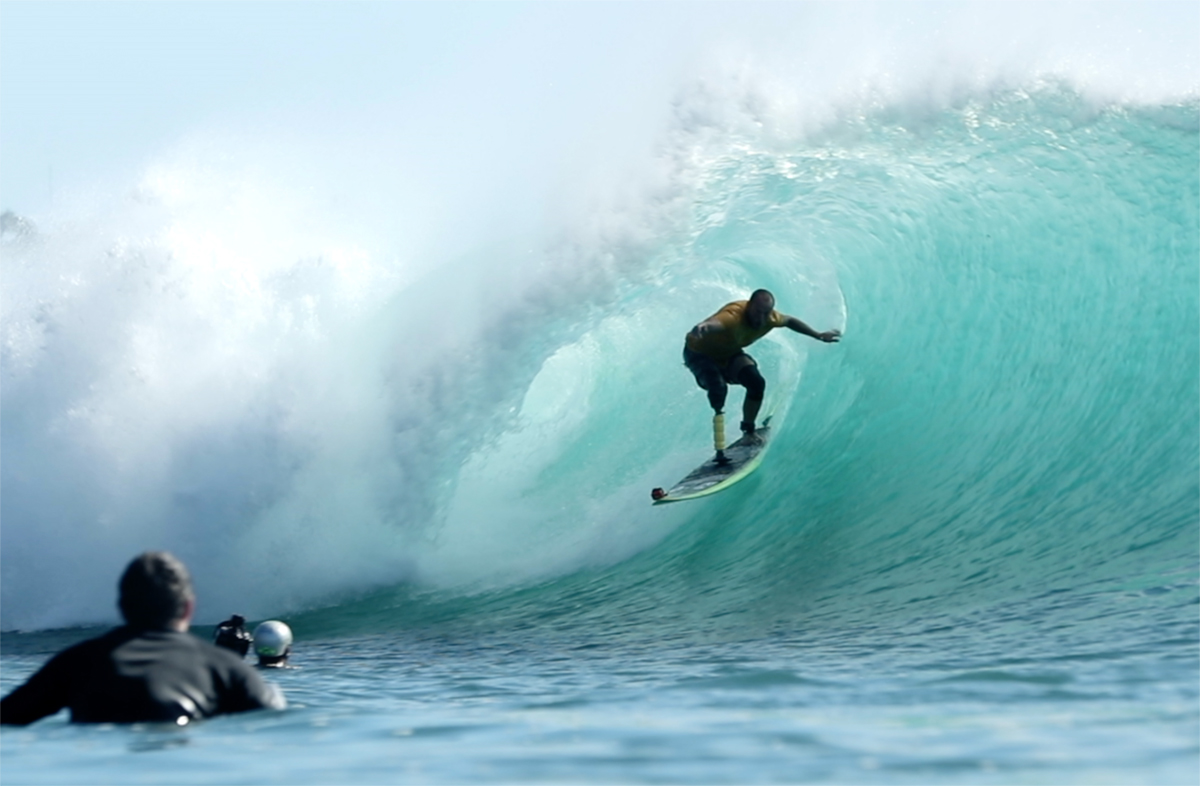 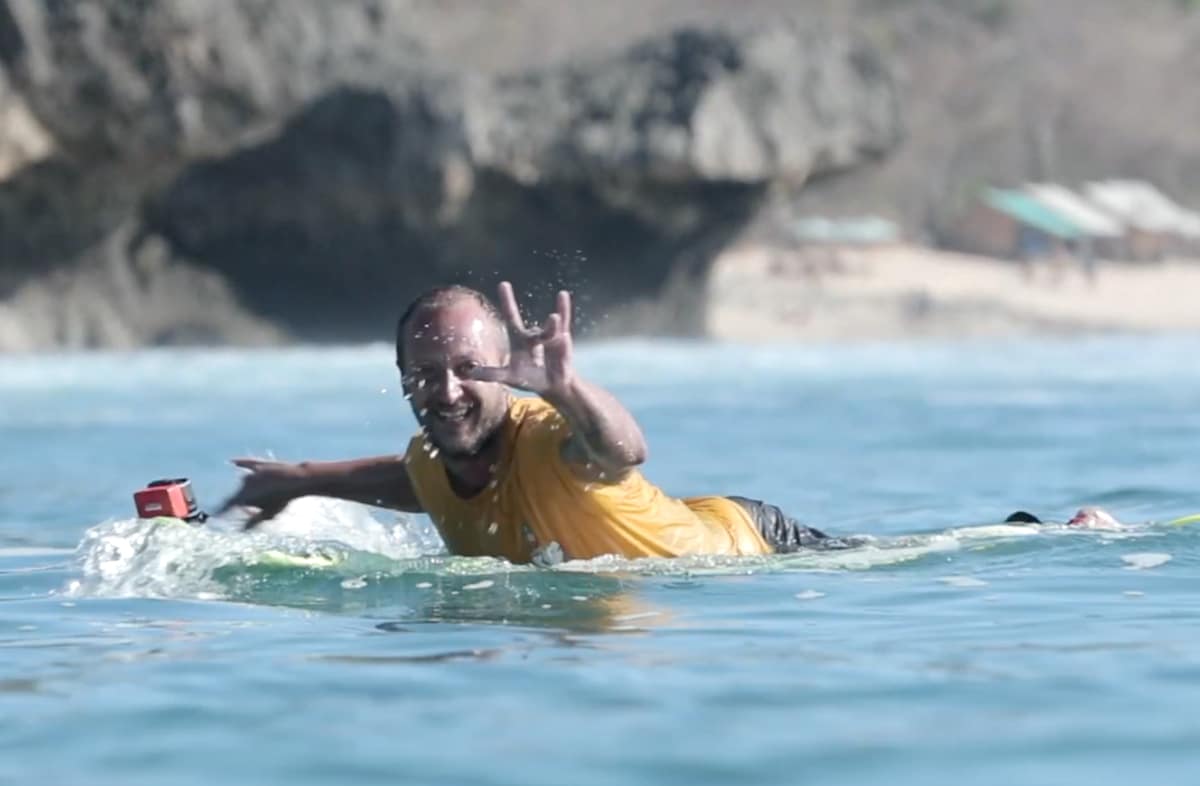