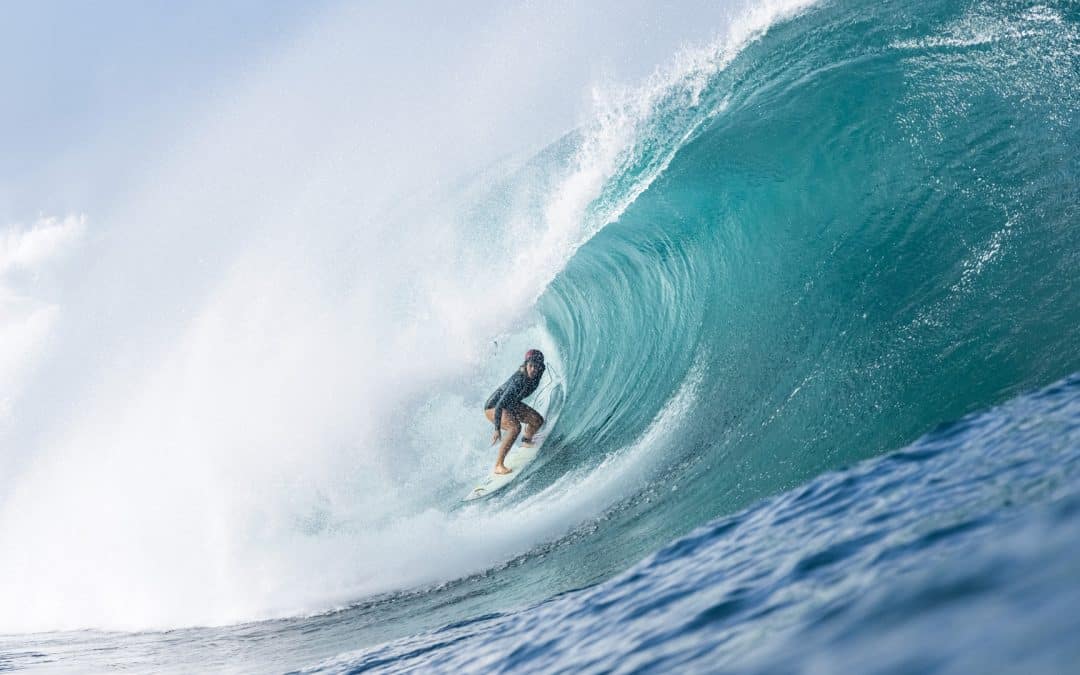 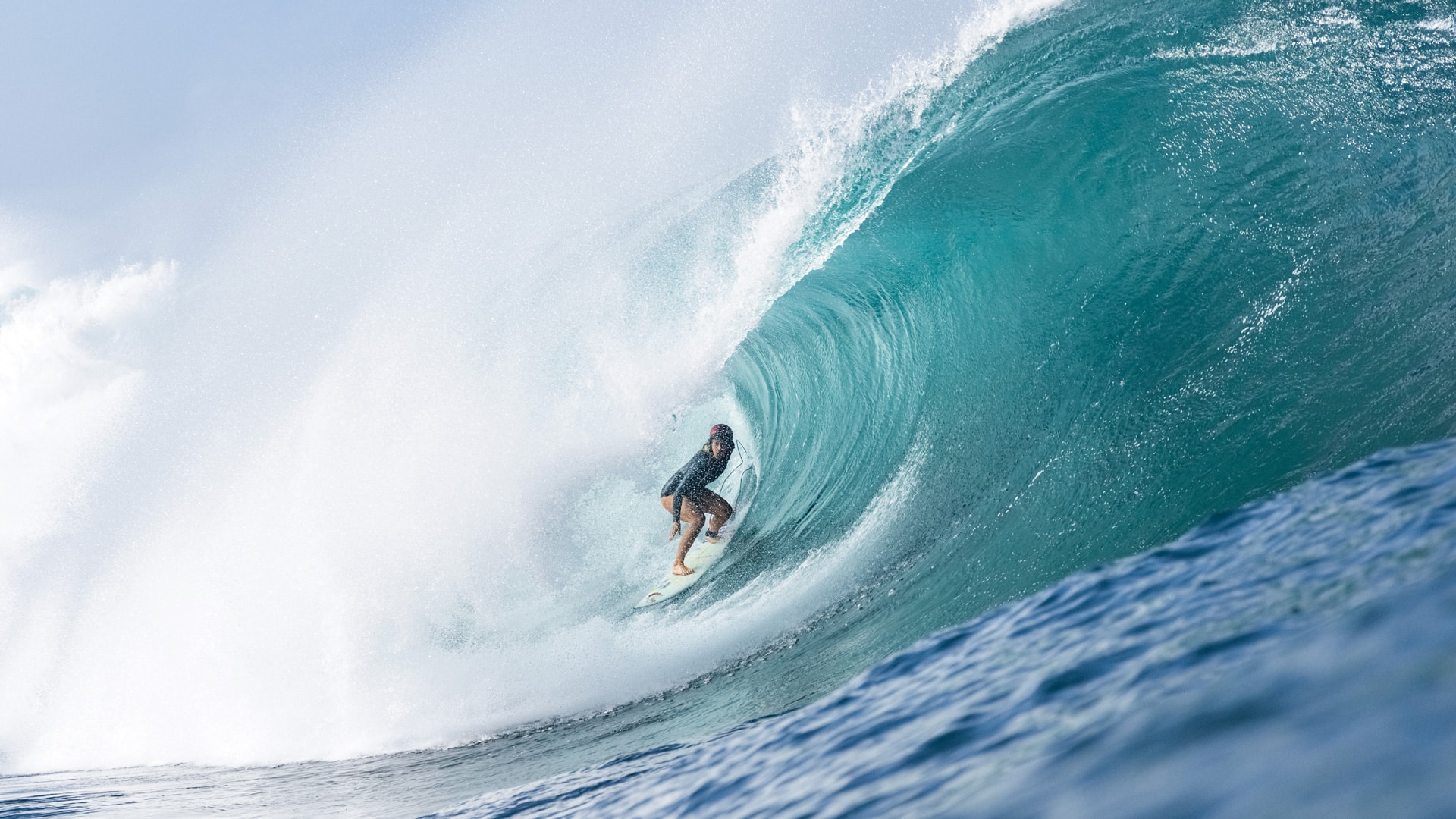 Hawaiian surfer Bethany Hamilton has been riding with Rip Curl since 1999. After being scouted at a Hawaiian junior surfing event, she signed on with the brand at just nine years old. Today, 23 years later, Bethany and Rip Curl have just inked a new five-year deal that will see their partnership grow into an exciting new phase.

“I have just been kind of in awe that we have been together this long,” says Bethany. “It feels amazing to have been with Rip Curl for this long, and it really feels like we align on so many different levels. I love how the brand is approaching the environment of young women in surfing and really supporting females in the water – that’s something we are really focusing on together.” 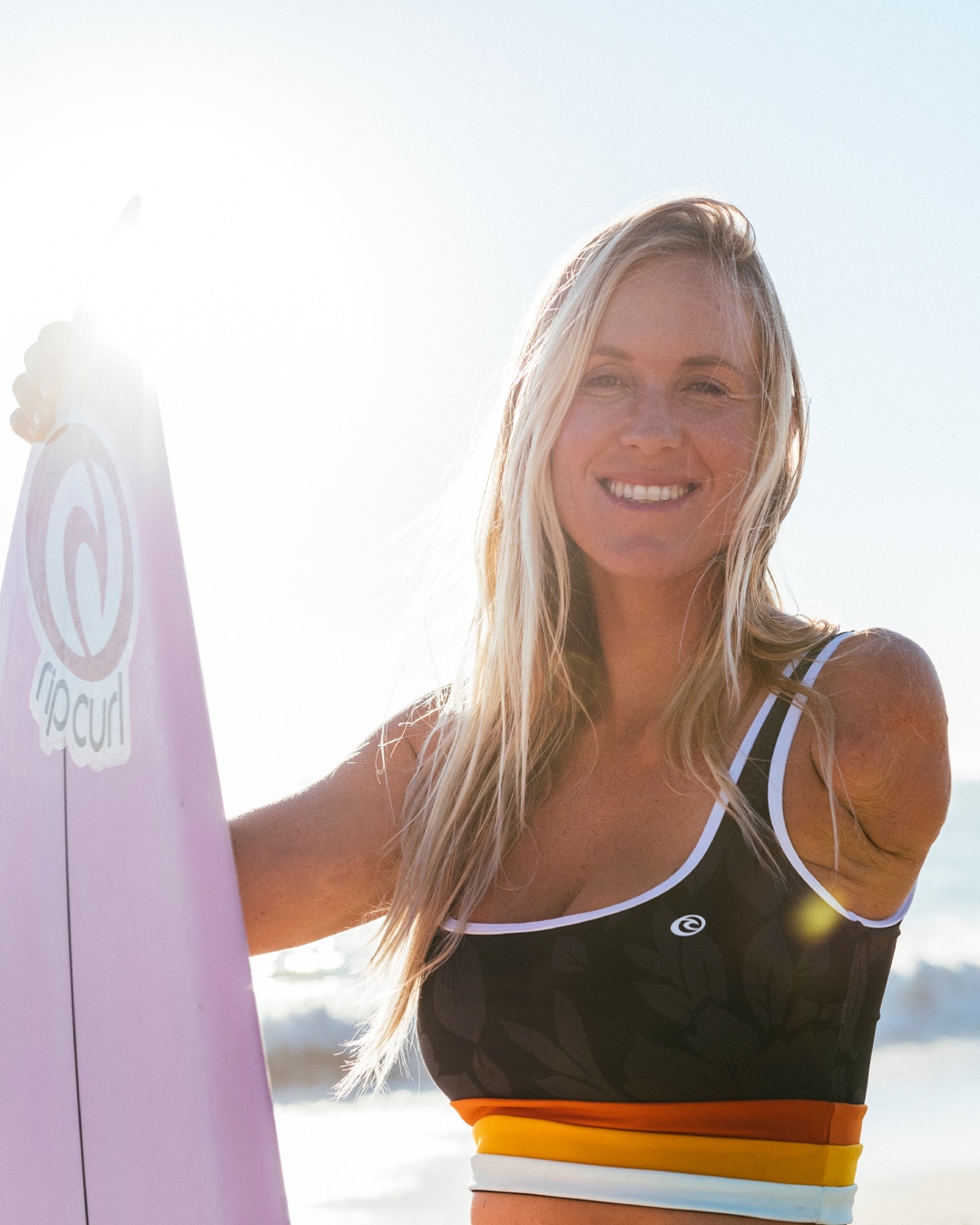 Over the next five years Rip Curl and Bethany Hamilton will collaborate across video projects, surf trips, surfwear collections and more. Soon Bethany will launch a Masterclass for the next generation, where women can learn from her experiences both in and out of the water – this is due to launch on the Rip Curl YouTube channel in late February.

“I am really energised with what we are hoping to achieve together over the next few years,” continues Bethany. “In the water I haven’t really set any huge goals at this point, but I’m always ready to charge. Outside of my surfing goals, I love finding ways to empower young women to live their best lives, to overcome challenges and to learn how to have fun in the process.

“I’ve been thinking a lot about my future and what I hope to do with my career, and I feel like with this new deal, I’m exactly where I’m meant to be.”

Rip Curl echoes this sentiment, and is looking forward to what can be achieved in the next five years of this long partnership. “Bethany is all about pushing boundaries,” says Ryan Fletcher, Rip Curl International Team and Events Manager. “And not just for herself, but for women’s surfing in general. That’s something we want to support at Rip Curl.

“She has obviously had fantastic success in WSL Championship Tour events in the past, including a historic semifinals finish at the 2016 Fiji Pro, but her ability to surf the way she does, train as hard as she does, and be a wonderful mum and wife – it’s all a part of the inspiration that is Bethany.”

Stay tuned to Rip Curl and Bethany’s channels over the coming months for exciting new content designed to inspire women in surfing, both in the water and out.

Stay up to date with Bethany and Rip Curl: 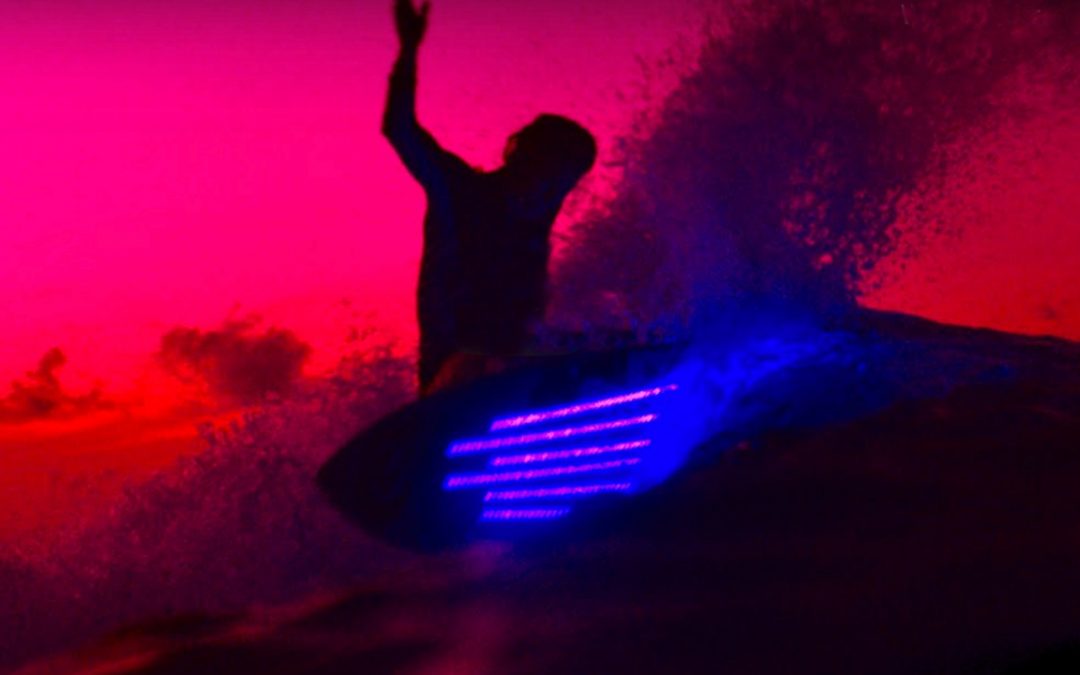 From the mind of Aaron Lieber comes, IN THE NIGHT, a bonus scene from the documentary, Bethany Hamilton: Unstoppable. Inspired by the night surfing scene in Soul Surfer as well as other night surfing projects director Aaron Lieber has worked on. IN THE NIGHT captures Bethany Hamilton and Lakey Peterson surfing Pasta Point; one of the best waves in the Maldives. There is just something magical about the idea of riding waves in the dark that make you feel like a kid again and although night surfing has many challenges the end result is both cinematic and inspiring. 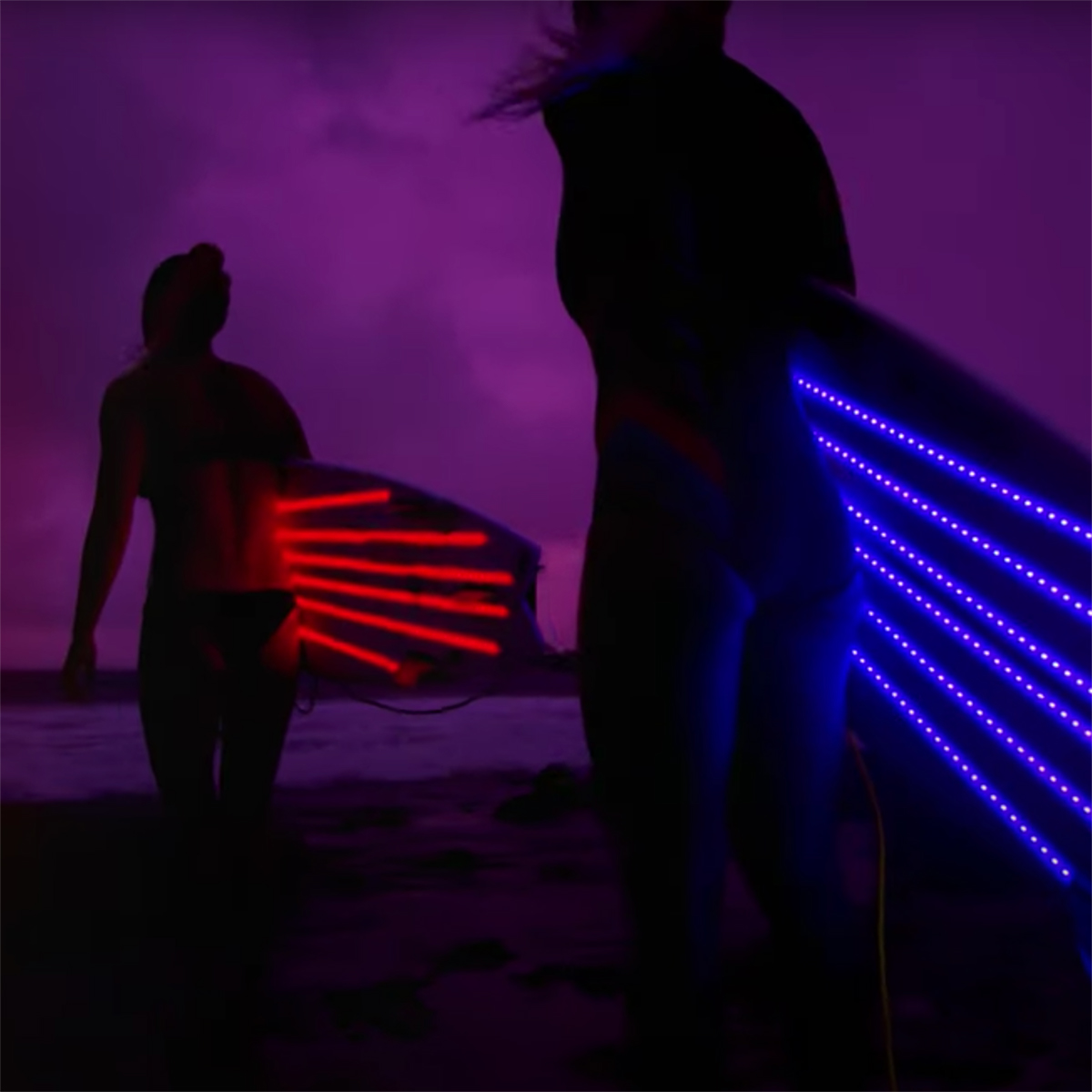 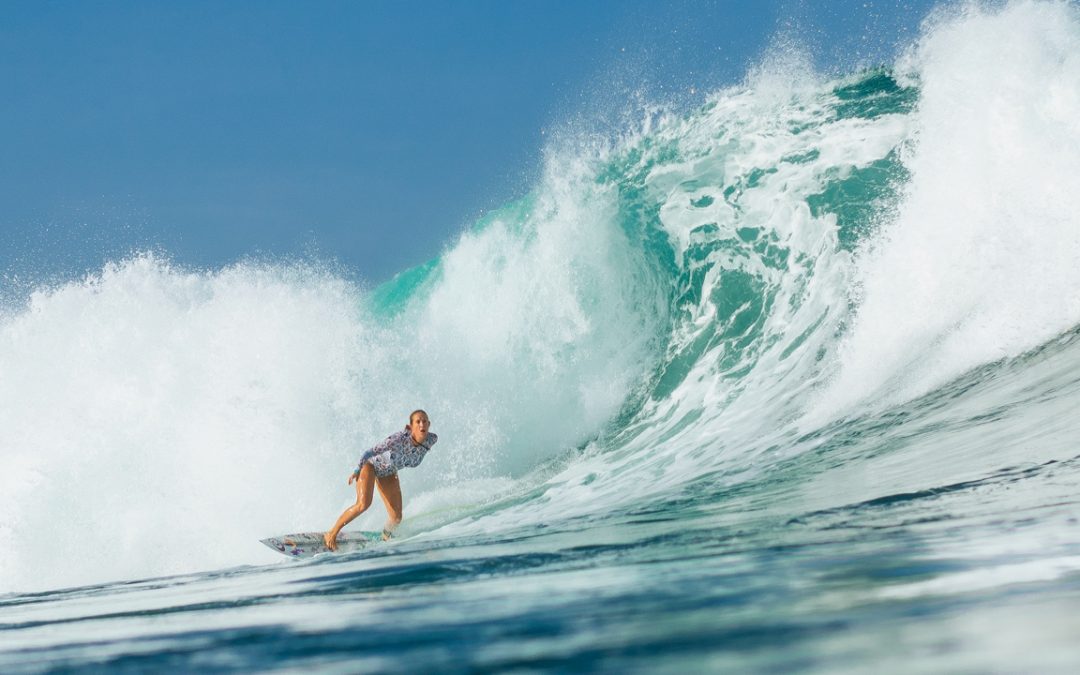 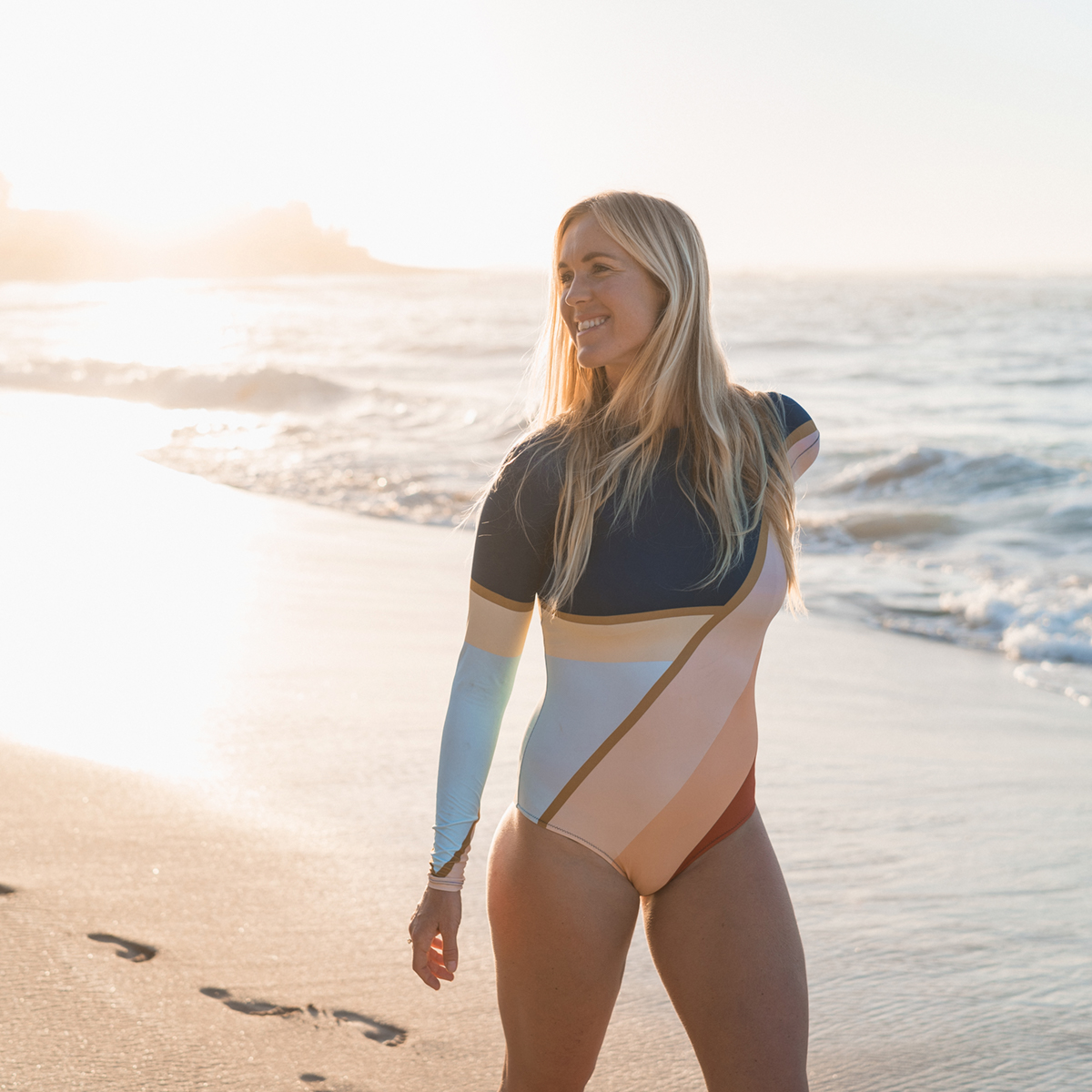 Bethany Hamilton has just announced that in 2020 she will be competing full-time on the WSL Qualifying Series, with a clear goal of qualifying for the WSL Championship Tour in 2021. This announcement comes just days before the release of her new feature film, Unstoppable, in theatres around Australia.

“I think a lot of people think I’m just here in Australia doing film promotion,” said Bethany. “But my number one reason for being here is to compete. I’m so excited to be back competing and to be back putting a real focus on it. It’s my goal to qualify this year.

“I feel like I’m surfing better than ever, and I think I could do well on the World Tour. It would be so amazing to be a part of it. The level of surfing has gone up so much, from the QS through to the CT, and every heat is amazing to watch.”

The last time Bethany competed on the QS with any serious undertones was in 2010. Since then a lot has changed in the sport of female surfing.

“It’s such a momentous time in women’s surfing,” Bethany continued. “With equal prize pay and the talent that is in our sport, it’s a really special time. I just like watching all of the women on Tour and it’s incredible just to surf with them – even outside of a heat. Their surfing is so amazing to me that it’s really compelled me to want to be a part of it.

“I put a lot of time into competitive surfing when I was younger, then in my 20s I really just dabbled. It’s really interesting to be 30 years old and really giving it a stab, but this time with two kids and a husband on the road with me.

“It’d be insane to qualify, but I’m okay with it either way it goes. I haven’t had a great start in these first two events but it’s such a long year and all it takes is two great results. I’m just staying calm and chipping away at some of the goals. I had a broken elbow injury that I’ve been recovering from over the last few months, and it was tricky not being able to do heat drills and event prep before the events. It’s so nice to be back in the water now though… I feel like I have a freshness in my surfing.”

But that’s what Bethany is used to. She’s built her career off making people ask that question – and she continues to break boundaries and push the limits of what’s possible.

This latest announcement falls in the same vein. If Bethany qualifies for the WSL Championship Tour she will not only solidify herself as one of the world’s best surfers, but she will be an inspiration of what’s possible for all the women out there asking the question… can I do it? Fitting, then, that this announcement falls on International Women’s Day.

“International Women’s Day is such an awesome day to celebrate your femininity. I just look at it as an encouraging day to be your most amazing self, in whatever you’re doing. A reminder to celebrate the beauty of those around you being their best selves…”

Between competitions Bethany has also been attending Q&A screenings of her new film Unstoppable along Australia’s East Coast, chatting to locals from Avoca through to Newcastle and Sydney and sharing her story.

“Being here in Australia is really exciting with the film coming out. It’s the first international release that I’ve been a part of, and it’s been packed houses every night. Australia is such a surf-oriented country so it’s really exciting to be able to share my film with people who are so connected to the ocean.”

Bethany’s new film Unstoppable is premiering in theatres around Australia from March 13 – 15, and in New Zealand on March 26.

Good luck on your bid for qualification on the World Tour, Bethany. We can’t wait to see you compete against the world’s best around the globe. 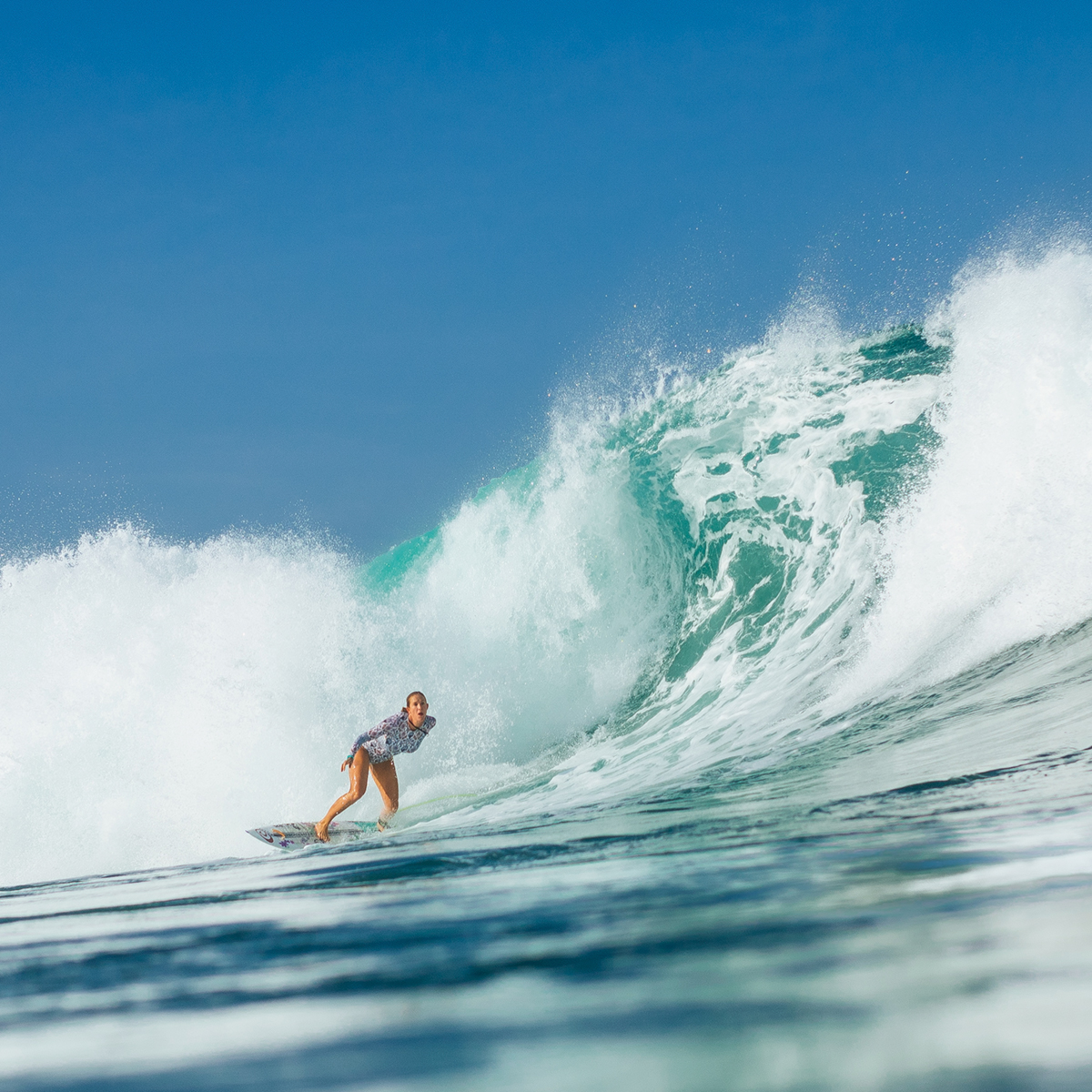 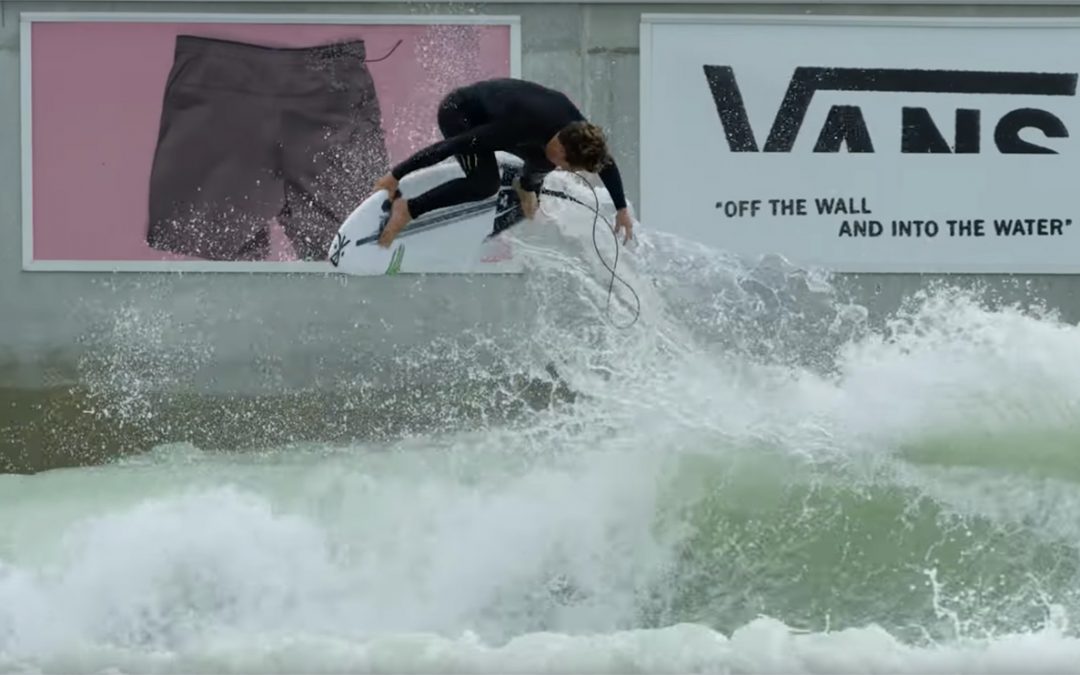 Watch on as some of the finest rotate, flip and fly through Texas. Surfing the BSR surf resort wave pool in Waco, with Parker Coffin, Bethany Hamilton, Bobby Martinez, and Jett Schilling! Schweeeeet as, hit play.