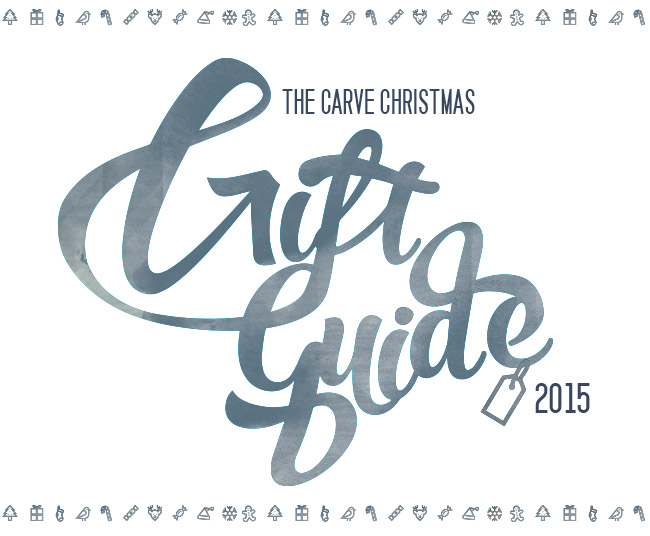 It’s nearly that season, when you have to put your Christmas wish list in front of your partner/mum/granny so you don’t just end up with the Lynx gift pack from Boots… again. Cast your eyes over these delights! Wouldn’t you prefer to get something like this on Christmas Day?

Boardmasters 2015 and World Surf League (WSL) have confirmed its initial competitor line up for the Boardmasters International Surf Competition including WSL Longboard Pro Men’s and Women’s LQS1,000 event taking place at one of the UK’s most stunning locations, Fistral Beach, Cornwall from Wednesday 5 – Sunday 9 August.

Known for being a truly international competition, Boardmasters will not disappoint its surf fans this year as the worlds first-class athletes are confirmed to compete. For the five days of Boardmasters, Fistral Beach will be transformed into a surfing mecca as record numbers of fans, family and friends come to watch all the sporting action unfold.

For the past few years, local Longboarding legend Ben Skinner has dominated the top spot in the men’s competition and as Boardmasters with the WSL prepare to host this year’s event, Skinner has confirmed he will be returning to defend his title. However, he’ll have stiff competition from Devon local Jack Unworth and French riders Eduard Delpero, Charles Dorange and Heiko Bertschinger.

This year, Boardmasters will also shine a light for the first time in its history on women’s longboarding with WSL hosting a ladies competition, presented by Surfgirl alongside the men’s. Cornwall’s own Ashleigh Bennetts, Emily Currie and Katrina Beddoe are all confirmed to show off their agility, strength and poise in the water in what is looking set to be an exciting new category.

Boardmasters is thrilled to welcome back current champion, Jock Barnes for the Men’s Open presented by Carve. Home favourites and visiting international stars will battle it out for the coveted Boardmasters title including the UK’s most successful surfer, Russell Winter who has just taken the #1 spot in the Night Surf. Twice UK Pro Surf Tour Champion Alan Stokes and Gold Coast ripper Noah Lane are also confirmed to compete. Jock Barnes will also be drying off and heading to the Boardmasters music site, Watergate Bay to give a special Main Stage performance!

Looking at the Rocket Dog Women’s Open category, the UK’s top female pro’s are set to give fans a thrilling battle out on the waves as Boardmasters confirms entries from current UK Pro Surf Tour Champion Lucy Campbell and top rider Hannah Harding.

Boardmasters also prides itself in providing a platform for young and rising surf stars, giving the best of the young talent a platform to compete in a renowned setting.  The under 18 categories, which include the Boy’s Pro Junior (Boy’s U18), new comp Girls Pro Junior (Girl’s U18) and the much-loved Whippersnappers U12 (mixed) event, will welcome rippers from all across the UK. Confirmed to defend his Boy’s pro Junior title is hot talent Angus Scotney. The Norman brothers, Stanley and Bertie Norman will also be battling it out in the Whipersnappers event. Bertie I’m sure hoping this time to beat his brother who holds the 2014 title.

Contest Director, Dave Reed, said: “This year’s Boardmasters is again growing in strength. The highlight will undoubtedly be bringing back two International WSL (formally ASP) events; the Men’s and Women’s Longboard divisions. This will give the opportunity for the best British Longboarders to compete on the International stage in the UK. The future’s bright for British surfing!”

Andrew Topham, Festival Director, said: “Every year we are blown away by the number of entries from both British and International surfers wanting to compete in Boardmasters. The surf competition has been the heart of the festival for over two decades and we’re thrilled to be able to welcome back two international World Surf League events (previously ASP) to the categories. Year on year the surf community continues to produce outstanding talent. Really looking forward to watching Ben Skinner defend his title from the likes of the Delpero brothers on the beach!”

Boardmasters Fistral Beach site is open, no ticket necessary so festivalgoers and locals are free to come down and take in all the sporting action in their own time.  Don’t miss out on this chance to catch world-class surfers, BMXers and skateboarders battle it out up close and personal!

For more information on the surf competitions visit the website